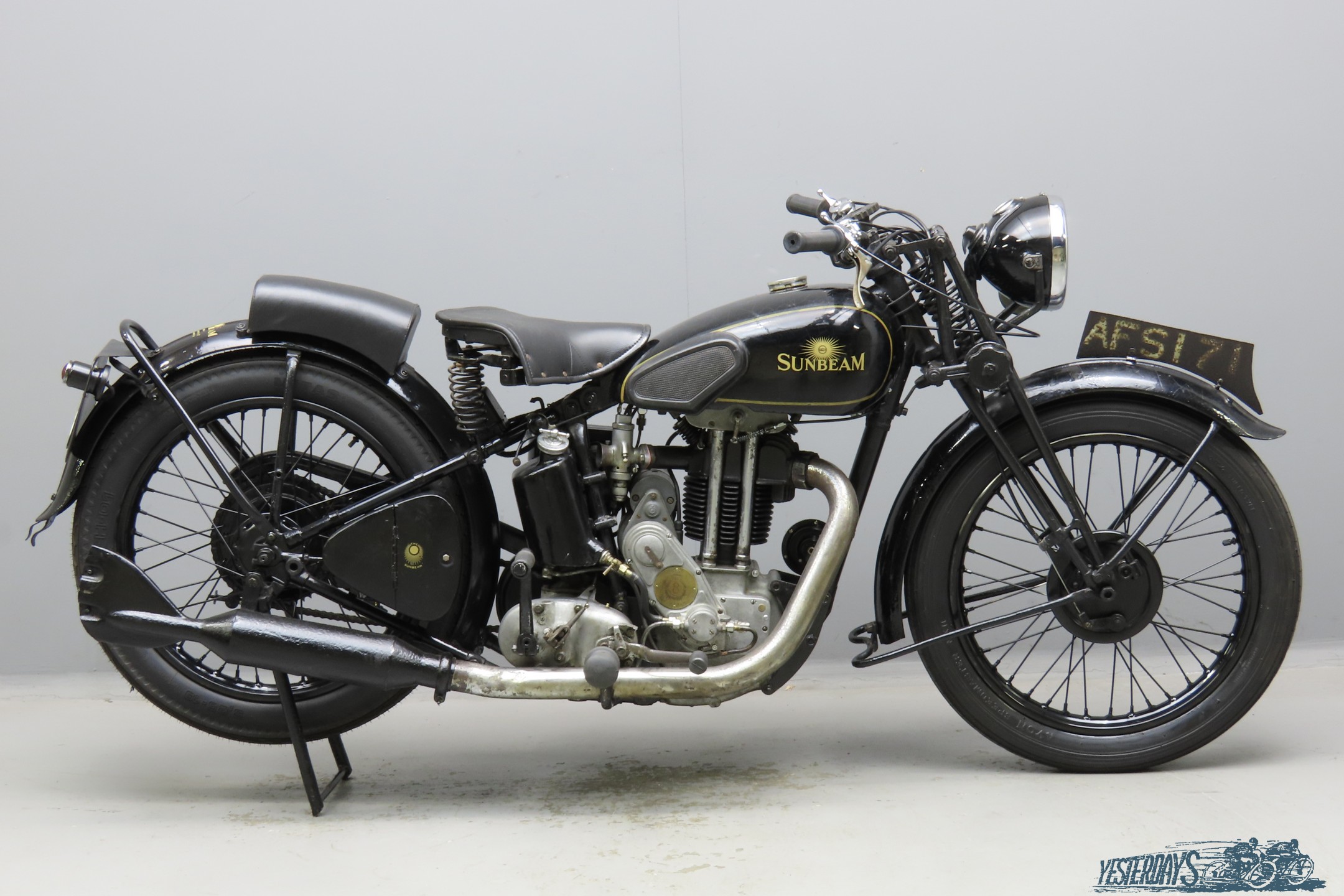 The first OHV production Sunbeams were listed as the Model 8 (350cc) and 9 (500cc) in 1924. The Model 8 with bore x stroke dimensions of 70×90 mm was an excellent sporty tourer, but stayed somewhat in the shadow of its more glamorous big brother.
The Model 8 stayed in production till 1931: that’s to say, in 1933 it appeared again in the catalogue – virtually unchanged- and stayed till 1939. In 1931 and 1932 the 350 cc class was catered for by a new design.
This was the completely new 344cc Model 10, an overhead valve single. The engine had its oil contained in a built-in “sump” cast in the crankcase, sharing this distinction with the 1925 overhead camshaft racers. Apparently the Model 10 didn’t live up to the expectations, because in the 1933 catalogue it was no longer listed and the venerable Model 8 was back. For 1936 a duplex cradle frame was introduced to give more stability and the OHV engines lost the prominent front finning as the result of a more central and larger exhaust with a 2-inch (5.1cm) diameter. Many 1936 models were equipped with a proprietary Burman 4-speed gearbox that replaced Sunbeam’s own. For 1937, all models would be fitted with a Burman box. These Burman-equipped machines all had their rear chain drive on the left side of the machine. The road-registered Model 8 we present here is a somewhat weathered older restoration in good technical condition. A practical prop stand and bum pad are part of the equipment and a new rear tyre has been fitted.