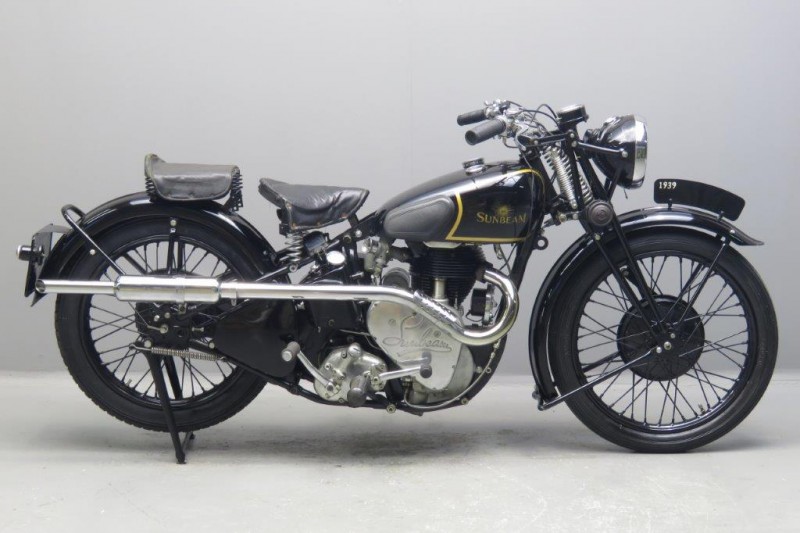 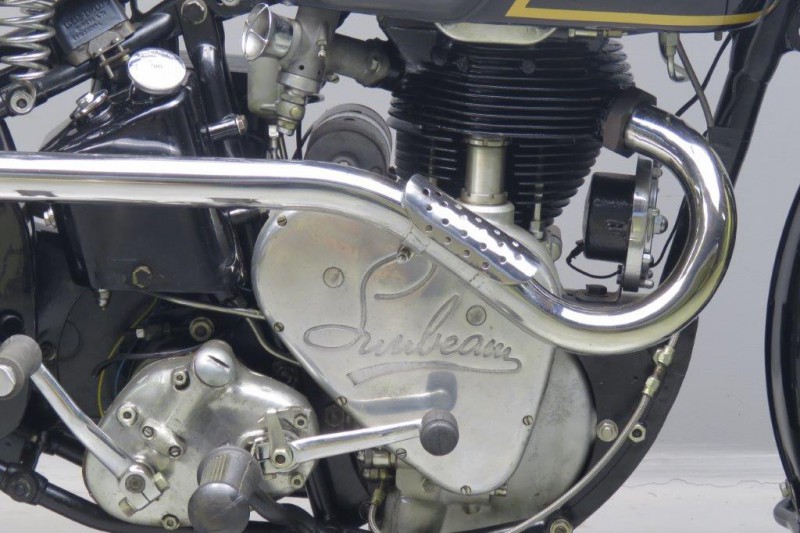 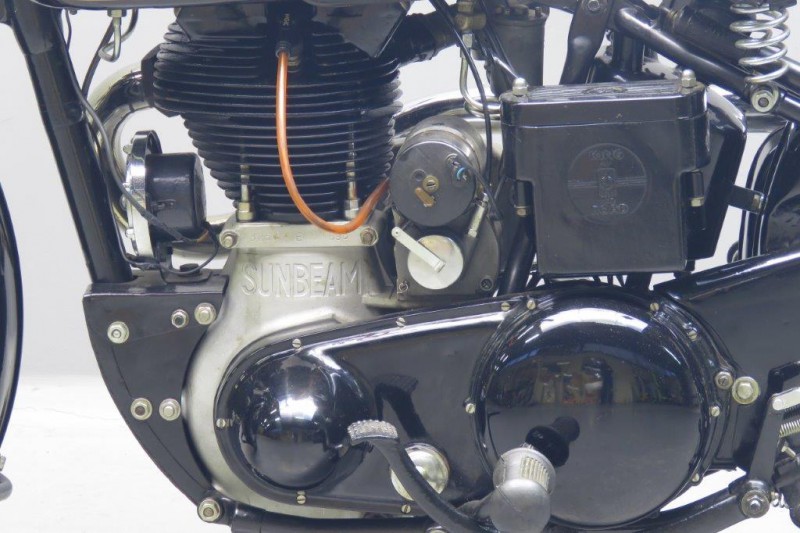 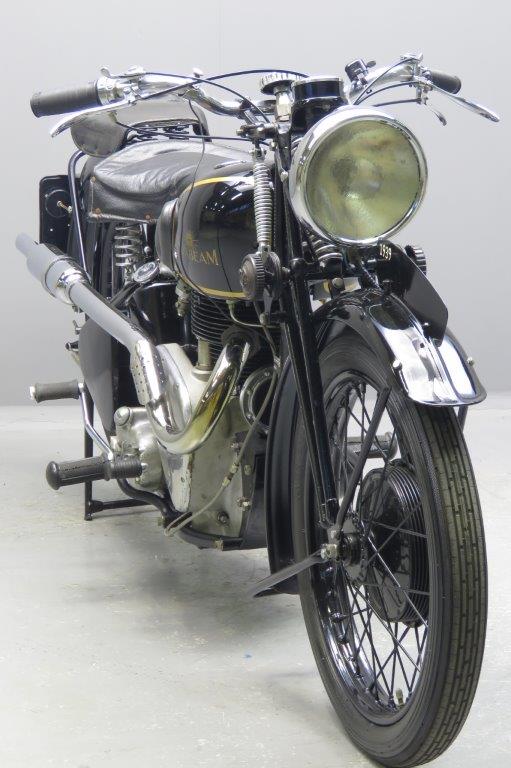 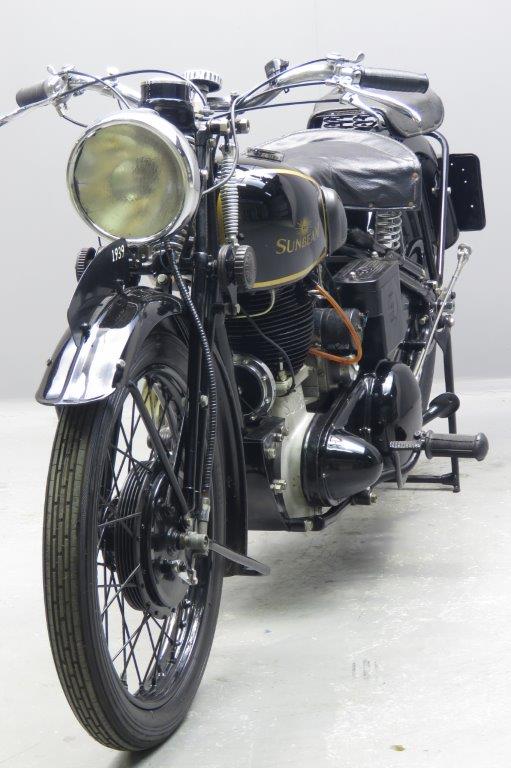 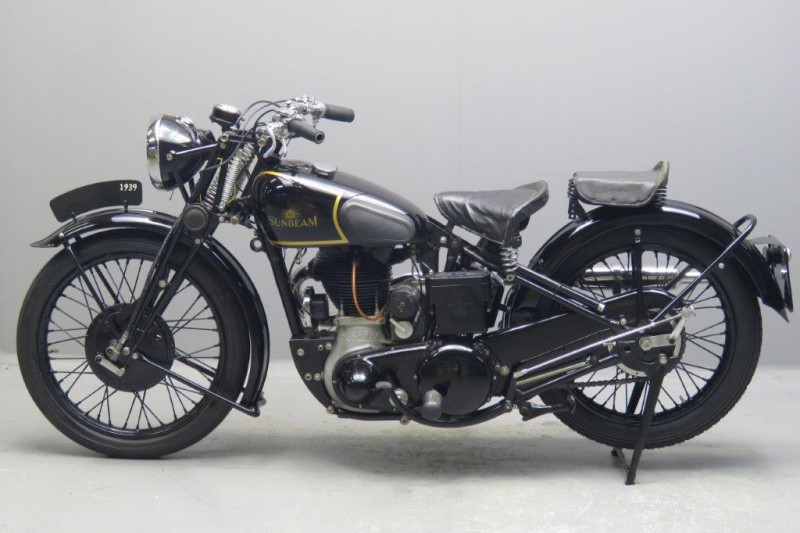 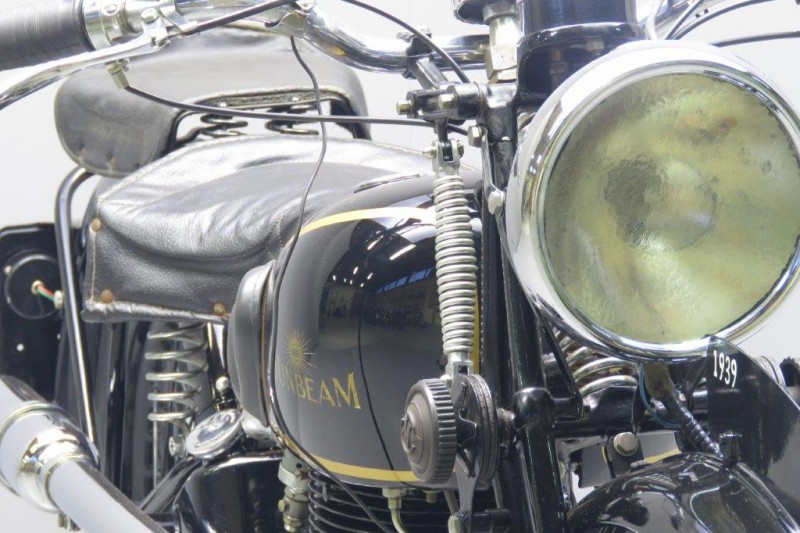 In the mid-thirties Sunbeam  parent company ICI ( Imperial Chemical Industries) decided to dispose of the hardly profitable cycle and motorcycle side.
AMC bought the business in 1937: their main interests being the bicycle dealer  network and the well-established  famous “Sunbeam” name.
Production moved from Wolverhampton to Plumstead. That’s to say, there was so much stock that it was enough to sustain production in London for more than a year.
At the end of 1938 a new line of OHV machines is presented, ranging from the 250 cc B23 to the 600 cc  B28.
The engine is of the high camshaft type with the cylinder barrel sunk deep into the large cranckcase.
It has a  large timing case with “Sunbeam” script   which  contains a long chain that drives the magdyno and is tensioned by a Weller tensioner.
The cycle parts have also  been improved, notably the 8 inch front brake is a good stopper.
The models are offered in standard guise and in Sports (S) and Competition (T) form.
The B 25 S has Sports mudguards, upswept exhaust pipe and a specially tuned engine with  high-compression piston and polished cylinder head and ports.
The “B” series was also catalogued for 1940, but early in that year AMC needed its full capacity to produce the Matchless G3 army models; the Sunbeam  tools and production lines were dismantled, never to be used again…

This  machine is  an older restoration and is equipped  with a four speed foot change Burman gearbox which was standard with Sunbeams from 1936 on.