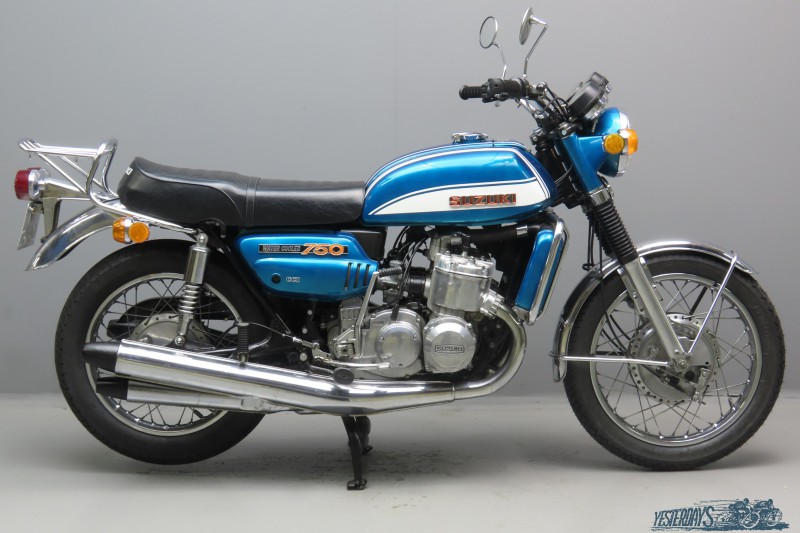 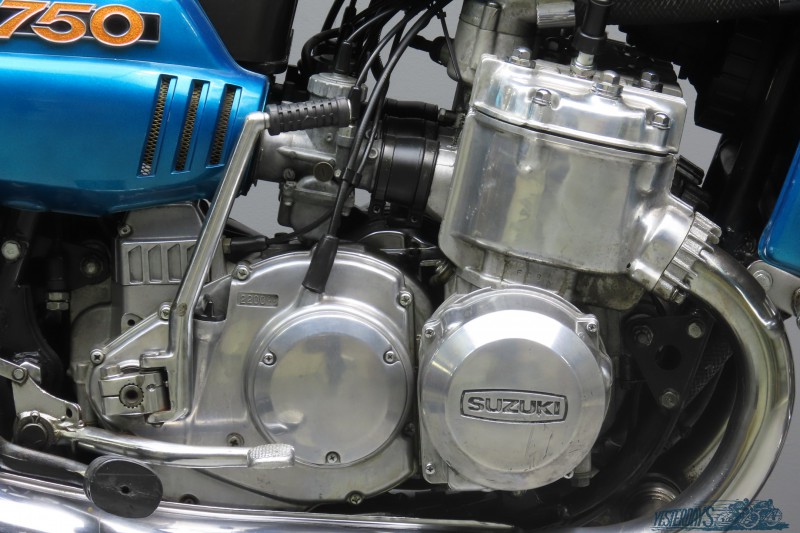 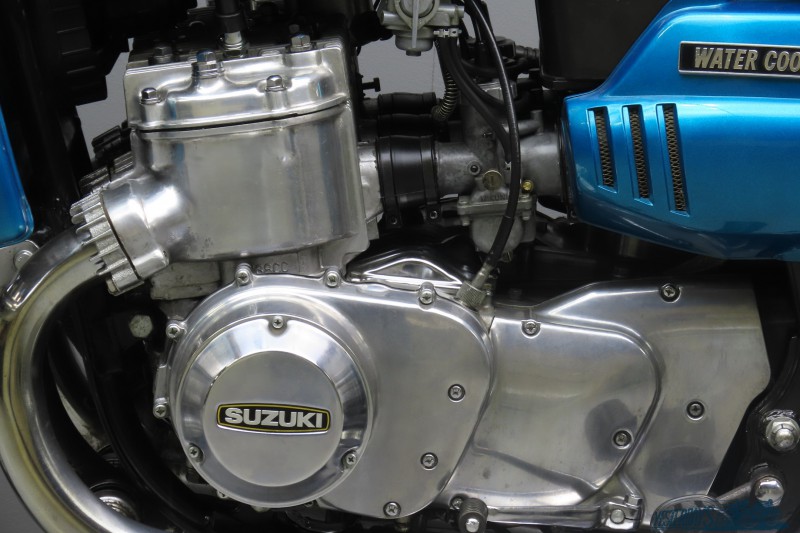 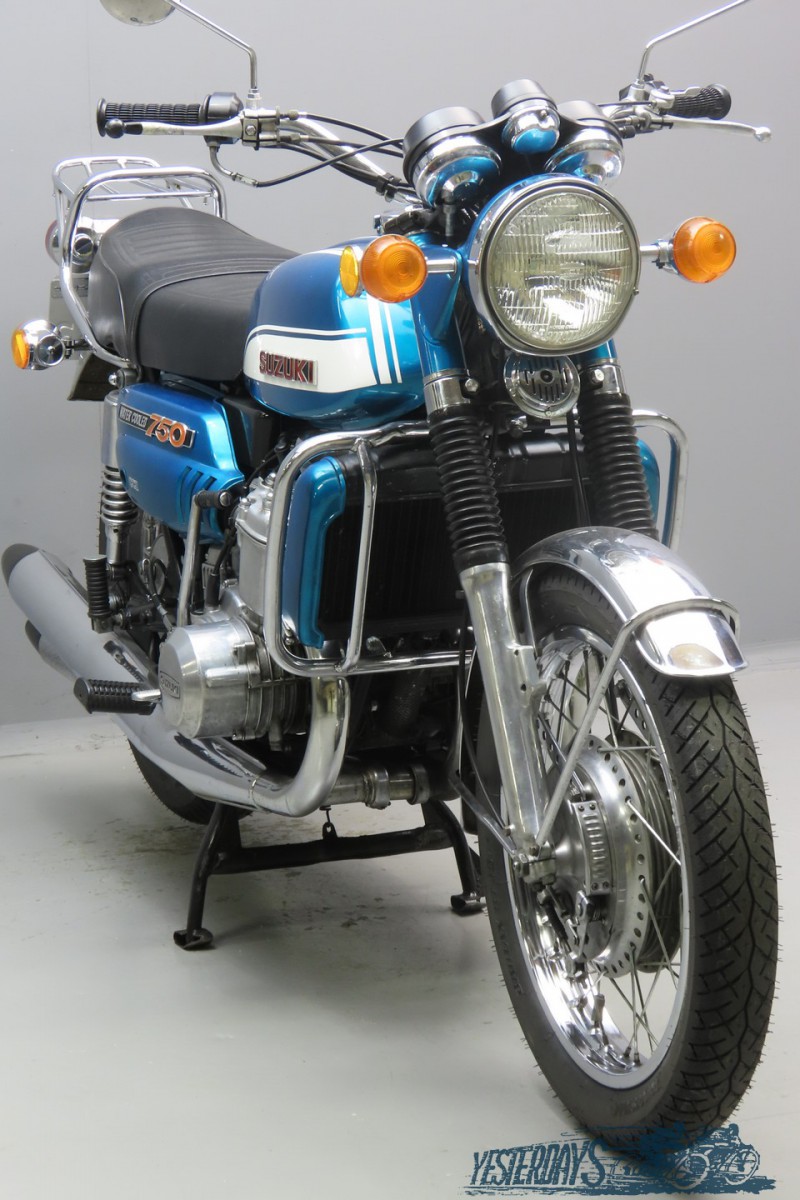 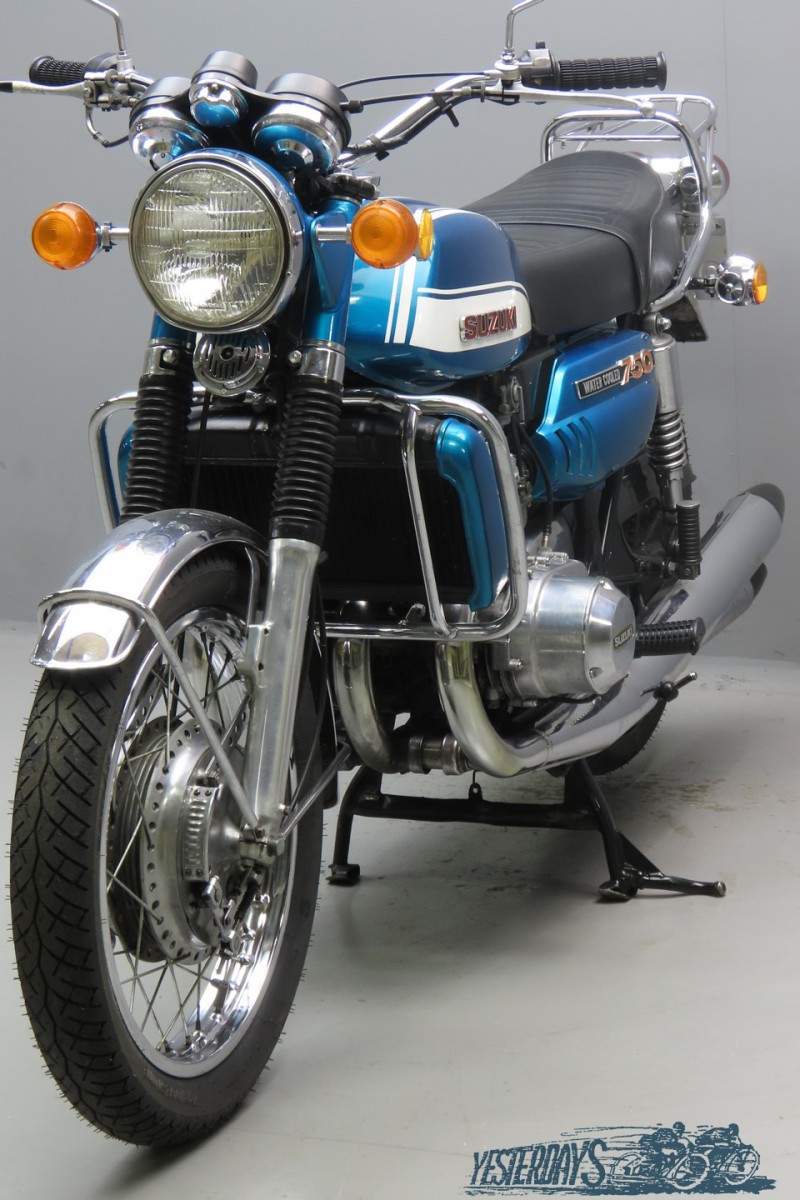 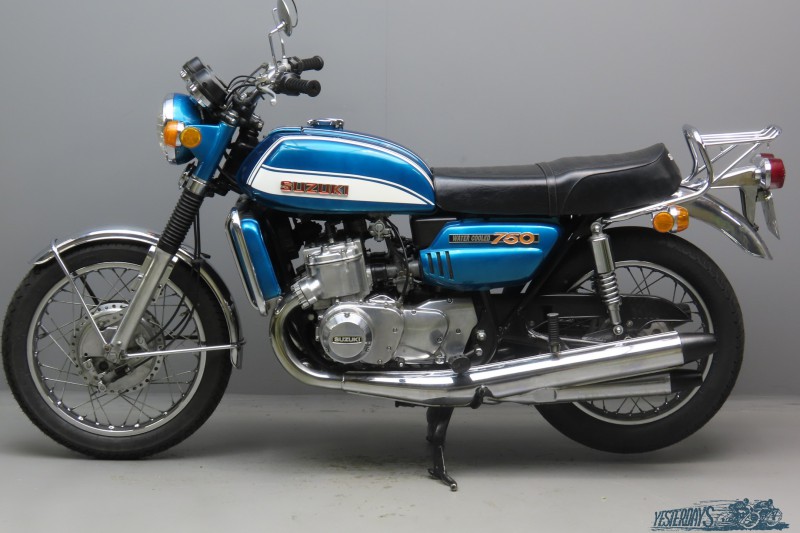 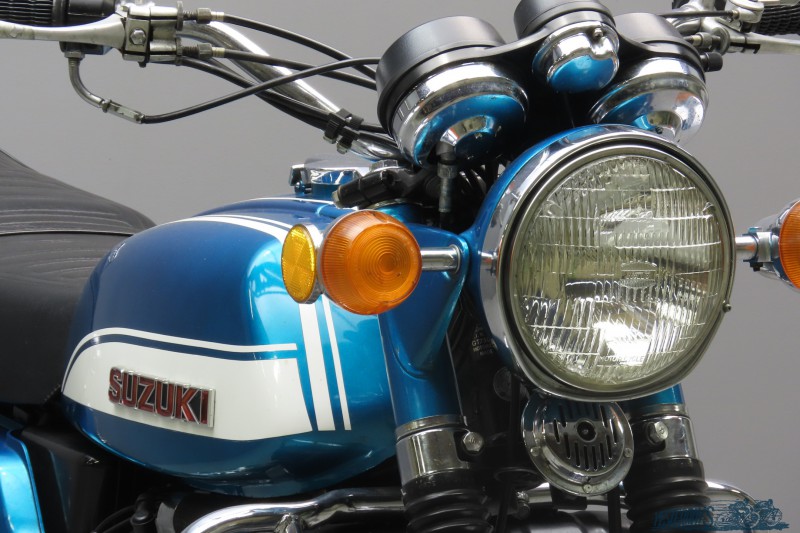 Launched at the Tokyo show in September 1971, Suzuki’s new GT750 flagship was, as its name suggests, more Gran Turismo than outright sports bike.
First of a family of Suzuki two-stroke triples, the newcomer retained the cylinder dimensions of the existing T500 air-cooled twin but with the added refinements of water-cooling and an electric starter.
The GT750 was manufactured from 1971 to 1977 and it was the first Japanese motorcycle with a liquid-cooled engine.
The impressive engine gave way to several nicknames: “Kettle” in Britain, “Water Buffalo” in the USA and “Water Bottle” in Australia, to name a few.
The GT750 was relatively heavy with a dry weight of 230kg.
The 738cc two-stroke three-cylinder engine with 70mm bore and 64mm stroke was good for 67bhp @ 6,500 rpm.
There was a five-speed gearbox on board and a three-into-four exhaust.
The first model year had a double sided, twin-leading shoe 200 mm drum front brake with 180 mm drum rear brake.
Carburettors were 32mm Mikuni slide type and a novel feature was Suzuki’s SRIS (Suzuki Recycle Injection System) which was a method for lowering the visible exhaust smoke by collecting and burning residual oil/gas lying in the bottom of the crank chambers.
Top speed was around 180km, but more important was the effortless cruising capability.
Modifications were not long in coming, the GT750 “K” gaining twin front disc brakes for 1973.
‘It’s solid and utterly secure at the ton and comfortably relaxing in a way that only a heavyweight cruiser can be, but it’s also perfectly manageable trickling along at walking pace,’ declared Bike magazine.
The sharp price of the GT 750 made it a strong competitor against the Honda CB 750Four and the Kawasaki 750H2.
By the end of 1976 the new GS 750 four cylinder was introduced and in the course of 1977 the production of the GT750 was ended.
The restored machine we present here is road-registered and is in good overall condition.