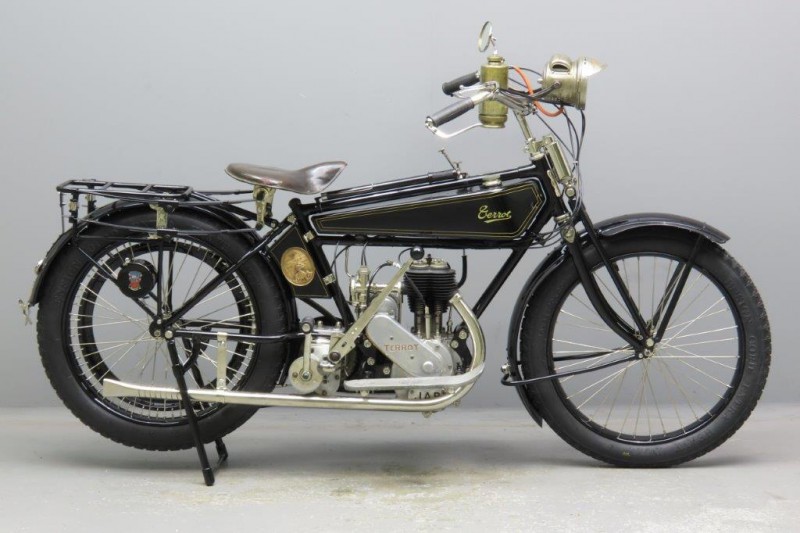 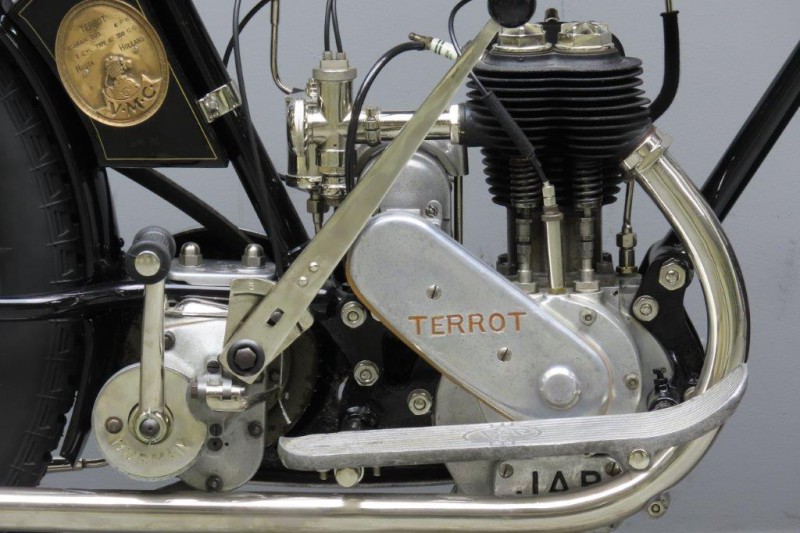 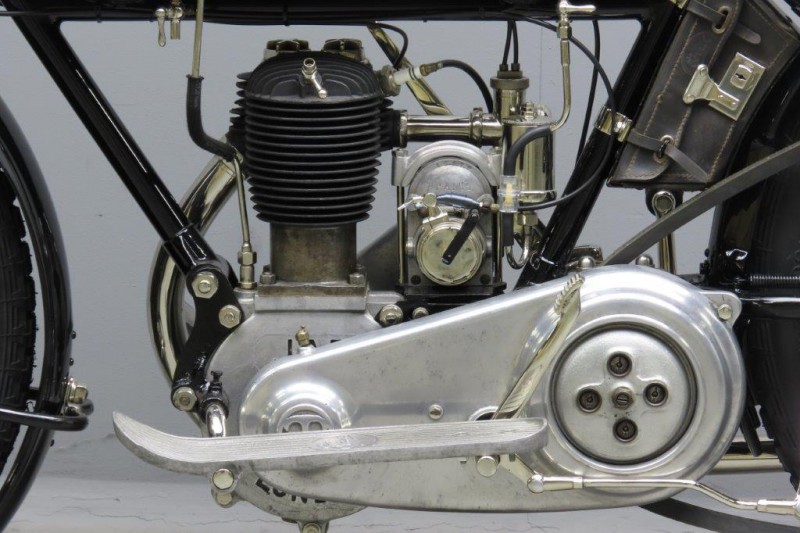 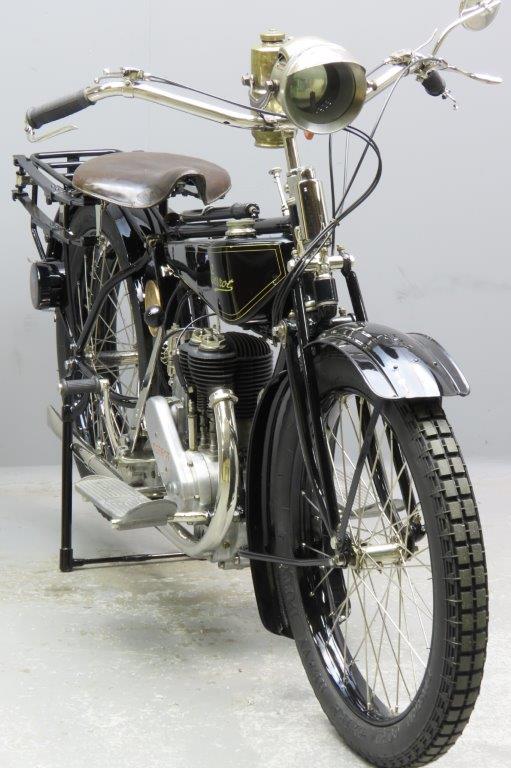 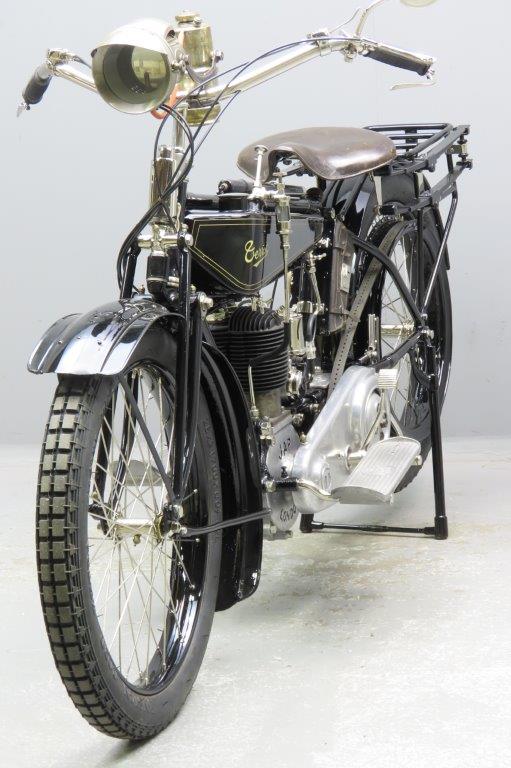 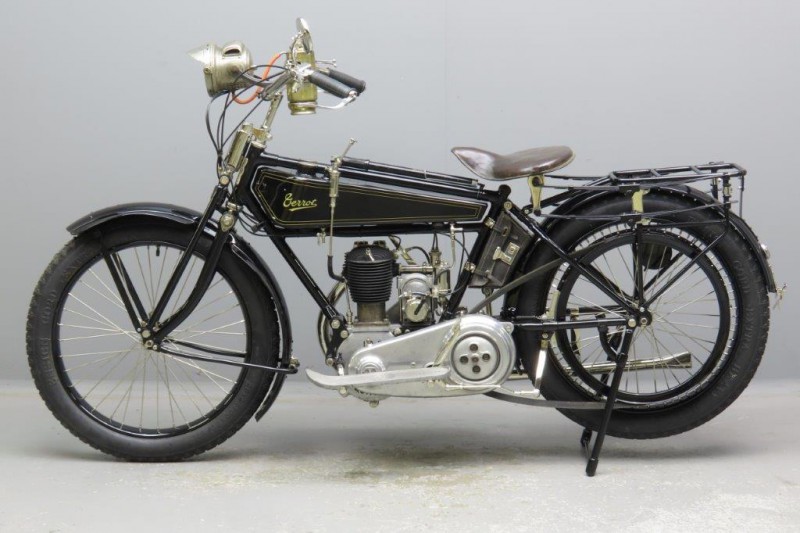 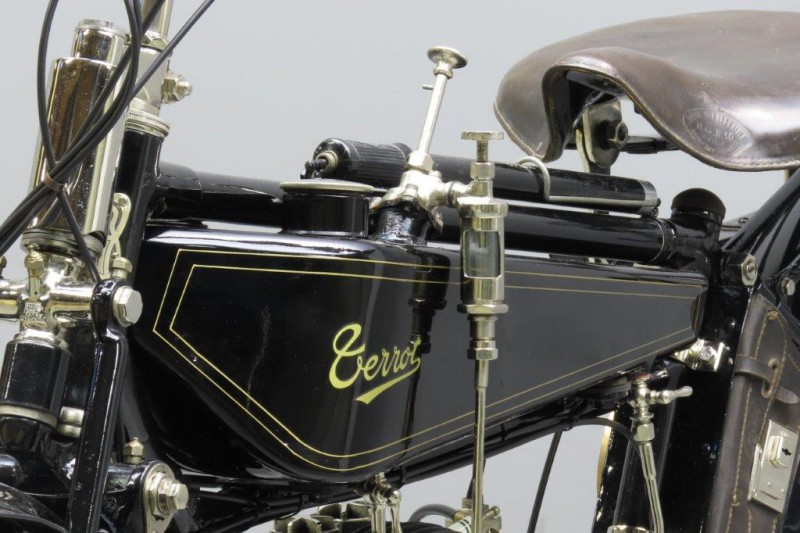 In the early 1920s Terrot built a line of sturdy utilitarian two stroke machines for customers who demanded economical transport with minimum costs and maximal reliability and comfort.
Next to these two stroke models some more powerful and luxurious four strokes were marketed, equipped with British components that had an excellent reputation in France.
Not only the 70mmx90mm bore x stroke JAP engines were British, but also the Burman gearboxes and AMAC carburettors.
Two models were available, “Sport” and “Touriste”. The latter had more upright handlebars and aluminium footrests and the indicated top speed was 75 km.
For the “Sport” version a top speed of no less than 100 km was promised.
This well-sorted ‘Touriste” was found as a dry-stored motorcycle in complete and original condition and has subsequently been restored.
It is fitted with a comfortable cantilever saddle that cost an extra 150 Francs and it has the 3-speed version Burman gearbox for which another 220 Francs had to be spent.
This excellently restored vintage tourer is a fine runner and she comes with acetylene lighting system, rear view mirror and “Dunlop” bicycle pump.