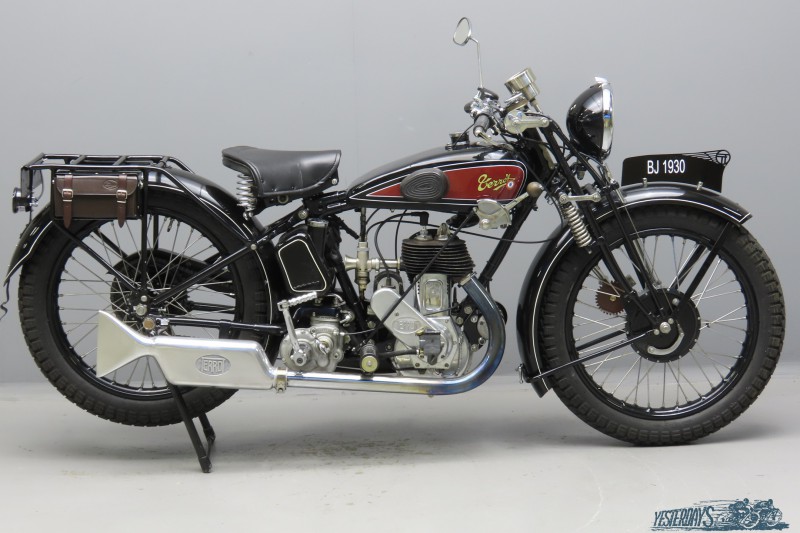 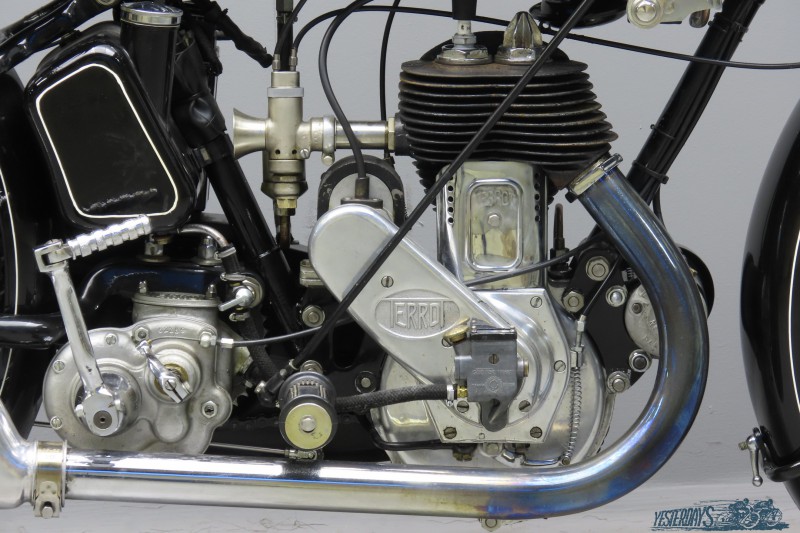 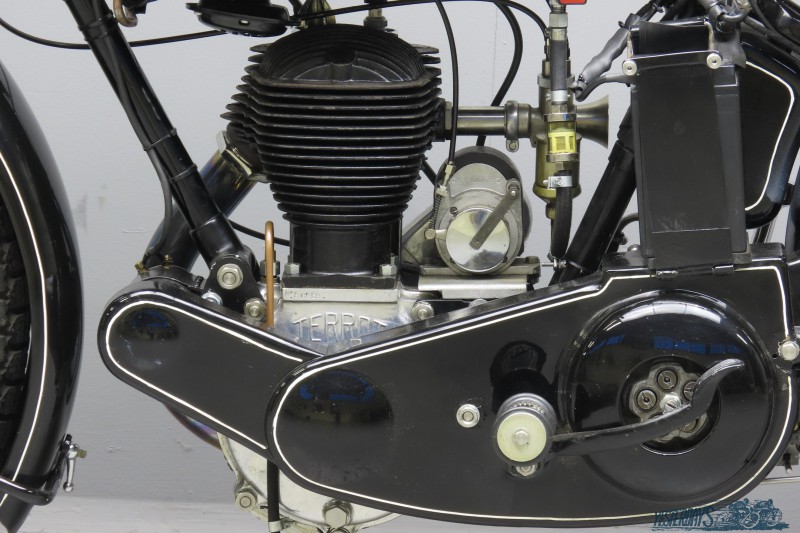 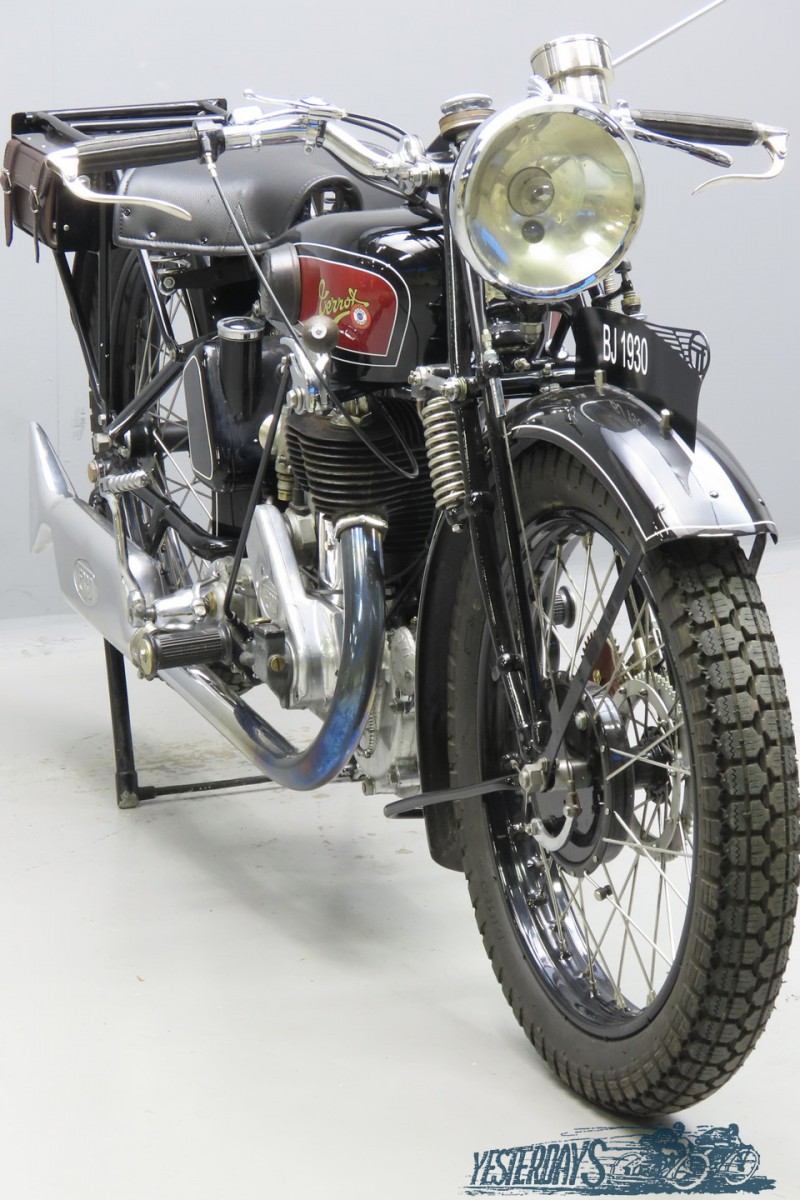 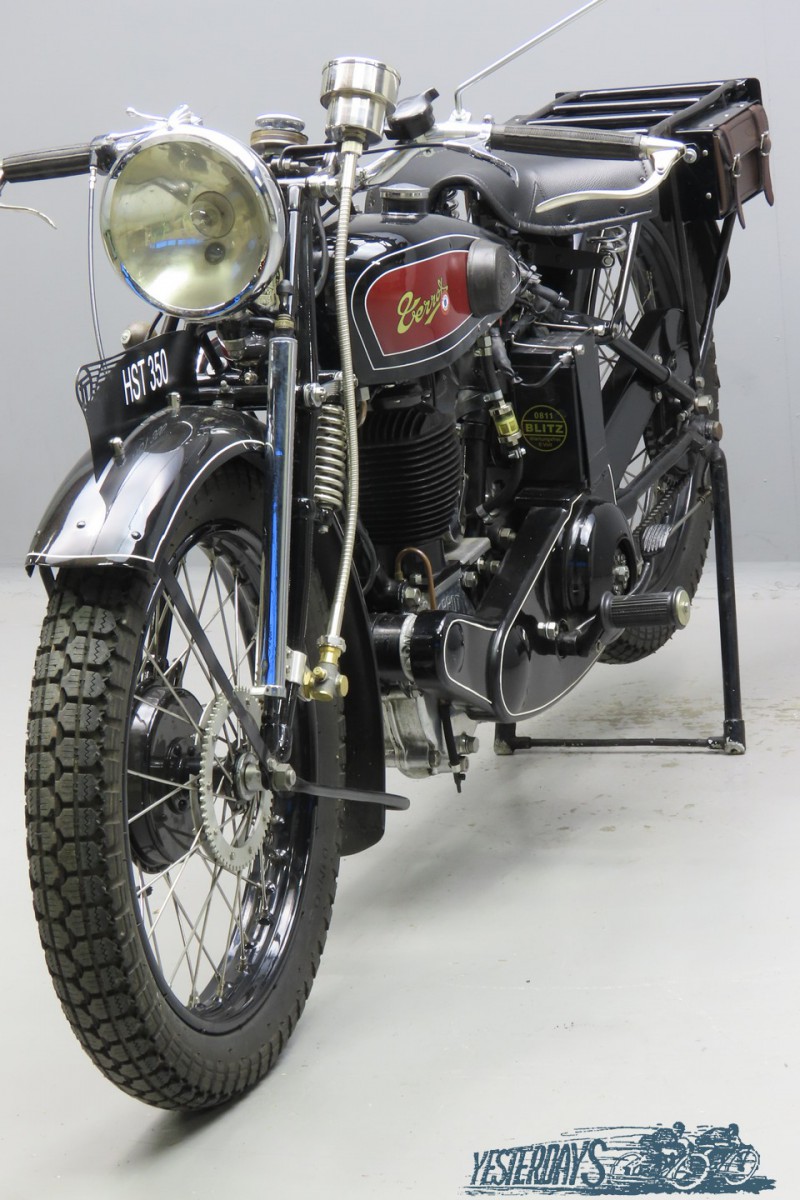 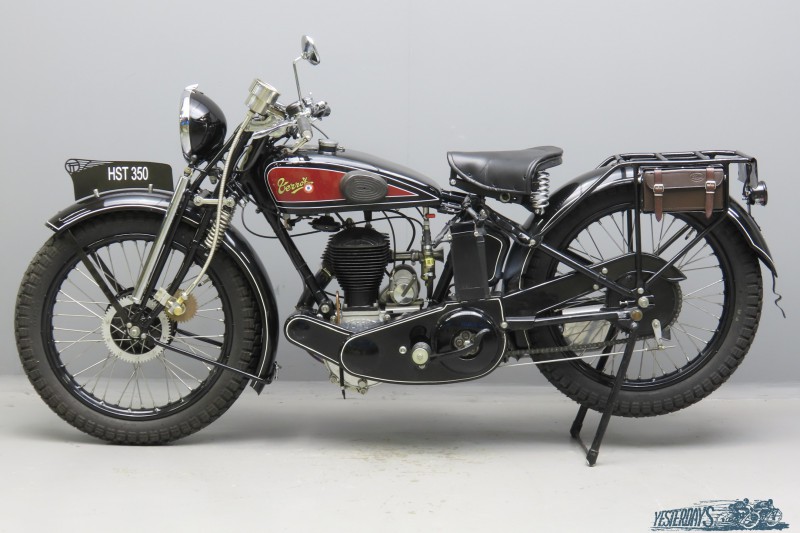 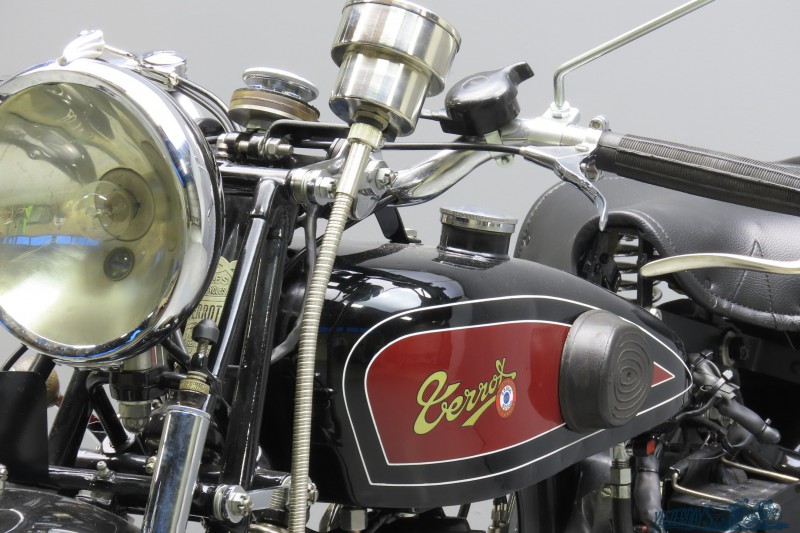 The four stroke machines that Terrot produced in the early twenties had 350 cc JAP engines and archaic horizontal spring front forks.
They were fitted with Terrot’s own 2-speed gearbox and chain-cum-belt transmission.
Two versions were sold of this model G, the Sport and Touriste.
By 1925 it was time for a new model, and in the autumns the model G was introduced at the Paris Salon.
The first machines were still equipped with JAP engines and old type forks, but in the middle of November the modernized H appeared, with Terrot’s own engine, Druid forks and Pilgrim oil pump.
There were three versions: HT, HTS and HTC.
T stood for Touriste, S for Sport and C for Confort, or luxury.
The T had a standard engine and upswept touring handlebars, the TS a stronger engine and flat handlebars.
The C type had 27×4 wired-on tyres, 140 mm wide mudguards and a steering damper The standard versions had 120 mm wide mudguards and 700×80 wired-on tyres.
In 1928 the HTS code was changed to HST.
New for 1930 was the Gurtner Mikro oil pump that delivered the oil straight to the crankshaft.
This HST has been restored with eye for detail and comes complete with electrical equipment with Novi dynamo, steering damper and speedometer.
The machine is road-registered and comes with extensive file of maintenance and overhaul information.
A very practical vintage tourer, robust and reliable.