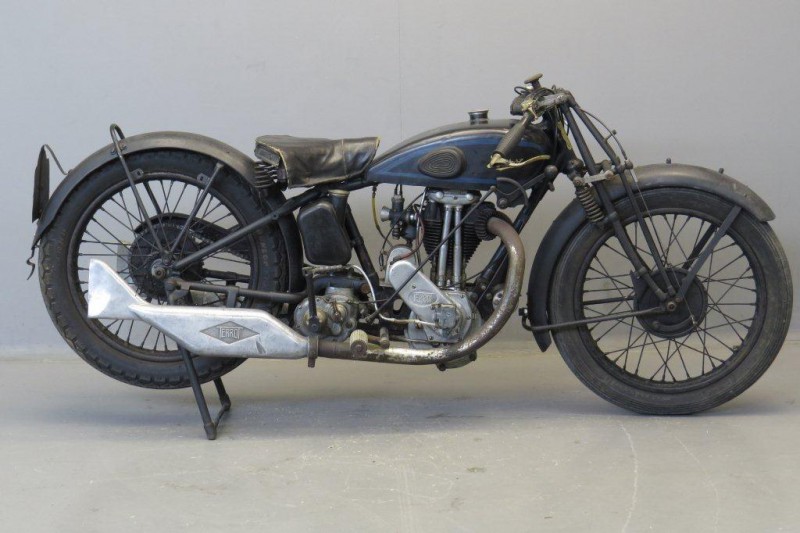 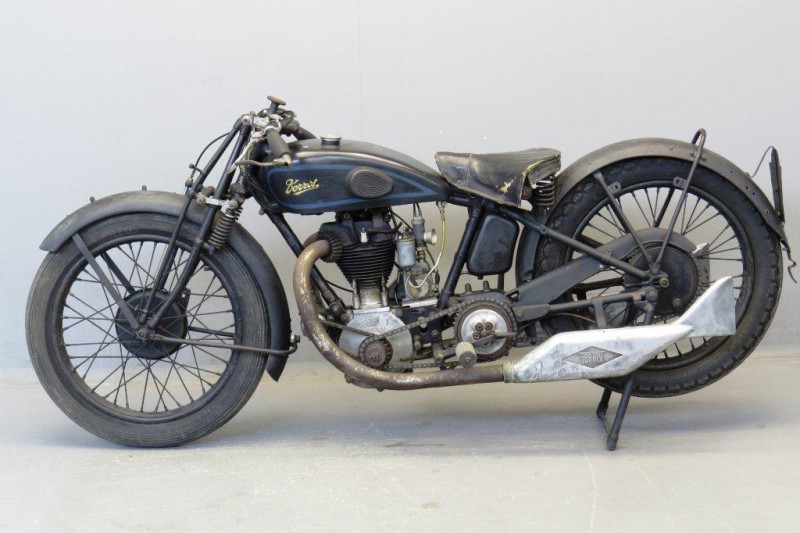 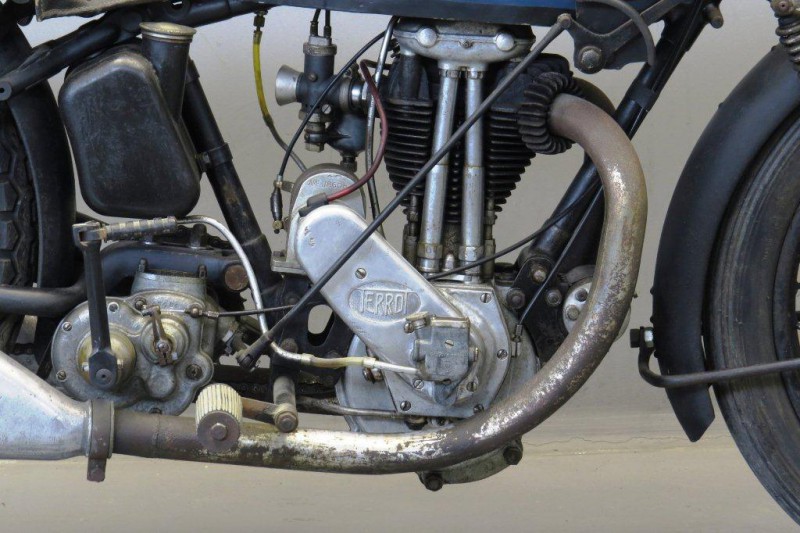 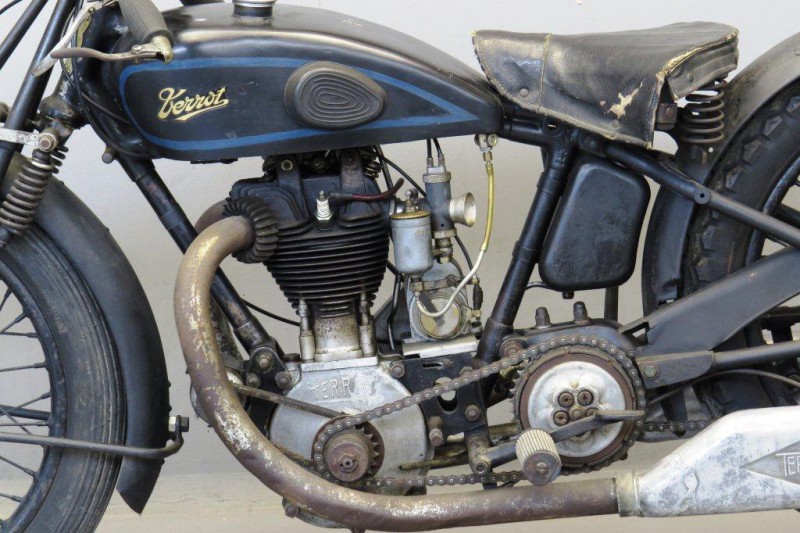 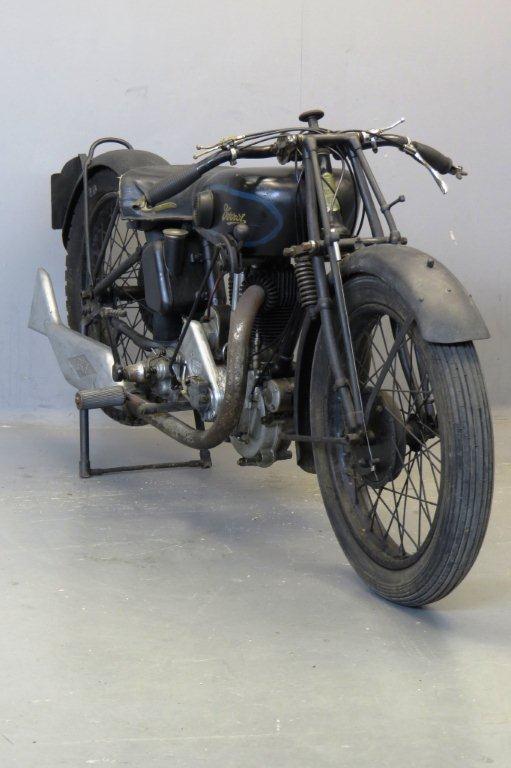 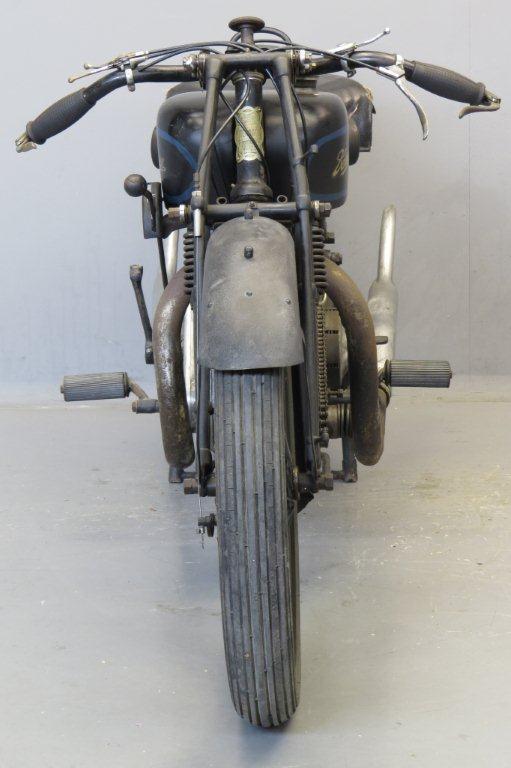 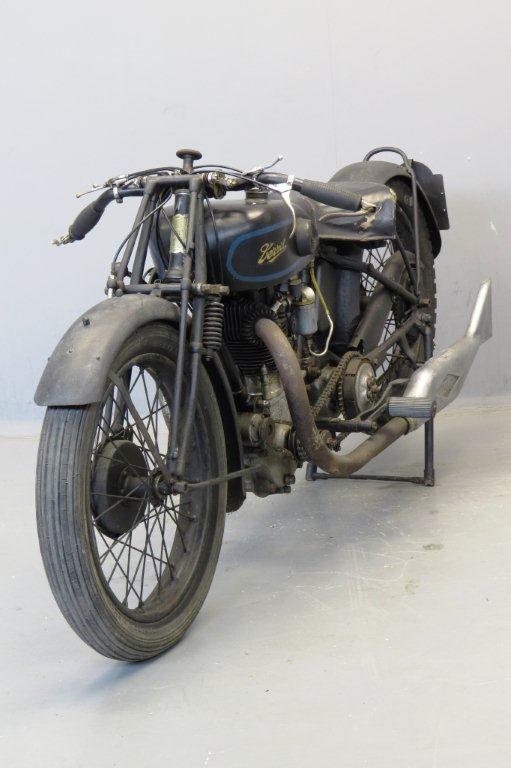 At the Paris Salon in the autumn of 1925, Terrot introduced the 347cc Model H, which replaced the Model G and was rated at 4CV for taxation purposes.
The first examples were still equipped with British-made JAP engines and Terrot’s old-fashioned, horizontal-spring forks but by the year’s end a more modern version had appeared, featuring Terrot’s own sidevalve engine, Druid forks and Pilgrim oil pump. Sidevalve-engined standard and touring, and overhead-valve sports versions were offered, all of which were also available in ‘Confort’ (luxury) form at extra cost. This Terrot is an overhead-valve HSST sports model and is in ‘barn find’ well preserved condition.