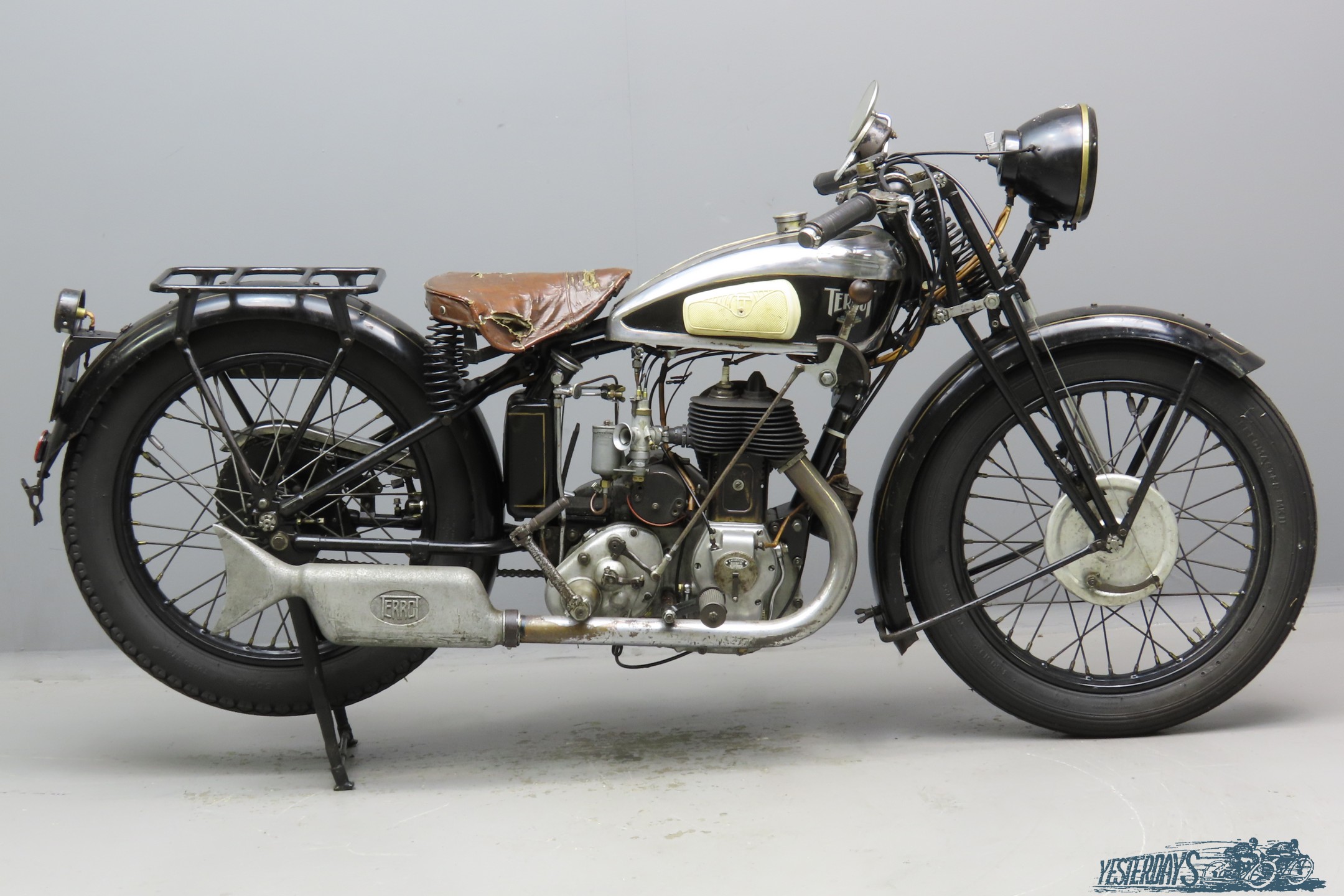 After acquiring license to the Magnat-Debon name in 1928, Terrot became the leading French manufacturer of two wheeled vehicles.
Through the thirties an extensive range of models was marketed, from a humble 100 cc single speed “Velomoteur” to a sturdy 750 cc side valve V-twin.
The 346 cc side valve was one of the popular models in the range: it was moderate in weight, economical to ride and it could reach a practical top speed of about 90 km/h.
There were two models in this class: the “HLG Tourisme Standard” and the “HML Monobloc Tourisme Luxe “ .
There were quite a number of differences, to name a few: the Standard model had magneto ignition while the HML relied on battery and coil and the HML
had a unit construction engine while the Standard model had a separate engine and gearbox.
The letter H refers to the reliable 346cc side valve engine, that has a configuration of 70×90 mm.
Electrics are Lavalette-Bosch and the petrol tank, which still has its original chrome finish, is adorned with an embossed “Art Deco” design.
This HML comes with RAC speedometer and tyre pump and is a well-sorted older restoration.