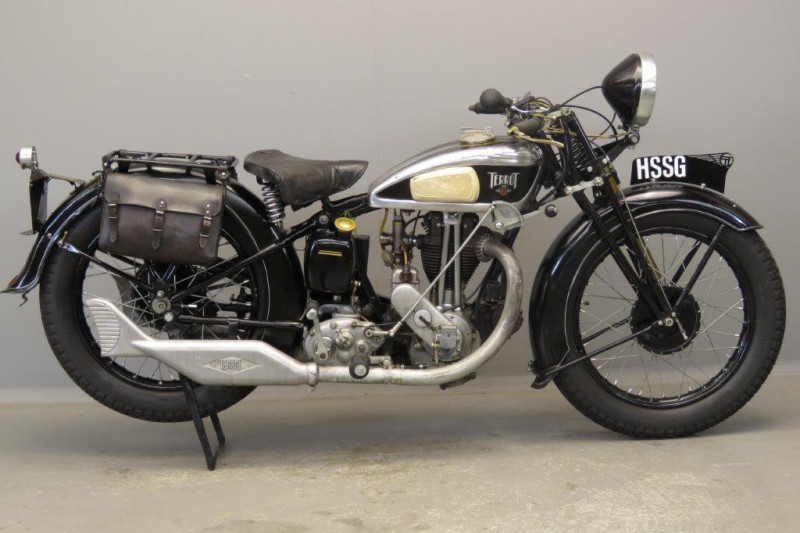 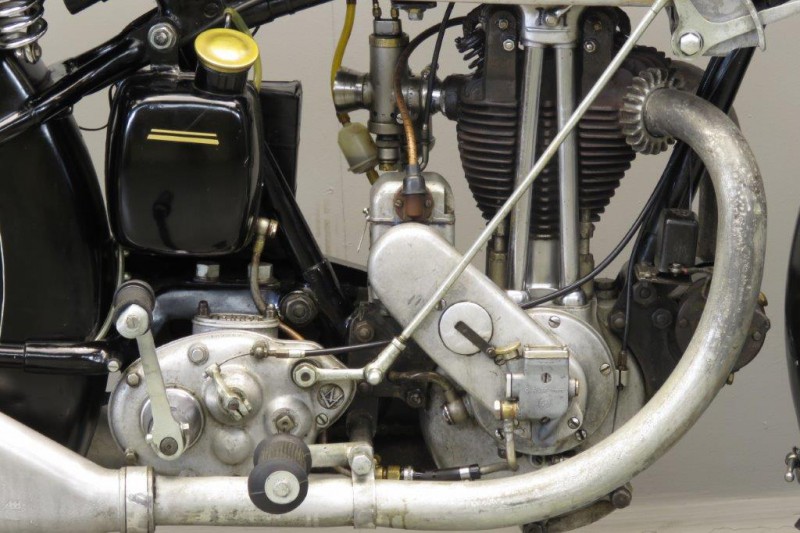 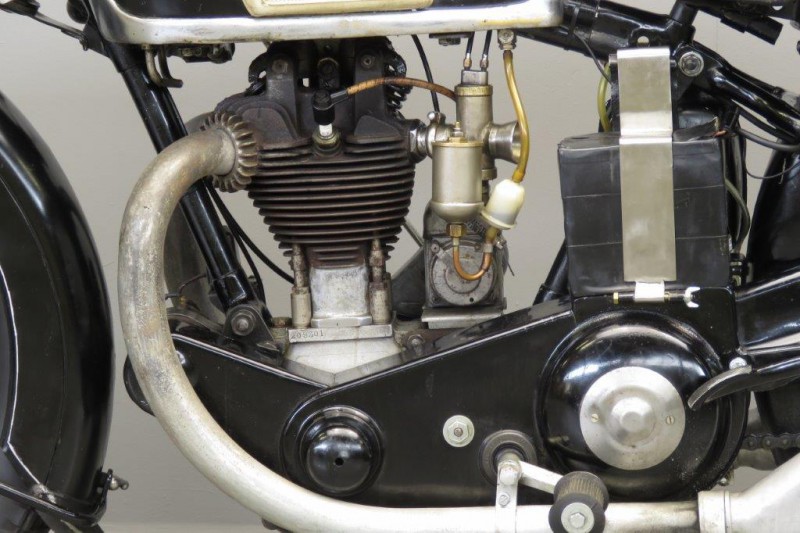 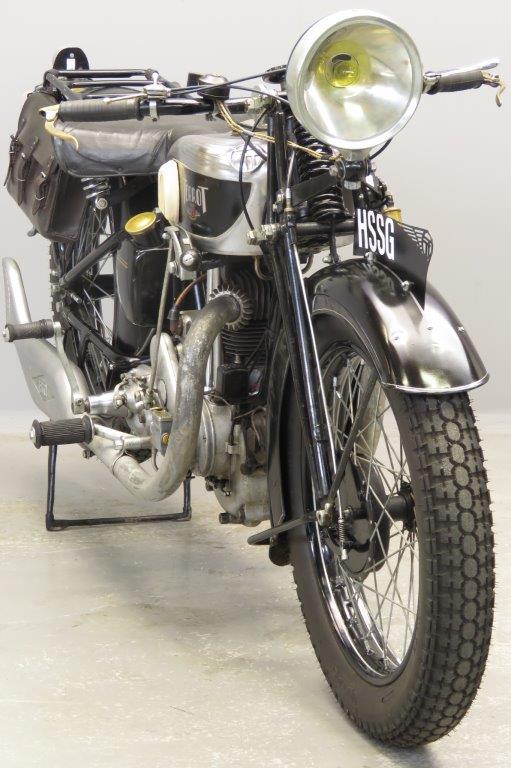 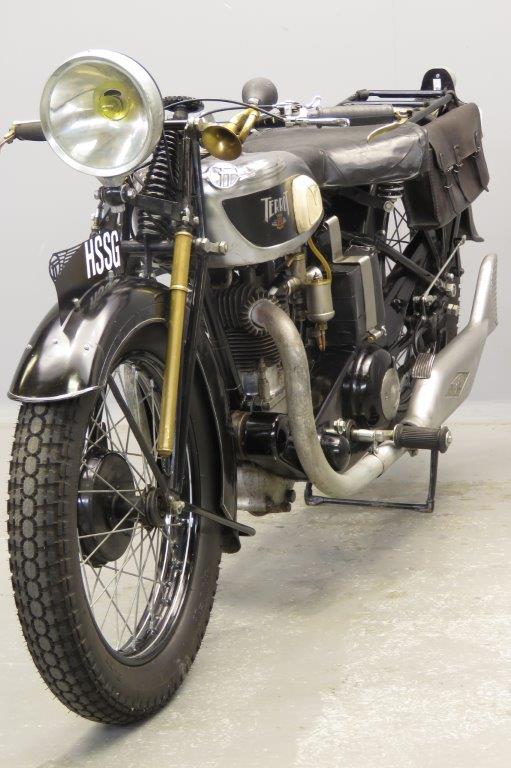 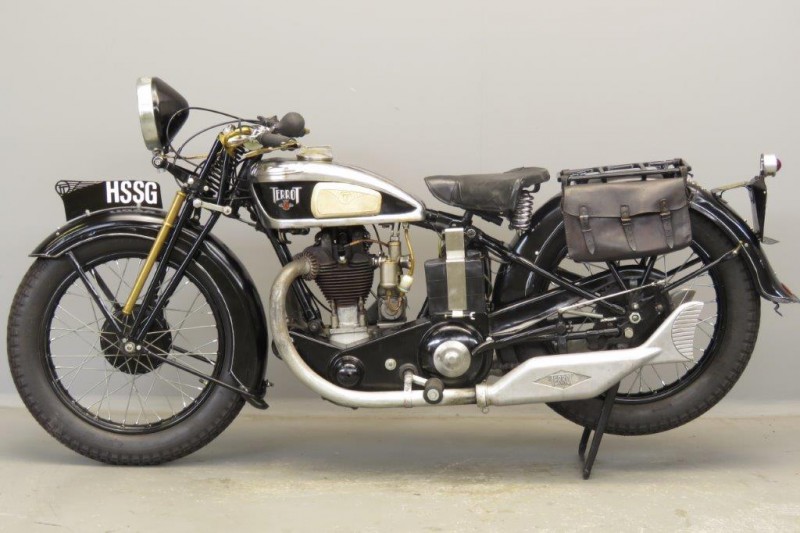 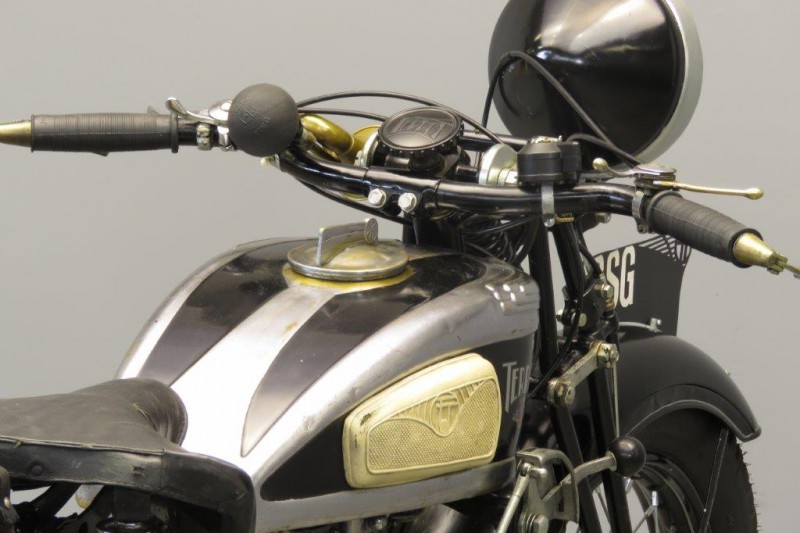 They were fitted with Terrot’s own 2-speed gearbox and chain-cum-belt transmission.
Two versions were sold of this model G, the Sport and Touriste.
By 1925 it was time for a new model, and in the autumn  the model G was introduced at the Paris Salon.
The first machines were still equipped with JAP engines and old type forks, but in the middle of November the modernized  H appeared, with Terrot’s own engine,  Druid forks  and Pilgrim oil pump. Terrot got an excellent reputation  for workmanship and reliability and presented a wide range of machines in the late twenties and throughout the thirties.
The 1936 catalogue presented no less than  15   models in 6  cylindrical capacities  from a 100 cc two stroke  “Velomoteur”  to  a 750 cc side valve V-twin.
Terrot used elaborate model codes but the basis was that the first letter designated the cubic capacity: “M” stood for 100 cc,  “L” meant  174 cc, “P” designated 246 cc, “H” 346 cc, “R”  498 cc and “VA”  748 cc.
There were of course exceptions to the system to avoid too much transparency: two 250 cc  competition  models in the 1936 catalogue  were labelled  “OSSG” an “OCP”.
The 346 cc “HSSG” is a sporty  two-port  three-fifty with bore x stroke dimensions of 70×90 mm, four speed gearbox, magneto ignition, aluminium exhaust  and stylish petrol tank.
The machine weighs 119 kg and has a top speed of about 110 km/h.
She’s an older restoration and a great runner.
Download PDF
x