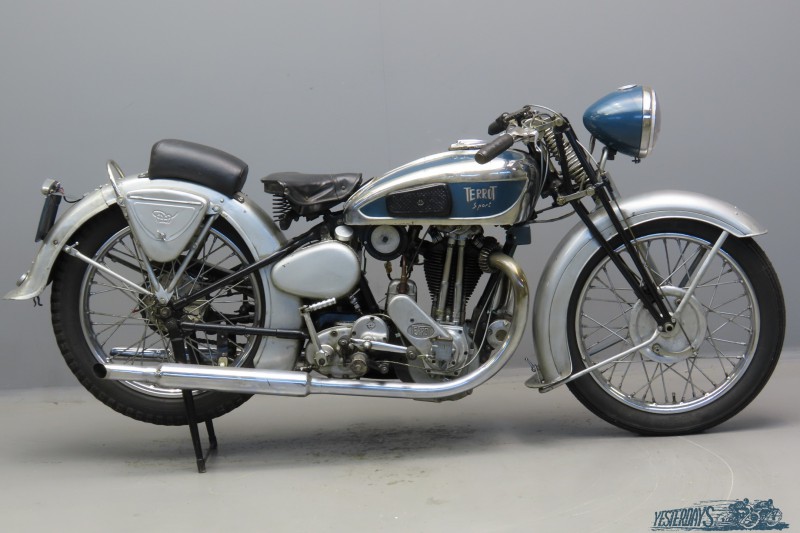 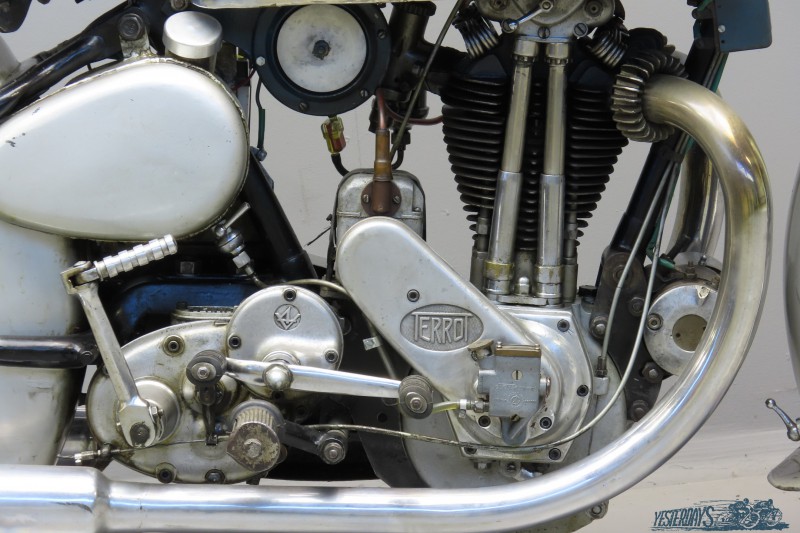 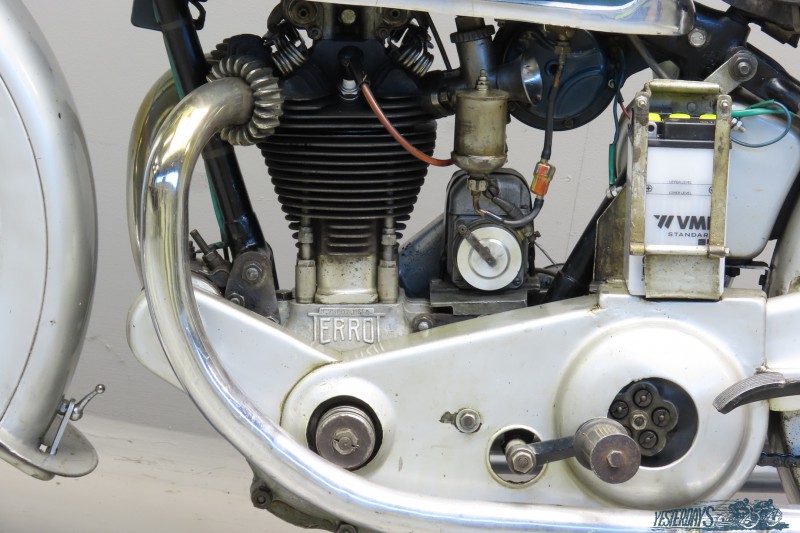 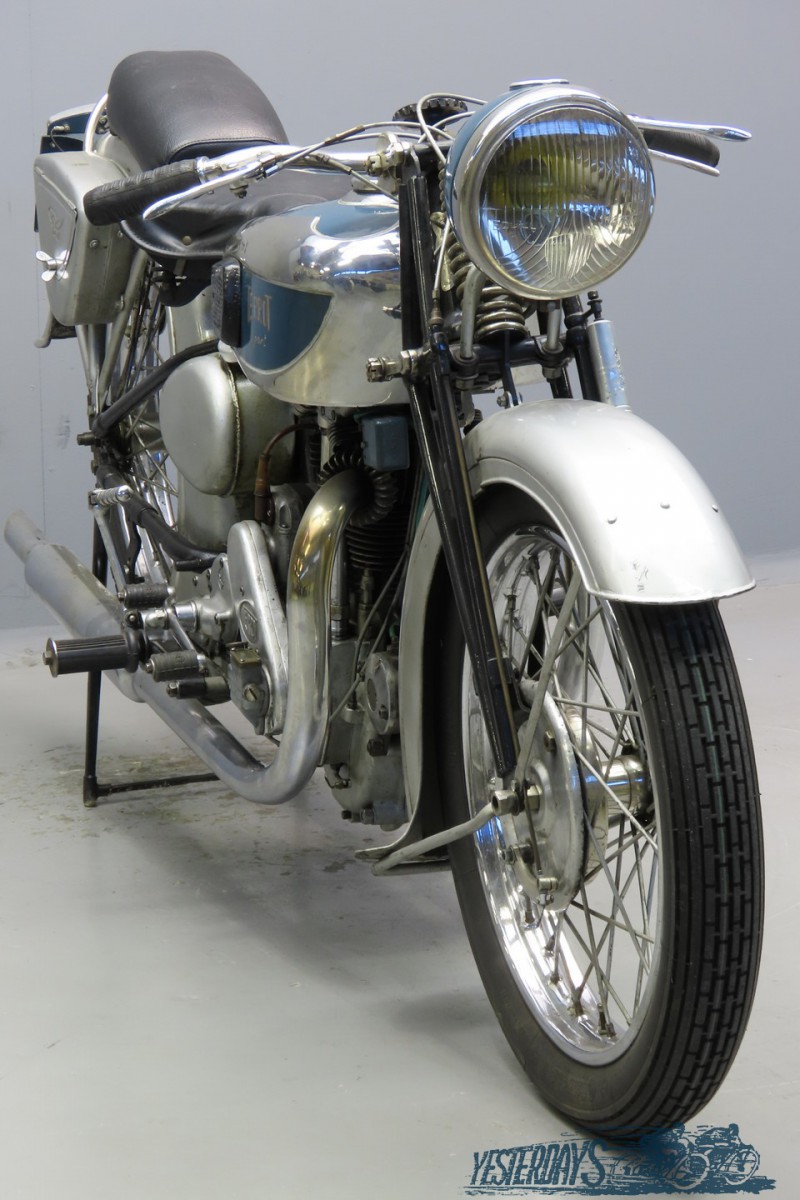 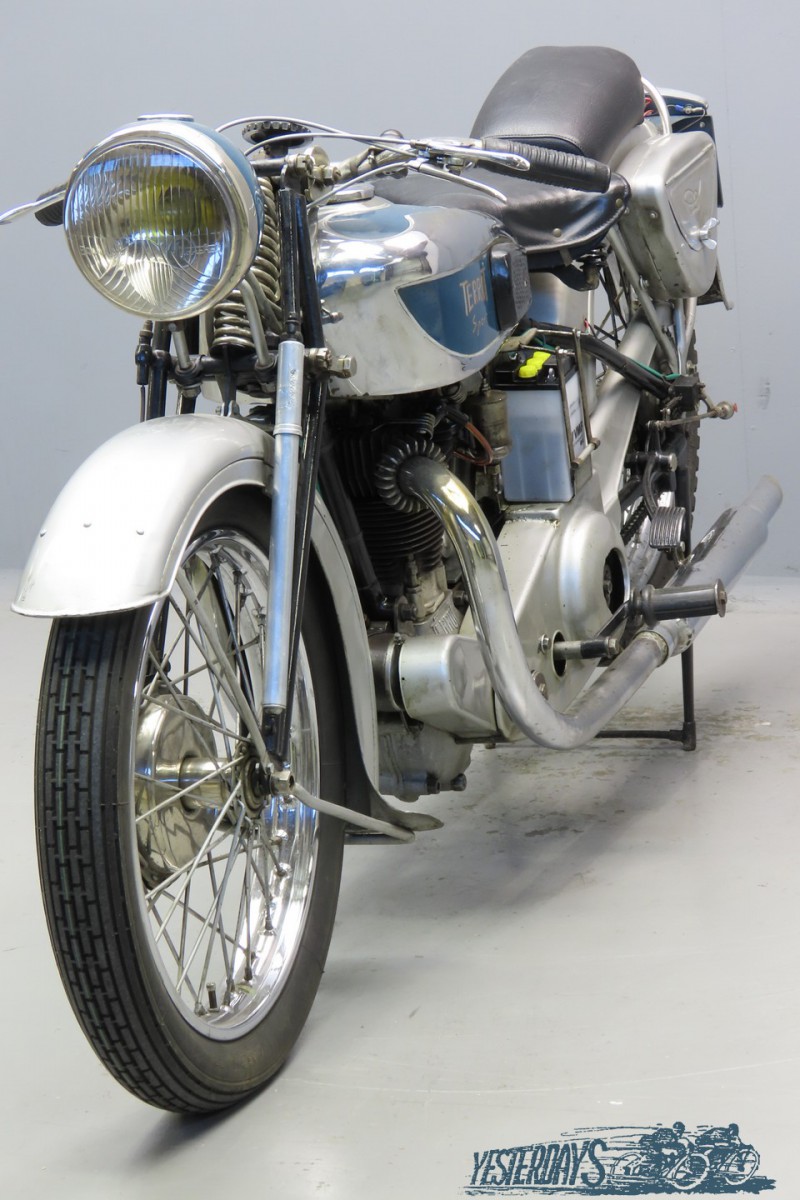 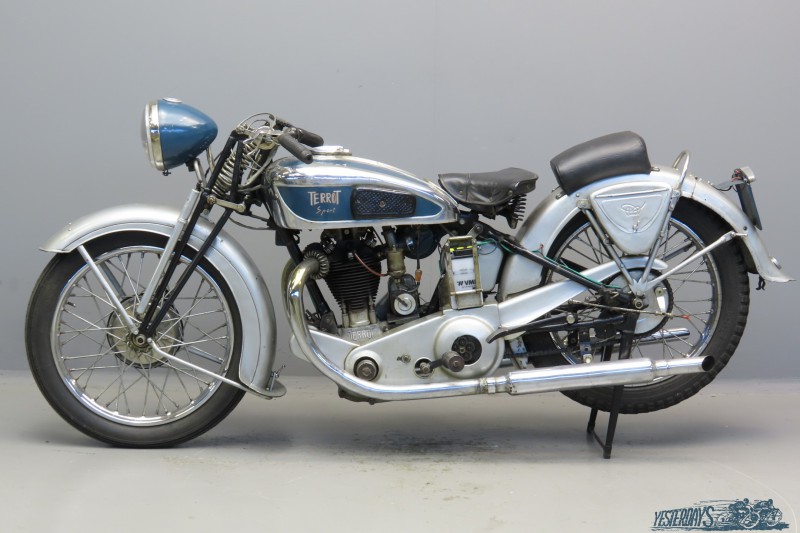 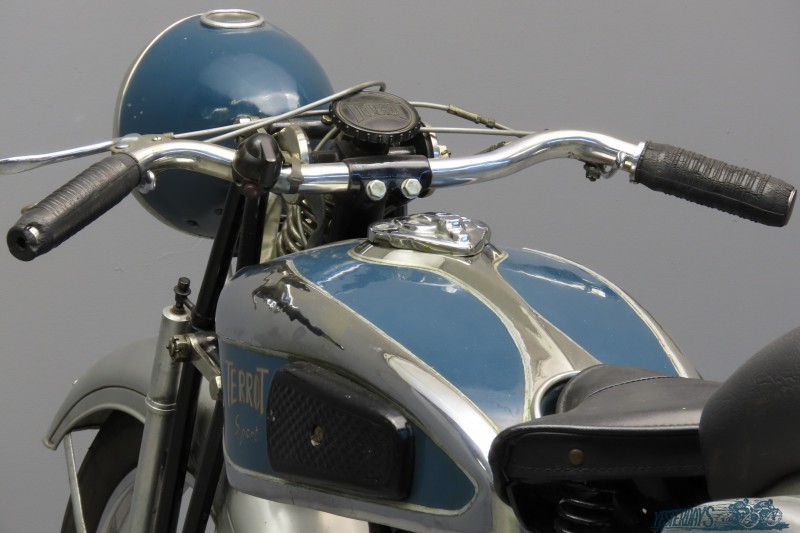 The four stroke machines that Terrot produced in the early twenties had 350 cc JAP engines and archaic horizontal spring front forks.
They were fitted with Terrot’s own 2-speed gearbox and chain-cum-belt transmission.
Two versions were sold of this model G, the Sport and Touriste. By 1925 it was time for a new model, and in the autumn the model G was introduced at the Paris Salon.
The first machines were still equipped with JAP engines and old type forks, but in the middle of November the modernized H appeared, with Terrot’s own engine, Druid forks and Pilgrim oil pump.
Terrot got an excellent reputation for workmanship and reliability and presented a wide range of machines in the late twenties and throughout the thirties.

The catalogue for 1937 presented two 346cc Supersport models, the HR with unit engine and the HSSP with separate gearbox.
The latter was a new model that was equipped with hairpin valve springs.
The sporty HSSP has bore x stroke dimensions of 70x90mm, a foot-change 4-speed gearbox, full electric lighting with O.S. amp gauge in headlight and a stylish petrol tank with embossed adornments.
The machine weighs 119 kg and has a top speed of about 115 km/h.
She’s an older restoration in good mechanical condition and comes with bum pad, steering damper , tyre pump and Dutch registration documents.