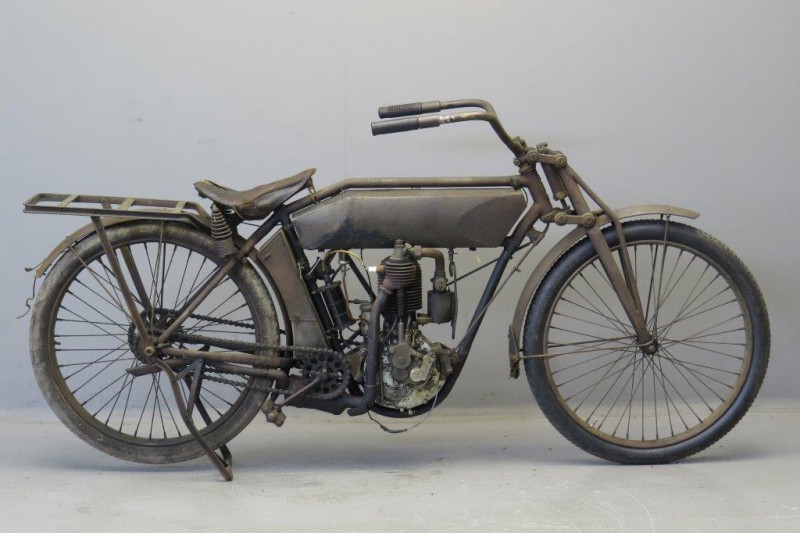 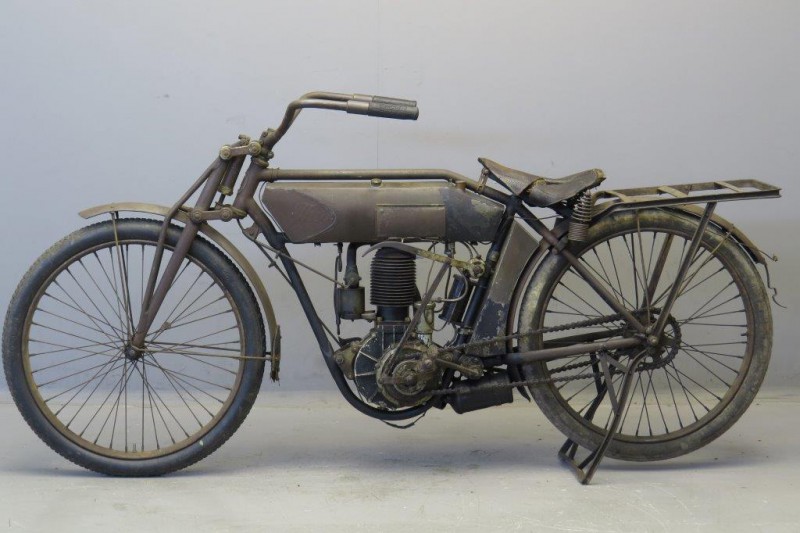 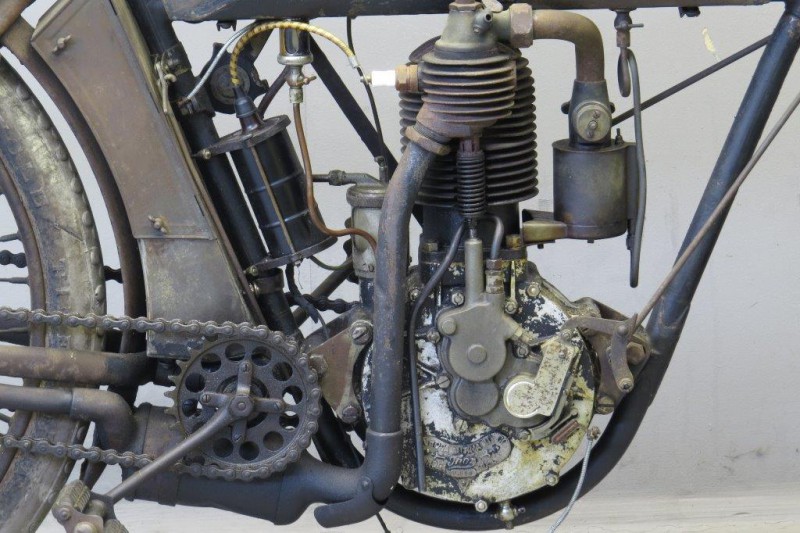 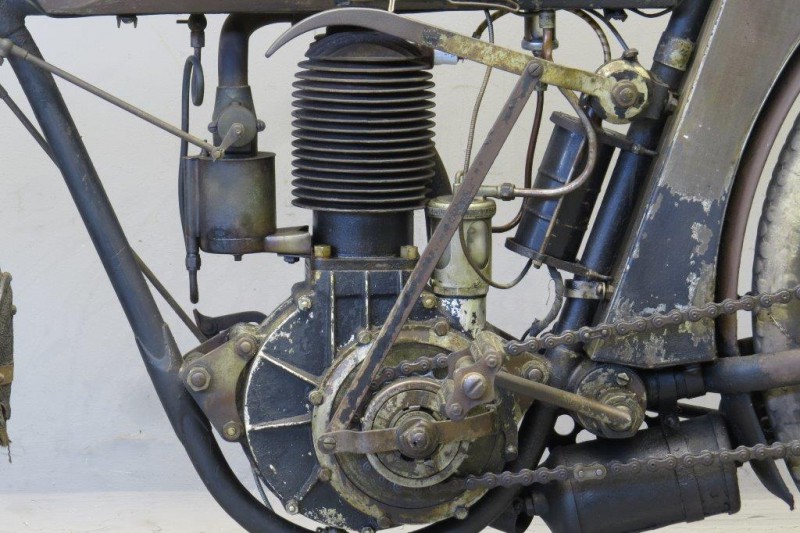 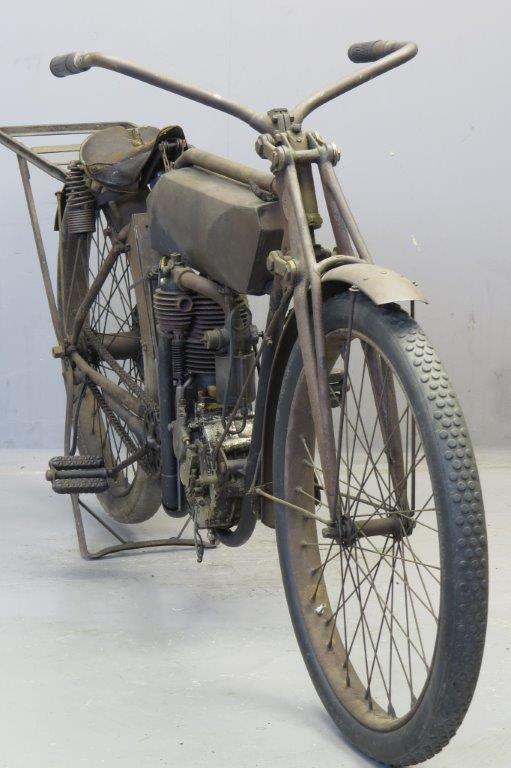 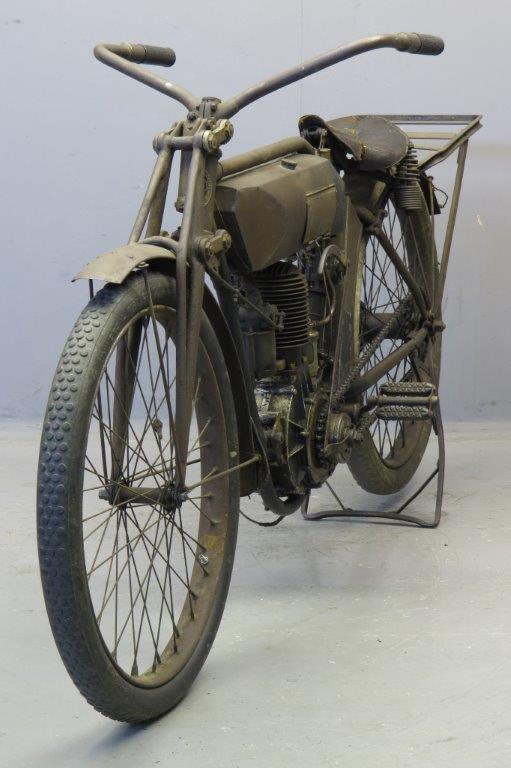 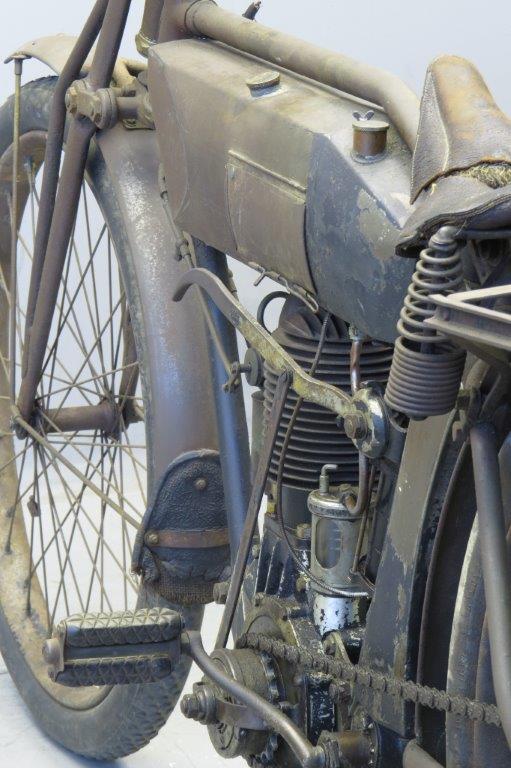 Thor motorcycles were made by The Aurora Machine and Tool Company, which began as a machine shop in 1886, providing forging, castings and parts for many bike manufacturers.

The history of Thor is closely tied to the history of Indian motorcycles, as somewhere around 1901, Oscar Hedstrom of the Indian Moto Cycle Company accompanied an Indian prototype to the Aurora factory –  Aurora had been supplying the Hendee company with castings for their bicycles.
After several months of collaboration, the Aurora company produced a new motor design of Hendee.
The two companies struck an agreement that entitled the Aurora Company to supply engines for Indian as well as have the freedom to sell additional motors to other companies, paying royalties to the Indian company, so long as Aurora did not enter into direct competition with Indian.
By 1902, Aurora had produced almost 150 motors for Indian.
In 1903, the Aurora Company produced a catalog of parts from which a motorcycle could be built, with the exception of a frame.
Thus began the Thor Moto Cycle and Bicycle Company.
From 1903-1905,
Thor components remained largely unchanged, and many manufacturer’s designs, including Indian, are very similar.
When the Indian Moto Cycle Company gained their own in-house foundry to produce parts, Thor offered complete machines, ending the prior agreement with Indian.
By 1908, Thor offered both battery and magneto ignition, as well as either chain or belt drive.
They developed a design featuring a twin with automatic intake valves, which had been problematic for both Indian and Harley.
Thor continued to make advancements, changing with the needs of an ever-growing popularity of motorcycling, and the racing culture.
In 1916, Thor offered a three-speed transmission, which was one of the last design changes initiated by the company.  While the Aurora Company continued to manufacture forgings and components to other motorcycle makers such as Reading Standard, Indian, Merkel, Henderson and Harley, by 1918 the Thor Moto Cycle production was diminishing.
By 1920, the board of directors announced a cease of production of Thor motorcycles, however Thor continued to produce power tools and home appliances such as washing machines, irons, and dishwashers.
(source: http://www.motorcyclepediamuseum.org )

The 1912 Thor range consisted of no less than  six  models,  four of 4 HP with choice of battery/coil or magneto ignition, one 5 HP machine and a 7HP twin; the latter two models were fitted with Thor patented two speed gear.
This model “CR” is in unrestored and unmolested condition, so rare these days. She still bears traces of the original dark blue colour and fine striping.
She is equipped with single speed chain drive and a hand lever operated clutch on the engine shaft.
Tyres are 28 x 2 1/2 clinchers and she has a back-pedalling brake.
The saddle is a Mesinger Cavalry. The carburettor is Thor`s own design.
The ignition is by battery and coil and she runs well.
A rare machine indeed.
https://www.youtube.com/watch?v=_vbbSxJEjjs