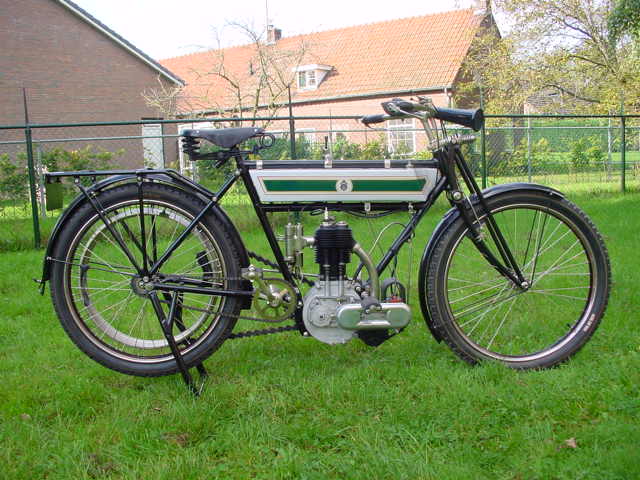 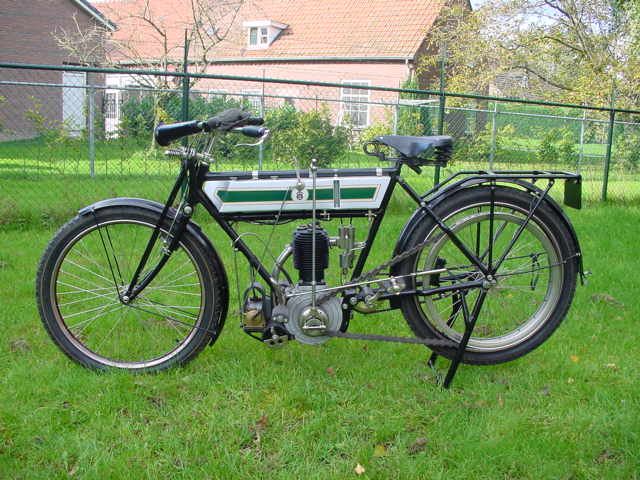 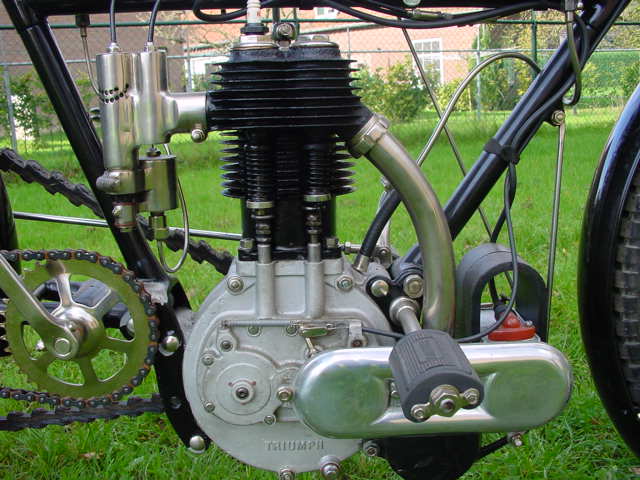 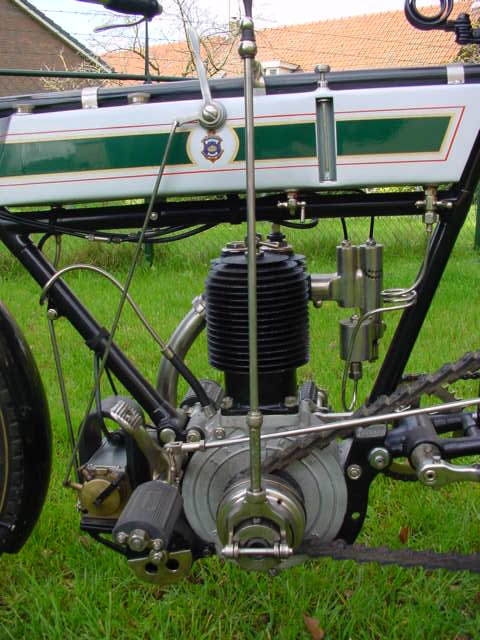 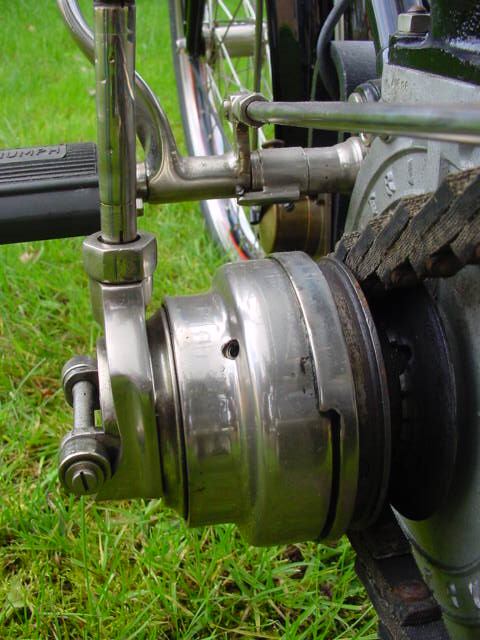 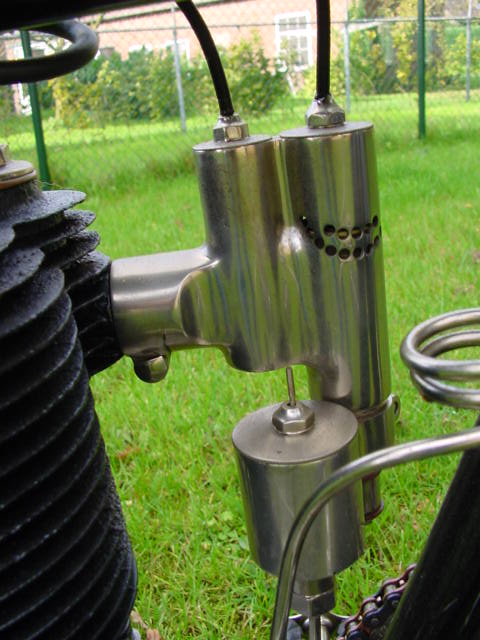 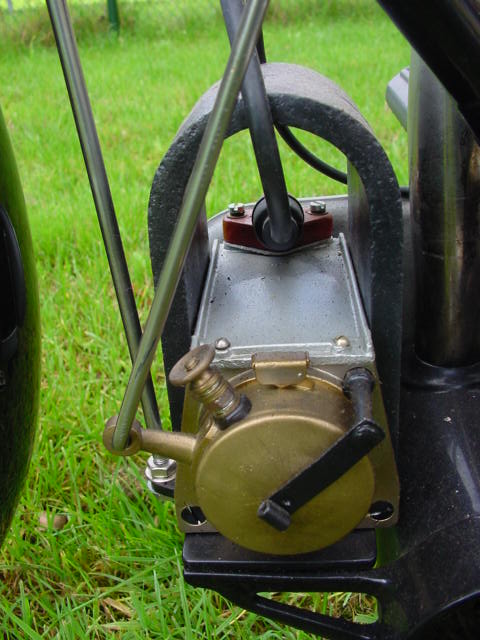 The first Triumph motorcycle of 1902 used a Belgian Minerva engine, but within a few years the Coventry firm – originally a bicycle manufacturer – was building its own power units.
The company was soon involved in racing, and the publicity generated by competition success – Jack Marshall won the 1908 Isle of Man TT’s single-cylinder class for Triumph – greatly stimulated sales.
By the outbreak of the Great War the marque’s reputation for quality and reliability was well-established, leading to substantial orders for “Trusty Triumphs” for British and Allied forces.
The 3½ hp model first appeared in 1907. Originally of 453cc, its sidevalve engine was enlarged to 476cc in 1908 and finally to 499cc in 1910 before being superseded by the 4hp model in 1914.
This 476cc Triumph 3½hp model is restored and presented in good condition.
The machine has the optional “coffee grinder” NSU transmission and belt final drive and is offered with Pioneer Certificate.