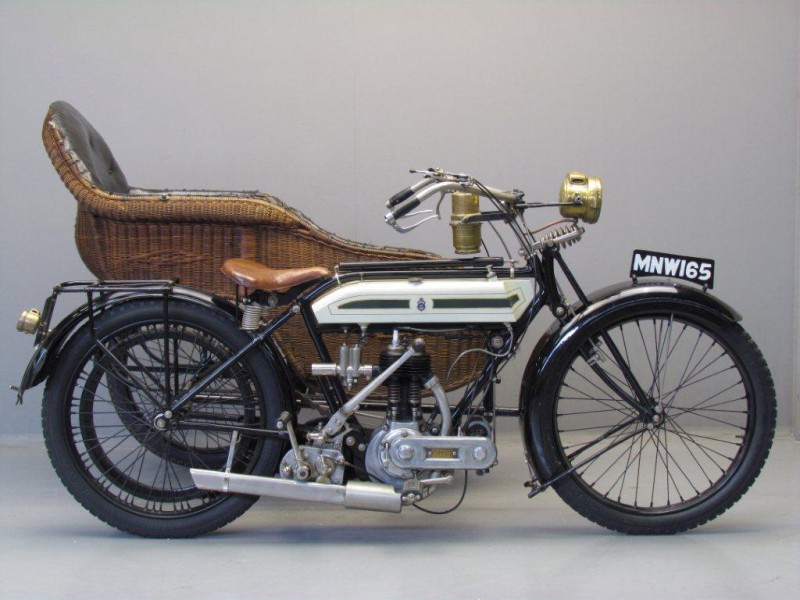 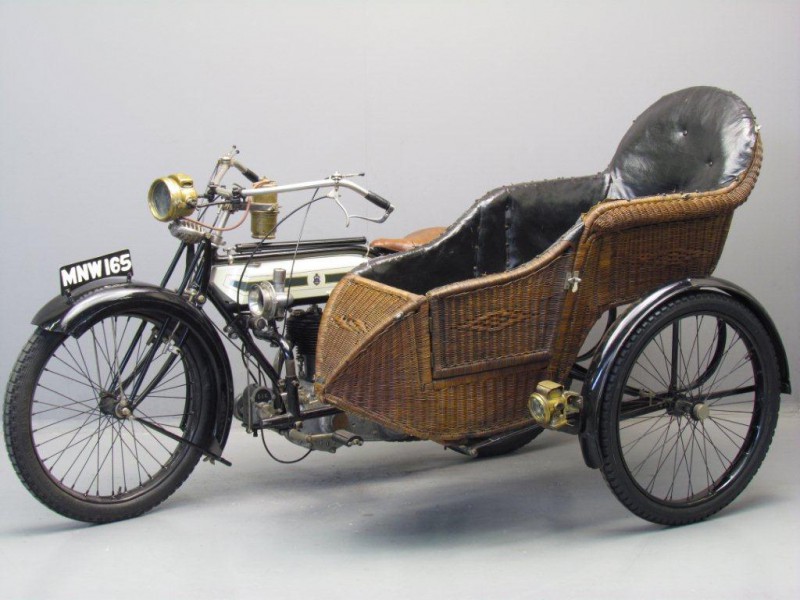 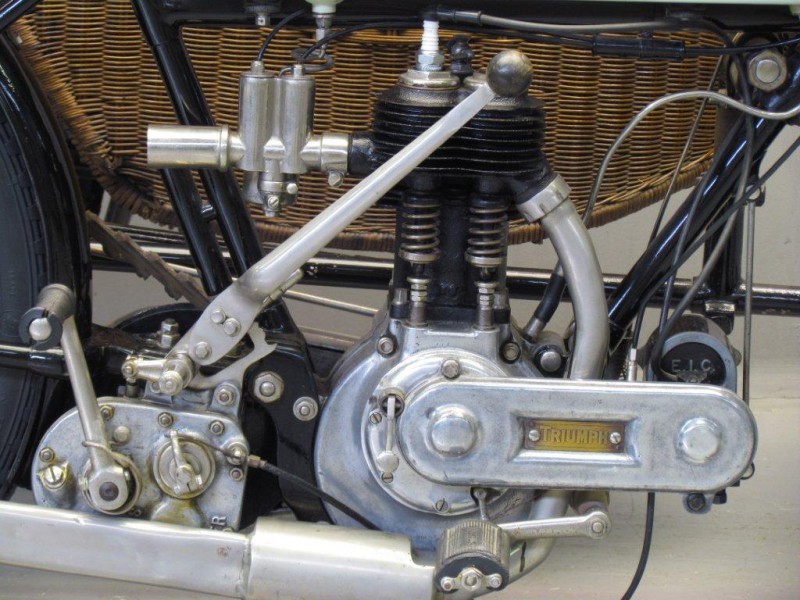 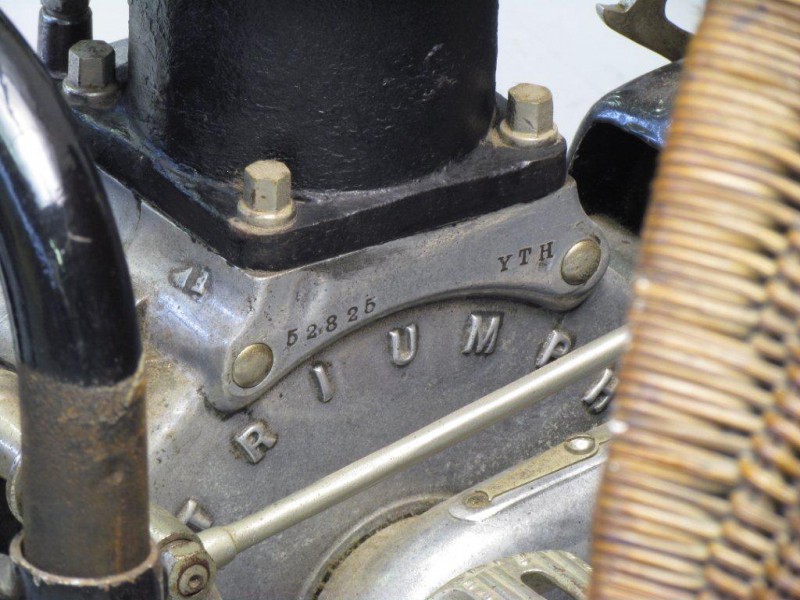 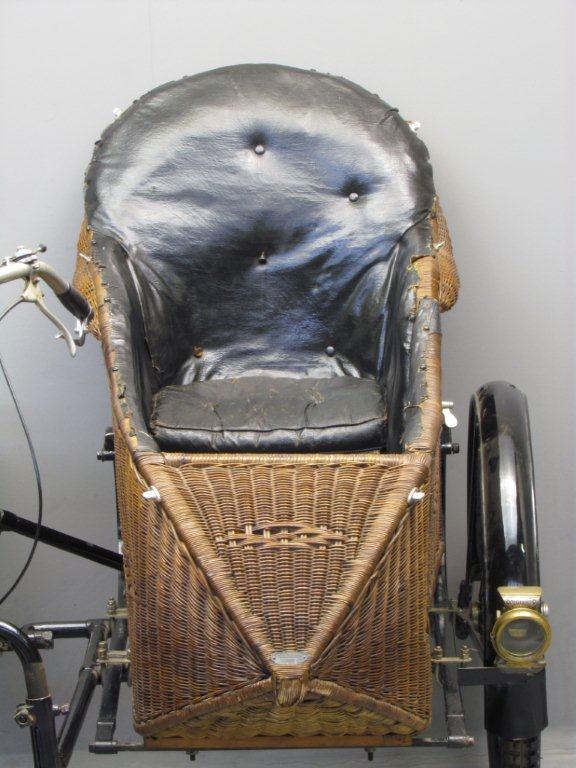 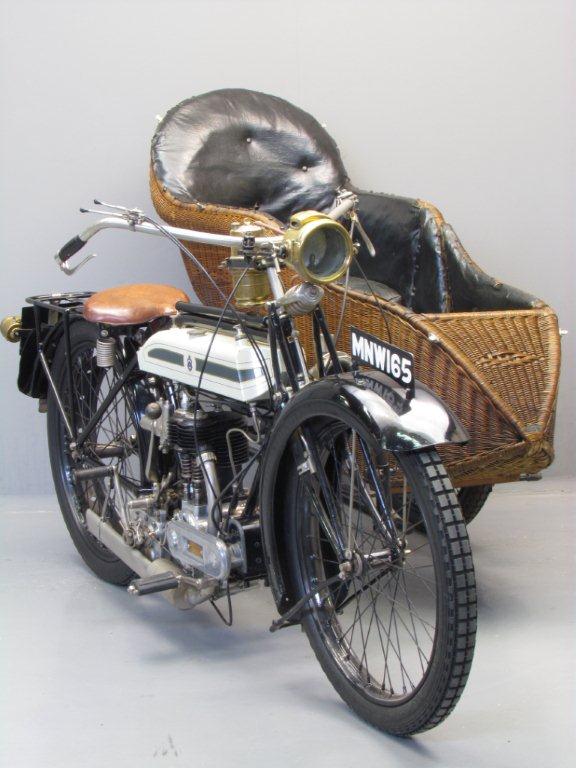 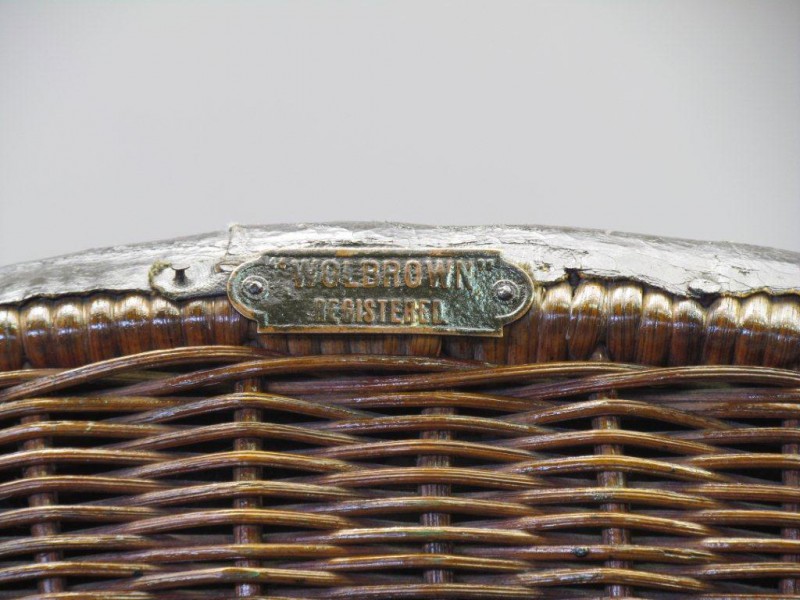 The model H is announced late in 1914 as a logical development of the famous veteran   “ Trusty”.
But it  isn’t just  a 1914 model with a countershaft gearbox: the engine differs from the veteran engine in various ways.
It has a single cam wheel  with 2 cams instead of separate cam wheels for the inlet and exhaust valve.
The casting for the cylinder is entirely new, the valve head diameter is enlarged by  ¼ inch and the valves are spaced further apart.
A great improvement over the 1914 style 3-speed hub is the Sturmey Archer countershaft gearbox.
The primary chain drive is enclosed by a neat aluminium cover; secondary drive is by belt.
The new model  becomes available  in  February 1915 and most of the production goes to the British Armed forces; in 1918 the army has just over 17,000 Model H’s. It is not until 1919 that the  Model H is again available, in very small numbers, for the civilian market and many ex- army machines are sold off at surplus sales at Slough.
A large number of  machines are overhauled by the factory  for resale in 1919 through 1921. ( source: Peter Cornelius)
The engine code refers to December 1917 as assembly month. This nicely restored  machine is coupled to a stylish “ Wolbrown” wicker sidecar and comes complete with acetylene lighting and “Cowey” hand horn.
Some years ago the combination was part of the vintage vehicle collection of famous TT and speedway rider Oliver Langton.
For detailed information on  the Model “H”  consult Peter Cornelius’  “The Facts” booklet,   surf to http://users.actrix.co.nz/cornelius/Triumph/