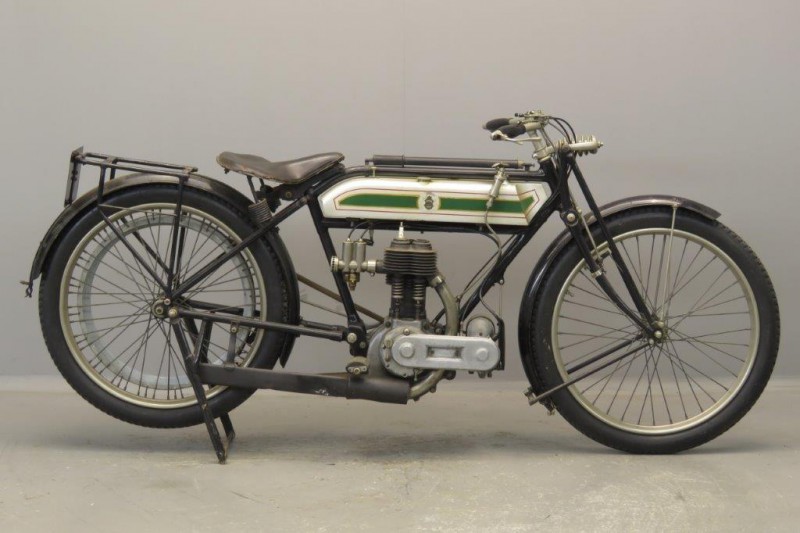 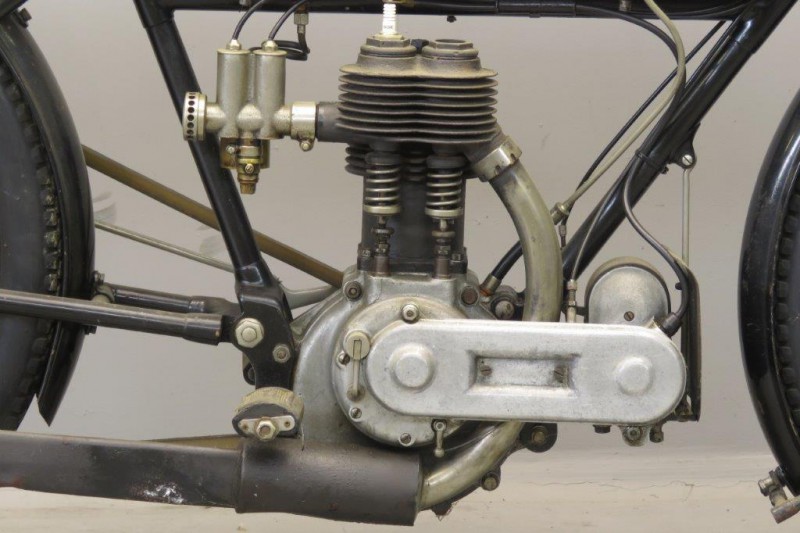 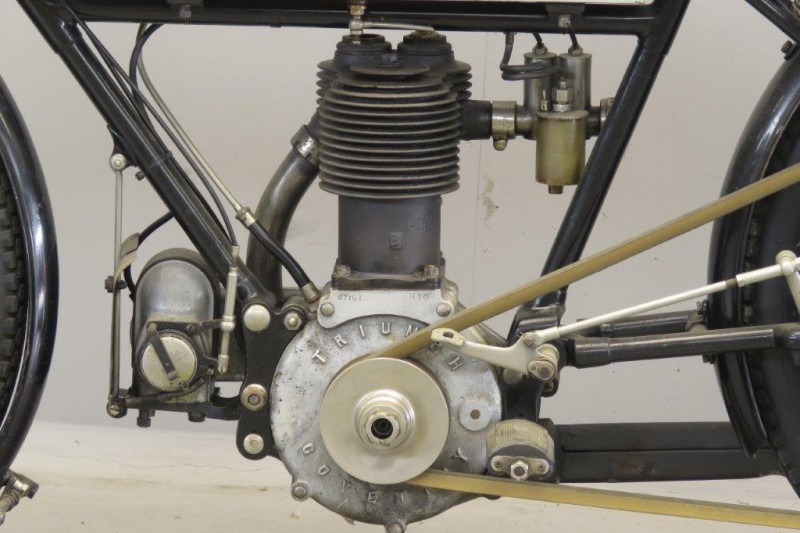 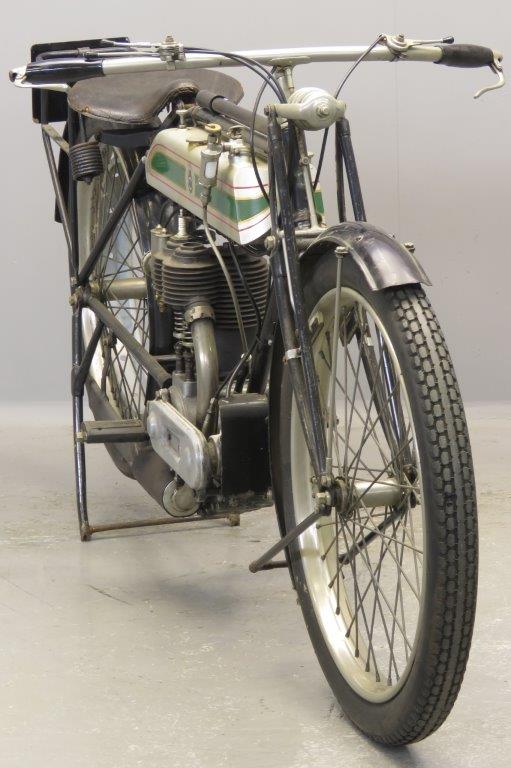 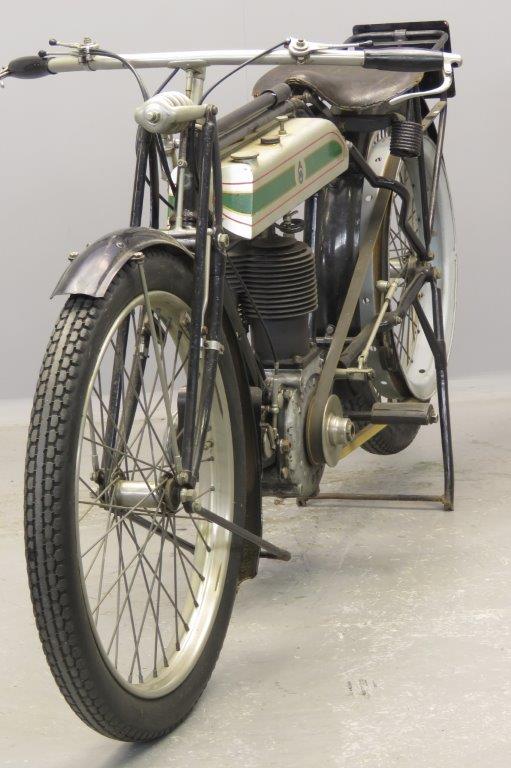 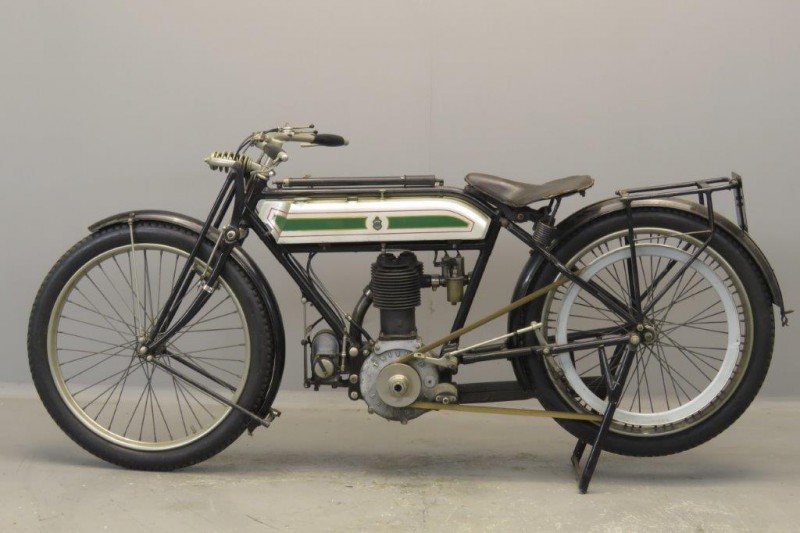 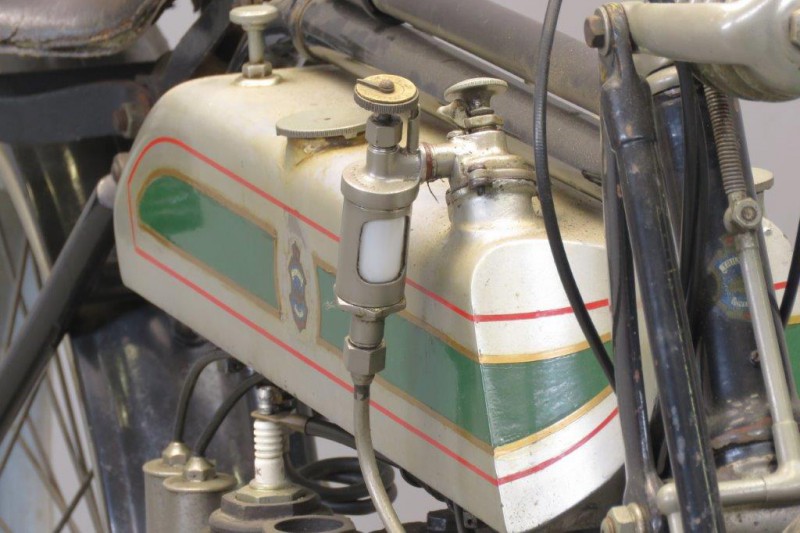 Winning the single cylinder class in the 1908 TT races on the Isle of Man gave an enormous boost to sales of Triumph machines.
From 1909 on a special  “ TT roadster” model was to appear in the catalogues. In the 1910 TT eight Triumphs started, of which five were ridden by amateurs.
All of them finished the 158 mile course; in fact they were the first eight single cylinder machines to finish, showing again the reliability of the Trusty Triumph.
The TT model has a somewhat shorter frame than the standard model and the pedalling gear is dispensed with.
It’s interesting to note that this “basic” machine was still catalogued after 1918; it  appeared in the 1919 and 1920 catalogues, now fitted with the model H type of engine instead of the veteran type 3 ½ HP engine that was used before the war.
The catalogue is very clear about the purpose of  the TT Roadster: “This is a mount for the speed merchant: it is without a Three- Speed Gear and Clutch and has been designed primarily for the sporting man who enjoys a burst of speed.”
This basic sports mount has been restored some time ago and was part of the collection of former speedway celebrity Eric Langton.