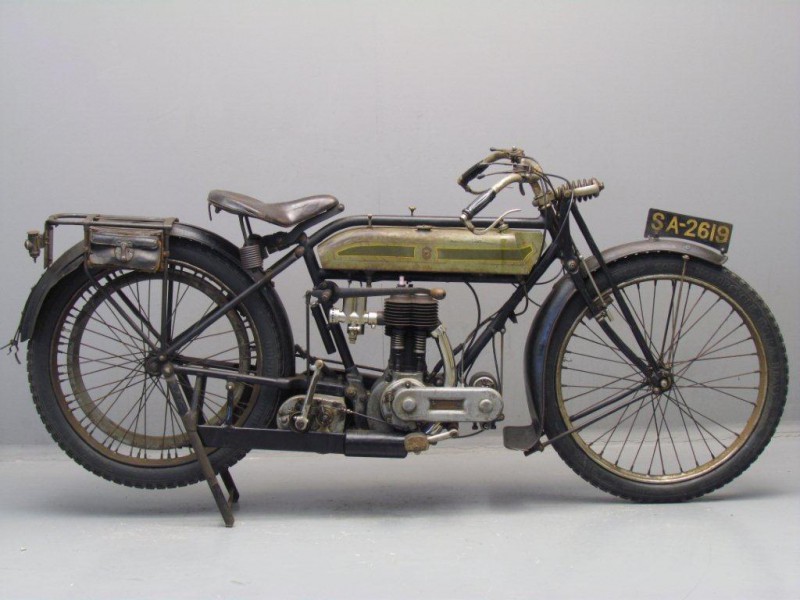 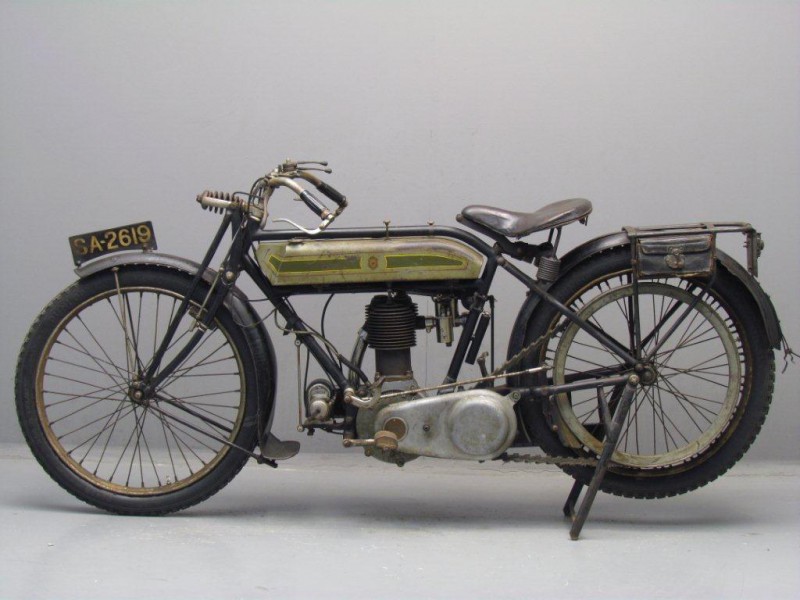 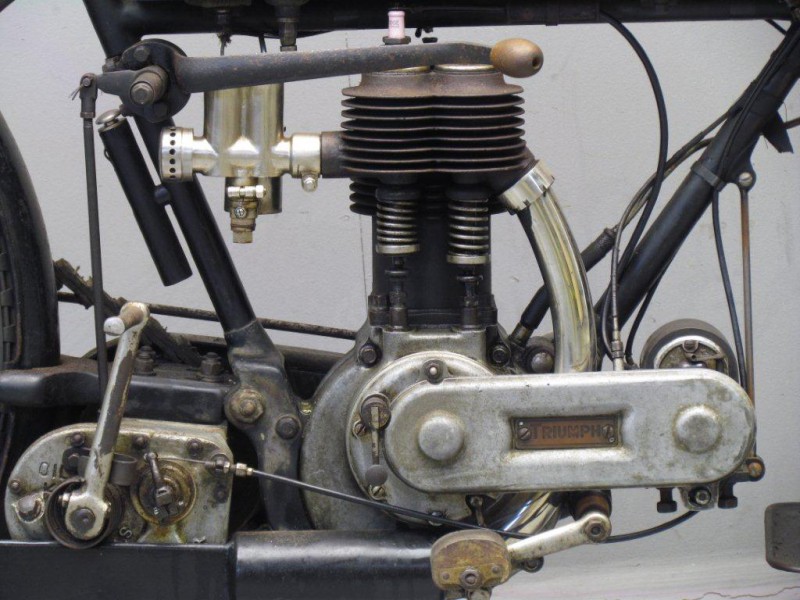 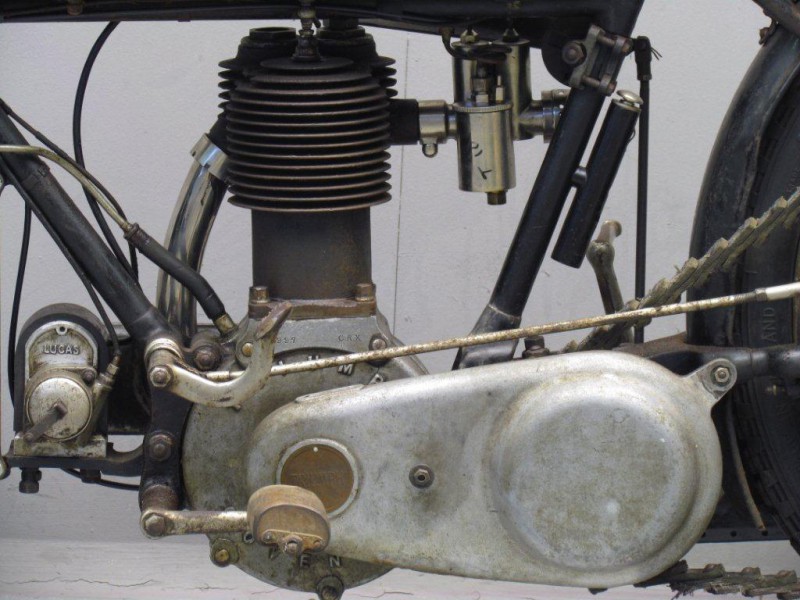 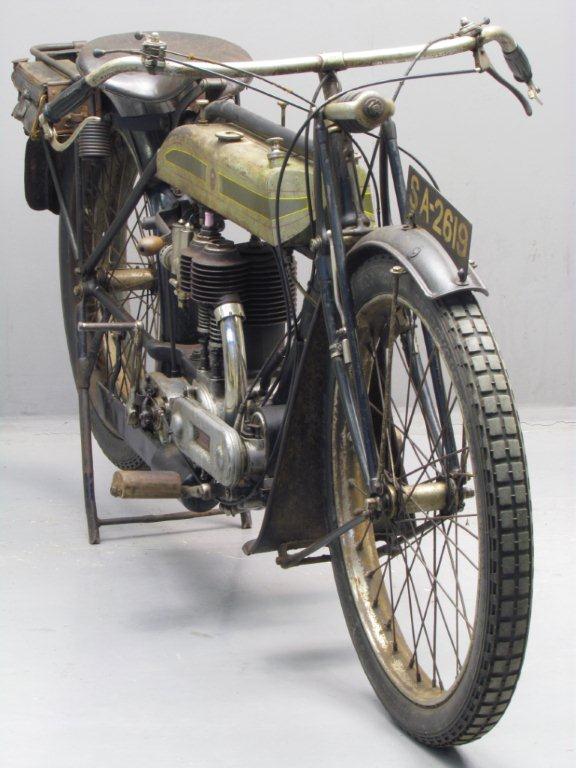 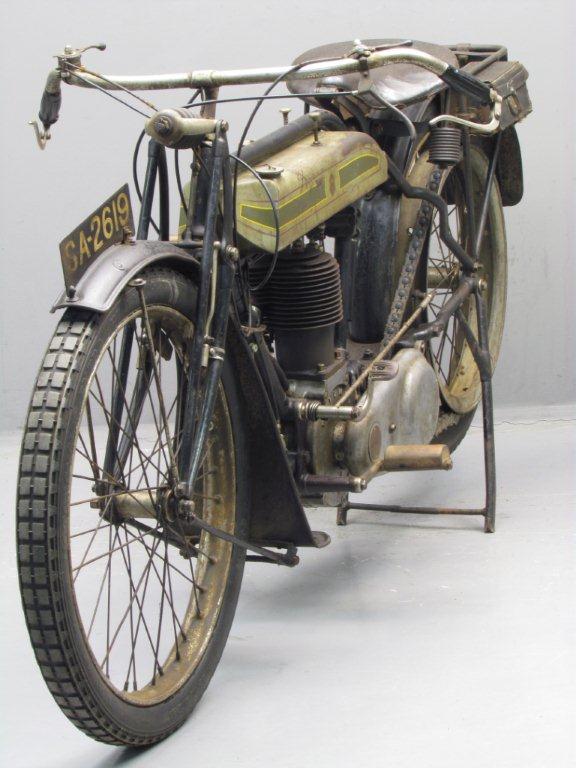 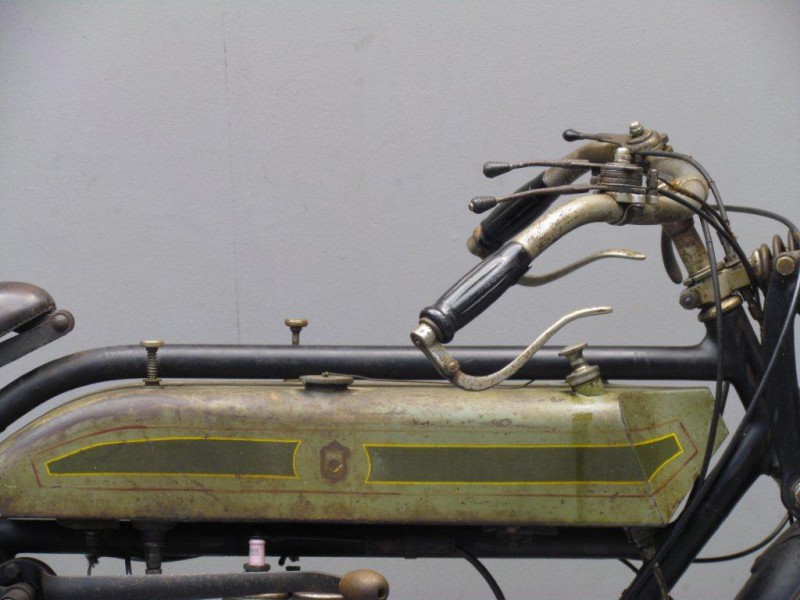 The model H was announced late in 1914 as a logical development of the famous veteran        “ Trusty”. But it  wasn’t just  a 1914 model with a countershaft gearbox: the engine differed from the veteran engine in various ways.
It had a single cam wheel  with 2 cams instead of separate cam wheels for the inlet and exhaust valve.
The casting for the cylinder was entirely new, the valve head diameter was enlarged by  ¼ inch and the valves were spaced further apart.
A great improvement over the 1914 style 3-speed hub was the Sturmey Archer countershaft gearbox.
The primary chain drive was enclosed by a neat aluminium cover; secondary drive was by belt.

The model H was a very successful model: some 30,000 were supplied to the  British and allied forces during the War; total production till 1923 came to a grand total of 57,000.
This venerable H (assembled in August  1920) is an  utterly reliable motorcycle in authentic condition,  full of character  and a pleasure to ride; what more can you want from a vintage machine?