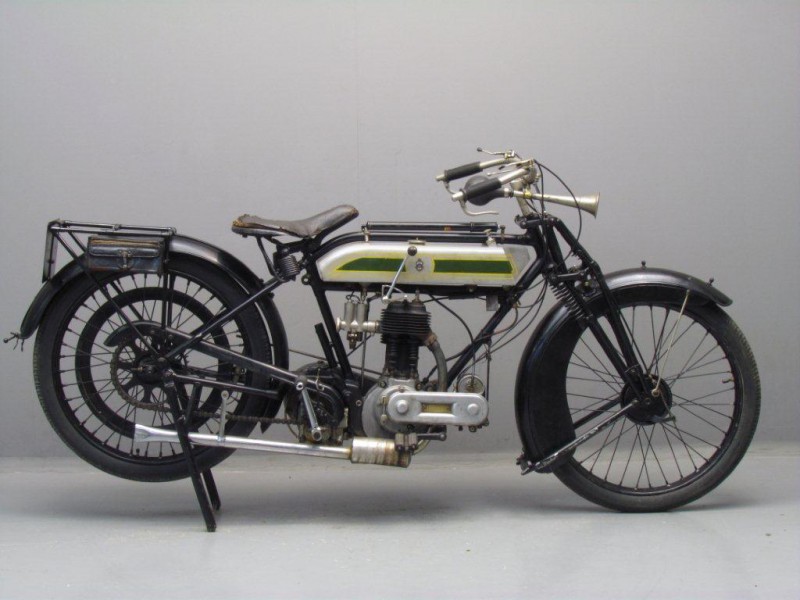 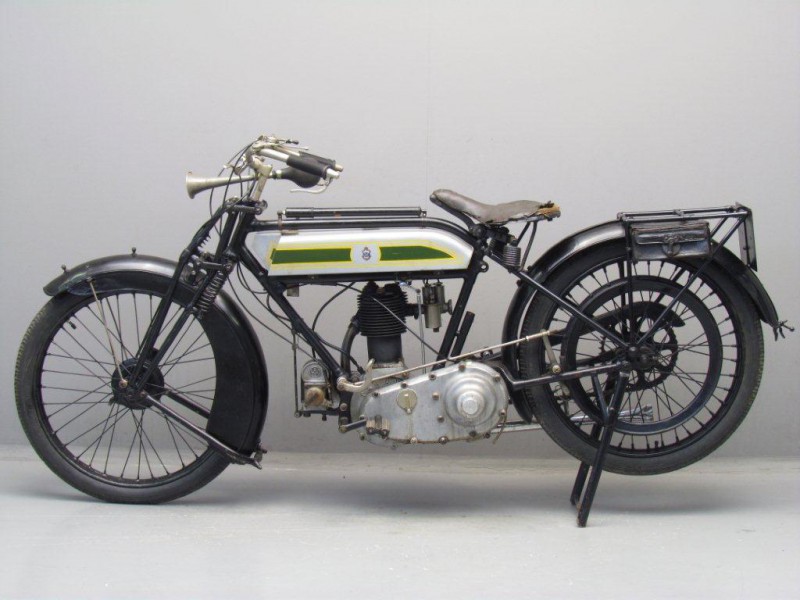 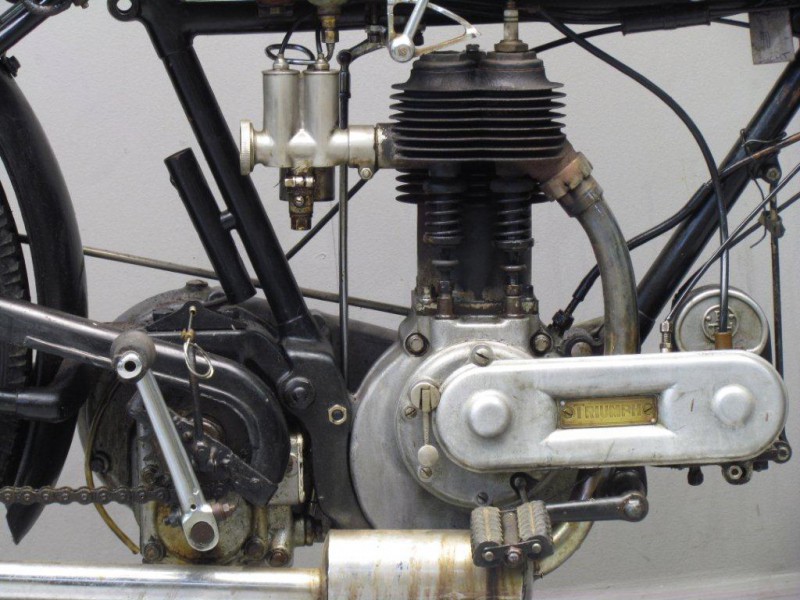 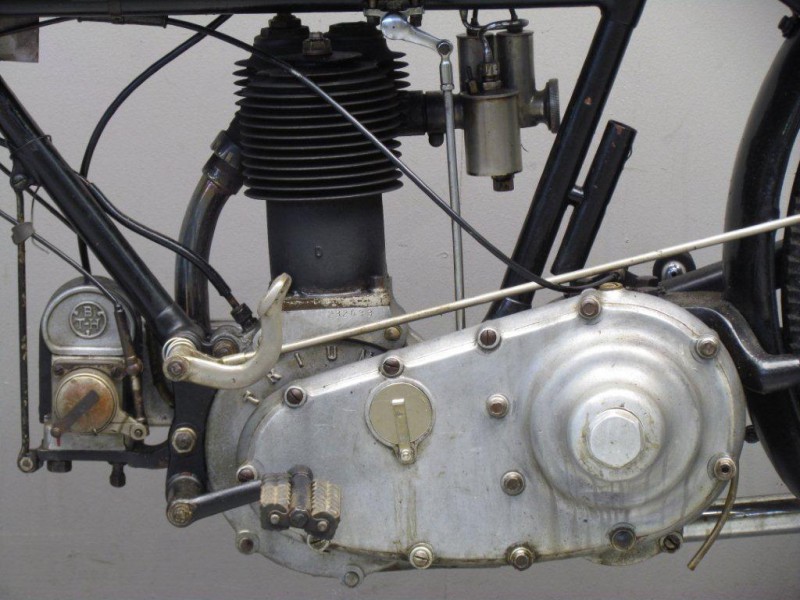 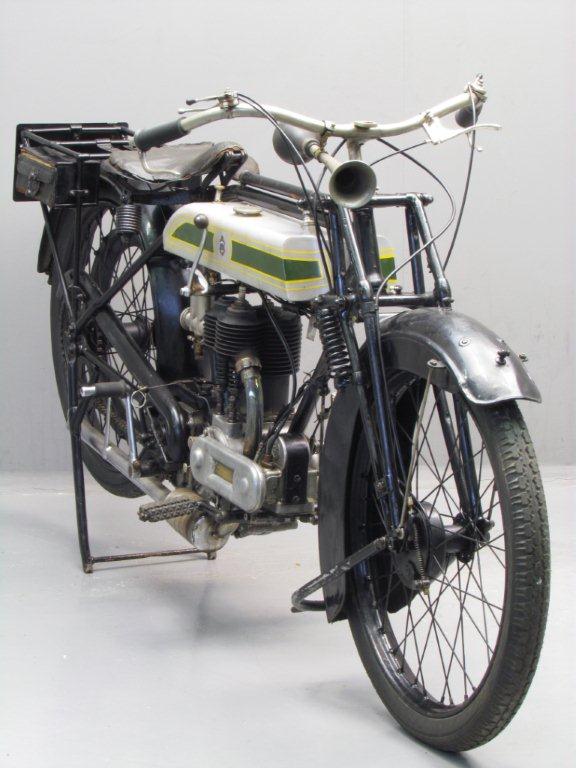 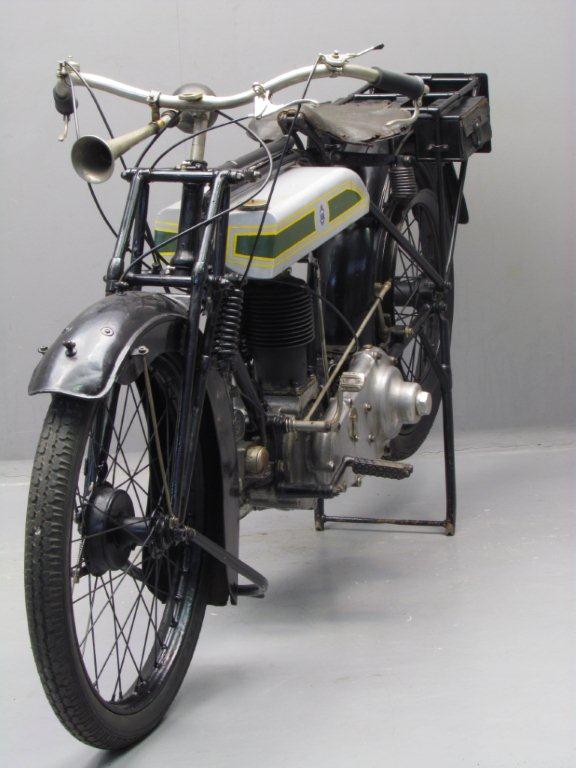 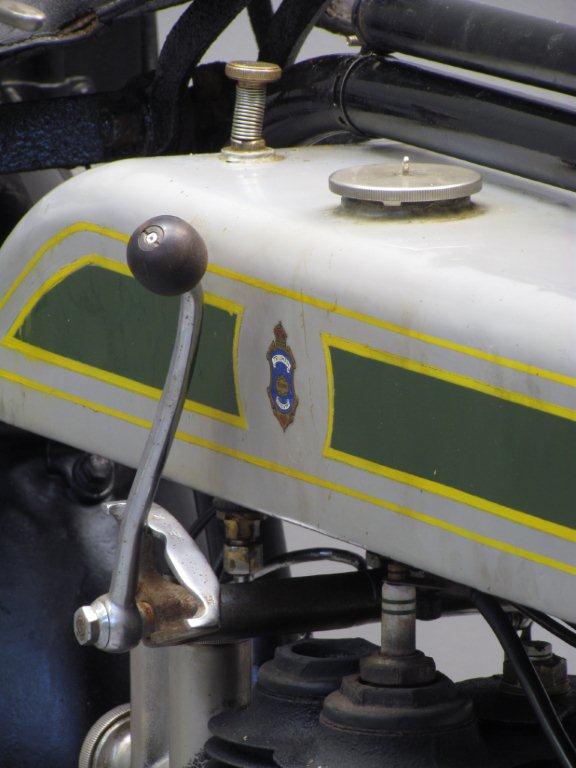 The SD (Spring Drive)  is in fact a somewhat modernised version of the famous model H, which had grown out of the “Trusty” veteran Triumph.
It  was catalogued for the years 1920 to 1927 and is a  very solidly built machine.
By the mid-twenties belt drive was losing its appeal to many motorcyclists, so Triumph designed a model with chain secondary drive.
The primary chain is protected by a well-engineered  aluminium case and runs in an oil bath to minimize maintenance of chain and clutch. The powerful 550 cc engine (bore x stroke =85×97)  has lots of torque.
The SD is equipped with  Triumph’s own (first) 3-speed gearbox.
The SD was popular as a solo mount, but really came into its own when coupled with a sidecar and used as family transport.
Although the engine  is basically that used for the Model H the engine for 1920 had a stronger big-end and there were changed cam profiles. Fuel tank changes meant that its capacity increased from 1½ gallons to 2 gallons, and there were two types of the latter.
Triumph specialist Peter Cornelius  estimates that some 16,000  machines were produced. Peter can supply   a detailed information booklet on the SD, see www.triumph.gen.nz
This older restoration SD is an interesting  example of a vintage British machine in the popular 500cc class.
It’s a good runner.