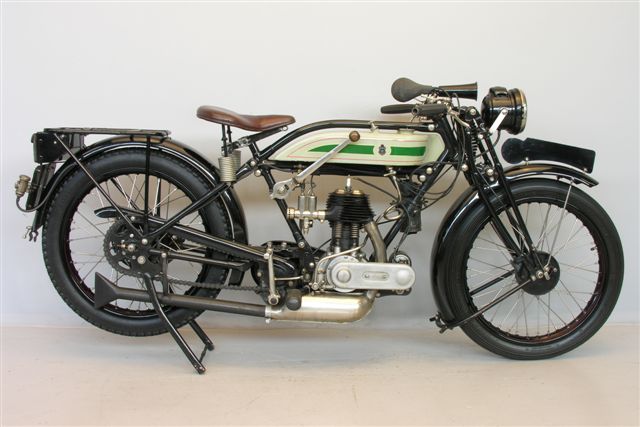 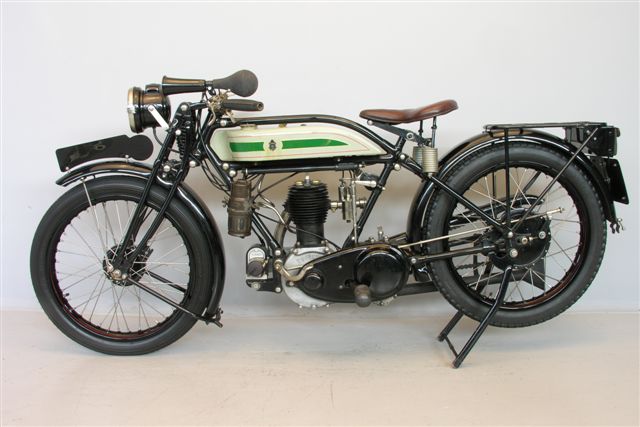 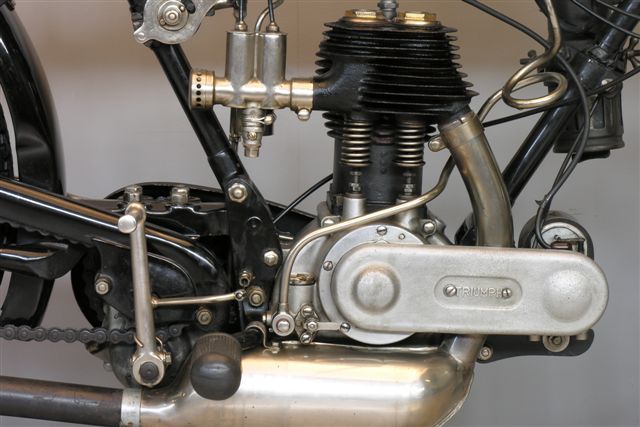 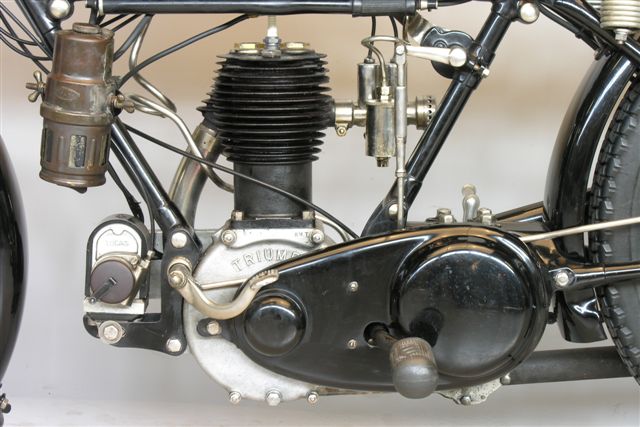 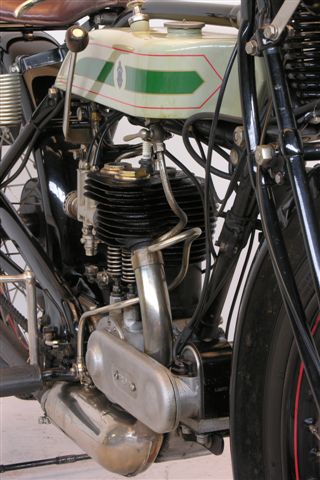 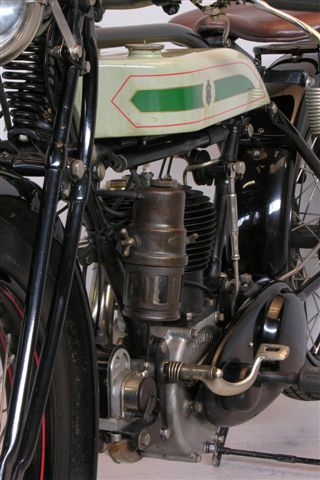 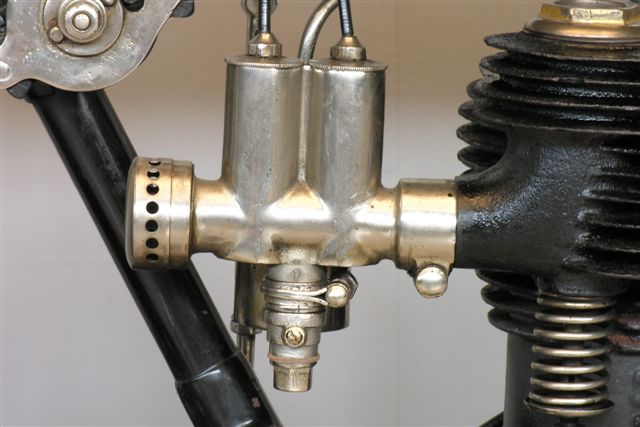 In the twenties Triumph had to fight hard for their market share.
Their answer to the competitors was a  basic  500cc bike: it was very  was cheap – £42.17s.6d -the type SD, also a 500 cc side valve single,  was £83.00.
By using new mass production methods labour costs were cut.
There were  some teething troubles with engine and clutch quality in the early series; when these problems were solved the  design turned out to be very practical. More than 20,000  Model Ps  were sold.
Peter Cornelius  is the author of several “Triumph – The Facts” booklets covering most of the Triumph models manufactured between 1915 and 1934.
A quote from his booklet on the model “N”: “The 1927 Model N was a logical progression from the very successful 494 cc 1925/26  Model P. Basically the same engine was used with the addition of  an internal ‘semi-automatic’  oil pump along with the later evolvement of the model P gearbox.
These were placed into an updated frame with Webb single spring forks and a brake shoe rear hub replaced the long-used dummy belt- rim brake.
The single internal band front brake remained but beaded edge tyres disappeared for ever and wired-on rims and tyres were fitted.(…)”
For more information : cornelp@xtra.co.nz.
This machine has been restored with care and comes complete with acetylene lighting and bulb horn.