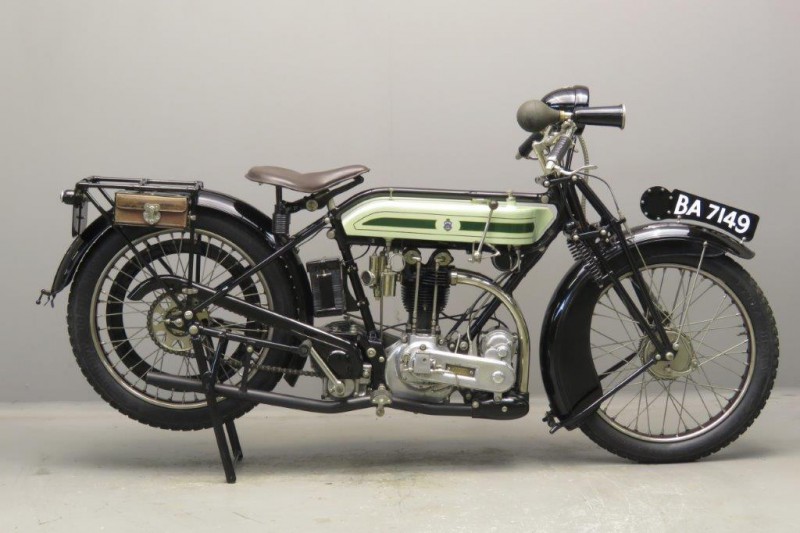 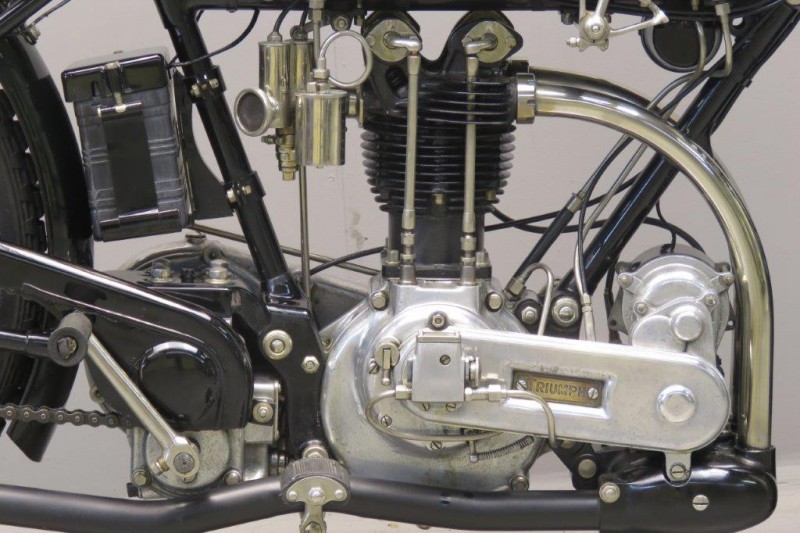 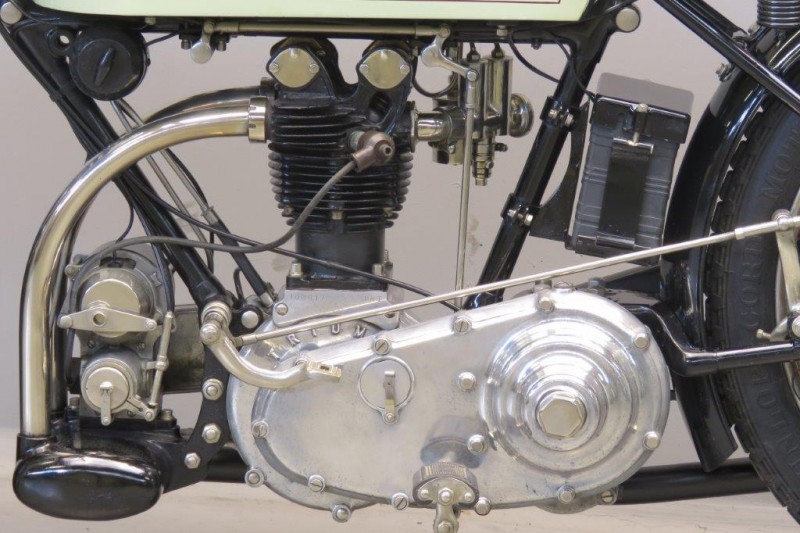 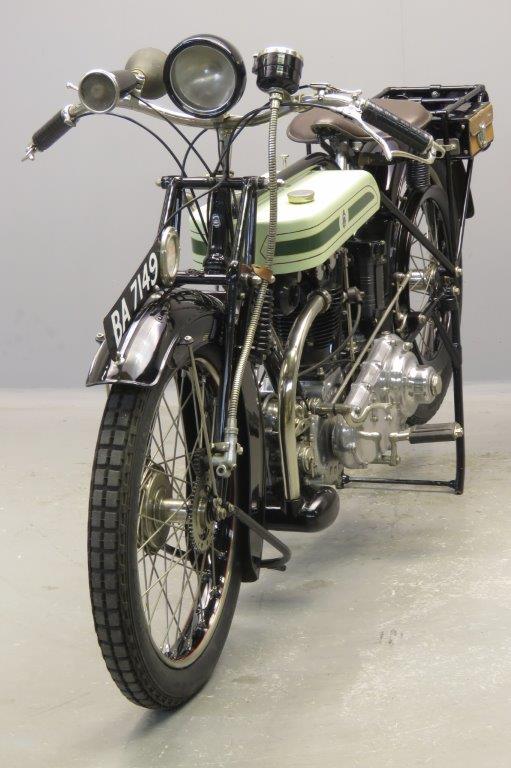 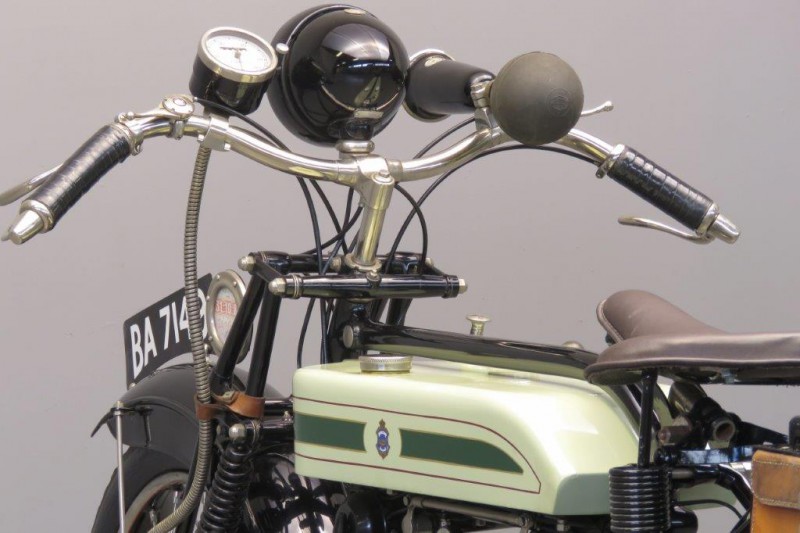 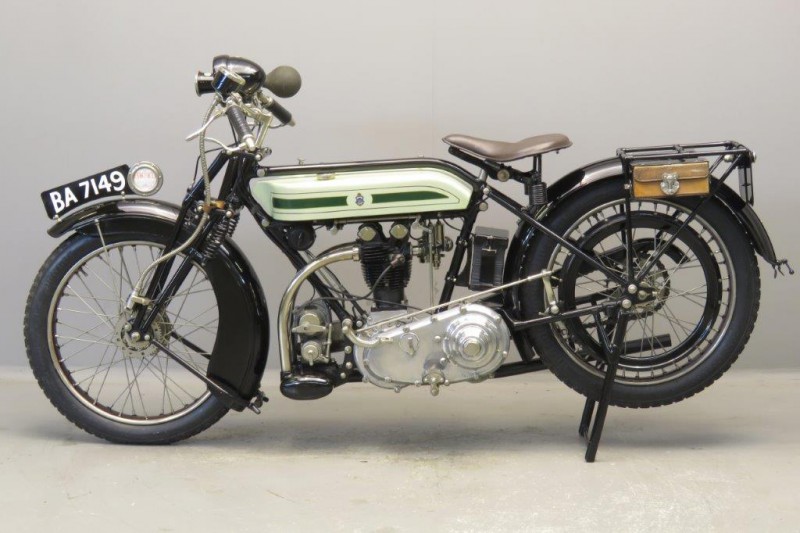 Triumph’s early output was confined to side valve machines, but in 1921 the appearance of the Coventry firm’s first overhead-valve model caused a sensation.
|It was based on the existing SD (‘spring drive’) model, whose frame and engine bottom end it inherited.
The 3½hp (500cc) newcomer sported a four-valve cylinder head designed by automotive engineering consultant Harry Ricardo.
Although the ‘Riccy’ was unsuccessful at the Isle of Man TT races, a works bike ridden by Frank Halford broke the world flying mile record in 1921 with a speed of 83.91mph.
The first production models arrived in 1922  and were  not equipped with the steel cylinder barrel of  the racer  but with a cast iron one.
Otherwise the specifications were much the same: paired parallel valves set at 90 degrees in a pent-roof combustion chamber, bifurcated inlet port and separate exhausts. Druid girder forks were fitted until Triumph’s own design was ready.
Economy rather than outright performance was the road-going Riccy’s strongest suit: more than 100 miles per gallon was within reach at moderate cruising speeds.
Although Rudge went on to make a success of their four-valve designs, Triumph’s did not last into the 1930s.
The Ricardo was dropped at the end of 1927 perhaps due to the high production costs of the  complicated head and  barrel.
This Triumph is presented in  show condition.
Currently she shows only 2267 miles on the  Cowey speedometer that is fitted as an accessory  and this mileage is reflected in the machine’s overall appearance.
This Ricardo is presented in near pristine condition and runs very well.
Today, the Ricardo is regarded as one of Triumph’s most collectible motorcycles.