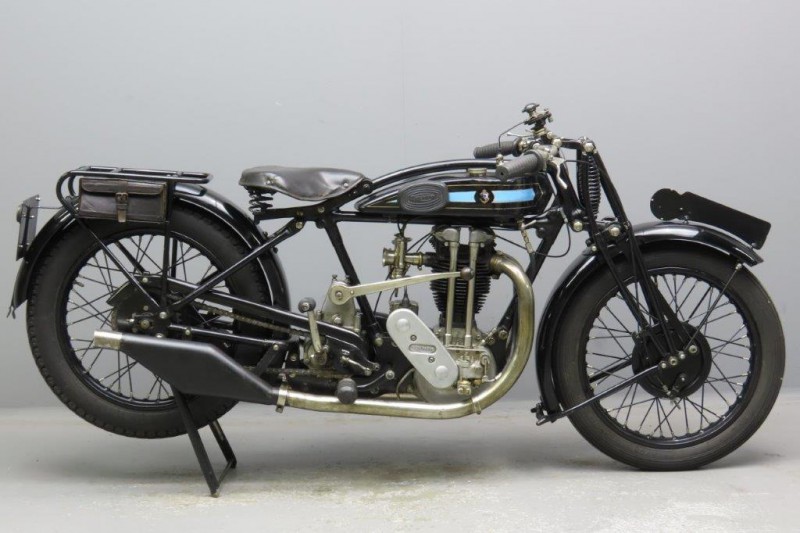 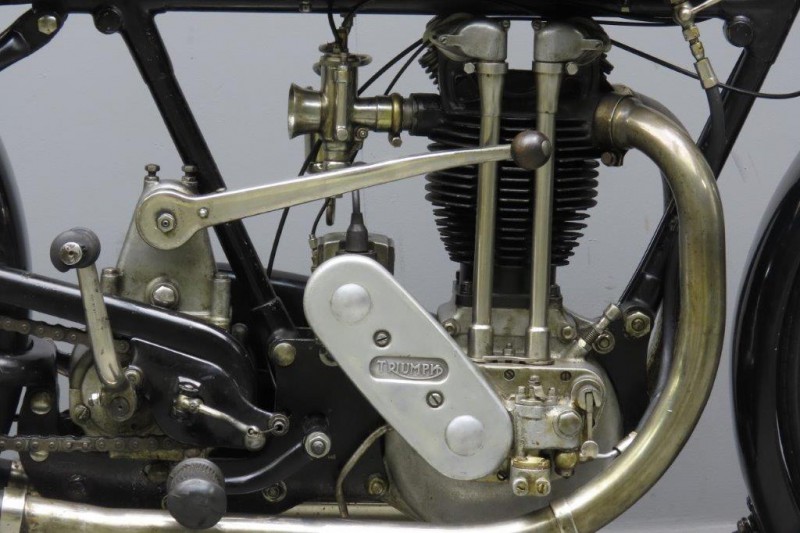 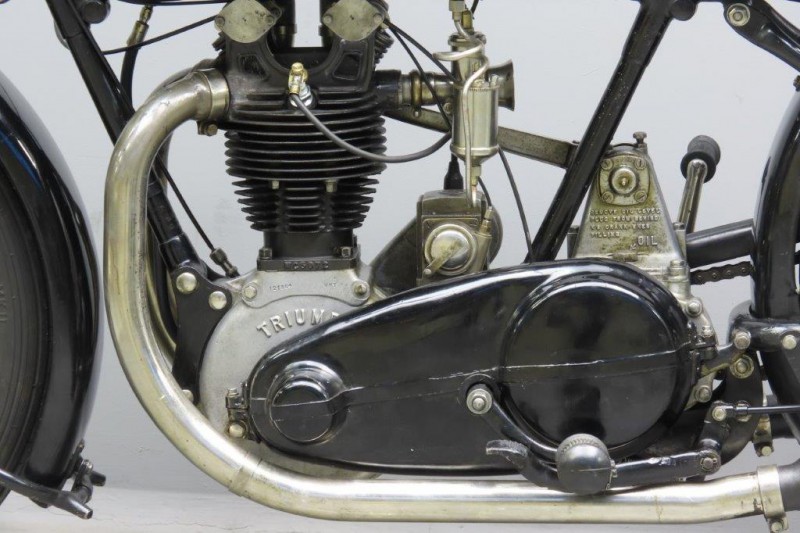 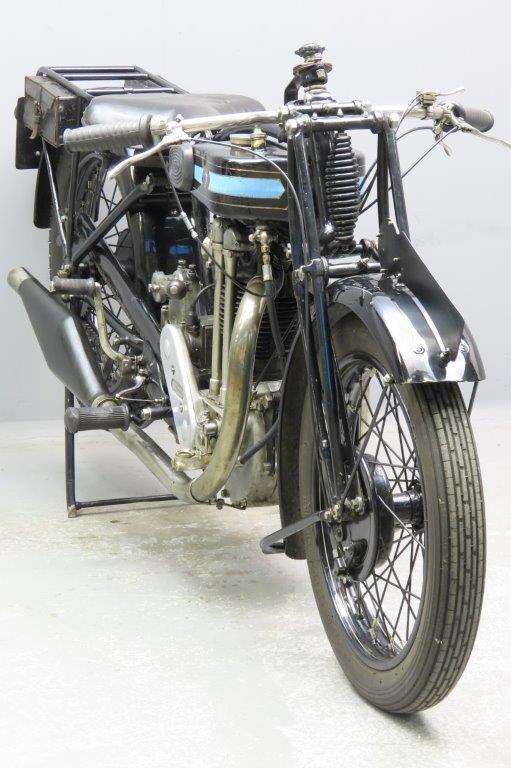 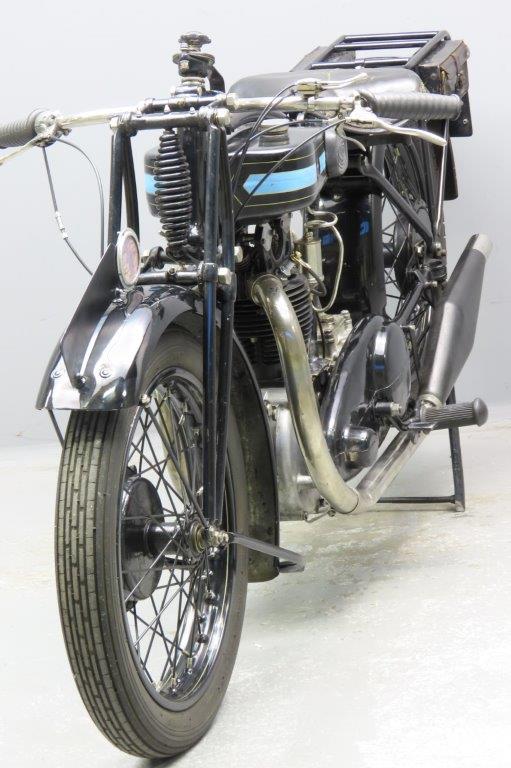 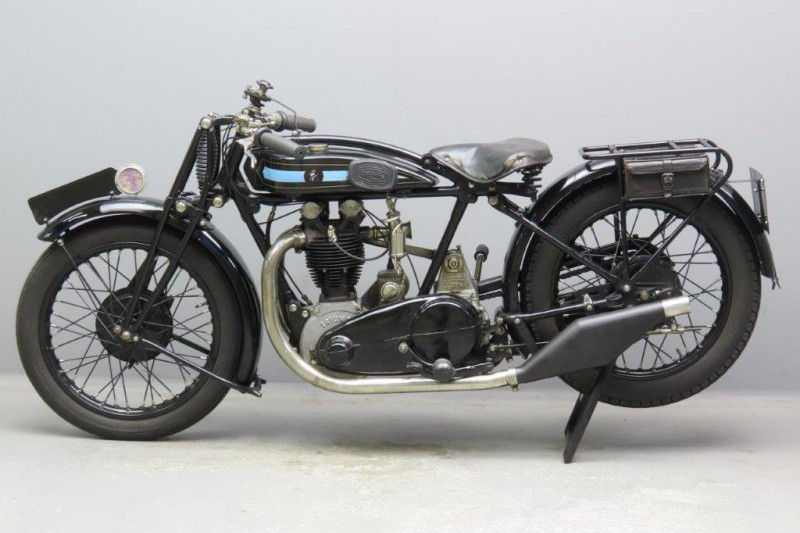 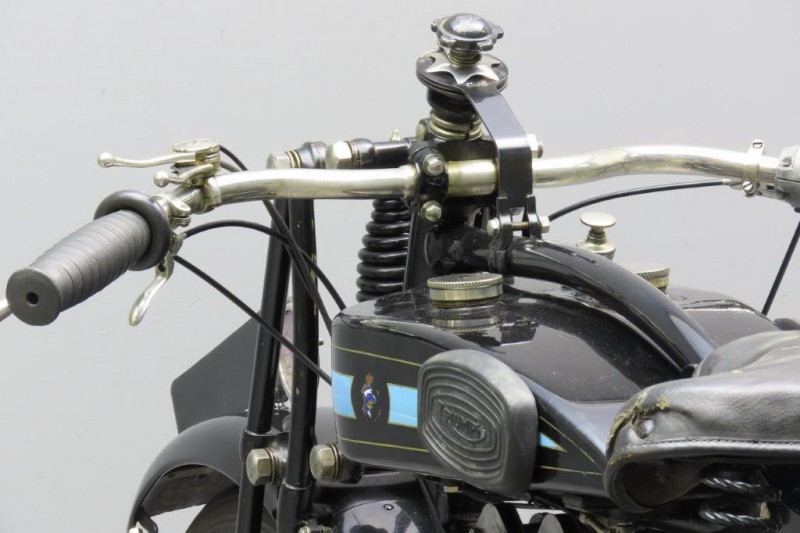 Triumph’s first sporty OHV machine was the Ricardo: it was conceived in 1921 when the company decided to enter the 1921 TT with an overhead valve model.
Ricardo and Co. Ltd. were given the order to develop a four valve racing engine.
That is to say, the engine bottom half to be used was essentially that of the side valve model SD and many cycle parts were SD too, so only cylinder and head were to be designed newly.
The new machine did not prove very successful in racing events but the Ricardo went in production for the 1922 season.
In the next few years a lot of development work was done to the engine but that never led to real racing successes.
As a sporty touring mount the Ricardo was more successful and it stayed in production till 1927.
In the mid twenties Triumph felt it was time again to introduce a fast sports machine that could act as a flagship for the range.
The new model was derived from the 1923 to 1926 “Victor Horsman” racing machines.
It was basically the machine Horsman had ridden in the 1926 Manx TT and the 1927 catalogue introduction of the new model was very promising: “Another entirely new model is the 4.98 h.p. T.T with overhead valves and two-port exhaust.
This fast sports machine has already gained over 140 British and World’s records.
It is exceedingly attractive and its design is largely the result of the personal experience of Britain’s foremost racing experts.
Steering is unusually light and easy, and the low riding position and compact design imbue the rider with perfect conficence.”
The engine has bore and stroke dimensions of 80×99 mm and the model features a three speed hand change gearbox. In 1929 the TT got a saddle tank and then became the Model ST.
This machine was first registered on October 14, 1927.
She has been restored a number of years ago and is in excellent running order.
This fast tourer comes with comfortable “Brooks Supple Seat” saddle, BTH magneto, steering damper, Amac carburettor and current Dutch registration.
For detailed information on this model consult Peter Cornelius’ “The Facts” booklet, surf to http://users.actrix.co.nz/cornelius/Triumph/