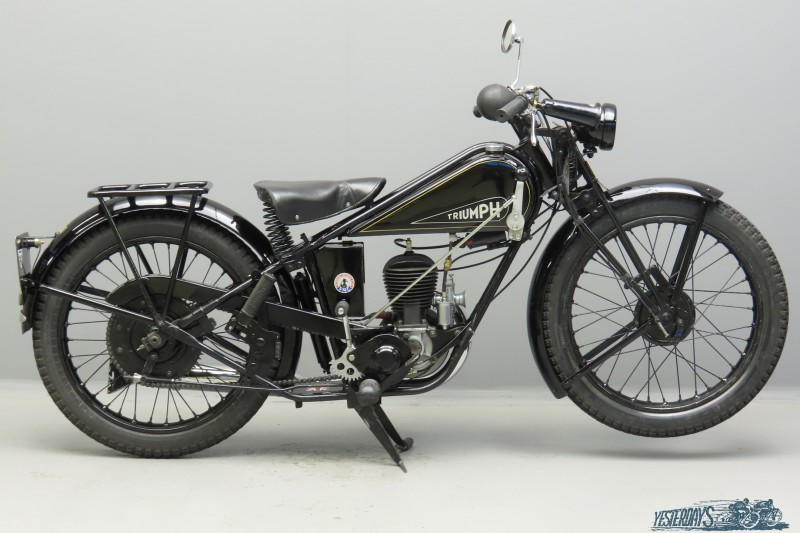 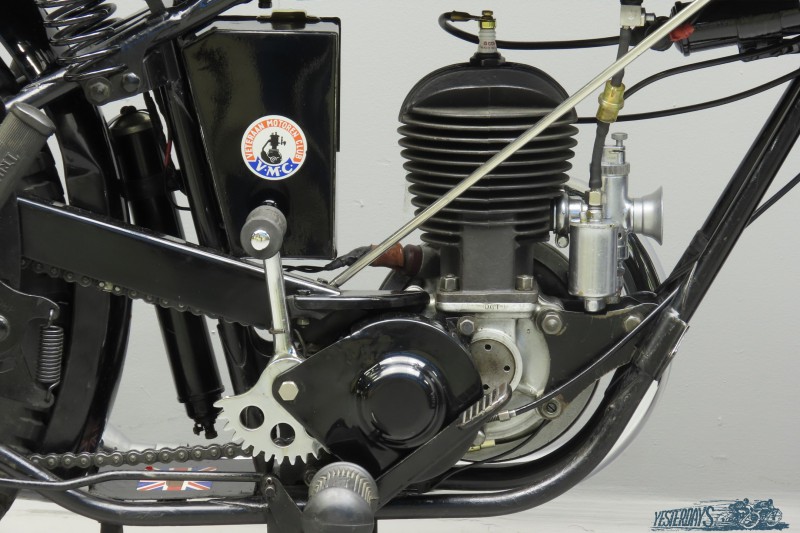 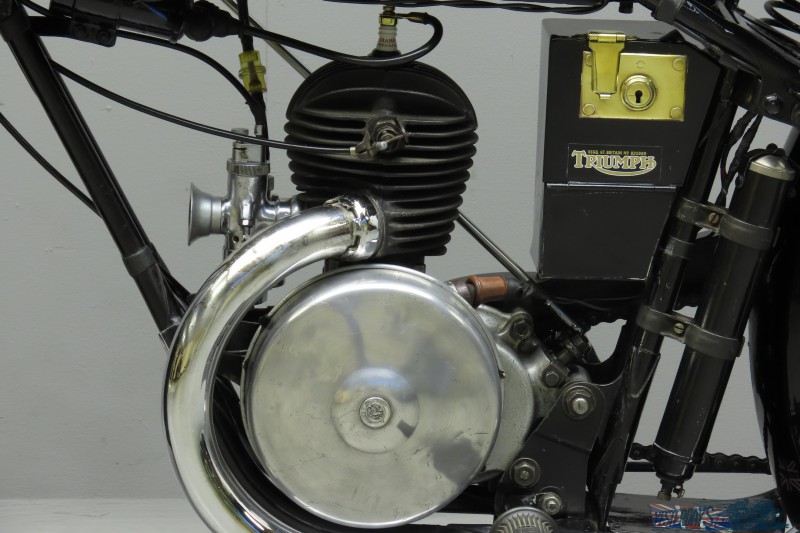 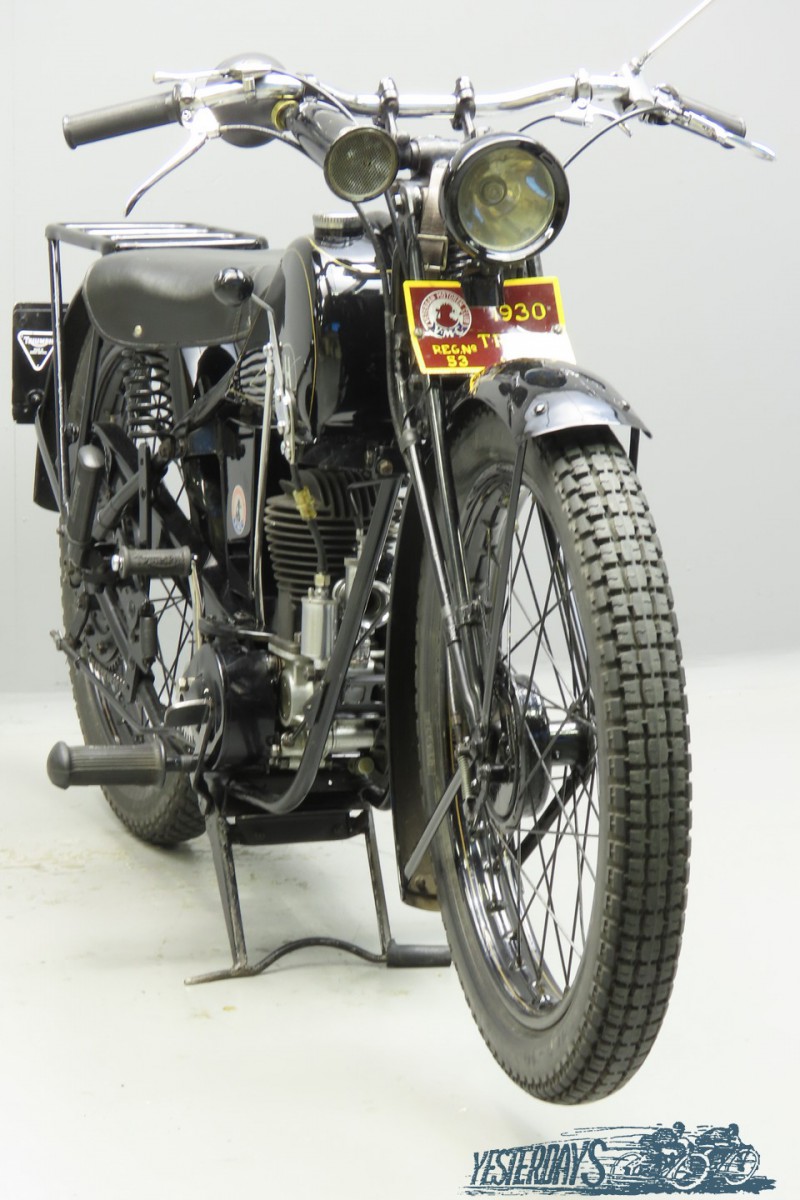 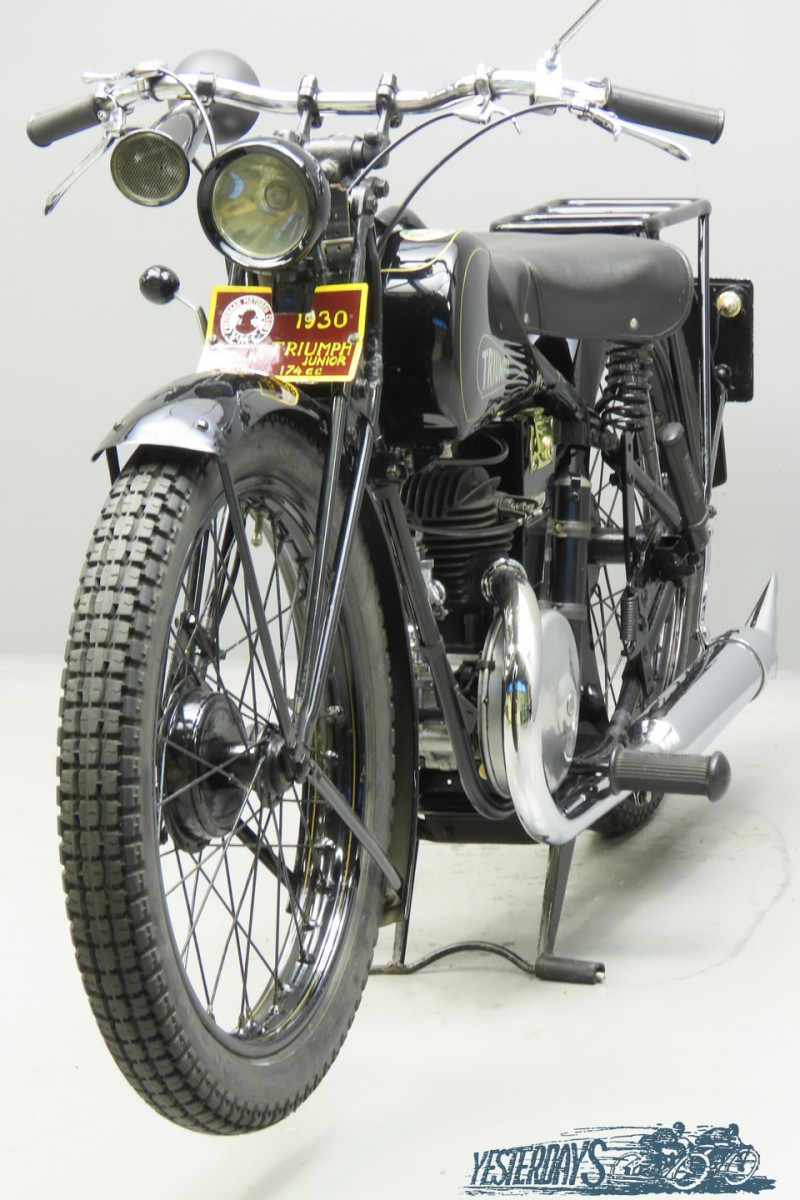 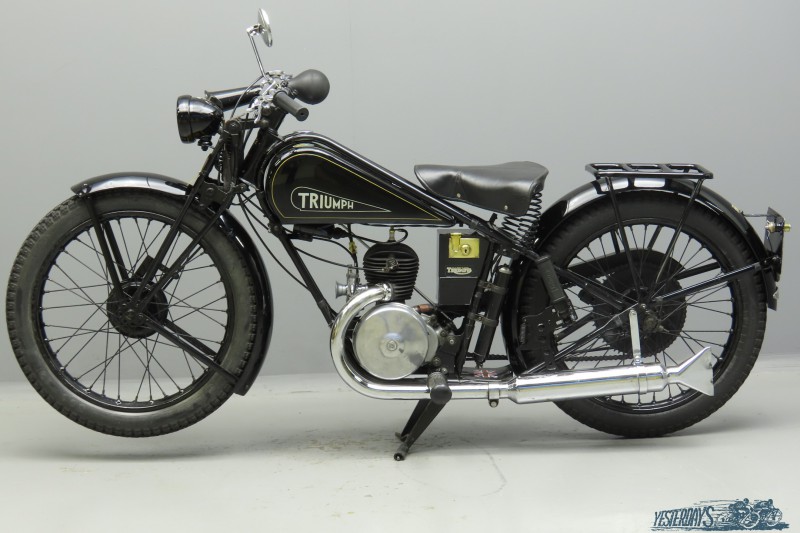 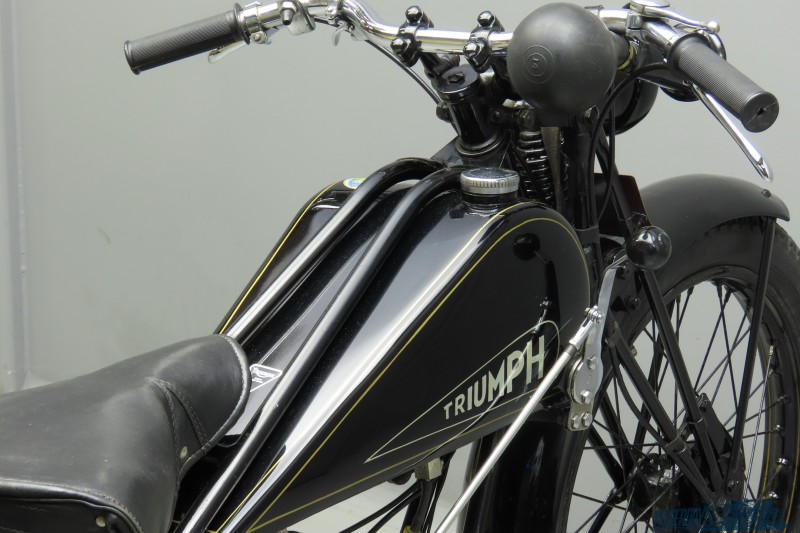 After the Wall Street Crash on October 24, 1929, many people around the world found themselves out of work or severely restricted in their income.
Thus luxury transportation was no longer in demand and for those who needed transportation for their work or to get there and back, the main objective was to achieve this as economically as possible.
Many who drove cars replaced them with motor cycles, while those with motor cycles either resorted to pedal cycles or downgraded to as cheap a machine to run as possible.
Triumph reacted quickly in order to stay in business and to help satisfy the requirements for economical transport without frills and the new 174cc two stroke Model X “Junior” was announced at the end of February, 1930. (source: Peter Cornelius).
The specifications of the model X were comparable to those of the ultra-lightweight BSA two stroke Model A that had been introduced in 1928. Light in weight, economical and with a top speed of over 40mph, it should have been just what commuters wanted but the X lasted only till 1933.
Like that of the BSA, the Triumph’s unitary engine/gearbox unit was of unconventional design, featuring a forward-facing carburettor and choice of two speeds in the transmission, which were driven directly off the bob-weighted crankshaft and selected by means of a rack-and-pinion operated selector dog.
No forgings were used in the frame, which consisted of a combination of curved tubes and pressings.
Bore x stroke dimensions were 59.9×52.5mm and the spark and lighting were taken care of by a Lucas external flywheel magneto. Starting is done with the engine in gear and the clutch disengaged.
Only a few thousand Model X machines appear to have been produced and they are pretty thin on the ground nowadays.
This survivor was sold new in Amsterdam via the firm of Padding & Van Reenen, their shiny little brass dealer’s badge still adorns the rear mudguard.
Probably it had only three owner from new, the second one being the vendor’s father-in-law who acquired the little Triumph around 1970.
The current owner has had the machine for more than 35 years and used it regularly for vintage club outings; he describes the performance as “snappy”. It’s in well-maintained condition and comes with bulb horn and, interestingly, sprung pillion footrests.