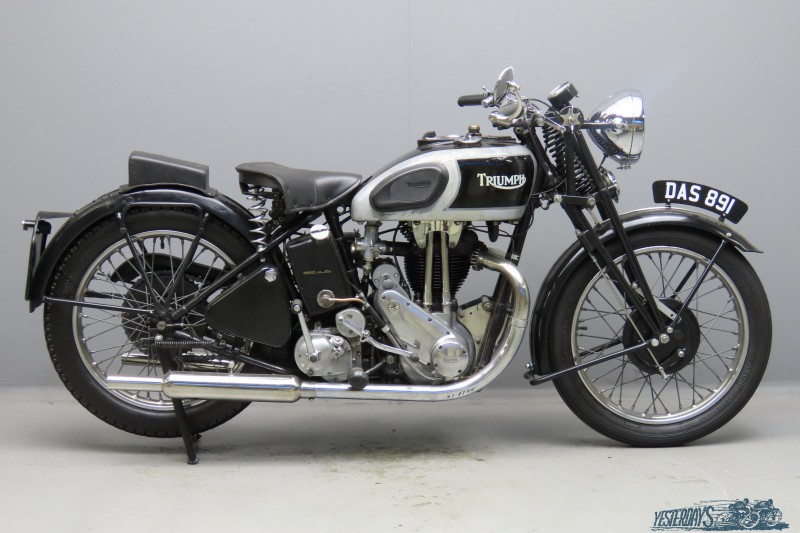 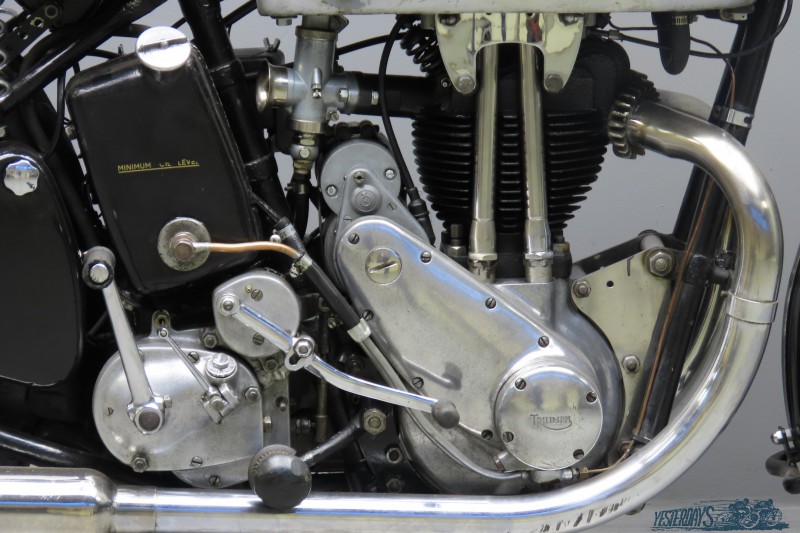 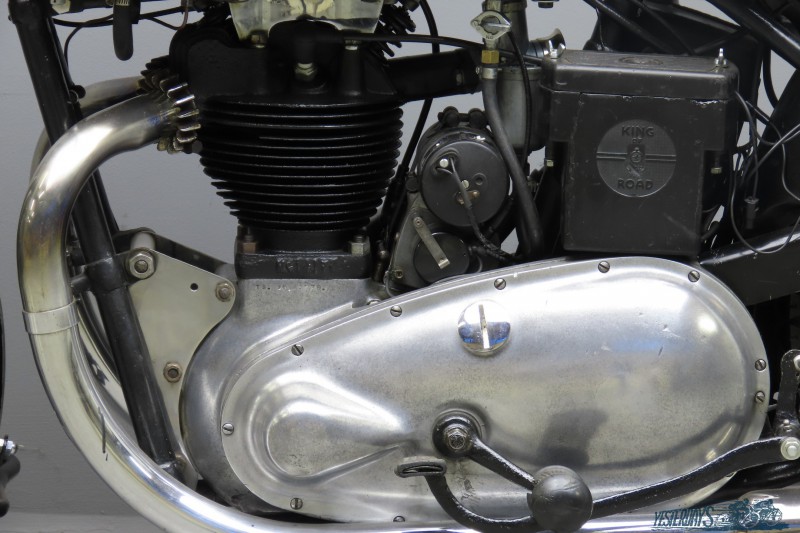 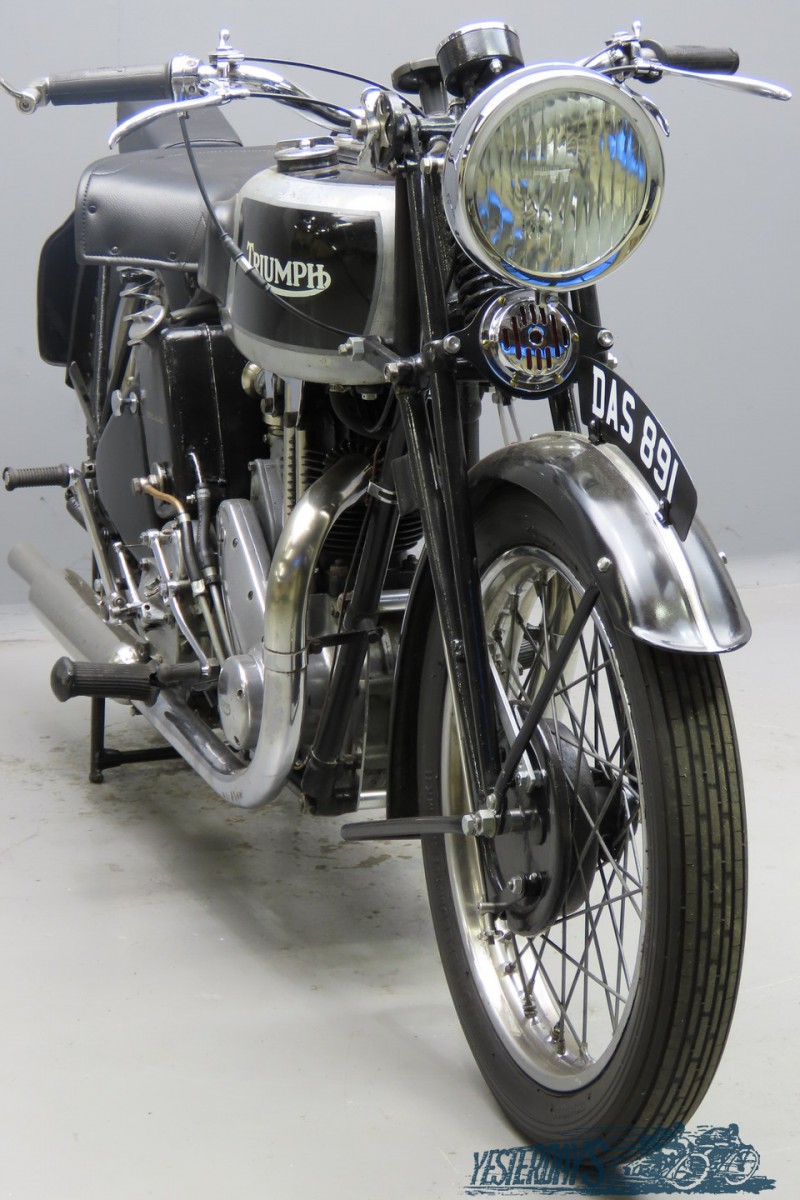 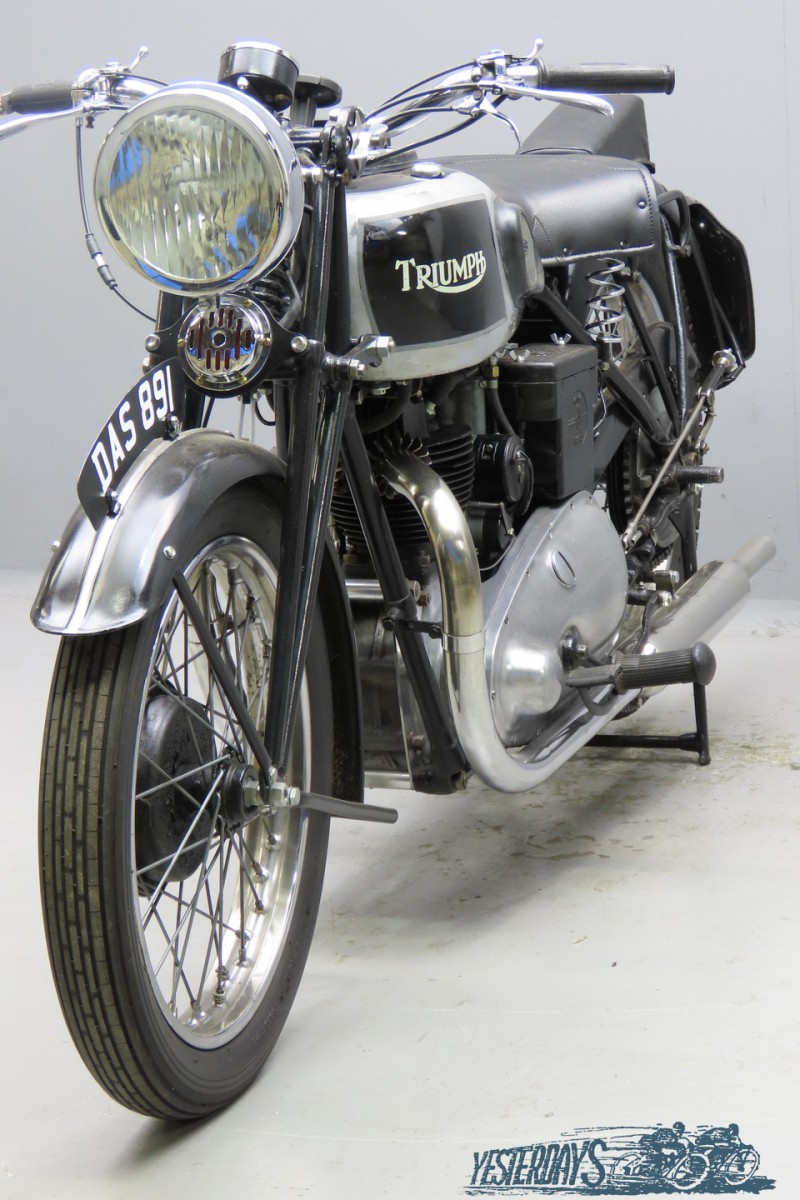 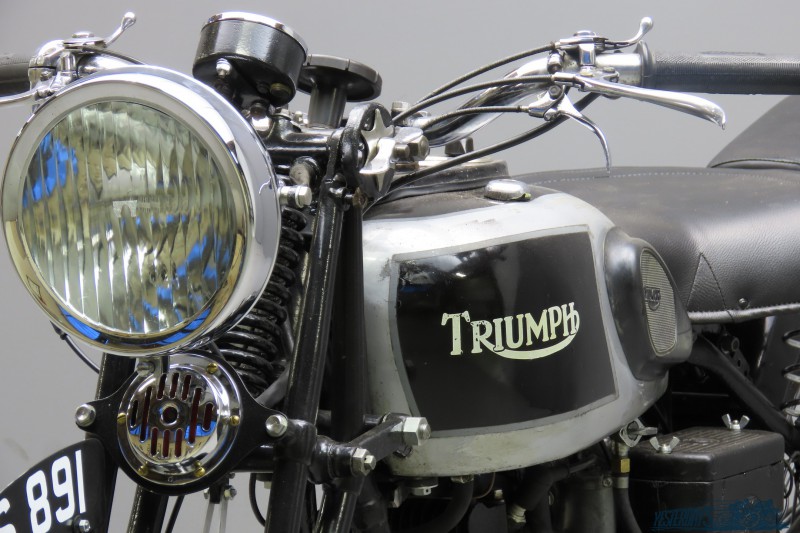 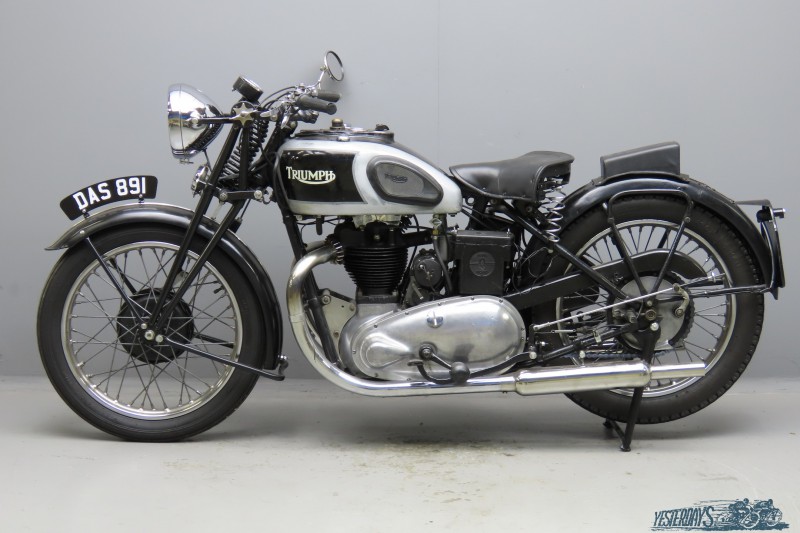 Designer Val Page came to Triumph from Ariel in 1932. He designed an excellent range of motorcycles, of which the 250 cc model was the lightest. Many parts of this model were interchangeable with those of the 350 and 500 cc models; Page was a sincere believer in rationalization in the production process of motorcycles. The new range was introduced for the 1934 season and the new Triumphs proved to be technically excellent machines, although expensive to produce. The 5/5 was the Sports version of the 500, with foot change, two-port cylinder head, and “specially tuned for the sporting rider”, as the 1935 brochure put it.
In January 1936 the Triumph Cycle Co., that had been struggling for a number of years, was taken over by Jack Sangster and renamed Triumph Engineering Co. Ltd. Edward Turner was contracted and became the new Chief Designer and General Manager and he immediately started to rationalize things further: he reduced the range of machines to 8 (there were 18 models in the ’34 range and 13 in the ’35 range, most of them with a number of options in the equipment). Turner was wise enough to keep the excellent bottom end designs of the Page designed singles.
Triumph expert Peter Cornelius, who passed away in July 2021, wrote a series of booklets called “Triumph – The facts”. In his booklet “Triumph’s Val Page Models 1934-1936” he remarks: “Turner waisted little time in “brightening” up Triumph’s machines so that they had more “eye appeal” to potential purchasers. (…) The model 5/5 became the Tiger 90 (claimed in excess of 85 mph with high compression piston). Wanting to get “the show” quickly “off the ground” the early Tigers continued their earlier engine number series with simply the addition of a preceding letter “T”.“ Cornelius concludes that the early Tigers, that still had the old twin downtube frames, were basically the 34/35 Val Page models with a Turner makeover. The factory records for manufacture and sales of Triumph motorcycles were all destroyed in the Coventry blitz in 1940 but Rob Stockdale (sites.google.com/site/rigidframetriumph/ ) has compiled a register of pre-war Triumph frame and engine numbers and his information confirms that both engine and frame numbers match those of early Tiger 90 machines.
This rare early Tiger 90 is an older restoration, accompanied by an extensive file with documentation and invoices, including parts list and maintenance manual. Works carried out include fitting new pistons and stainless steel silencers; relining the clutch and fitting new springs; repairing the primary chain case; fitting a new saddle; installing electronic ignition and an exchange dynamo; fitting a Morgo oil pump and renewing the front wheel spindle and bearings and a front fork spindle. There is LED lighting and the Triumph comes with parts to return it to magneto ignition should a future owner so desire.