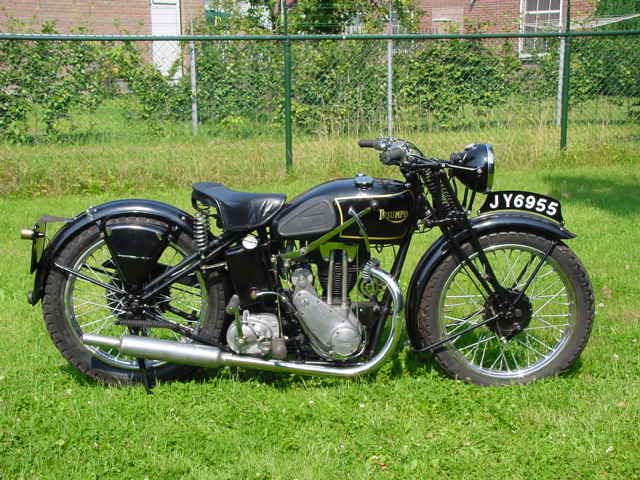 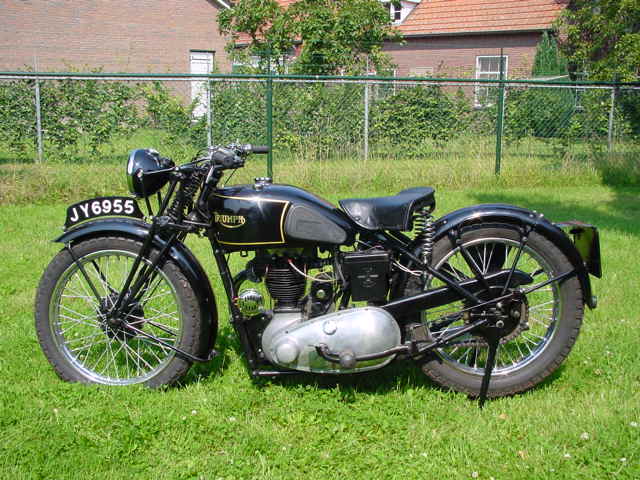 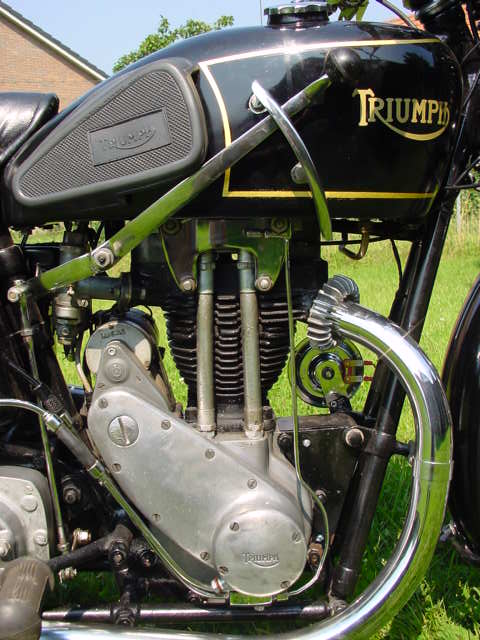 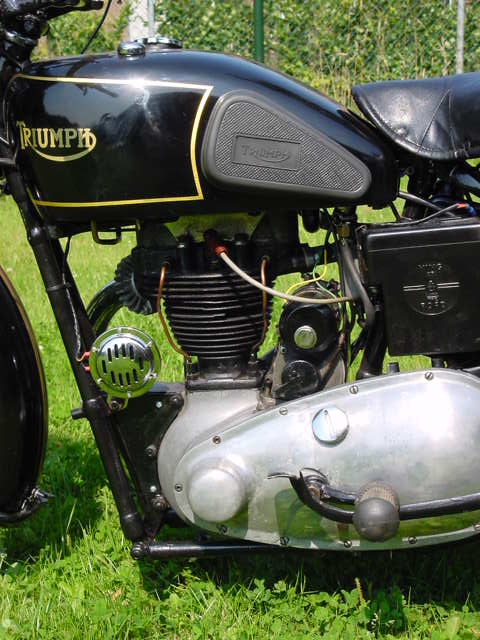 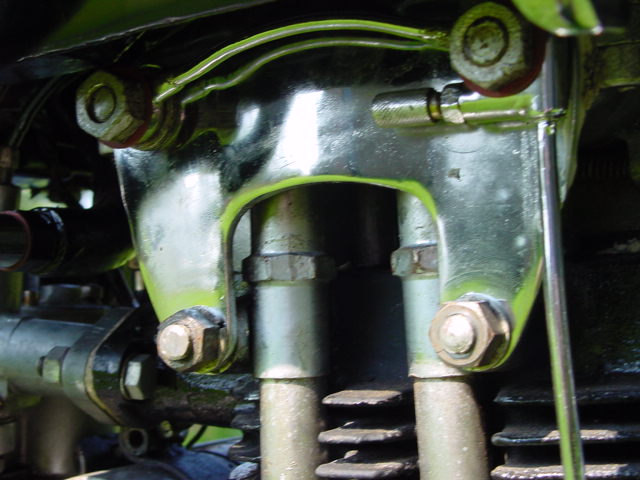 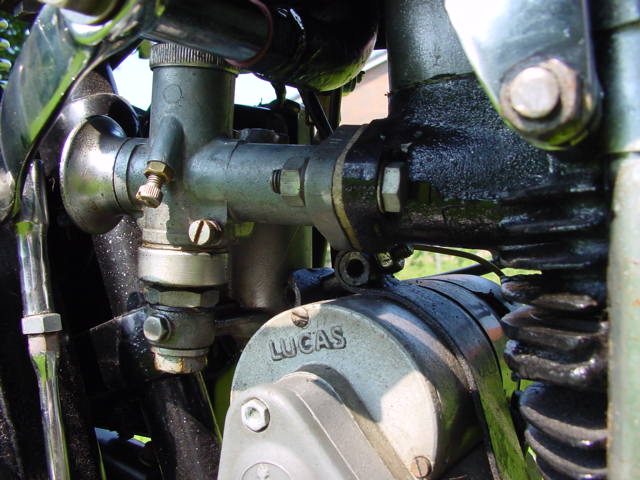 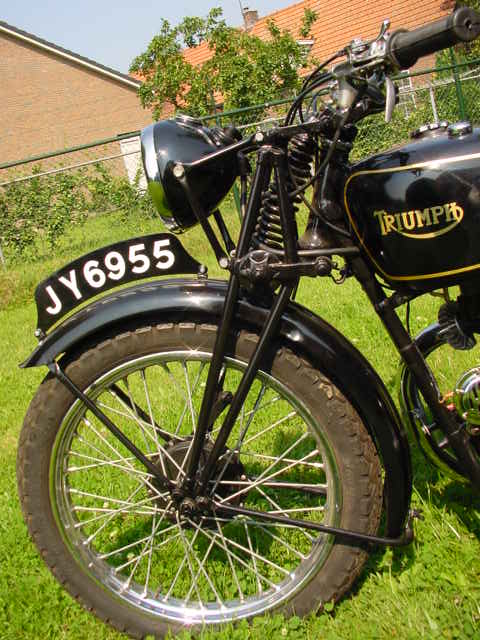 Designer Val Page came to Triumph from Ariel in 1932.
He designed an excellent range of motorcycles, of which the 250 cc model was the lightest.
Many parts of this model were interchangeable with those of the 350 and 500 cc models; Page was a sincere believer in rationalization in  the production process  of motorcycles.
The new range was introduced for the 1934 season.
The 250 was a very good motorcycle, but too expensive to make and consequently unprofitable.
It was said that the company lost five pounds on every two-fifty produced…
The machine had a unique integrally forged flywheel and main shaft set up, which made the engine very powerful and reliable: the L 2/1 became a popular competition machine.
Bore and stroke dimensions were 63×80 mm, identical to the later Speed Twin model: one could say that a Speed Twin was more or less a double “ Light 250”.
Modern features of the bike were dry sump lubrication and a four-speed gearbox. Lighting is by Lucas magdyno system.
This Triumph is an older restoration.