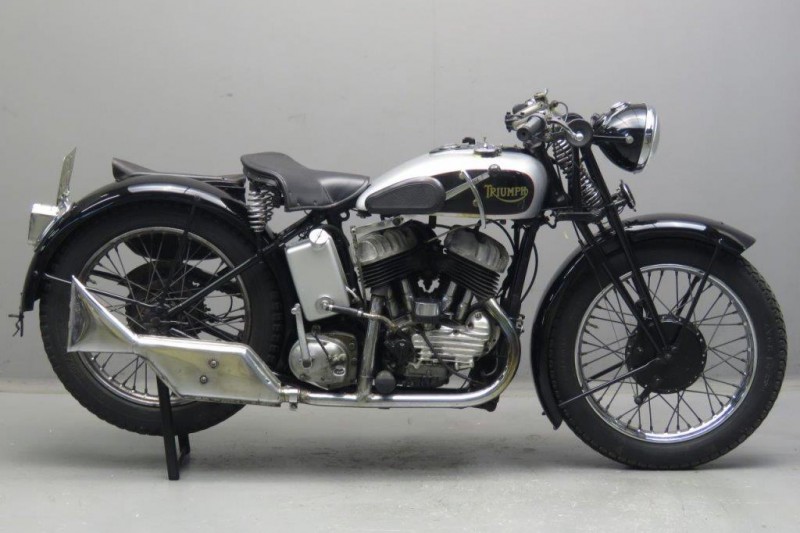 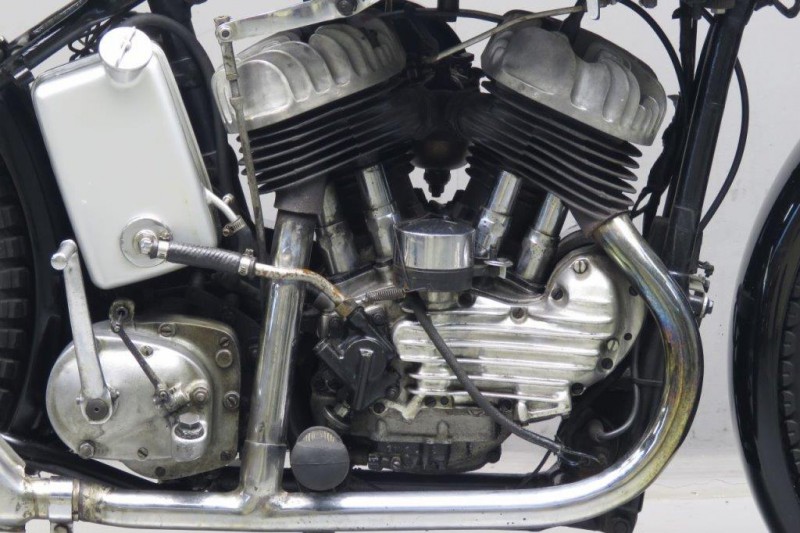 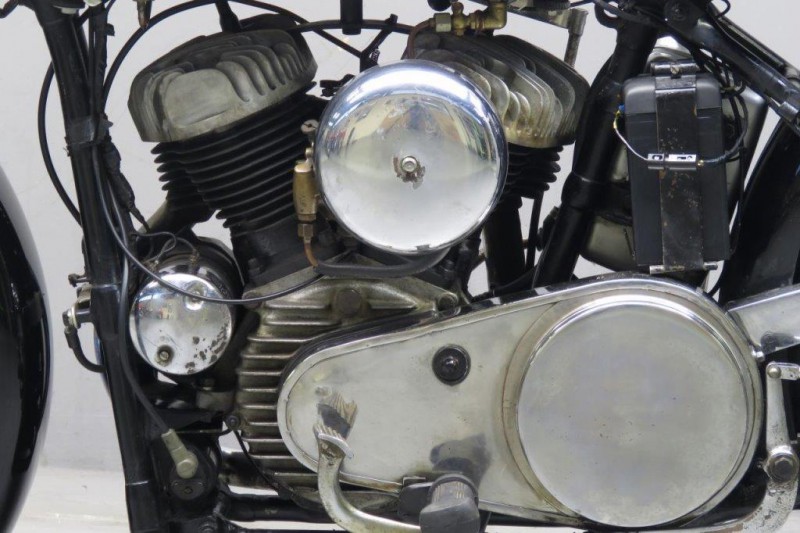 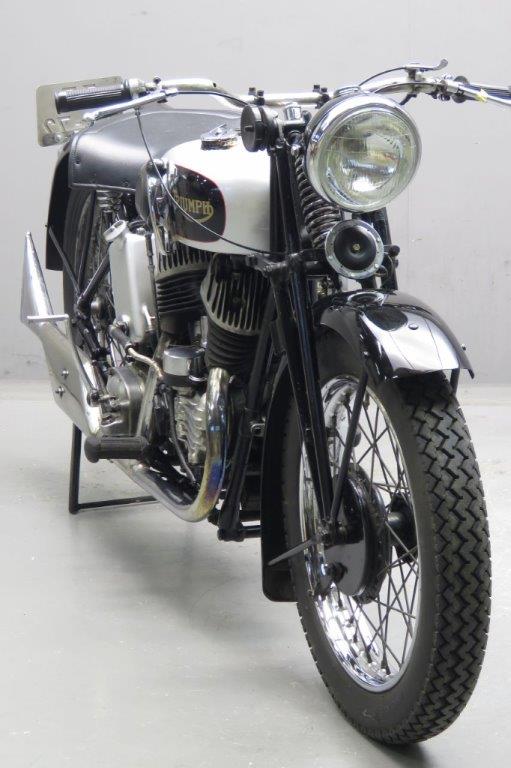 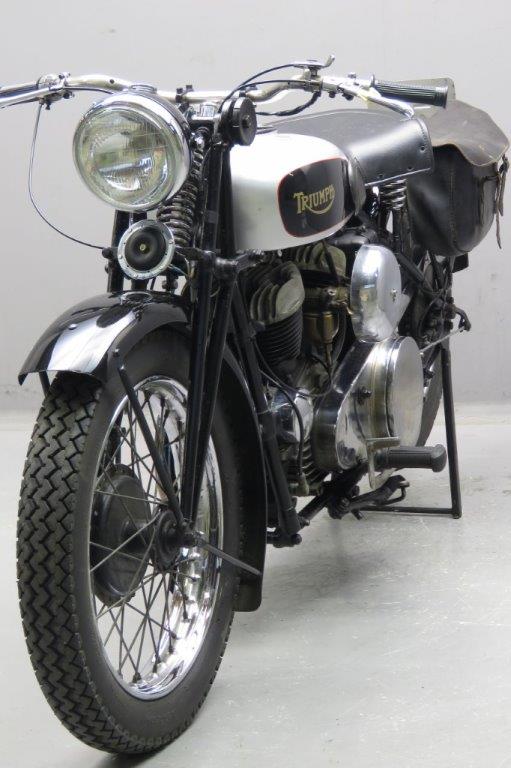 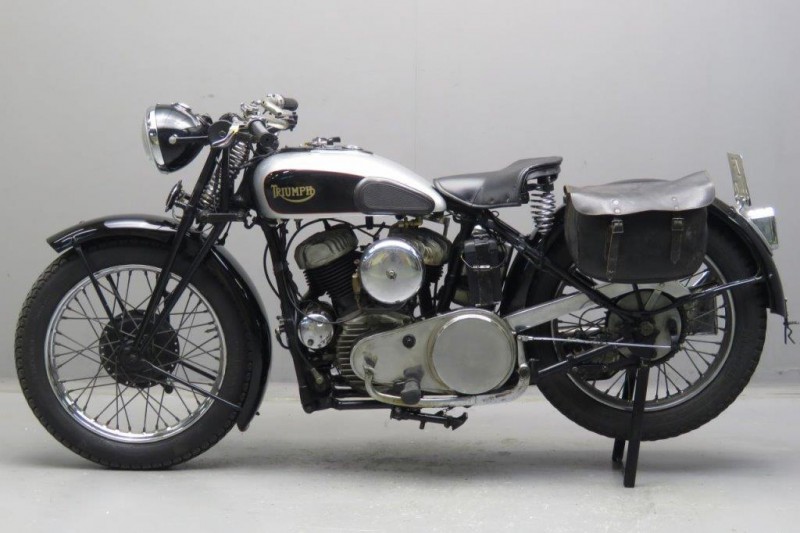 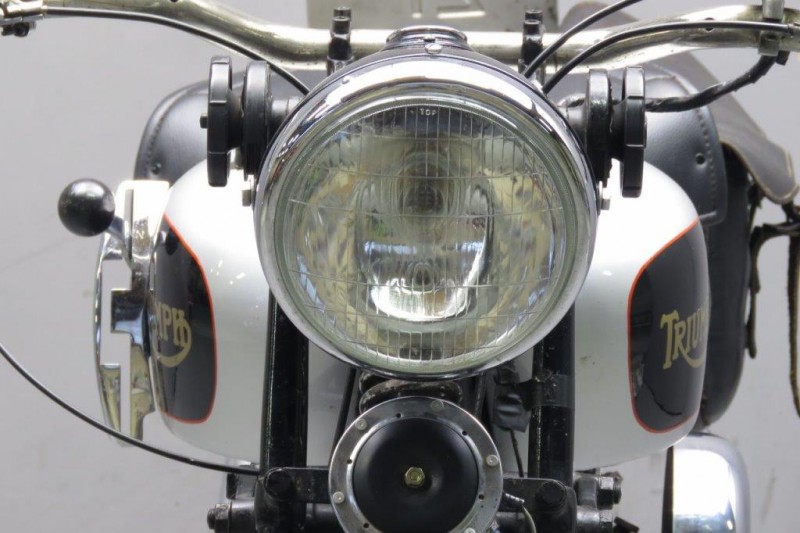 In 1936 the Triumph Cycle Co.  that had been struggling for a number of years, was taken over by Jack Sangster and renamed  Triumph Engineering Co.Ltd.
Edward Turner became the new works manager and he immediately started to rationalize things: he reduced the range of machines. There was a new, compact gearbox and the brakes were improved. Attention to styling was always a strong point with Turner:  the Triumphs looked good and they were good and this new range of machines helped Triumph back to the top.
This c.1937 Triumph was once, for whatever reason, married with a Harley-Davidson WLA engine of 750cc capacity, which fits beautifully into the frame. This engine was originally the power source for  the well known 750cc WLA and WLC war machines made by Harley-Davidson.
The engine of the WLC  is a 45 cubic-inch or 750cc side-valve design, which proved to be reliable though not particularly  efficient , but the "small twin" flathead design was popular in applications needing reliability more than power.
This engine remained in production from 1937 to 1973 which makes it easy to maintain the engine, due to the good availability of spare parts.
For reliability, the Army version actually used a medium-compression version. In modern terms, the WLA's compression ratio of 5:1 is low. Due to this low compression, a WLA/WLC will run on 74 octane gasoline, necessary due to the poor quality of refining at the time, although fuel technology would improve rapidly during the war.
The engine delivers 24 HP. This elegant and sporty looking  machine has been restored some time ago and is still very presentable and well running.
She comes with road registration documents.