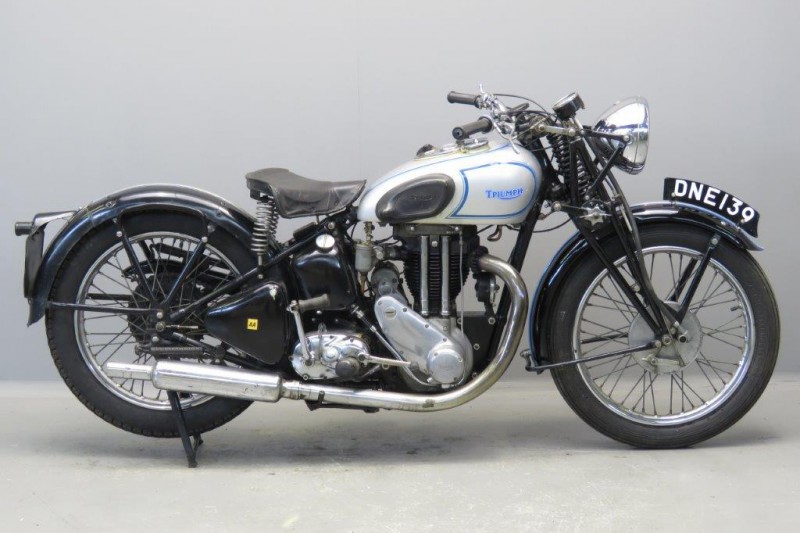 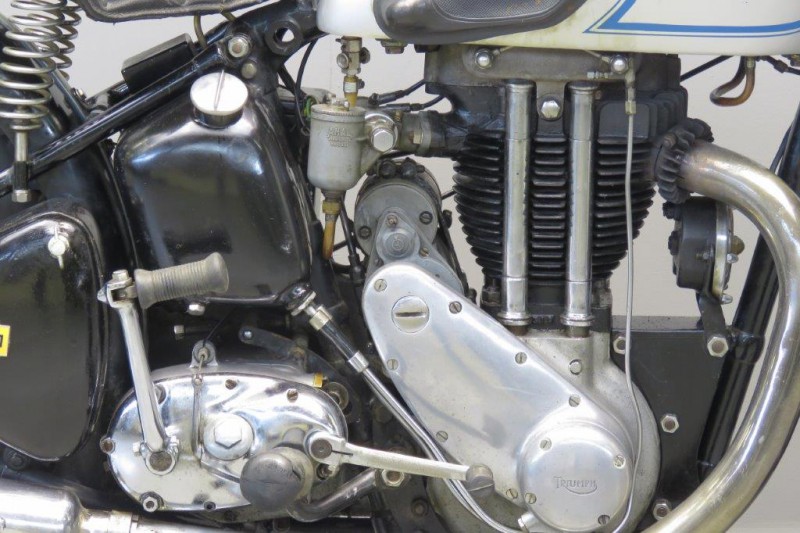 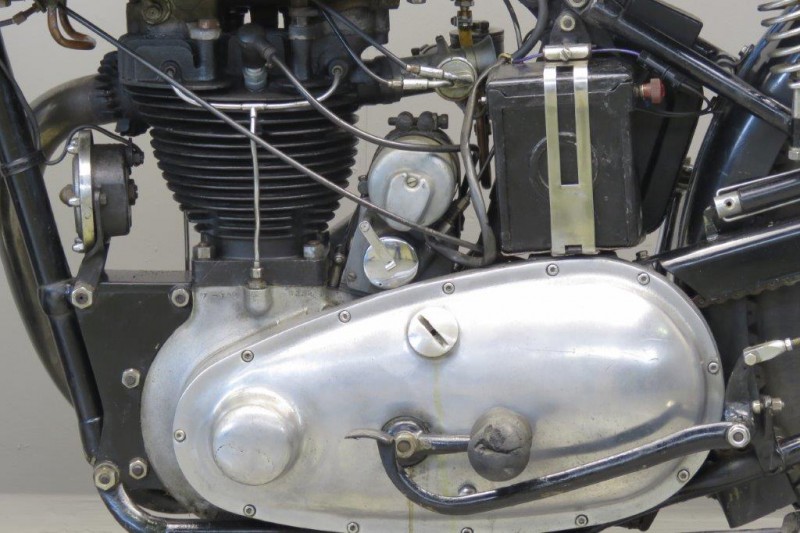 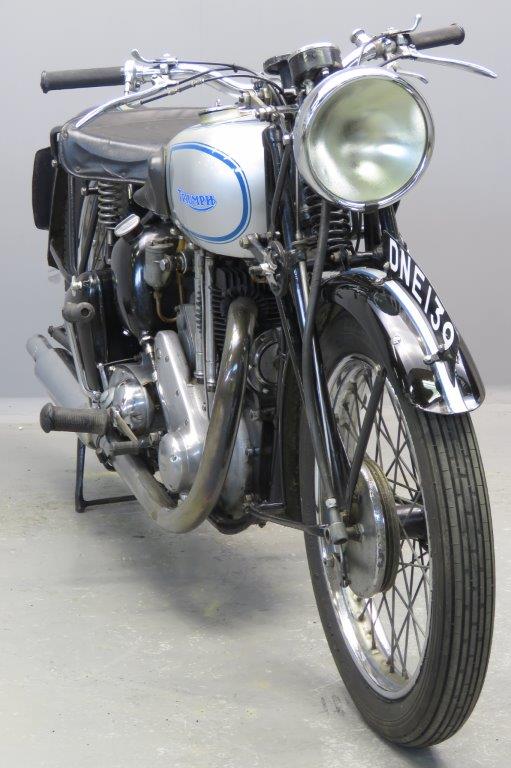 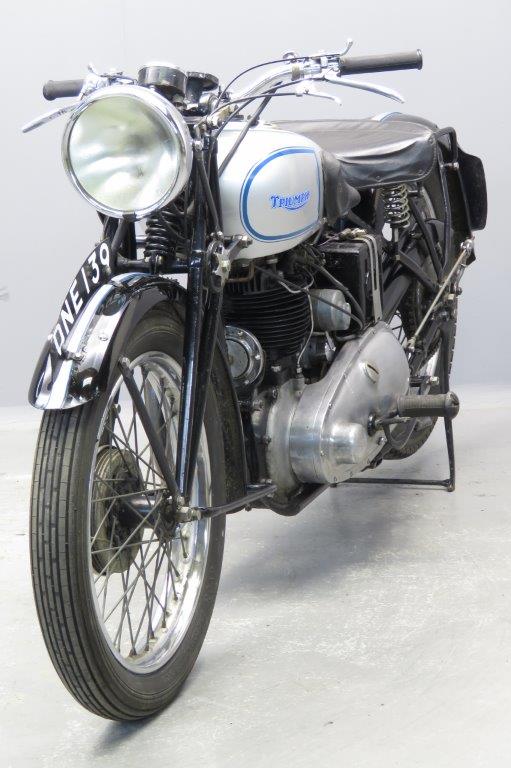 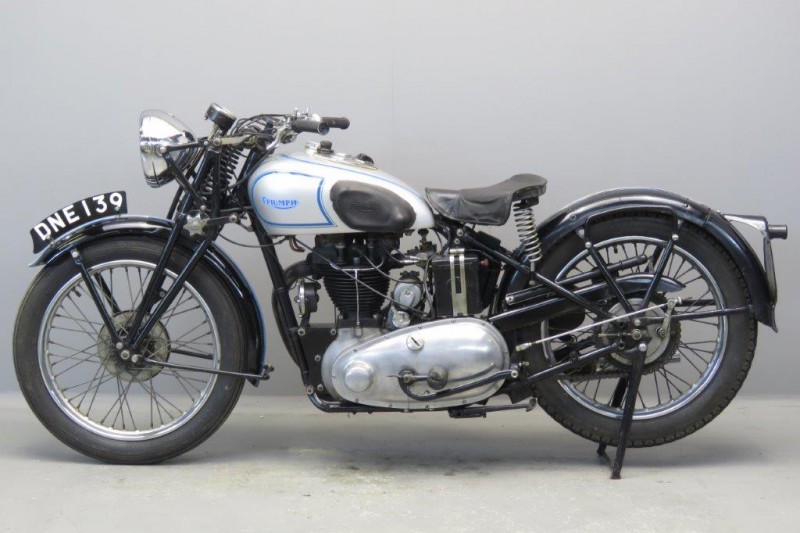 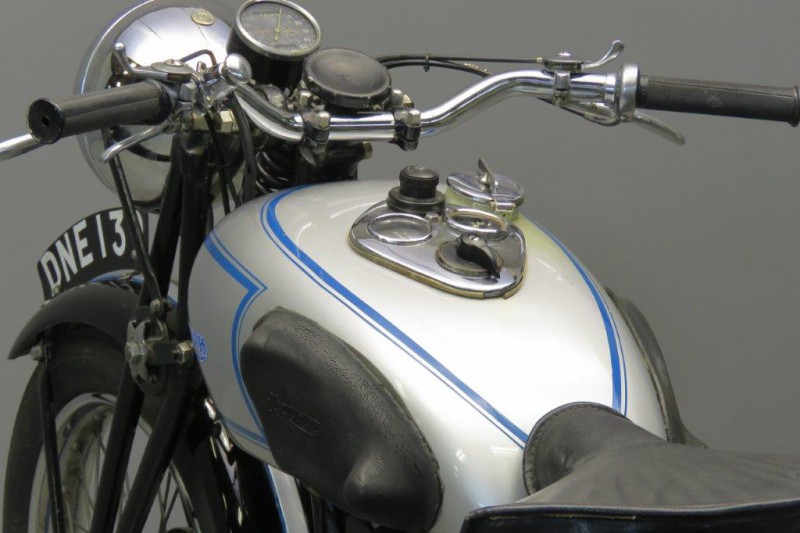 Designer Val Page came to Triumph from Ariel in 1932. He designed an excellent range of motorcycles, of which the 250 cc model was the lightest.
Many parts of this model were interchangeable with those of the 350 and 500 cc models; Page was a sincere believer in rationalization in the production process of motorcycles.
The new range was introduced for the 1934 season and proved to be technically excellent machines, although expensive to produce. In 1936 the Triumph Cycle Co.  that had been struggling for a number of years, was taken over by Jack Sangster and renamed  Triumph Engineering Co.Ltd.
Edward Turner became the new Works Manager and he immediately started to rationalize things: he reduced the range of machines, but kept the excellent bottom end designs of the Page designed singles.

The “Tiger” range was introduced in September 1936 for the 1937 model year.
There were three models: the 250 cc T 70, the 350 cc T80 and the 500 cc T 90.
Apart from the bottom ends, everything was new.
There was a new, compact gearbox and a new, enclosed valve mechanism.
The brakes were improved and the oil pump was given  a larger capacity.
The machines had compact frames and silver and blue enameled  tanks with chrome panels.

The “Tiger 90” has a 3 ¼  gallon   petrol tank  with  rubber mounted illuminated instrument panel with  oil gauge, ammeter, switch and dash lamp.
Attention to styling was always a strong point with Turner:  the Tigers looked good and they were good and this new range of machines helped Triumph back to the top.

While its smaller siblings survived until the outbreak of war in 1939, the 500cc Tiger 90 was not produced after 1938, having effectively been superseded by the faster – and cheaper – Speed Twin. Today, Turner’s Tigers are widely recognized as the most stylish sports roadsters of the period and thus are highly sought after.
This handsome “Tiger 90” develops  more than 20 HP  and has been restored some time ago.