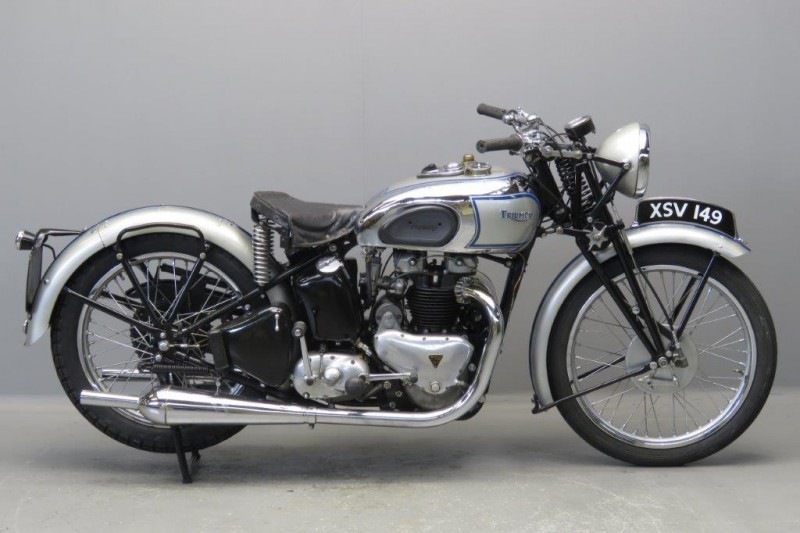 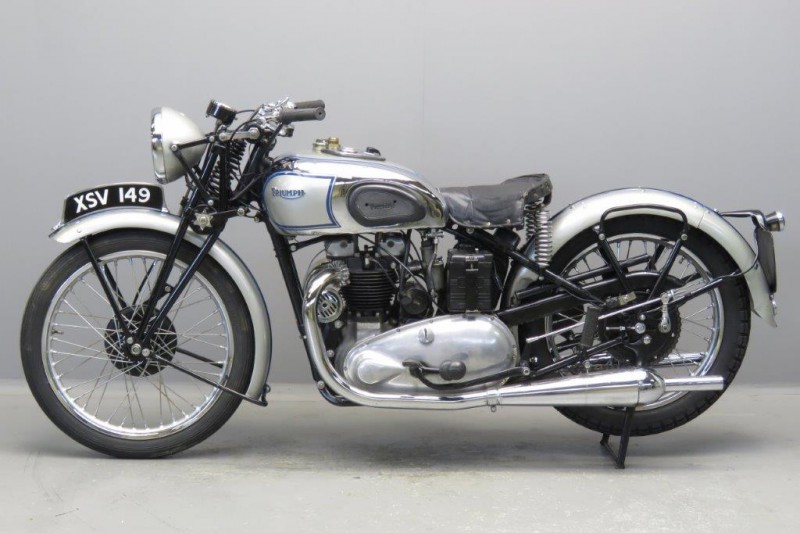 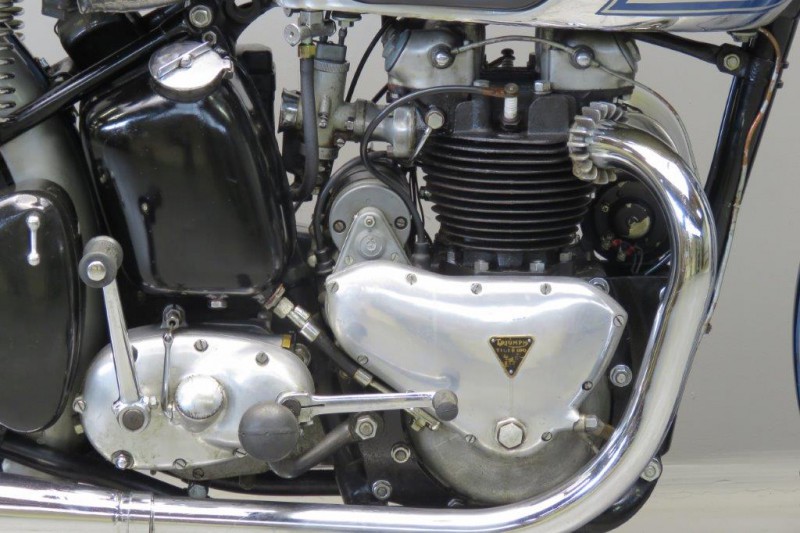 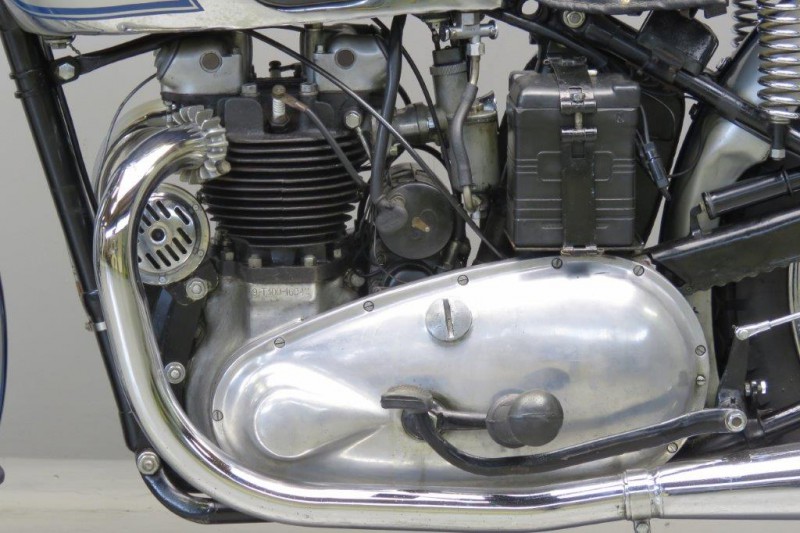 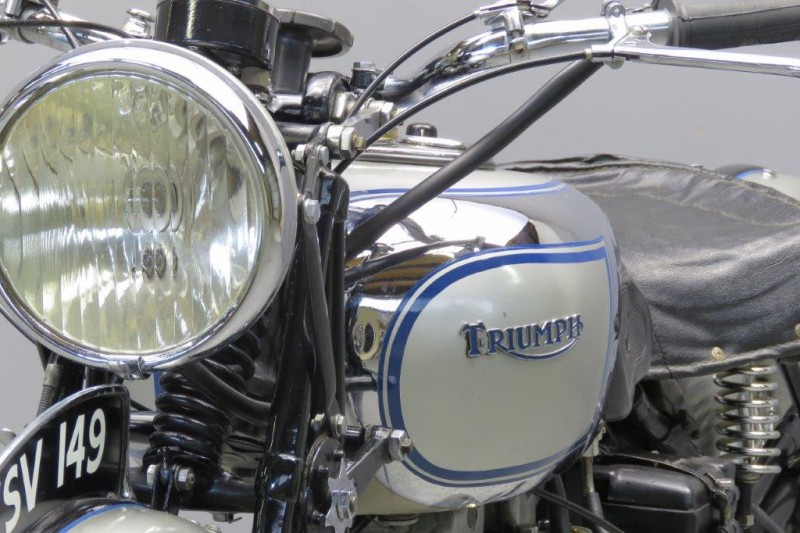 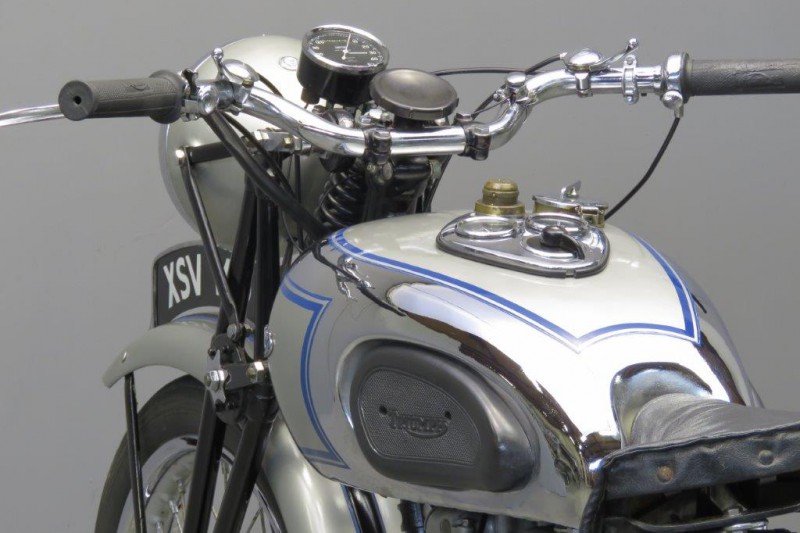 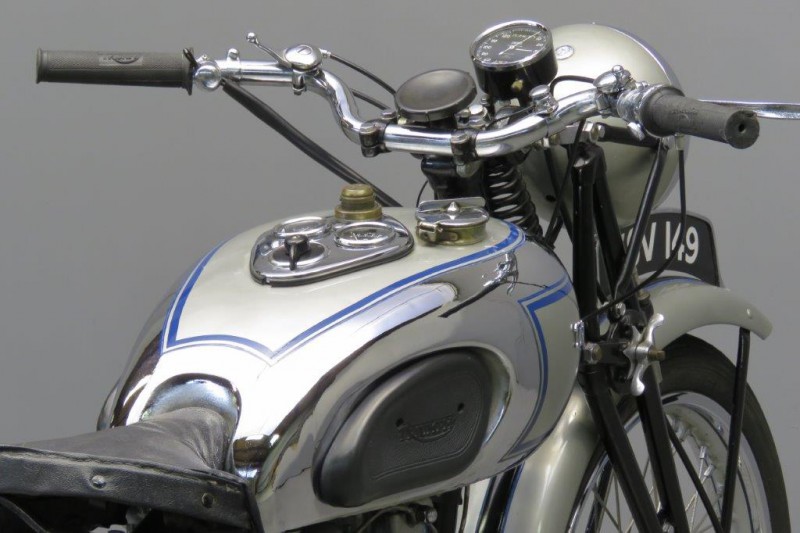 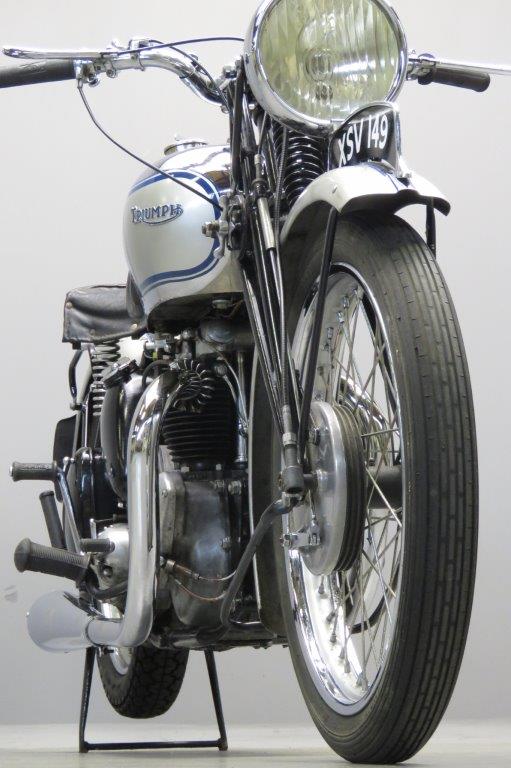 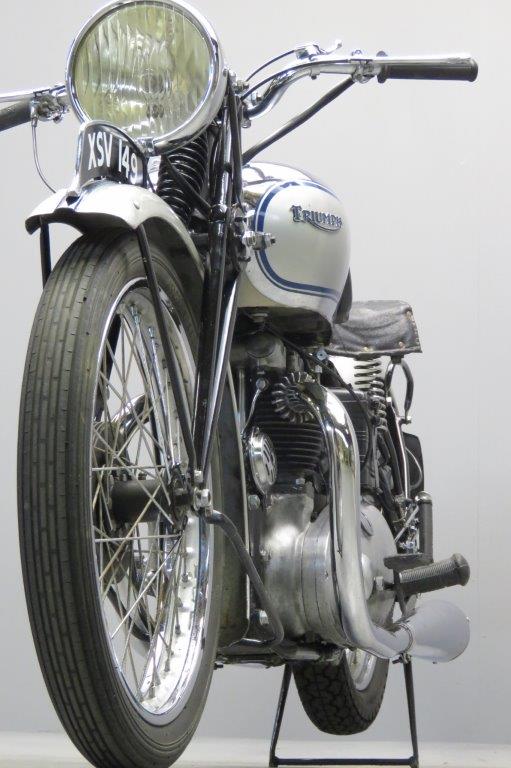 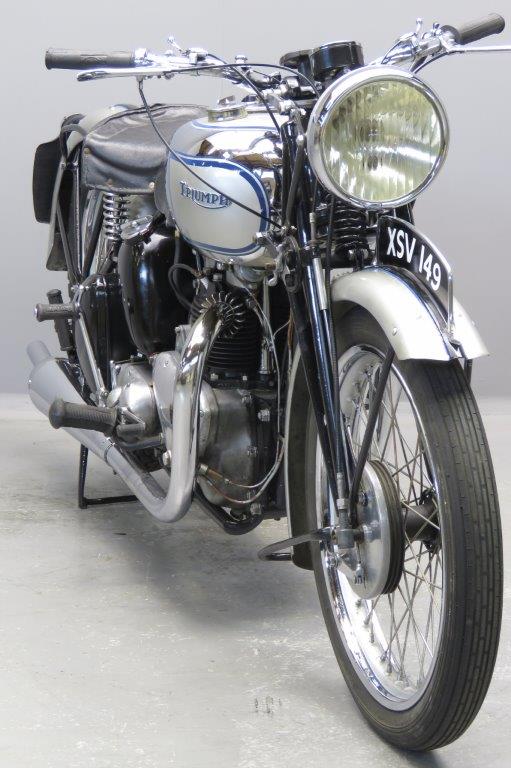 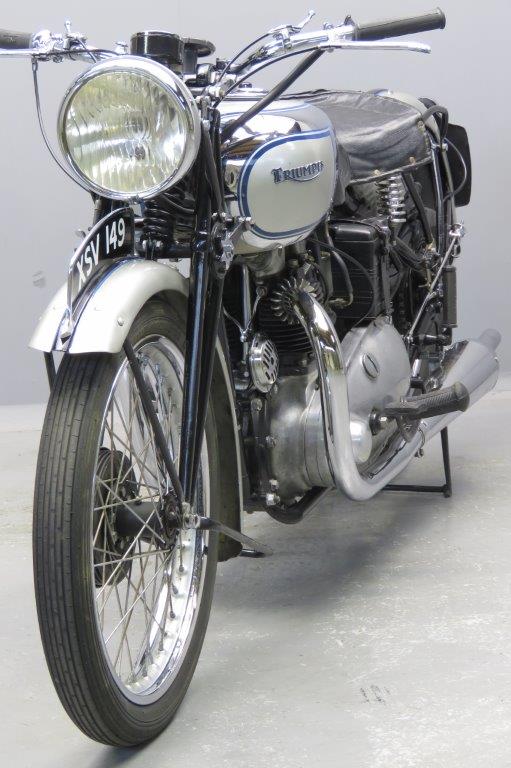 In 1936 the Triumph Cycle Co.  that had been struggling for a number of years, was taken over by Jack Sangster and renamed  Triumph Engineering Co.Ltd.
Edward Turner became the new Works Manager and he immediately started to rationalize things: he reduced the range of machines, but kept the excellent bottom end designs of the Page designed singles.
The “Tiger” range was introduced in September 1936 for the 1937 model year. There were three models: the 250 cc T 70, the 350 cc T80 and the 500 cc T 90. Apart from the bottom ends, everything was new. There was a new, compact gearbox and a new, enclosed valve mechanism. The brakes were improved and the oil pump was given  a larger capacity.
The machines had compact frames and silver and blue enameled  tanks with chrome panels.
Attention to styling was always a strong point with Turner:  the Tigers looked good and they were good and this new range of machines helped Triumph back to the top.
In September 1937  the range was  expanded by a revolutionary new design, the “Speed Twin”.
The press was elated: the machine was relatively light, handled and steered excellently, was very powerful and not overpriced.
And it was  good looking too, in its dark red “Amaranth” color setting: the “Speed Twin “ would become the first of many successful Triumph twin models.
But there was still better news on its way: for 1939 a super-tuned brother of the  Speed Twin was introduced, to replace the 500 cc single T 90.
The machine looked fine in its “Silver Sheen” livery and its performance was outstanding: 34 HP @ 7,000 rpm  with a compression ratio of 7.75:1 and a top speed of more than  100 mph. This iconic prewar Triumph has been restored a number of years ago and is a good runner.