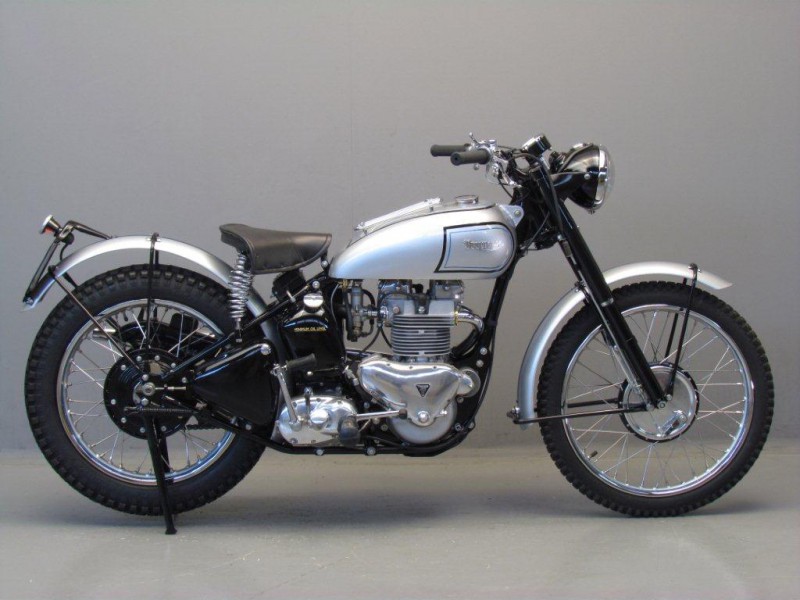 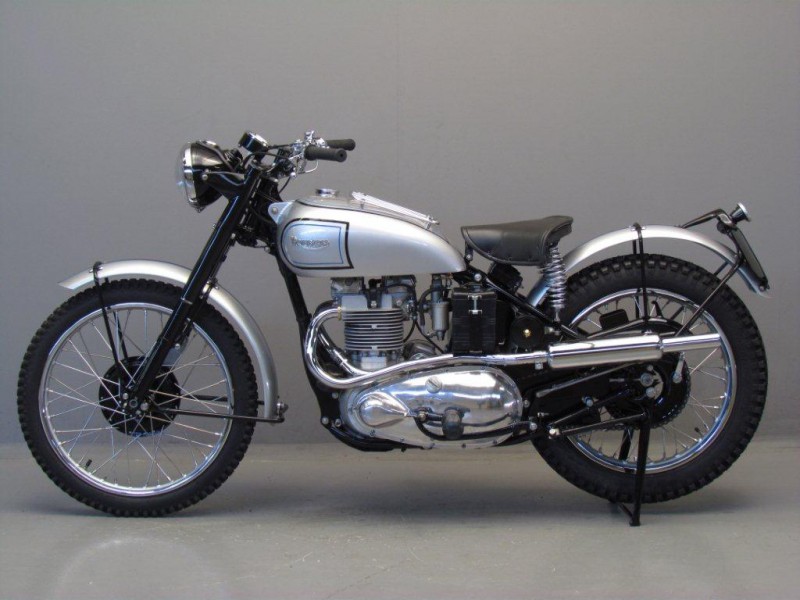 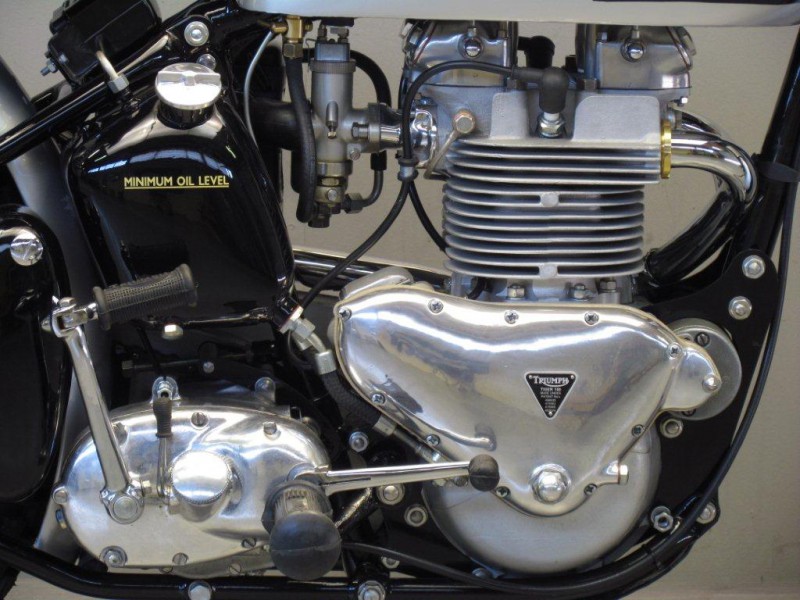 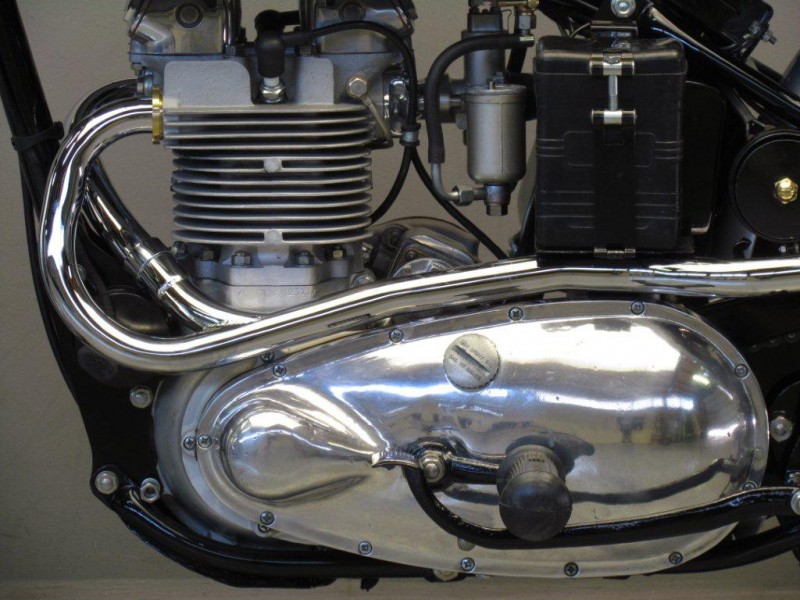 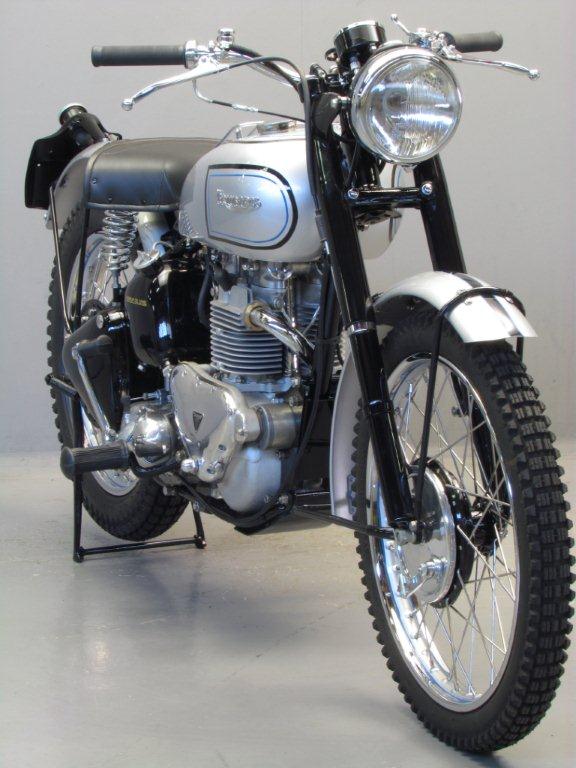 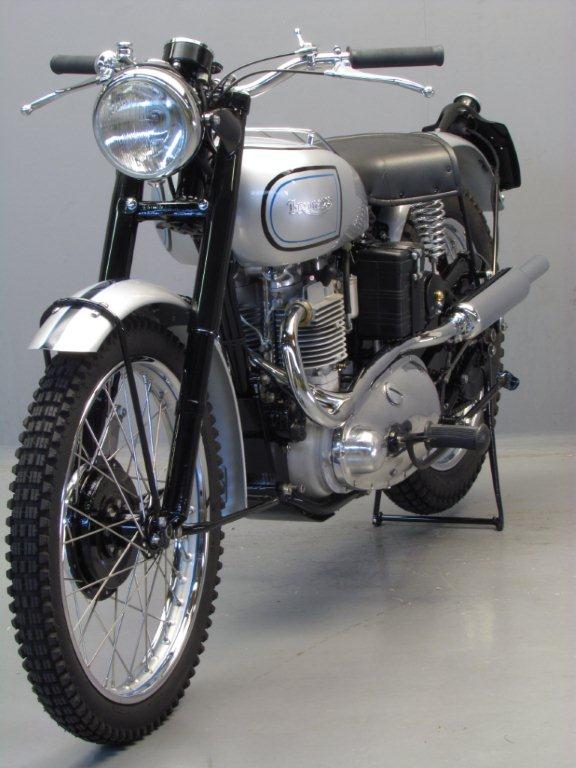 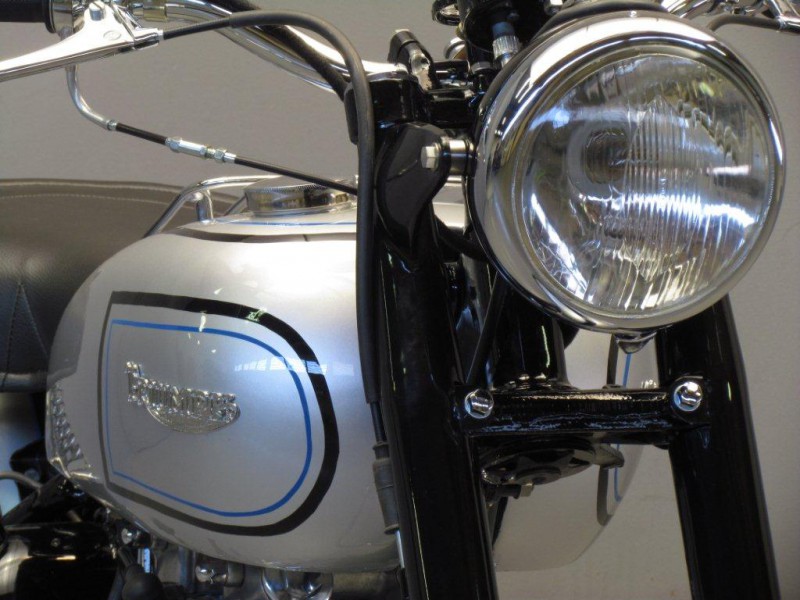 Based on the Speed Twin, the TR5 Trophy was a trials machine designed for off road use with a high level two into one exhaust and good handling on public roads, easy starting and excellent braking.
International Six Days Trial successes in the late 1940s prompted Triumph to adopt the ‘Trophy’ name for their off-road-styled twins, at first for the 500cc TR5 .
The TR5 was made by Triumph from 1949 to 1958. The name ‘Trophy’ came from the three ‘specials’ that Triumph built for the Italian International Six Days trails in 1948, which went on to win three gold medals and the manufacturers team trophy.
Featuring prominently in the AMC "Class C" racing until 1969, the American export models included components from the Tiger 100 to create a motorcycle for desert competition.
The 25HP engine was developed and used as aircraft generators during World War II.
For 1949 and 1950 in the interests of better cooling & reduced weight, the barrel & cylinder head were of aluminium, square in shape and the same as used in the war time generator set.
Inspired by Marlon Brando’s 6T Triumph Thunderbird in “The wild one” James Dean bought a Triumph TR5 Trophy.
Phil Stern’s series of iconic photographs of Dean show him on that bike.
The bike is still  displayed at the James Dean Museum in Fairmont Indiana.
The Fonz, a character played by Henry Winkler in the popular and long running American sit-com “Happy Days”, rode a 1949 Trophy TR5 Scrambler Custom.
Recently this 1949 model was the subject of a total restoration and is equipped with the optional rear sprung-hub.
Casting one’s eye over this example, it’s hard not to agree with those who say this is one of the handsomest motorcycles ever built.