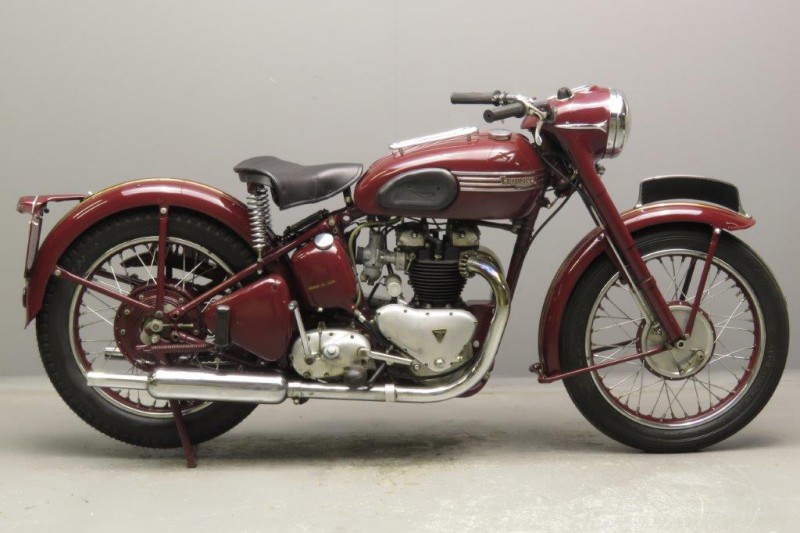 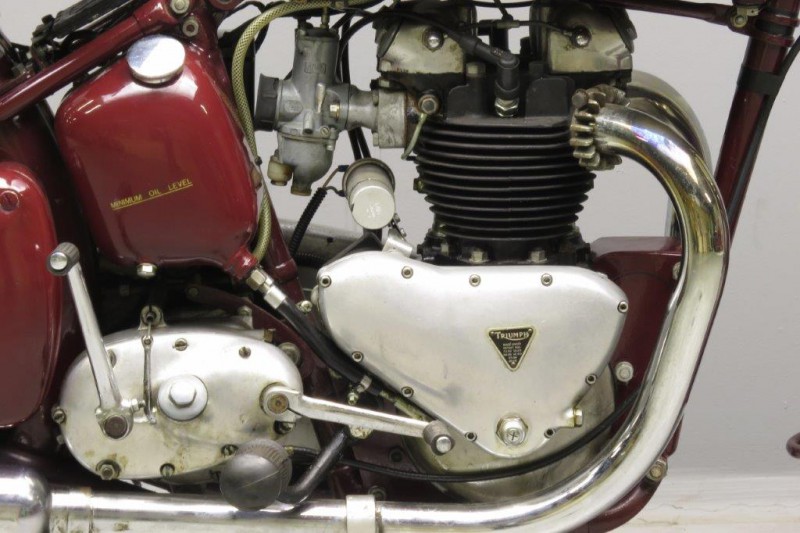 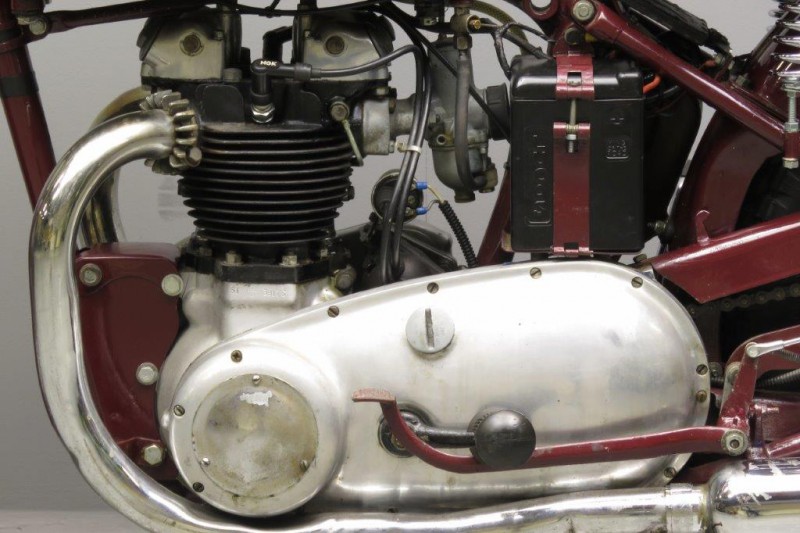 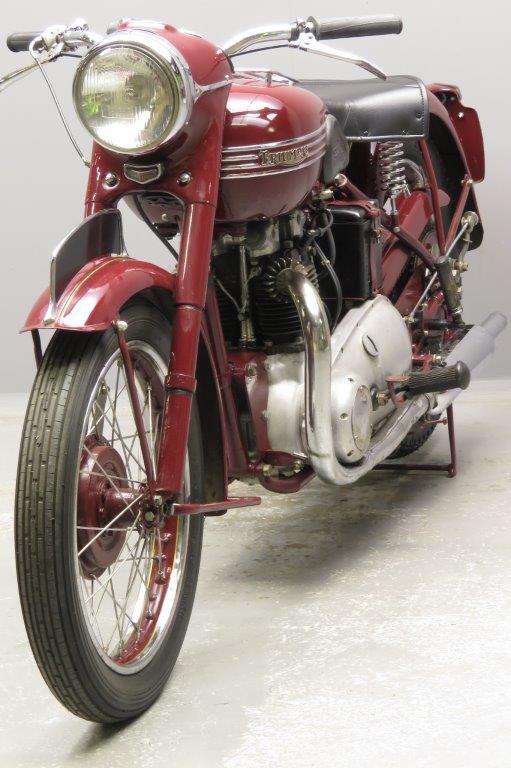 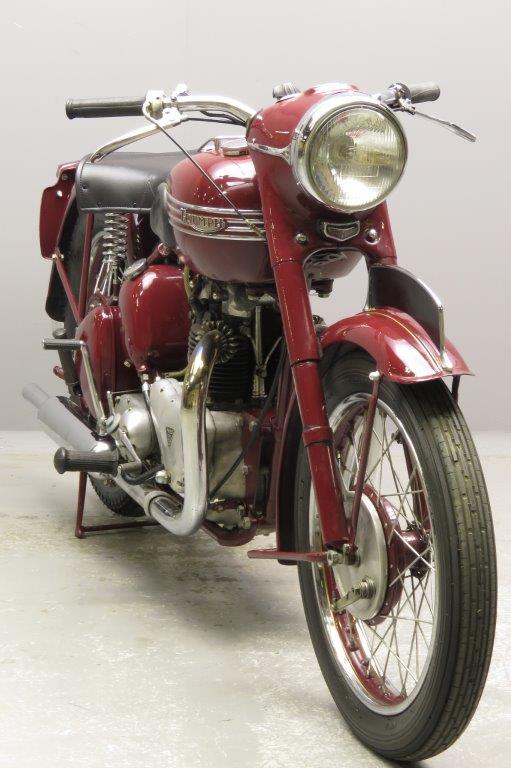 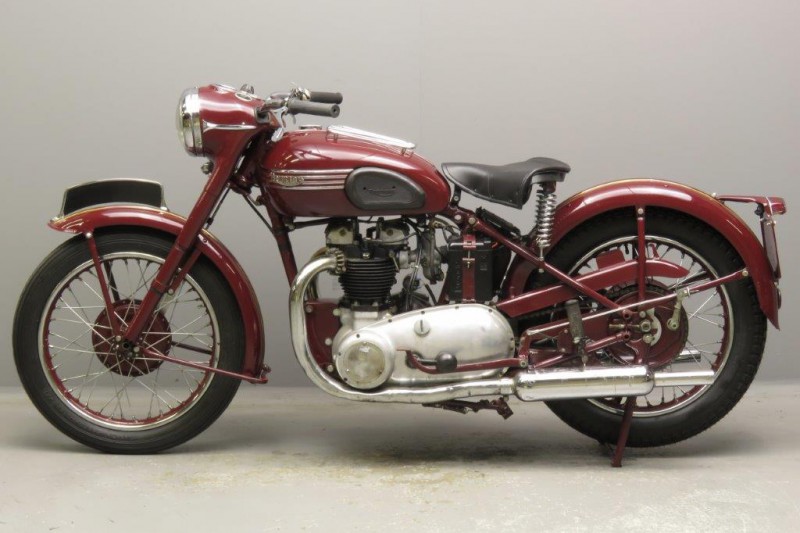 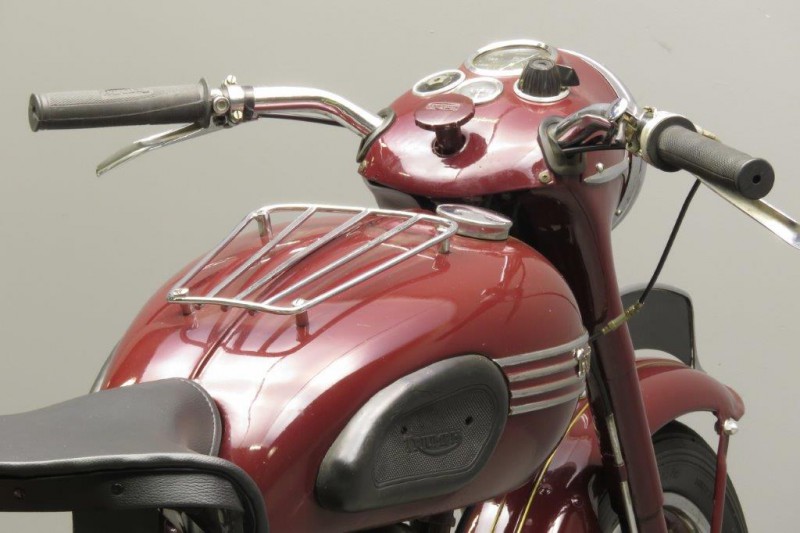 In 1936 the Triumph Cycle Co. that had been struggling for a number of years, was taken over by Jack Sangster and renamed Triumph Engineering Co.Ltd.
Edward Turner became the new Works Manager and he immediately started to rationalize things: he reduced the range of machines, but kept the excellent bottom end designs of the Page designed singles.
The “Tiger” range was introduced in September 1936 for the 1937 model year.
There were three models: the 250 cc T 70, the 350 cc T80 and the 500 cc T 90.
Apart from the bottom ends, everything was new.
There was a new, compact gearbox and a new, enclosed valve mechanism.
The brakes were improved and the oil pump was given a larger capacity.
The machines had compact frames and silver and blue enameled tanks with chrome panels.
Attention to styling was always a strong point with Turner: the Tigers looked good and they were good and this new range of machines helped Triumph back to the top.
In September 1937 the range was expanded by a revolutionary new design, the “Speed Twin”.
The press is elated: the machine is relatively light, handles and steers excellently, is very powerful and not overpriced.
And it’s good looking too, in its dark red “Amaranth” color setting: the “Speed Twin “ will become the first of many successful Triumph twin models.
After the war the model is further developed: it gets telescopic front forks with hydraulic damping and an important new feature for model year 1953 is the new AC lighting and ignition unit.
The separate gear driven magneto and dynamo are replaced by a single alternator mounted on the crankshaft.
As the brochure puts it: “This new system offers simplicity with remarkable efficiency.”
The 1953 engine delivers 27 HP @6300rpm at a compression ratio of 7:1.
Top speed is about 150 kph and the machine weighs 165,5 kg.
This elegant and sporty machine has been restored some time ago.