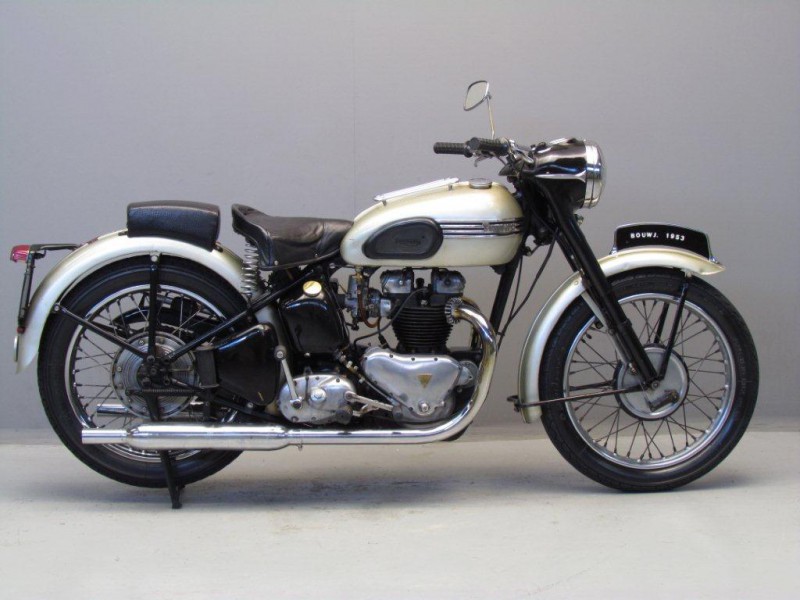 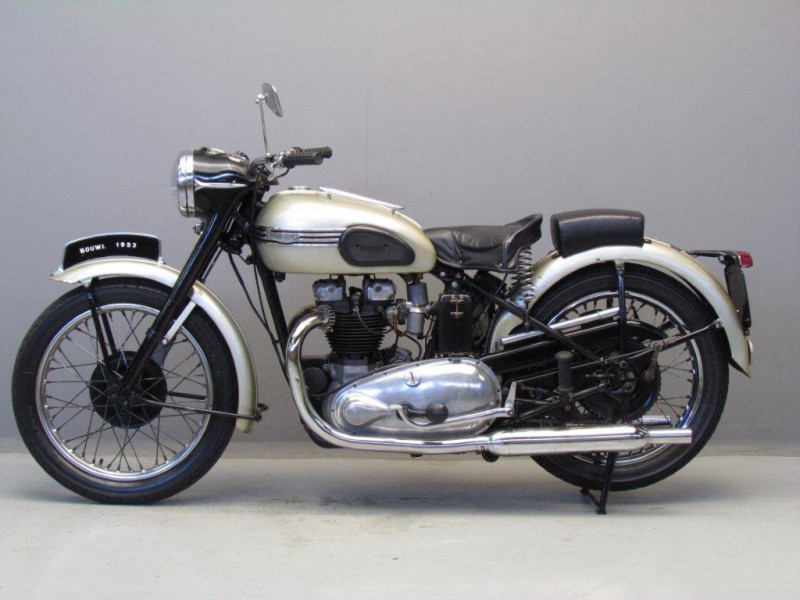 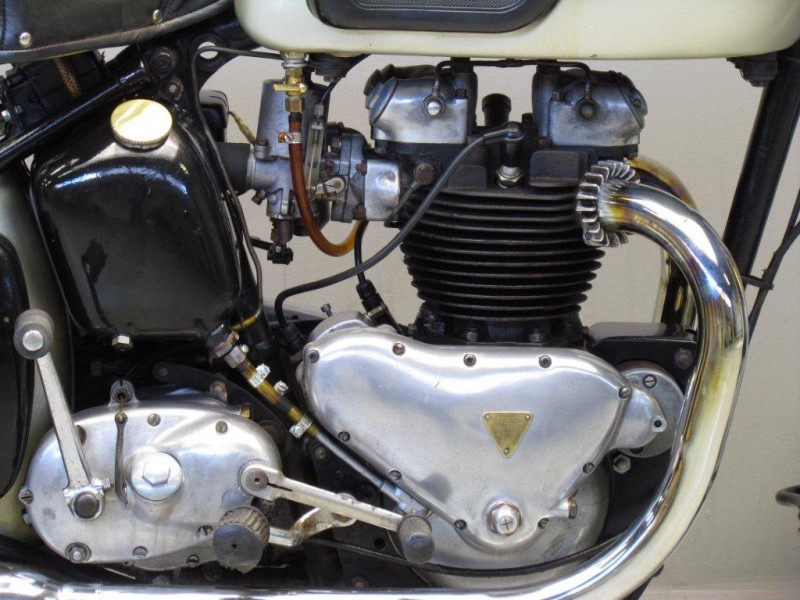 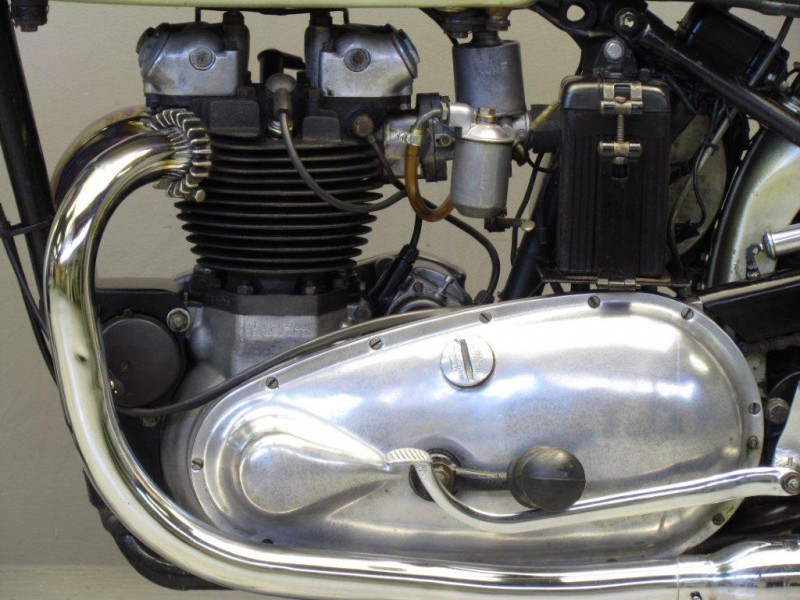 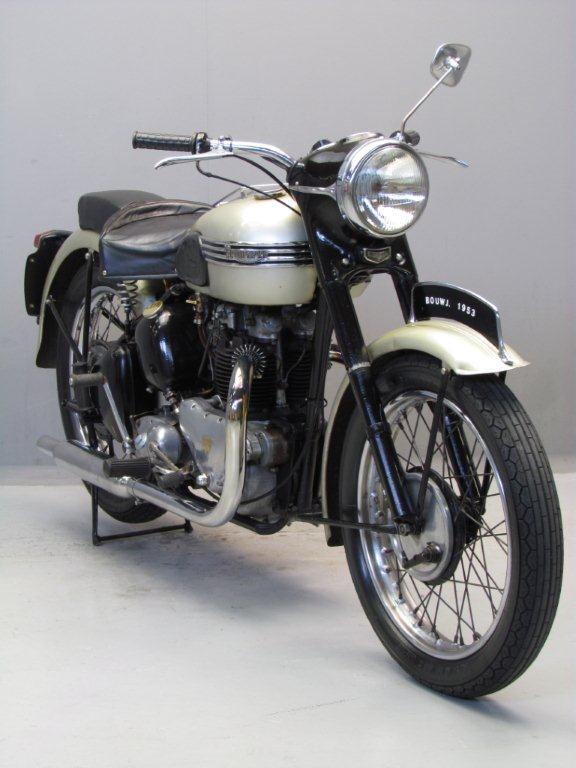 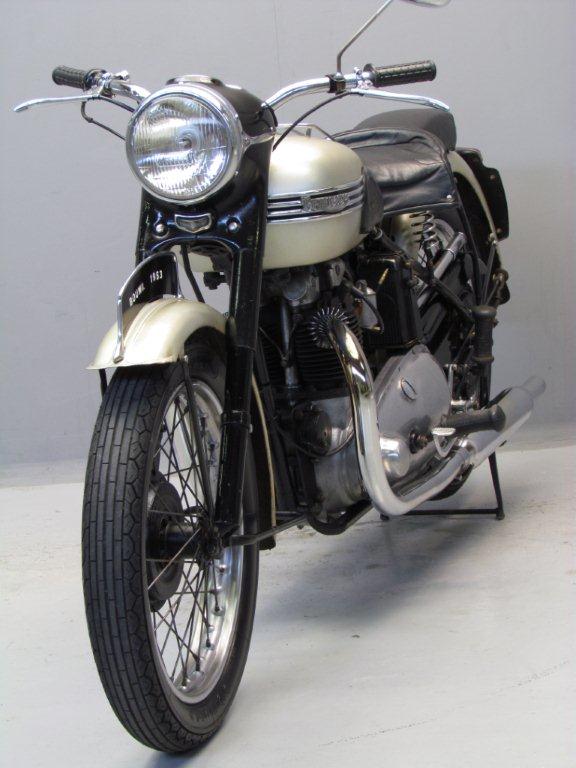 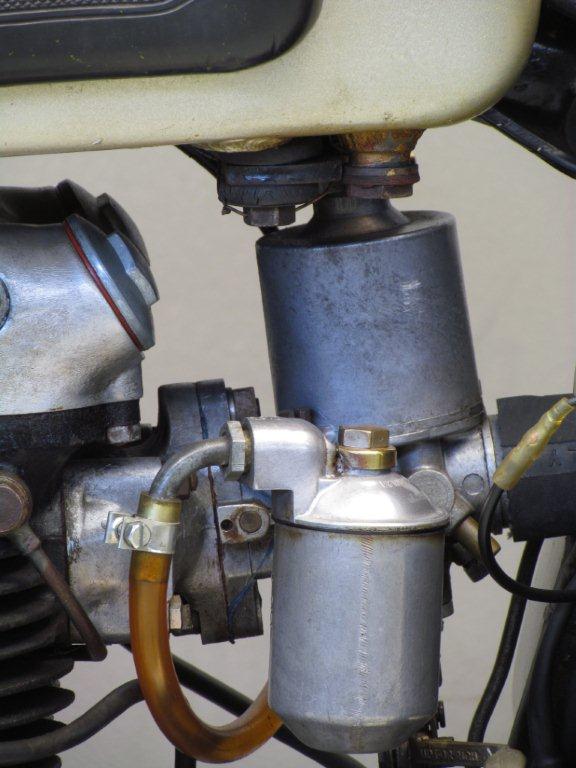 Always a step ahead of their rivals, Triumph followed up the trend-setting Speed Twin 500 of pre-war days by being first in the field with a 650cc parallel twin.
Announced in September 1949, the 650 Thunderbird was Triumph’s response to demands for more power emanating from American racers and British sidecarists alike.
A spectacular launch stunt saw three Thunderbirds lap the banked Montlhéry circuit in France at over 90mph for 500 miles, after which they each achieved a flying lap of 100mph-plus and were ridden back to the Meriden factory, a quite outstanding achievement.
One of the most significant subsequent developments was the introduction of a swinging-arm frame for 1955 but prior to that time Triumph twins could be ordered with the here offered, optional ‘sprung hub’, which offered a limited amount of rear suspension movement.
This example is fitted with aforementioned sprung hub and is very complete and original. It will benefit from a new paint job as it suffered from a rather poor repaint in the past.
This very well running example of the sprung hub Thunderbird is otherwise ready to turn its head to the horizon…