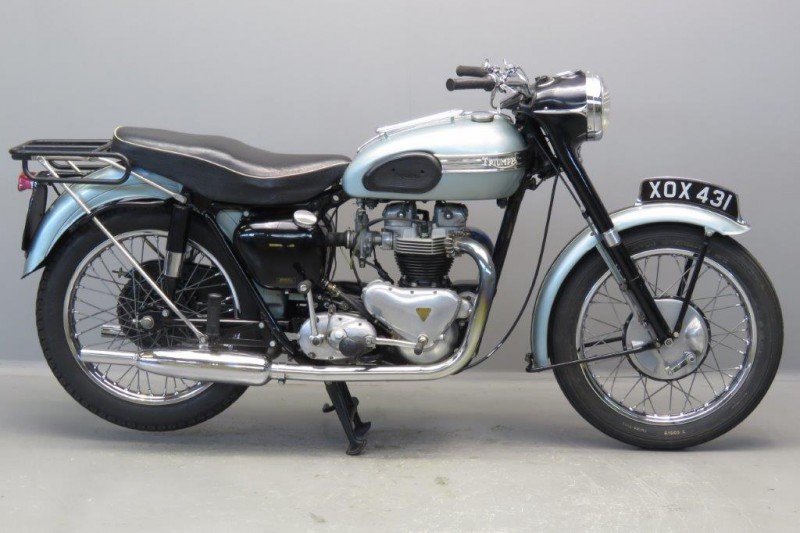 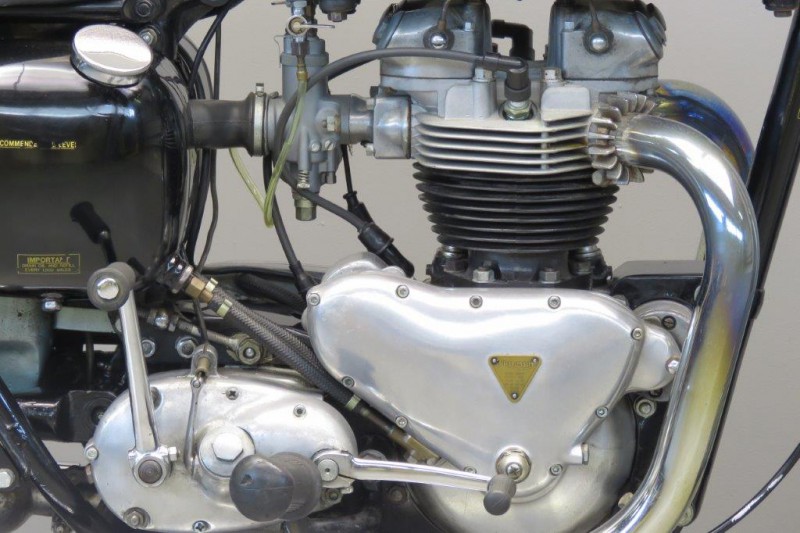 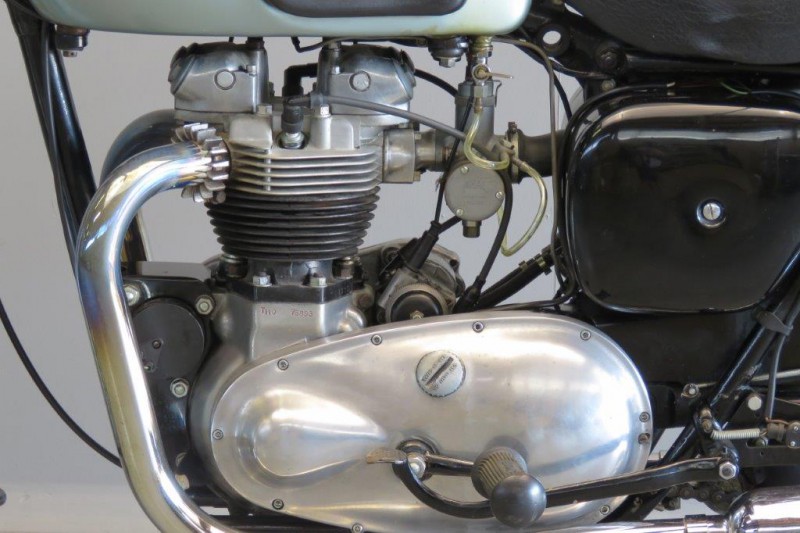 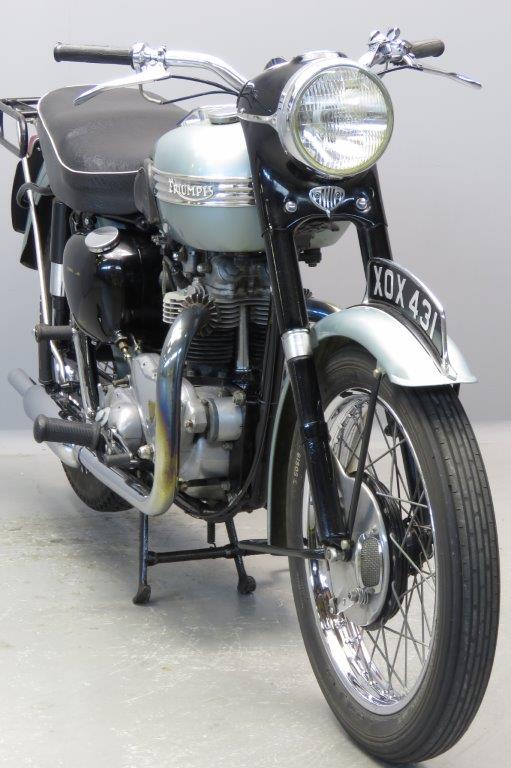 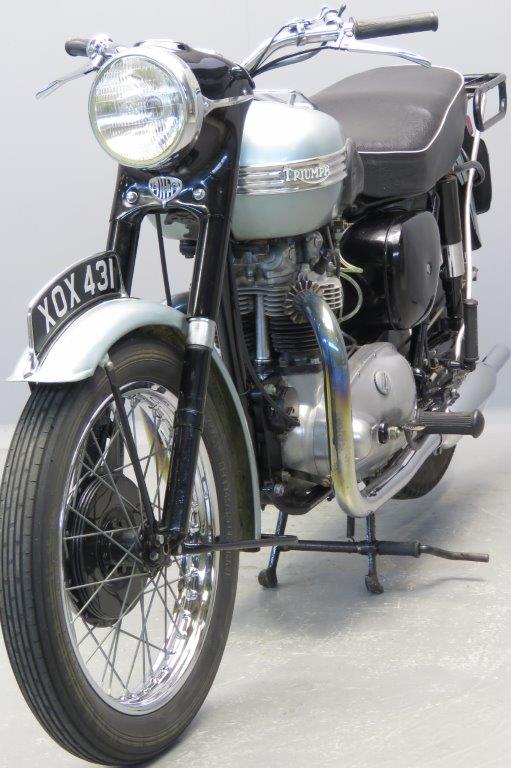 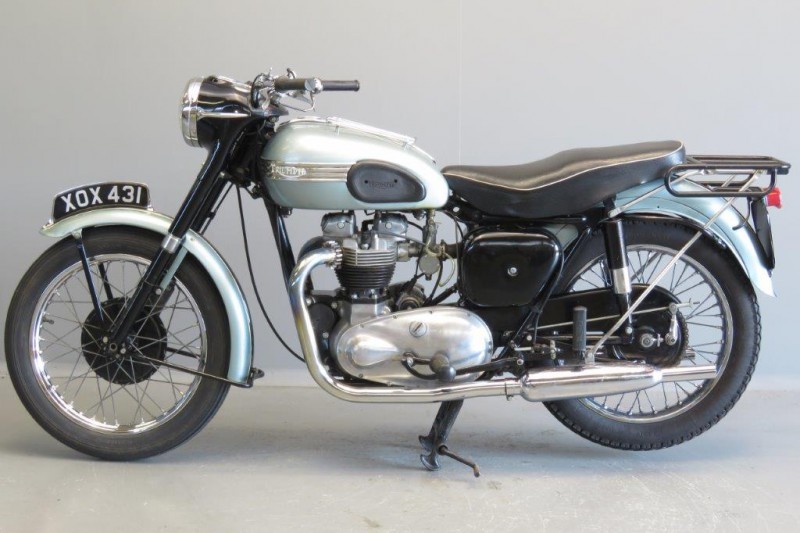 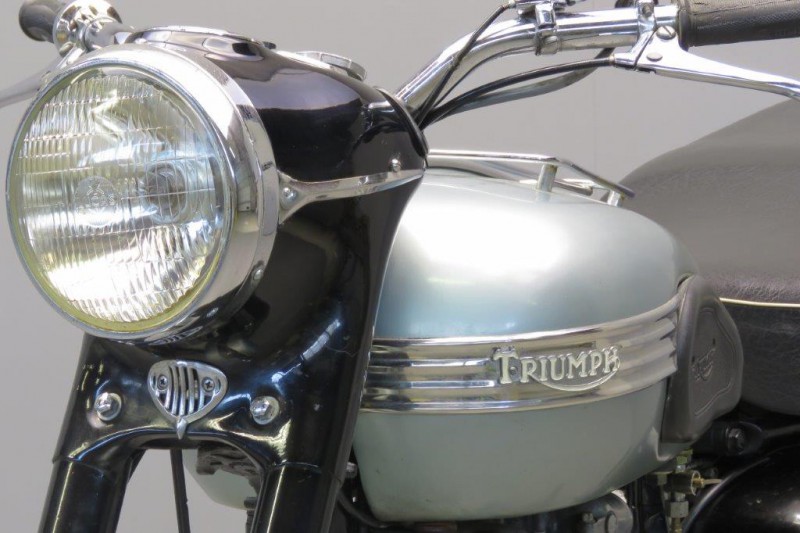 Every Triumph enthusiast knows that the Bonneville owes its name to record-breaking successes on the eponymous salt flats, but how many are aware that the machine which set a new 650cc production machine record of over 147mph in 1958 was a Tiger 110 equipped with twin carburettors? A development of the Thunderbird tourer, the T110 prototype performed brilliantly in the 1953 ISDT, thus providing the production version – launched later that year – with invaluable publicity.
he first Triumph motorcycle with swinging-arm rear suspension, the T110 came with a revised engine incorporating a stronger crankshaft, high-compression pistons, larger inlet valves and ‘hotter’ cams. The T110 remained in production into 1961, one of the most important developments along the way being the introduction on this model for 1956 of the aluminium-alloy ‘Delta’ high-compression cylinder head, which increased power and pushed the T110’s top speed towards 120mph.
The Triumph T110 presented here, has been restored a number of years ago and was shortly there after laid up in less ideal conditions, given some light chrome pitting.
Nevertheless, with some polish and elbow grease it can transform into former luster and shiny appearance again.
It is a strong runner and ready for the summer season.