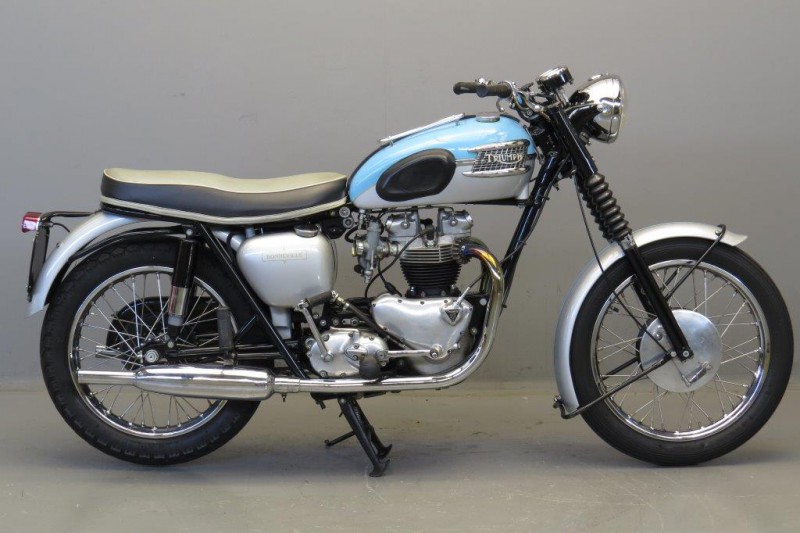 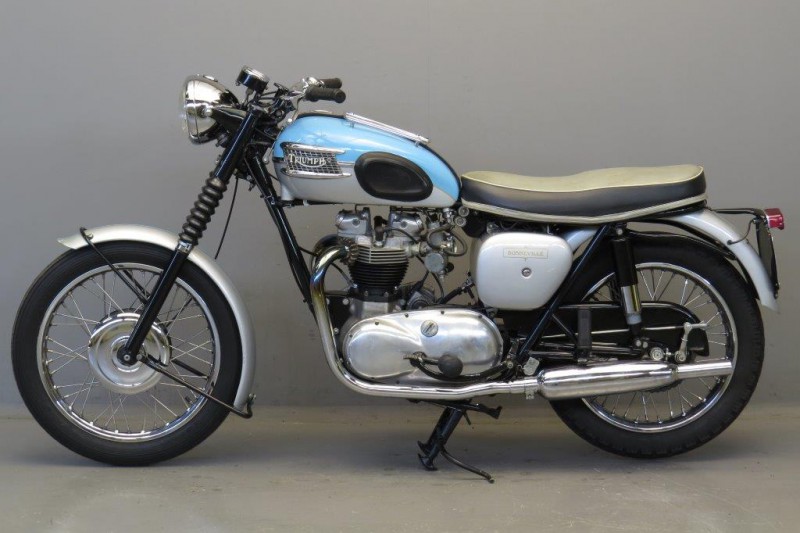 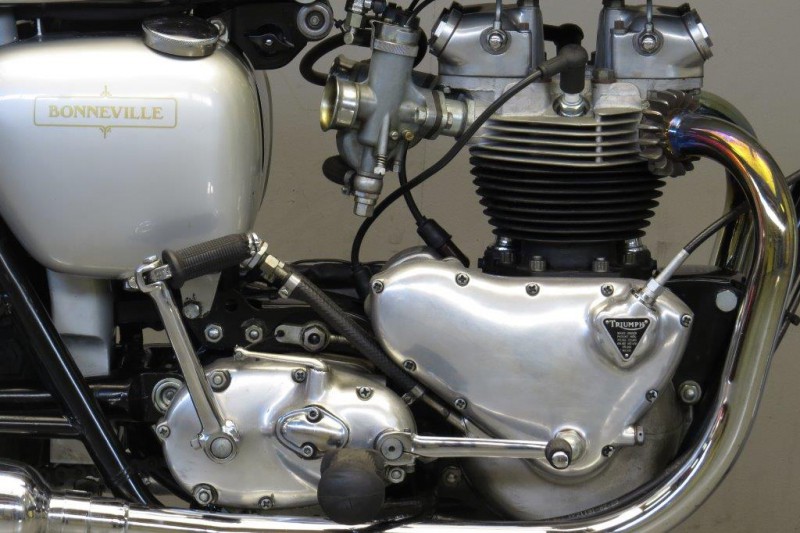 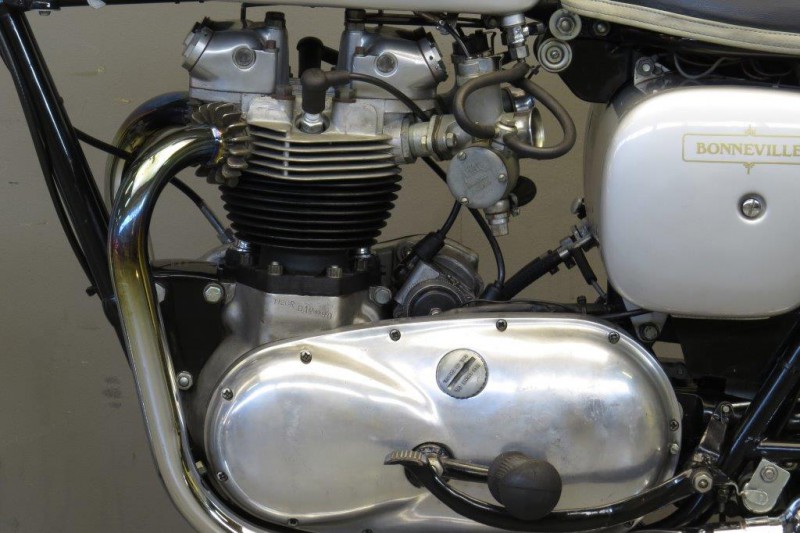 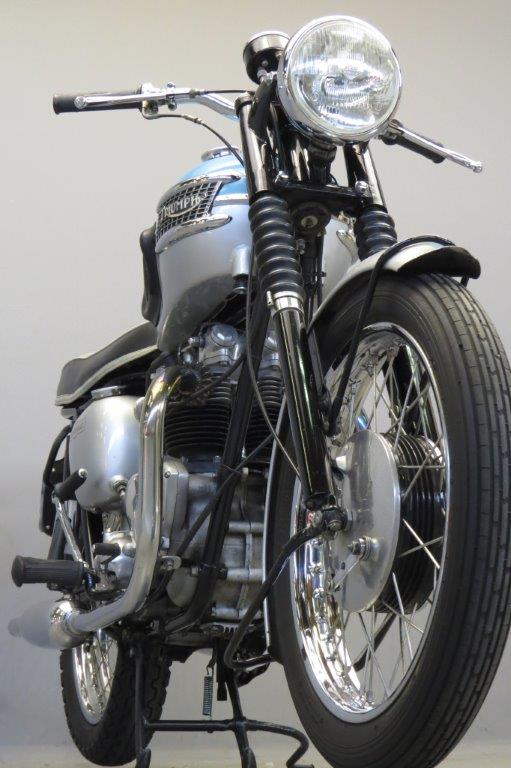 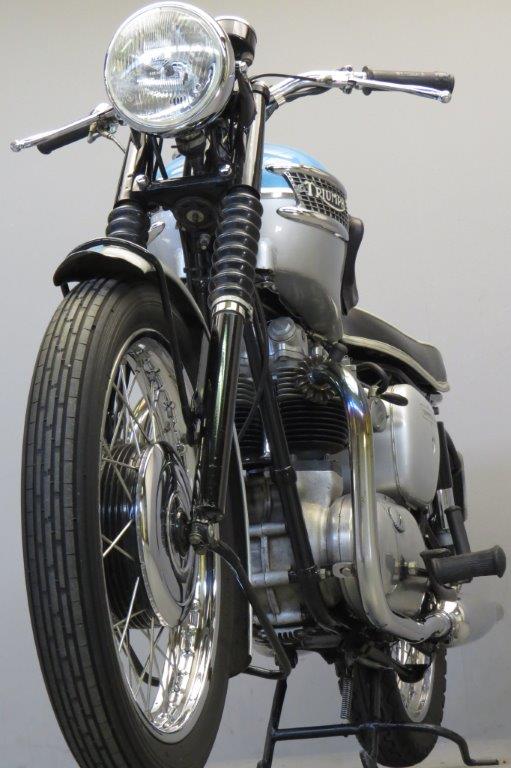 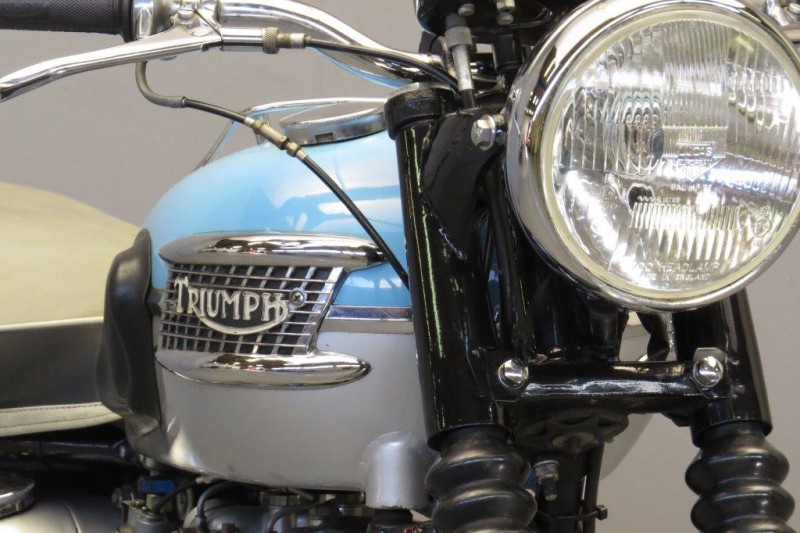 Hurriedly prepared for its debut at the 1958 Earls Court Show (it was too late for inclusion in the 1959 catalogue) Triumph’s Bonneville arrived at a time when young motorcycle enthusiasts wanted style as well as substance and had the money to pay for it.
Finished in striking two-tone Blue and Siver with matching mudguards and black cycle parts, the bike was a real looker, and the name ‘Bonneville’, chosen in honour of Johnny Allen’s record-breaking achievements with his Triumph-powered streamliner at the eponymous Utah salt flats, was an inspired piece of marketing.
Works tester Percy Tait had achieved 128mph on a development bike, and even though this figure proved beyond the reach of the production version, the Bonnie was at least as fast as the opposition and much better looking, which was all that mattered.
This beautifully restored "Bonnie" is running well and is a pleasure to look at.