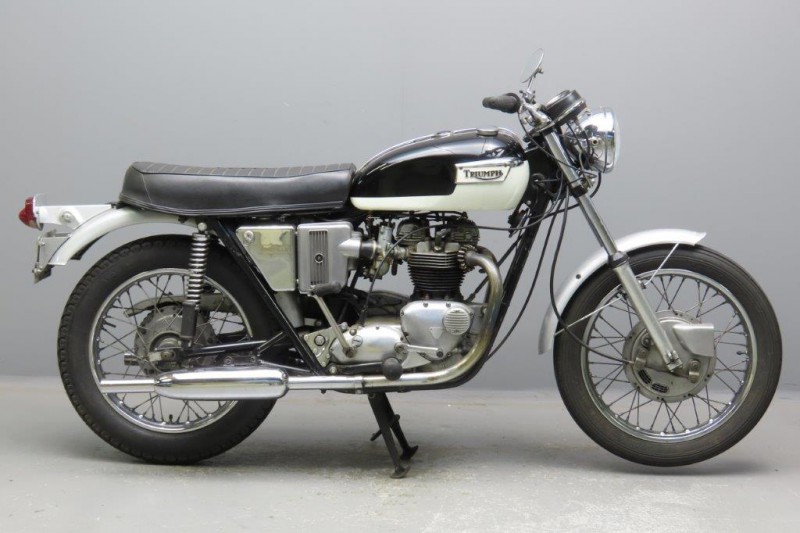 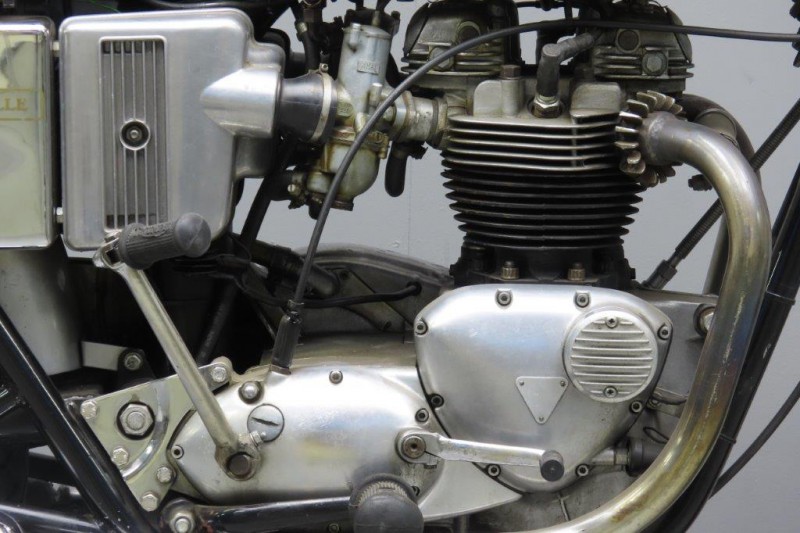 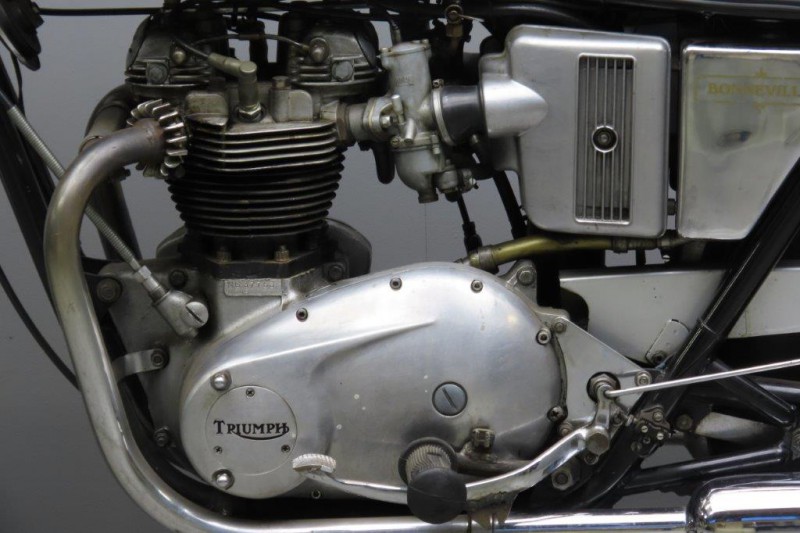 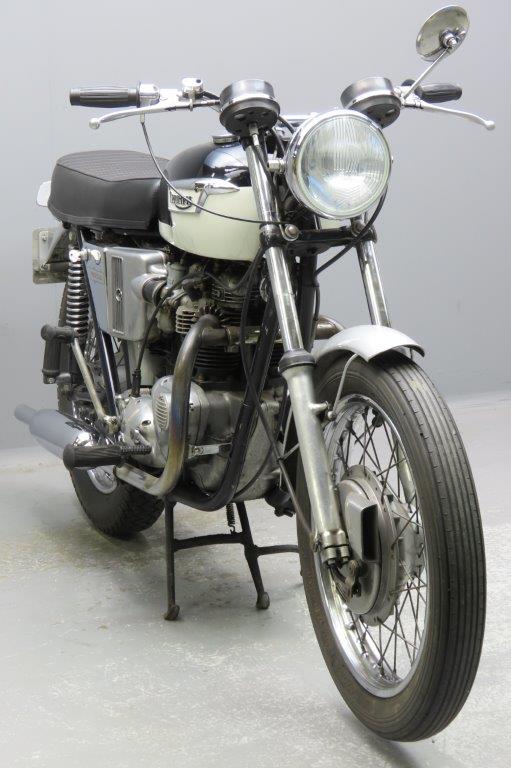 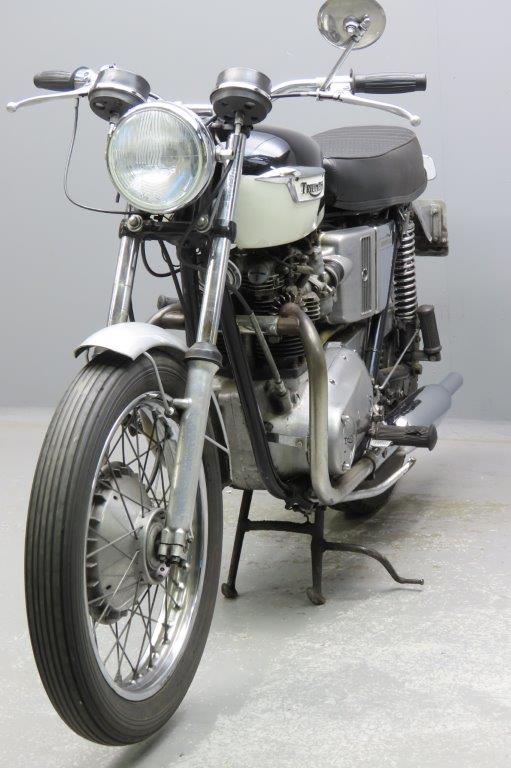 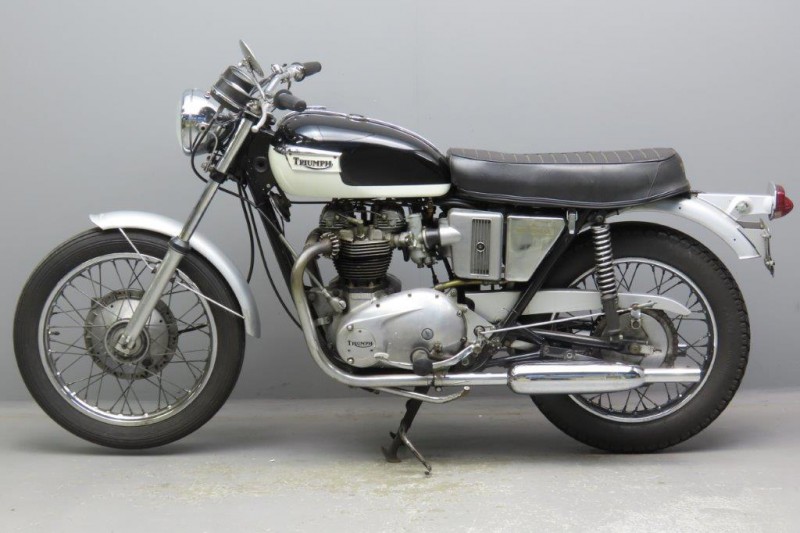 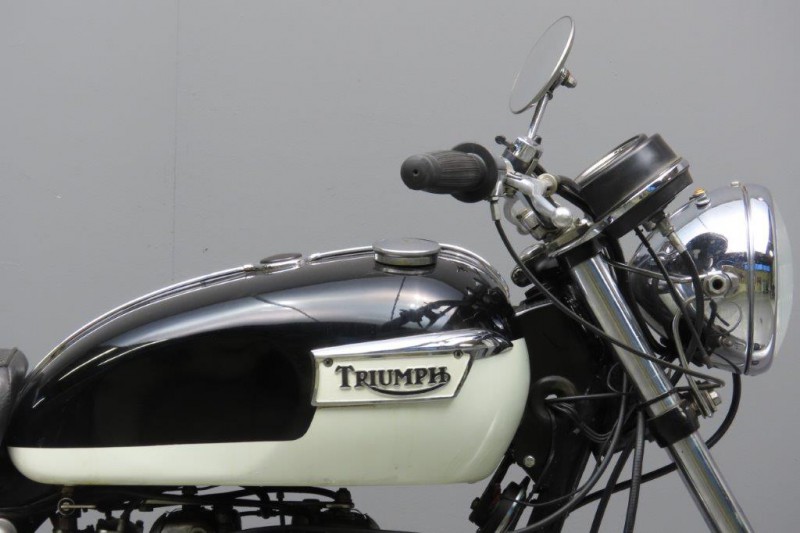 The Bonneville owes its creation to the 1937 Triumph Speed Twin, designed by Edward Turner.
This breakthrough design served as a blueprint for future classic British motorbikes.
Public demand for more power increased every year and in 1949, Turner upgraded the bike to become the 1950 6T Thunderbird.
During the 1950s, Triumph racked up a number of victories on the Bonneville Salt Flats in the US.
For example, in 1955, Johnny Allen rode his Triumph streamliner to 193.30 mph, setting the record for the world’s fastest motorbike.
The next year, he outdid his record and came in at 214.17 mph. Bolstered by this success, Triumph introduced the Bonneville in 1959.
Based on the Triumph Tiger T110 and designated the T120, It was Turner’s last design before he retired.
It had a 649cc parallel-twin engine that gave it the distinction of being the fastest motorbike in the world at the time. However, Triumph miscalculated the US market.
The Bonneville had a clunky headlight and valanced fenders, making it more suited to changeable British weather. America wanted a stripped down bike, so Triumph tweaked the 1960 version to be more appealing.
In 1967, Triumph sold an estimated 28,000 T120s in the US.
The bike was upgraded in 1971 by getting a new frame which contained the engine oil instead of using a separate tank.
By thrn the power output would amount to 50 bhp @ 7,000 rpm. As the 1970s wore on, Triumph faced competition from abroad. With the introduction of Japanese models like the Kawasaki 500, the Bonneville was no longer the fastest bike on the streets. Despite this, the Bonneville became a symbol of the old British motorcycle industry.
This Bonnie has matching frame and engine numbers and comes in well-used condition