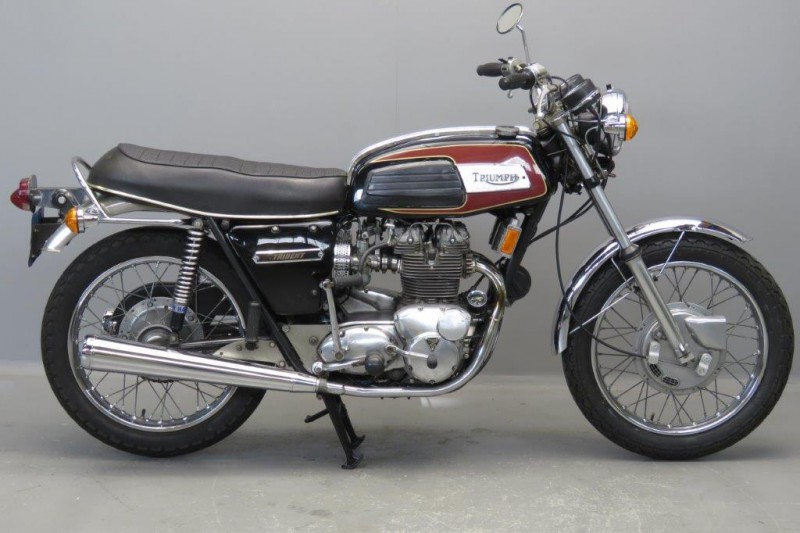 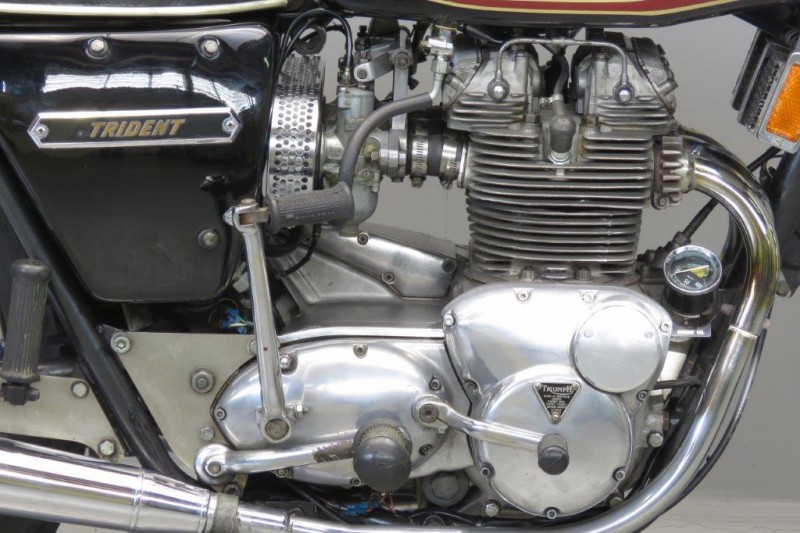 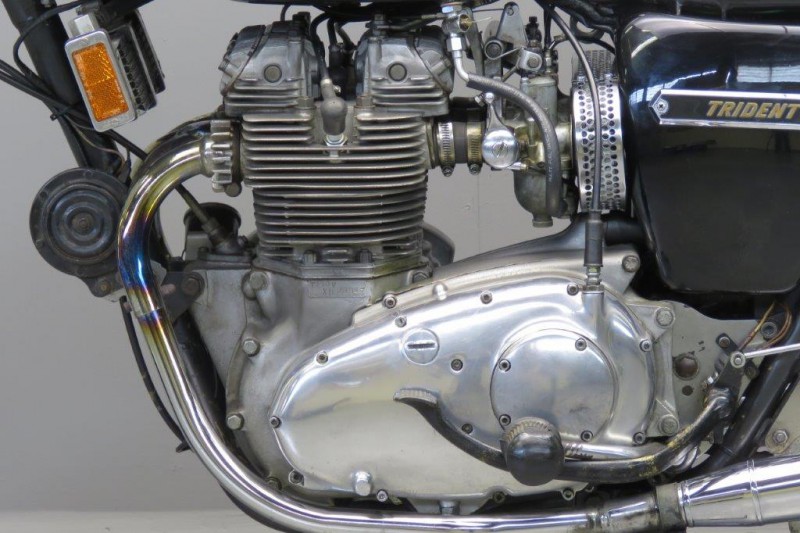 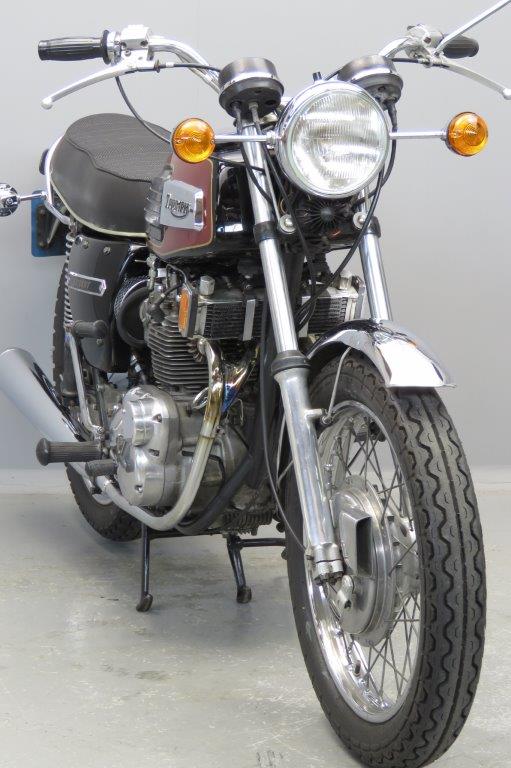 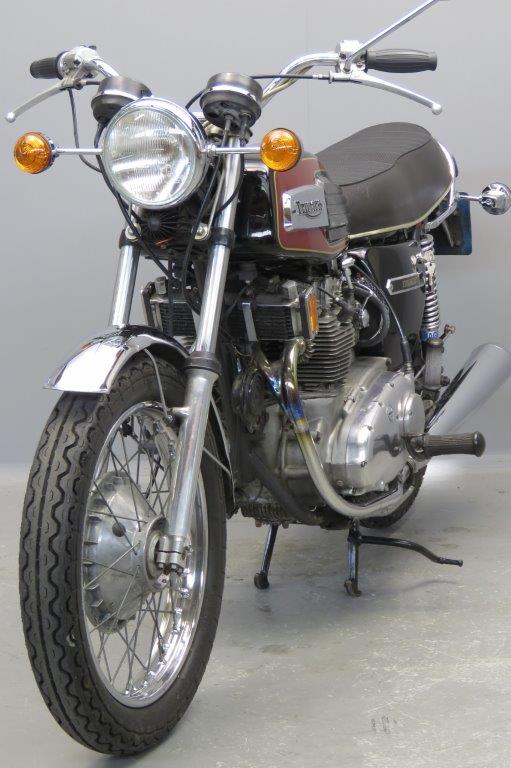 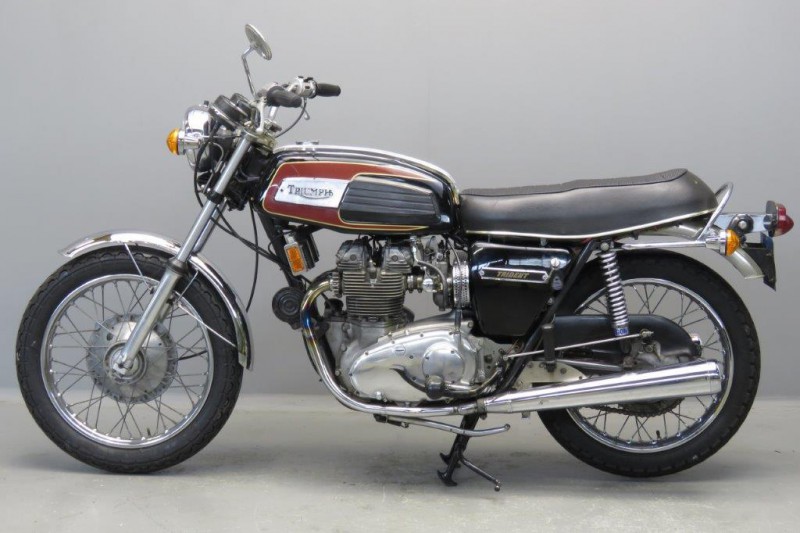 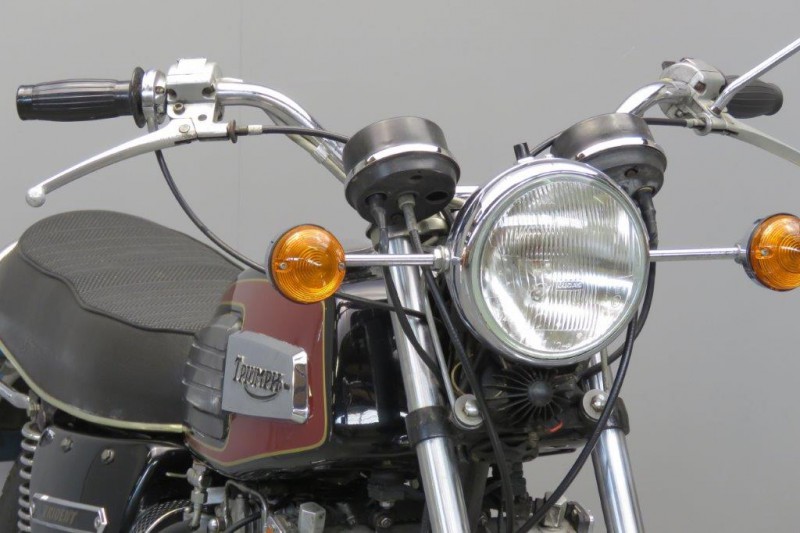 1972 Triumph T150 Trident , 740cc, ohv 3-cylinder, 4-speed, 503lb, 37mpg, 120mph.
Triumph’s eagerly awaited 3-cylinder T150 Trident was a radical new idea, introduced in 1968, alongside BSA’s similarly powered A75 Rocket-3; both models were individually styled.
The idea was wild, especially considering the conservative nature of BSA & Triumph management at the time. There were lots of singles & twins, and even some fours. But no one had a triple!
The Triumph engine had its cylinders mounted vertically while the BSA’s engine was ‘sloped’ in the frame; these models were the firm’s first entry into the 750cc class.
Together with the Norton Commando, and Honda’s soon-to-arrive CB750-4, they were immediately categorised as Superbikes.
Going into the 1970s both ‘triples’ underwent a change of styling with particular attention paid to the silencers and fuel tanks.
The BSA/Triumph group was already experiencing a difficult financial situation but, in a glorious last-ditch sales campaign, the factory comp shop [under R & D chief Doug Hele] was
charged with preparing a batch of hand-built T150/A75s for Daytona and the newly created Formula 750. It proved a highly successful promotion with the team bikes gaining
many race wins and leader board positions more-or-less wherever they entered. Likewise from 1970 onwards the T150 known as “Slippery Sam” – masterminded by Triumph’s Les Williams – achieved five consecutive wins in the IOM Production TT.
This Triumph Trident is a well running classic, which has earned its place in the hall of fame of super bikes.
Be ready for the summer season. !