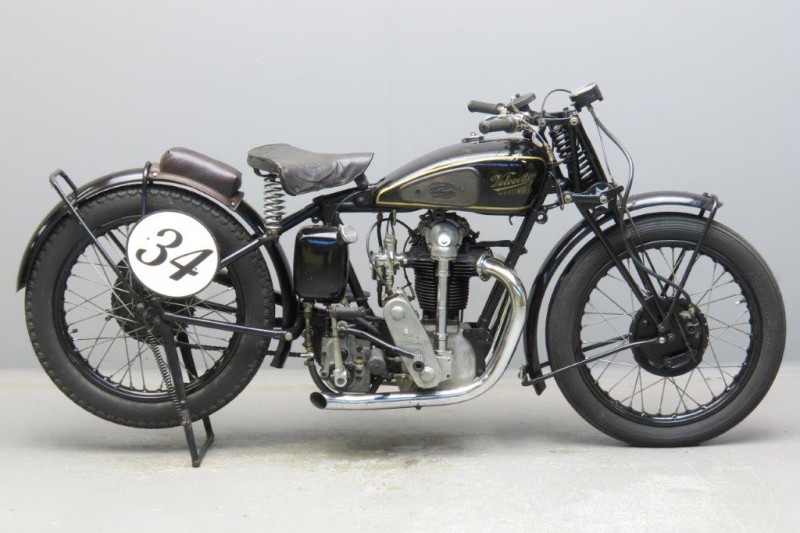 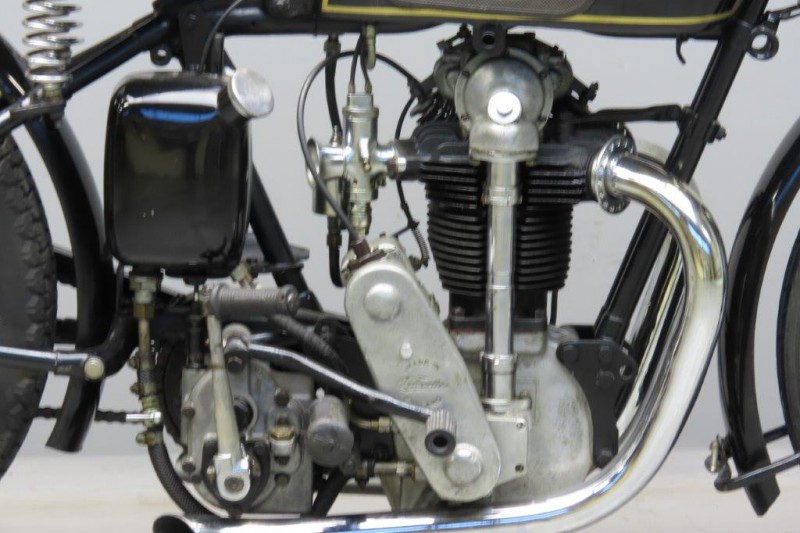 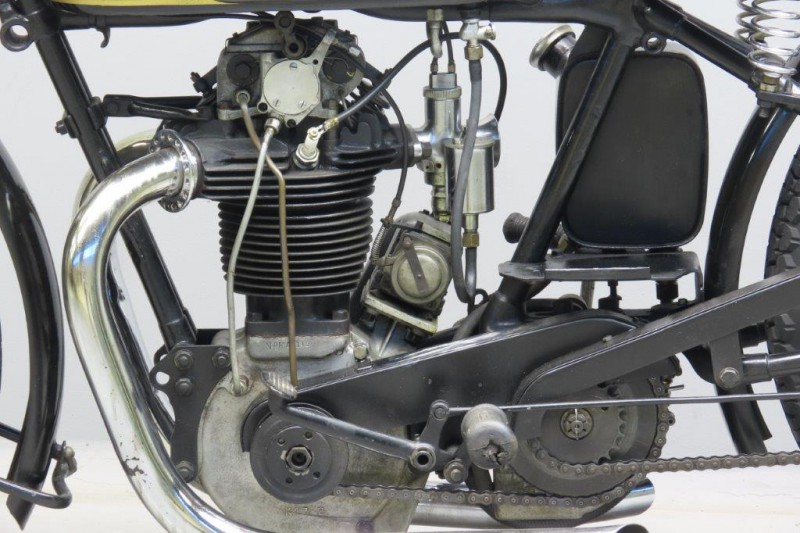 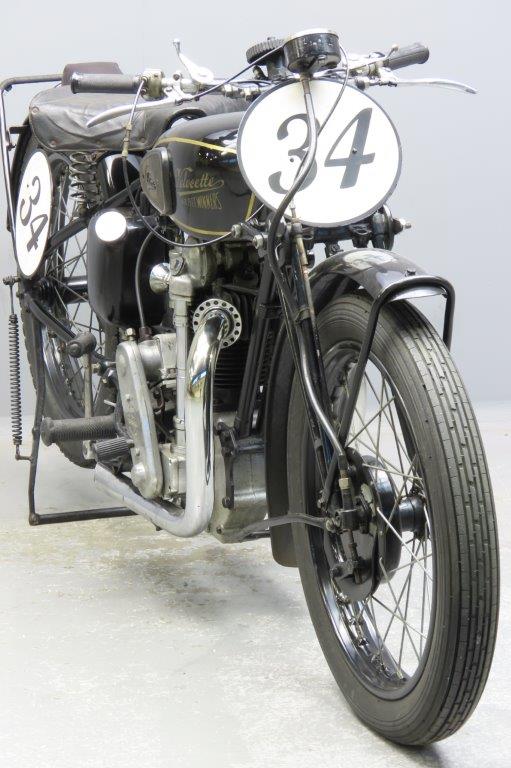 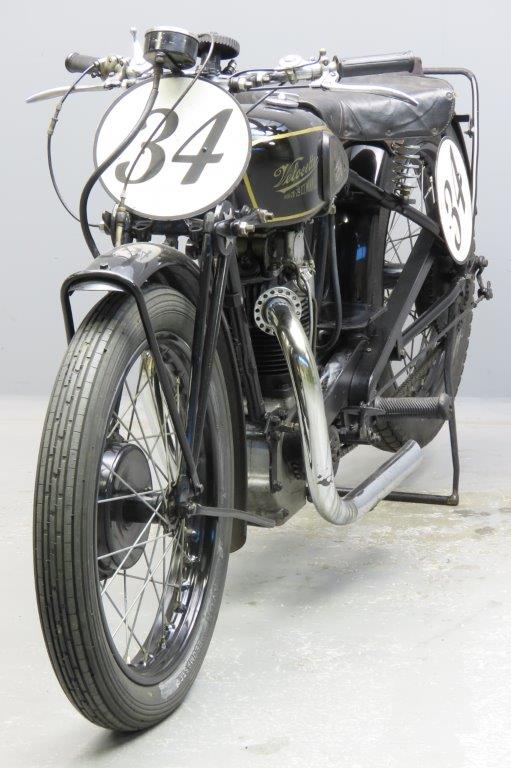 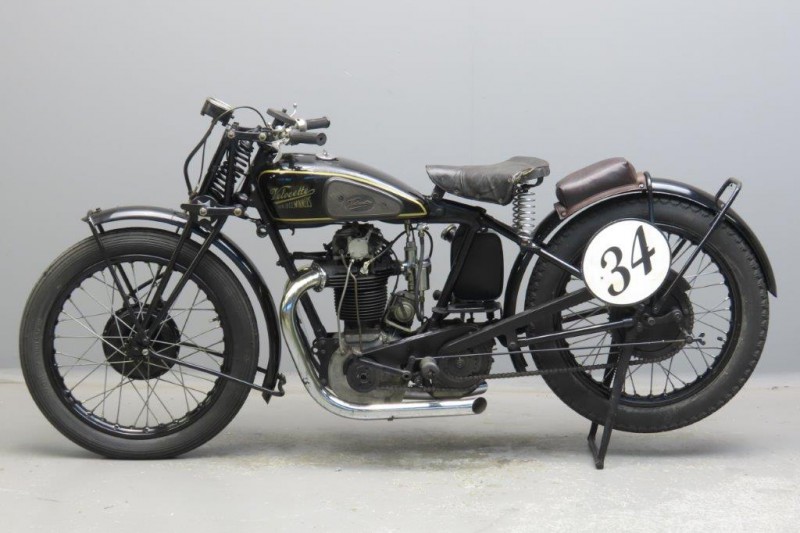 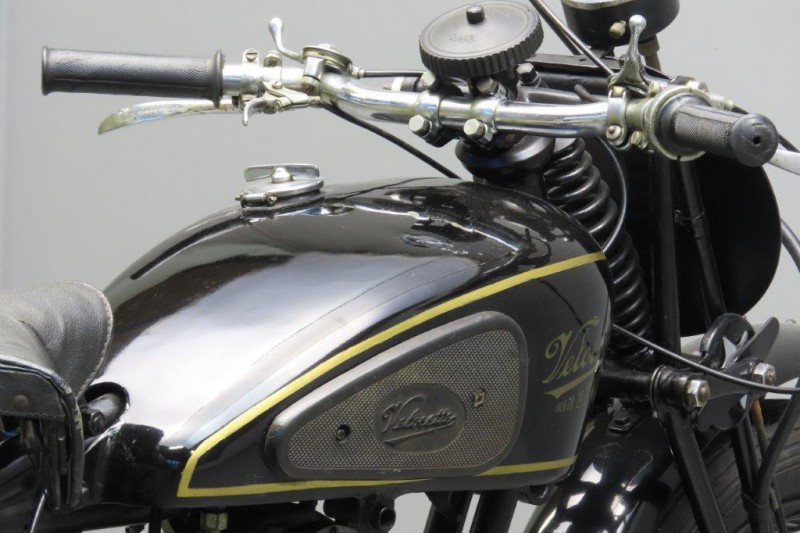 The firm of Veloce Ltd. was formed in 1905 by Johann Goodman.
It was a family business that concentrated on sound motorcycle engineering principles.
Their first machines were lightweight four strokes; after that a line of top-class 250 cc two strokes was brought out. In 1924/ 25 Percy Goodman designed the 350 cc overhead camshaft model K, a machine destined to win many TTs and other races, starting with the 1926 Junior TT that was won by Alec Bennett, who finished ten minutes ahead of the second placeman.
The model KSS (K for overhead camshaft, SS for super sports) first appeared in 1925.
It had a power output of about 19 HP at 5,800 rpm.
From the KSS the successful KTT was developed.
This was the first over-the-counter production racer to become available to the general public.
In 1930, when twin port heads were becoming fashionable, the company produced the KTP, (K Twin Port) which was essentially a fast touring machine.
It stayed in production until the end of 1931, when it was replaced by the KTS.
A new feature for the KTP was coil ignition, but that proved to be rather unreliable and even dangerous.
When a KTP owner would overflood his carburettor and opened the throttle too far when endeavouring to start the engine he could set his machine on fire.
The coil ignition gave a spark in either direction of rotation and when the engine kicked back the resulting flame ignited the petrol dripping from the carburettor.
Later deliveries were fitted with a gauze flame-trap screwed on to the carburettor in place of the normal air trumpet.
It appears the company also fitted magneto ignition to special order and quite a few owners undertook this change themselves in the course of time.
This older-restoration KTP comes with a safe magneto and is fitted with Smiths speedo, Webb steering damper and bum pad.