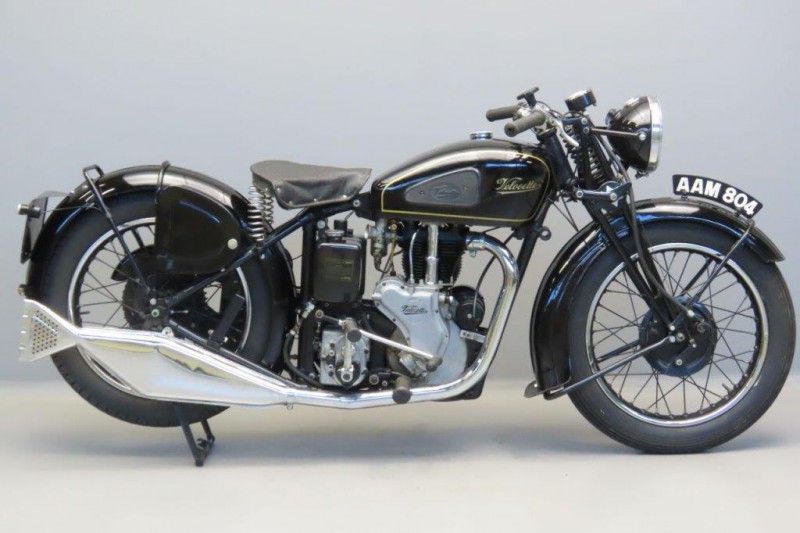 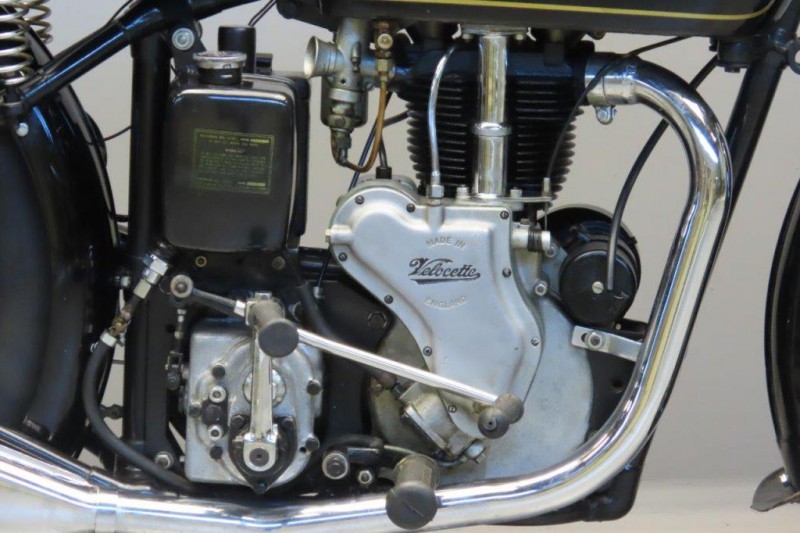 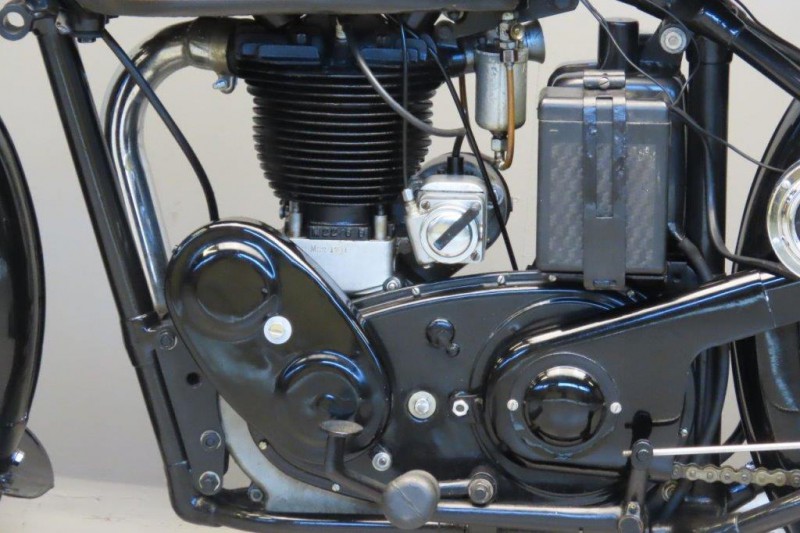 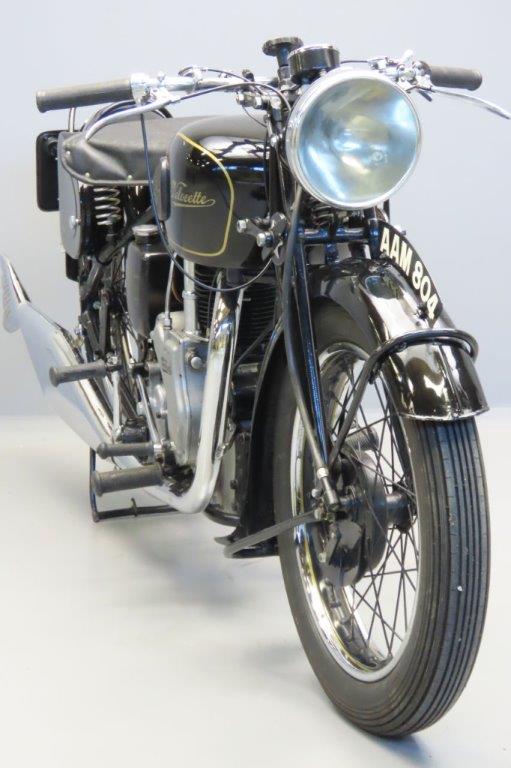 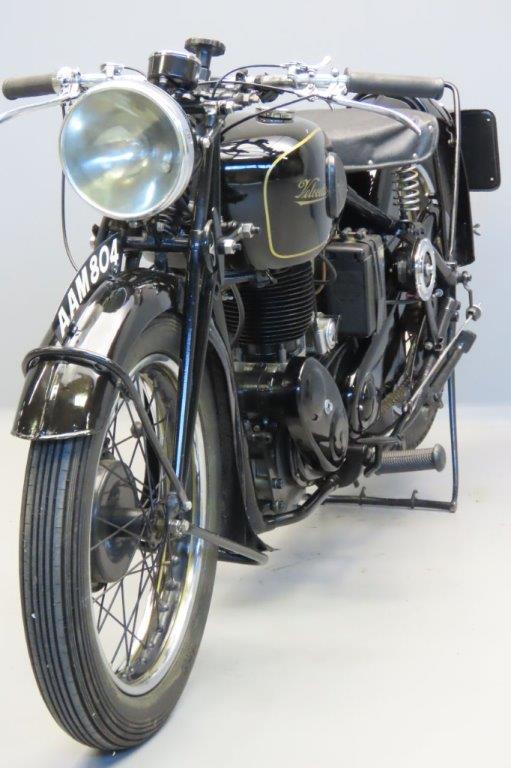 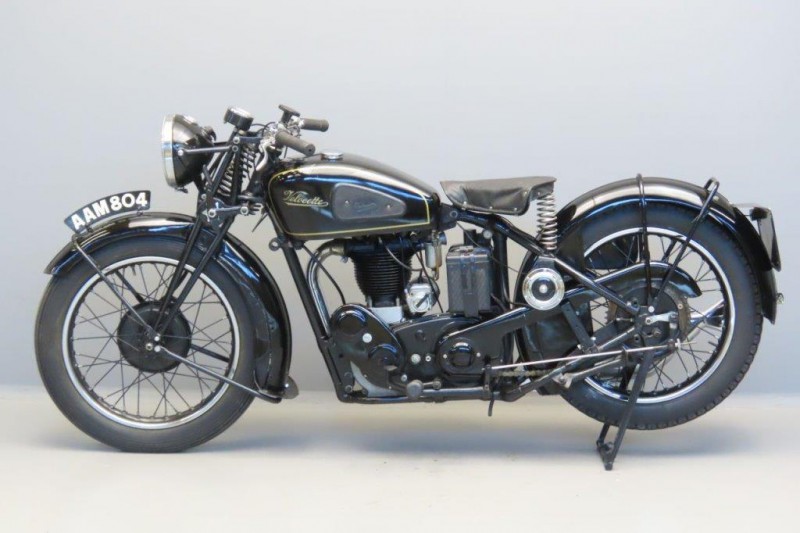 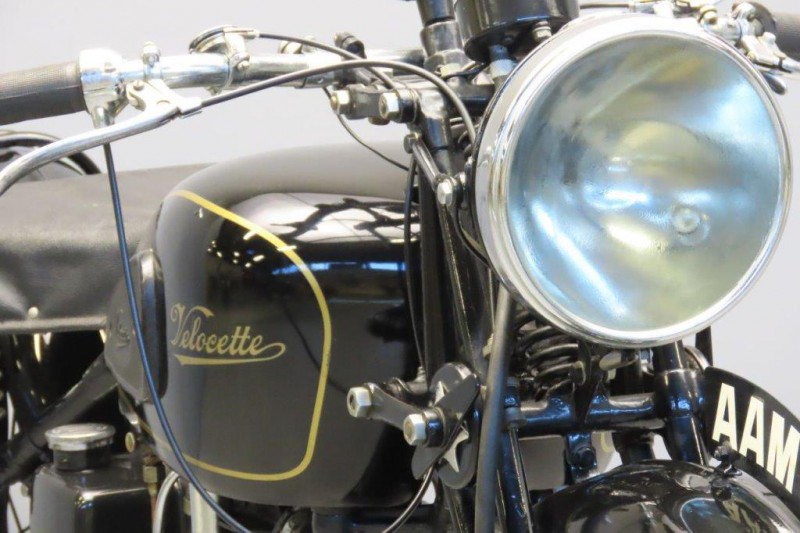 The firm of Veloce Ltd. was formed in 1905 by Johann Goodman.
It was a family business that concentrated on sound motorcycle engineering principles.
Their first machines were lightweight four strokes; after that a line of top-class 250 cc two strokes was brought out. In 1924/25 Percy Goodman designed the 350 cc overhead camshaft model K, a machine destined to win many TTs and other races, starting with the 1926 Junior TT that was won by Alec Bennett, who finished ten minutes ahead of the second placeman.
In 1933 the company brought out the first of the OHV “M” series, the 250 cc MOV.
Soon this model was followed by the 349 cc MAC, which had the same bore (68 mm) as the MOV; the 349 cc capacity was reached by lengthening the stroke from 68.25 to 96 mm, in this way providing the advantage of many shared parts.
In May 1935 a 500cc model, the MSS, was marketed.
Veloce kept to the basic design, combining the MAC’s 96mm stroke with a 81mm bore to create its new ‘500’.
The MSS engine went into a new frame derived from that of the racing KTT. The model disappeared from the range in 1948 while the company concentrated on the LE, reappearing in 1954 with a new swinging-arm frame and the firm’s own telescopic front fork.
The engine too was updated, gaining square bore and stroke dimensions of 86x86mm along with an alloy cylinder barrel and head. Whilst the focus of Velocette’s revered range of motorcycles is often concentrated upon their 350cc models, Hall Green also produced some equally fine half litre machines.
The MSS is an excellent example, and proved to be a popular seller.
The same engine, with a few period modifications, went on to power the post-war Venom and Scrambler models that stayed in production until 1969.
The MSS has a four speed gearbox, totally enclosed valve gear and a Miller lighting system with large 8¼ inch (21cm) headlamp.
Power output is about 20 hp @ 5500 rpm.
This post-vintage sports tourer comes with Smiths speedo and is a well-kept older restoration.