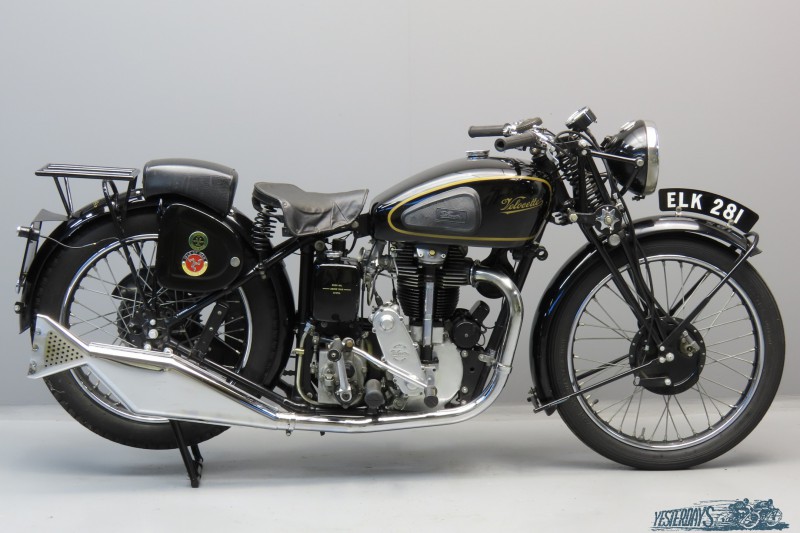 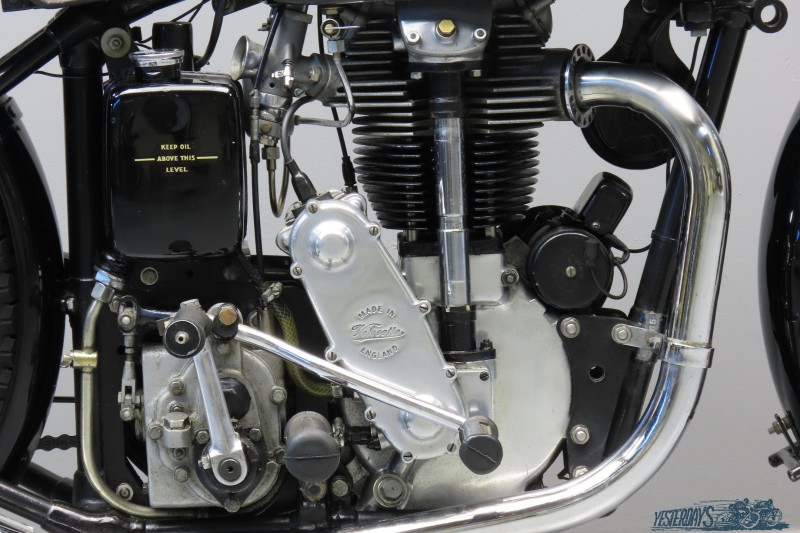 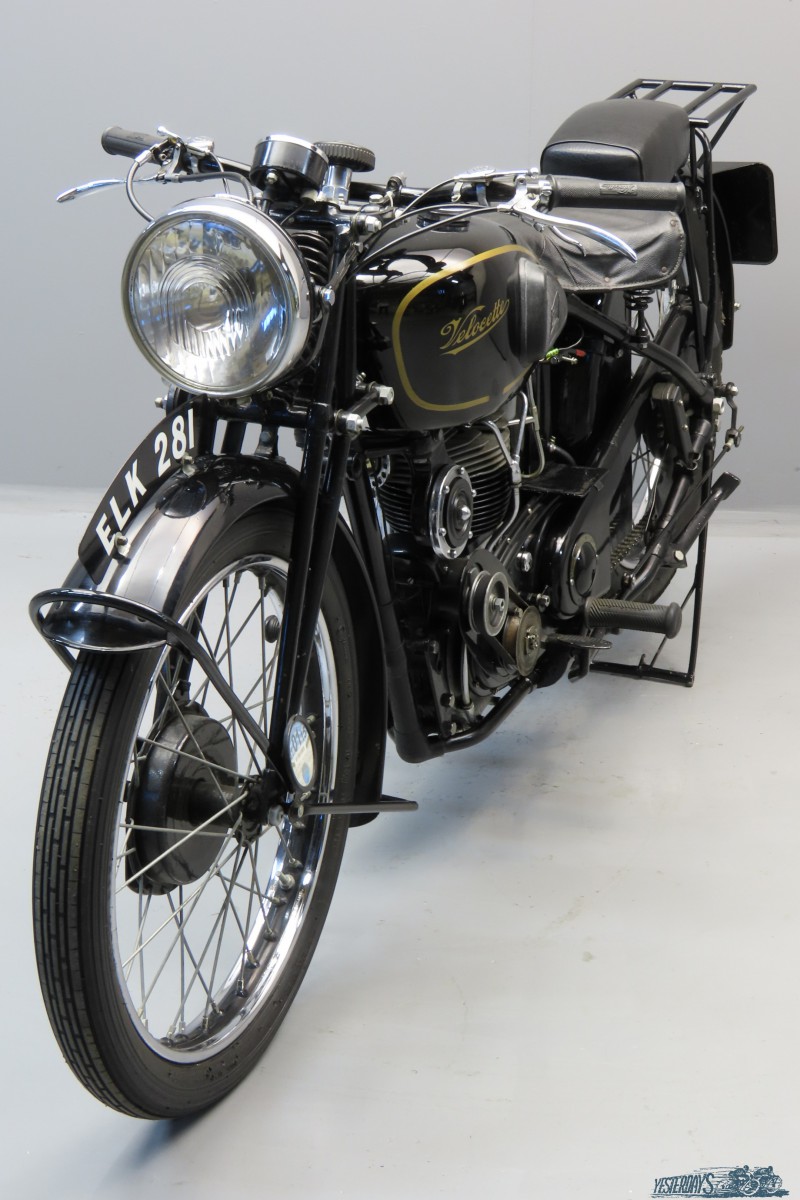 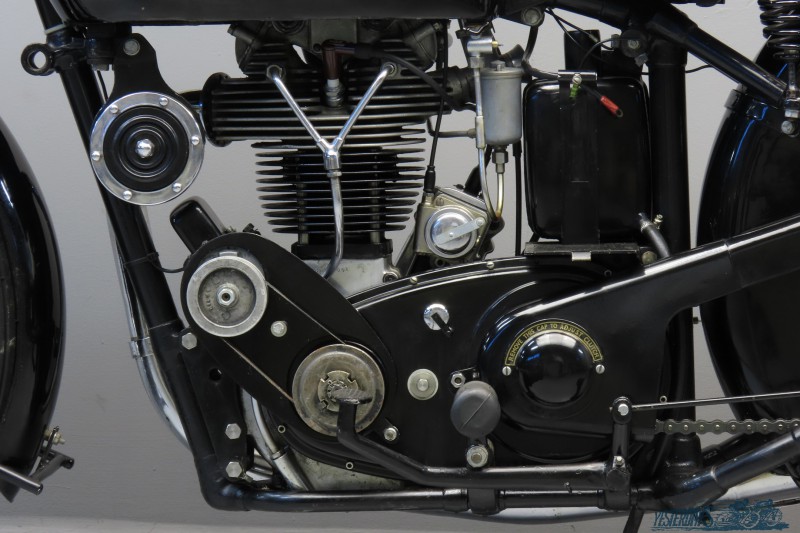 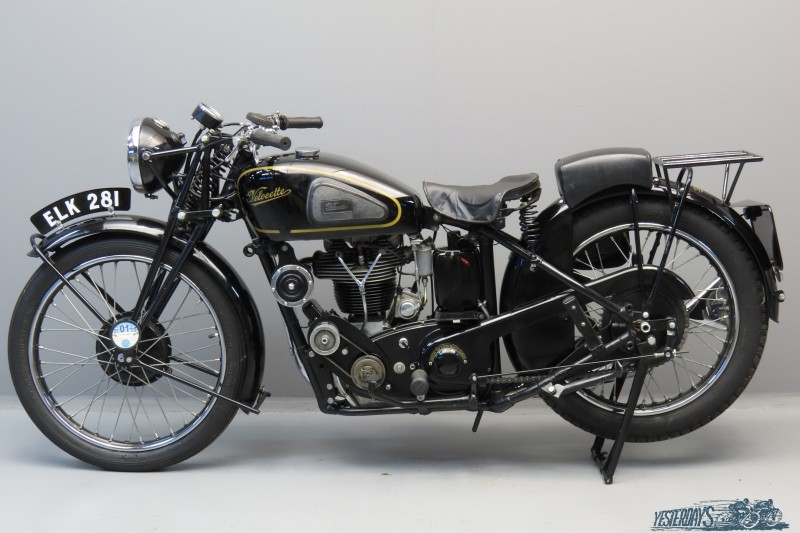 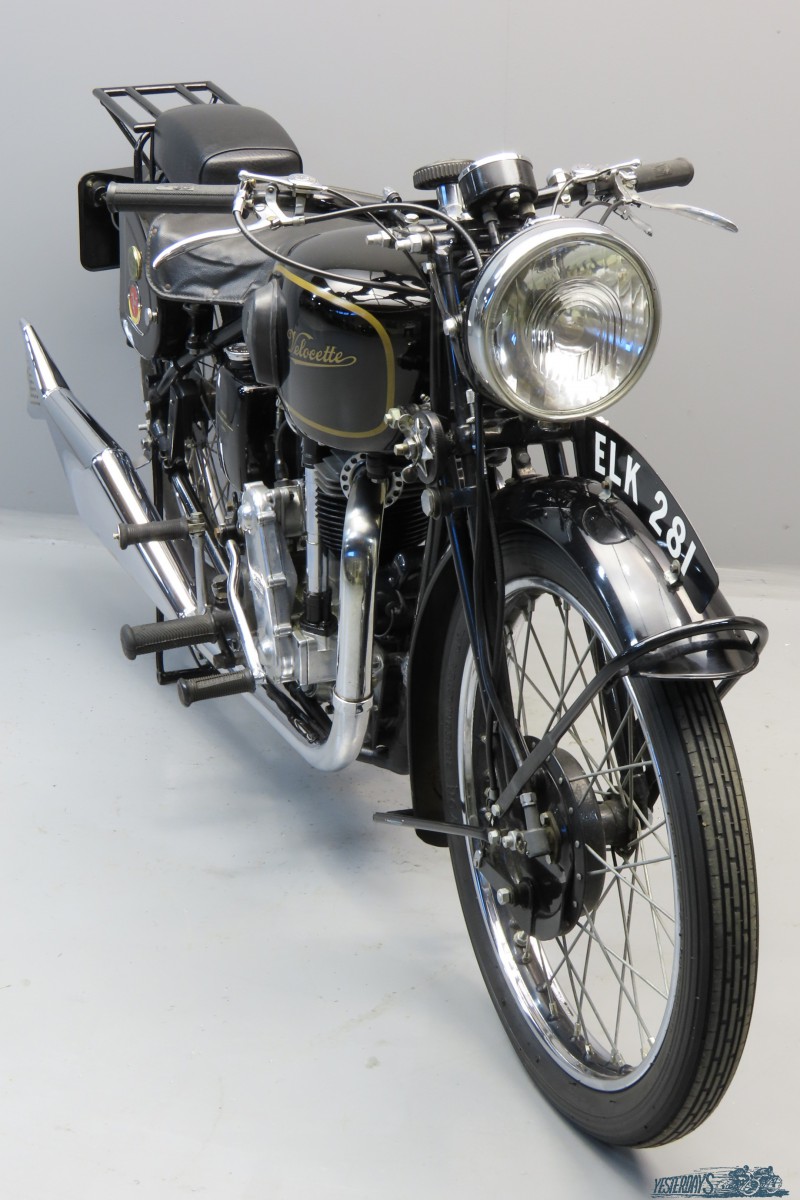 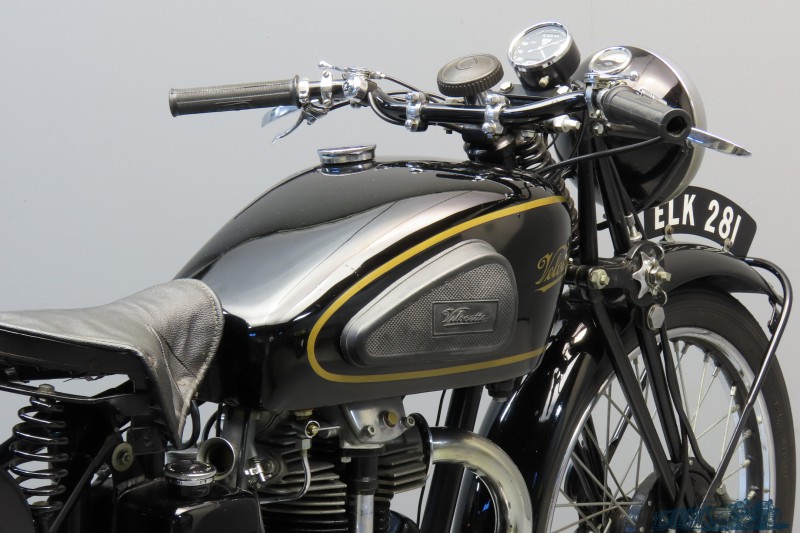 The firm of Veloce Ltd. was formed in 1905 by Johann Goodman. It was a family business that concentrated on sound motorcycle engineering principles. Their first machines were lightweight four strokes; after that a line of top-class 250 cc two strokes was brought out. In 1924/25 Percy Goodman designed the 350 cc overhead camshaft model K, a machine destined to win many TTs and other races, starting with the 1926 Junior TT that was won by Alec Bennett, who finished ten minutes ahead of the second placeman.
The model KSS (K for overhead camshaft, SS for super sports) first appeared in 1925. It had a power output of about 19 HP at 5,800 rpm. From the KSS the successful KTT was developed, this was the first over-the-counter production racer to become available to the general public. In 1933 the KSS got a four speed gearbox and in 1935 the KSS was completely redesigned. The MkII version featured many improvements including a new aluminium-alloy cylinder head with enclosed valve-gear, together with the cradle frame and heavyweight Webb forks of the new MSS.

The late former owner of this well-sorted KSS was a long-time member of the British Velocette Owners’ Club and he went on many Club rides with ‘ELK 281’. Owned for over 25 years, the Velo was also shown at concours events, picking up the occasional award. Its late owner cherished his beloved KSS, which has been well looked after. Unfortunately the dynamo drive cover has been mislaid at some time, it’s not with the machine. Accessories include bum pad, luggage rack and 80mph Smiths speedo. A practical side stand is a standard fitting. As this well-restored KSS hasn’t been ridden for some time, recommissioning is advised.