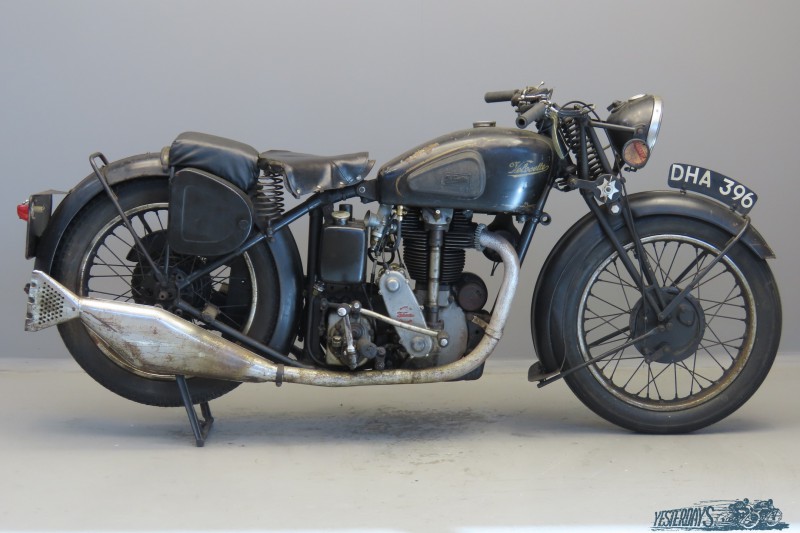 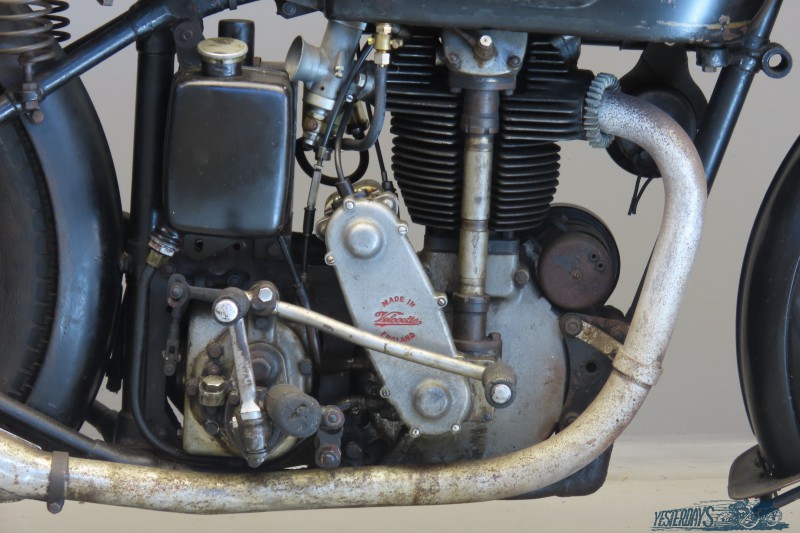 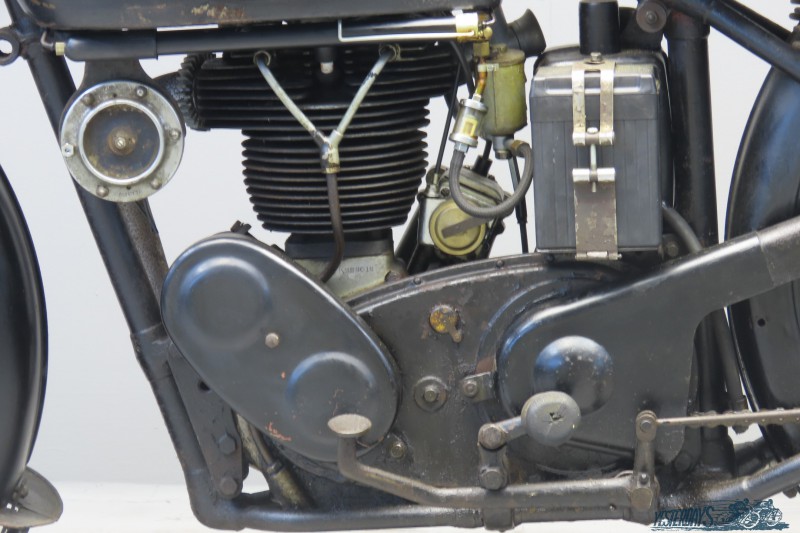 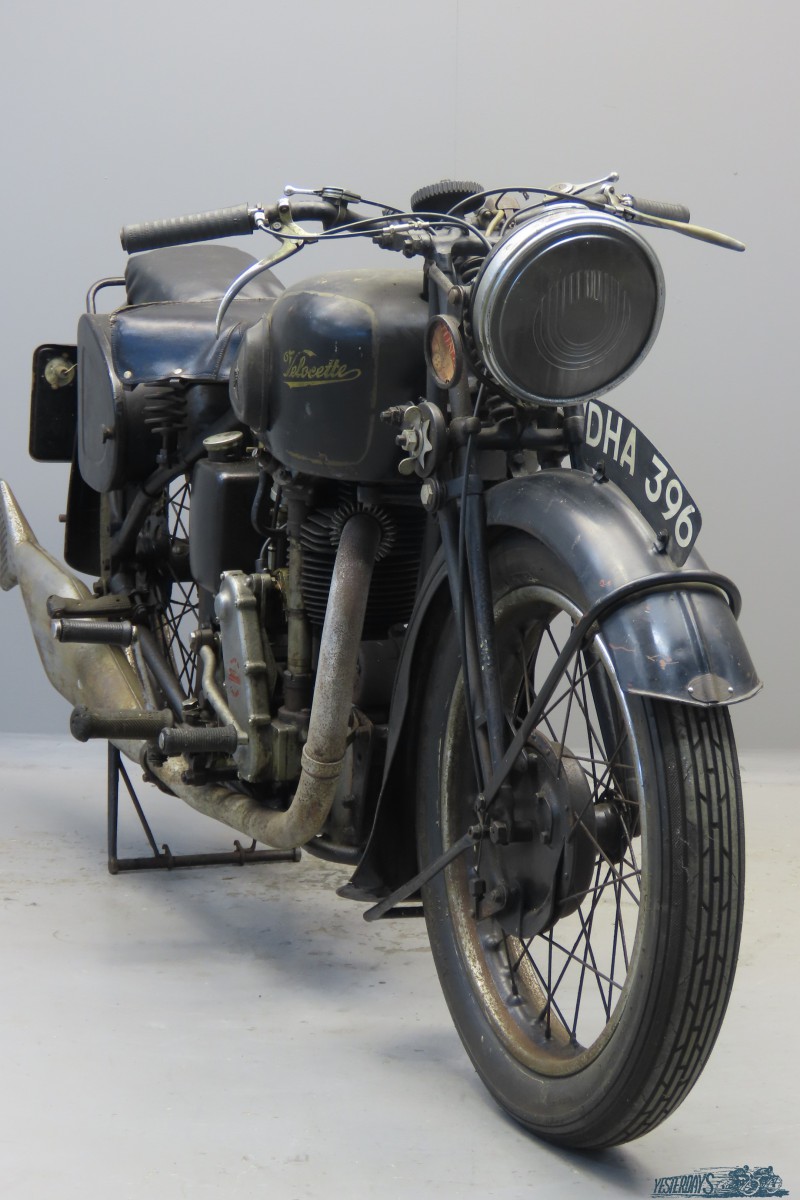 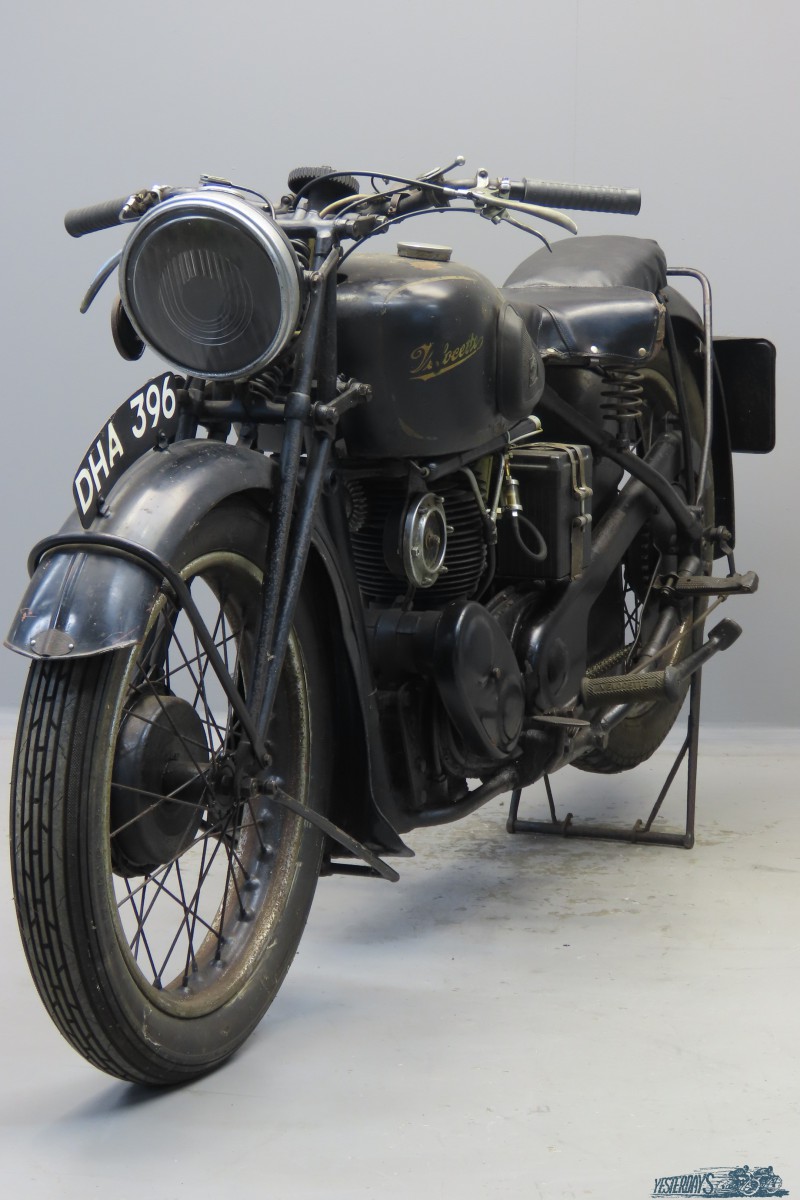 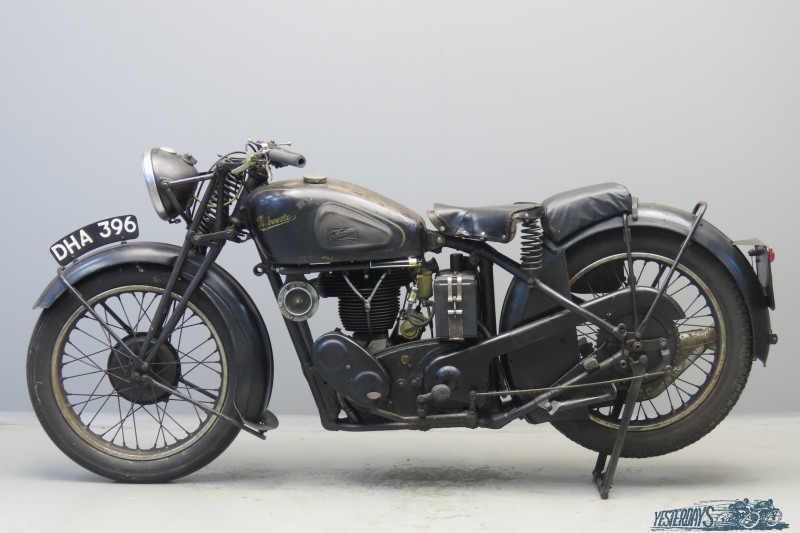 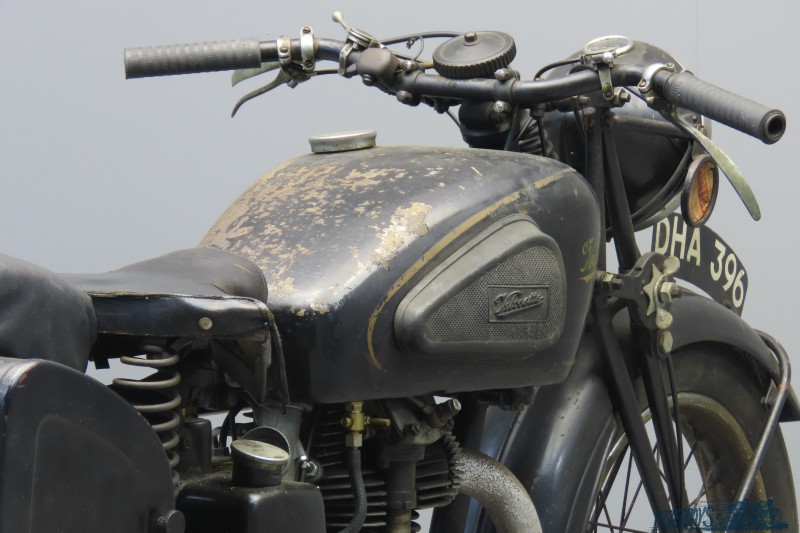 The firm of Veloce Ltd. was formed in 1905 by Johann Goodman. It was a family business that concentrated on sound motorcycle engineering principles. Their first machines were lightweight four strokes; after that a line of top-class 250 cc two strokes was brought out. In 1924/ 25 Percy Goodman designed the 350 cc overhead camshaft model K, a machine destined to win many TTs and other races, starting with the 1926 Junior TT that was won by Alec Bennett, who finished ten minutes ahead of the second placeman.
The model KSS (K for overhead camshaft, SS for super sports) first appeared in 1925. It had a power output of about 19 HP at 5,800 rpm. From the KSS the successful KTT was developed, this was the first over-the-counter production racer to become available to the general public. In 1933 the KSS got a four speed gearbox and in 1935 the KSS was completely redesigned. The MkII version featured many improvements including a new aluminium-alloy cylinder head with enclosed valve-gear, together with the cradle frame and heavyweight Webb forks of the new MSS. The KTS, introduced in 1931, is the touring sister model of the KSS: it’s virtually identical to the KSS apart from more generous mudguarding and different wheel and tyre sizes. The KSS has 3.00 x 21 front and 3.25 x 20 rear tyre sizes, the KTS has 3.25 x 19 front and 3.50 x 19 rear. She has a practical side stand and comes with bum pad.
We are not sure about the exact frame number, Velocette is notorious for difficulty of deciphering it. A brass dealer’s plate on the front mudguard mentions “Cope’s, Hagley Road, Birmingham” and the tax disc in the holder expired in June, 1964. It’s quite possible this Velo has not been ridden since the sixties; the machine is quite complete and appears original as to paint work and chromium finish, although the latter is not in really good condition to put it mildly. This velo has all the potential to get alive again as an interesting OHC post-vintage tourer, in fully restored trim or in “oily rag” condition.