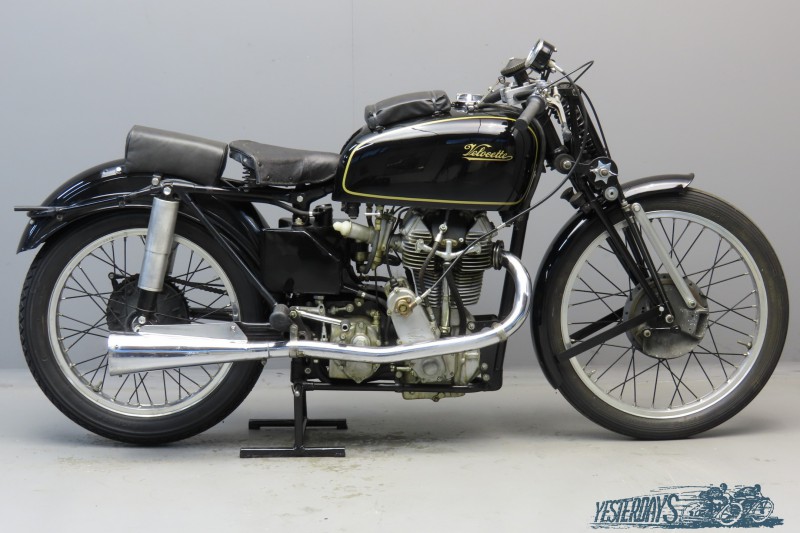 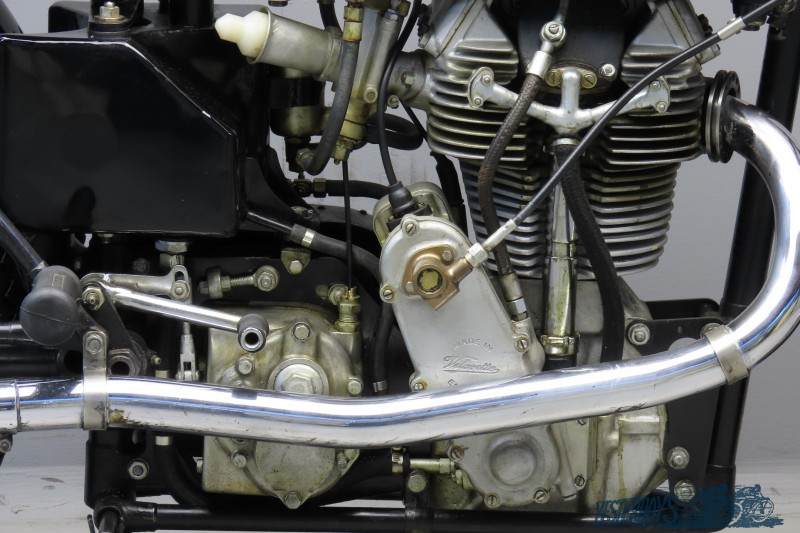 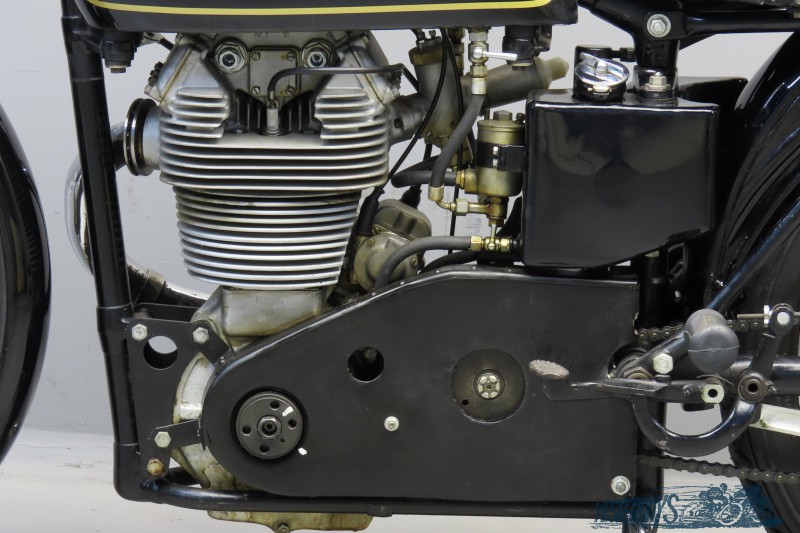 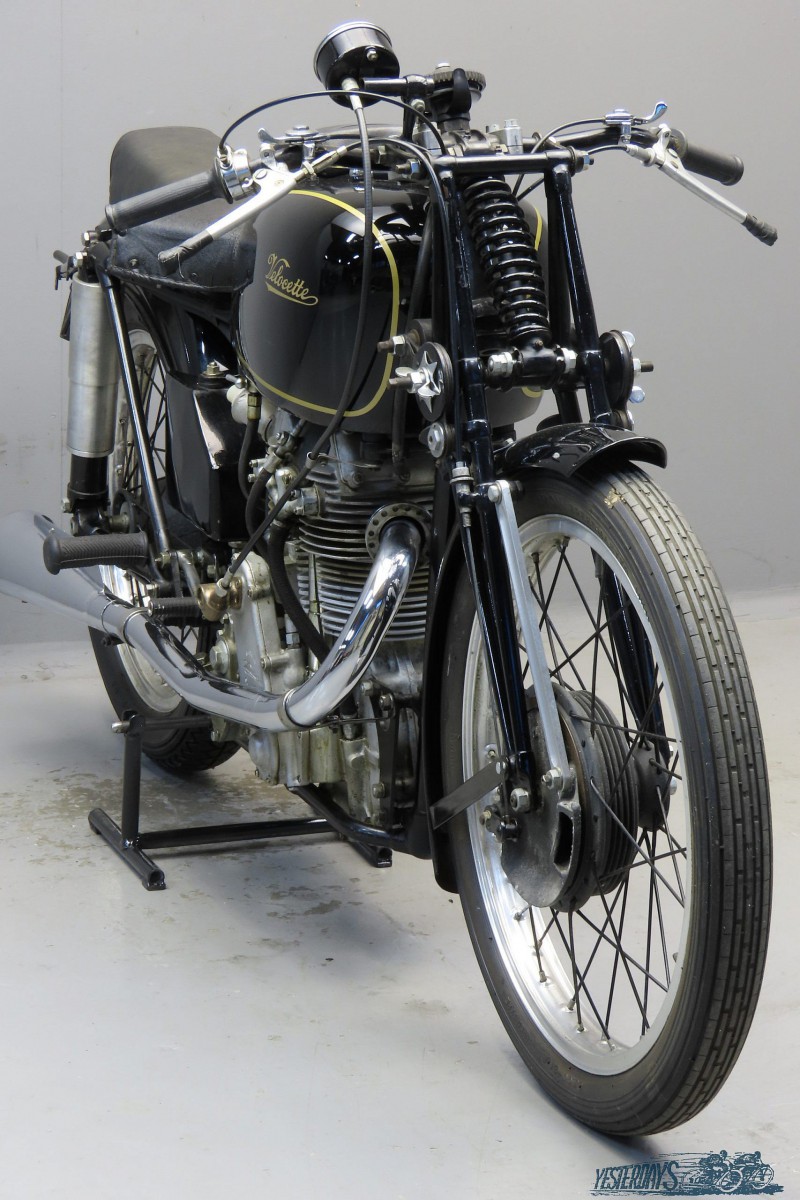 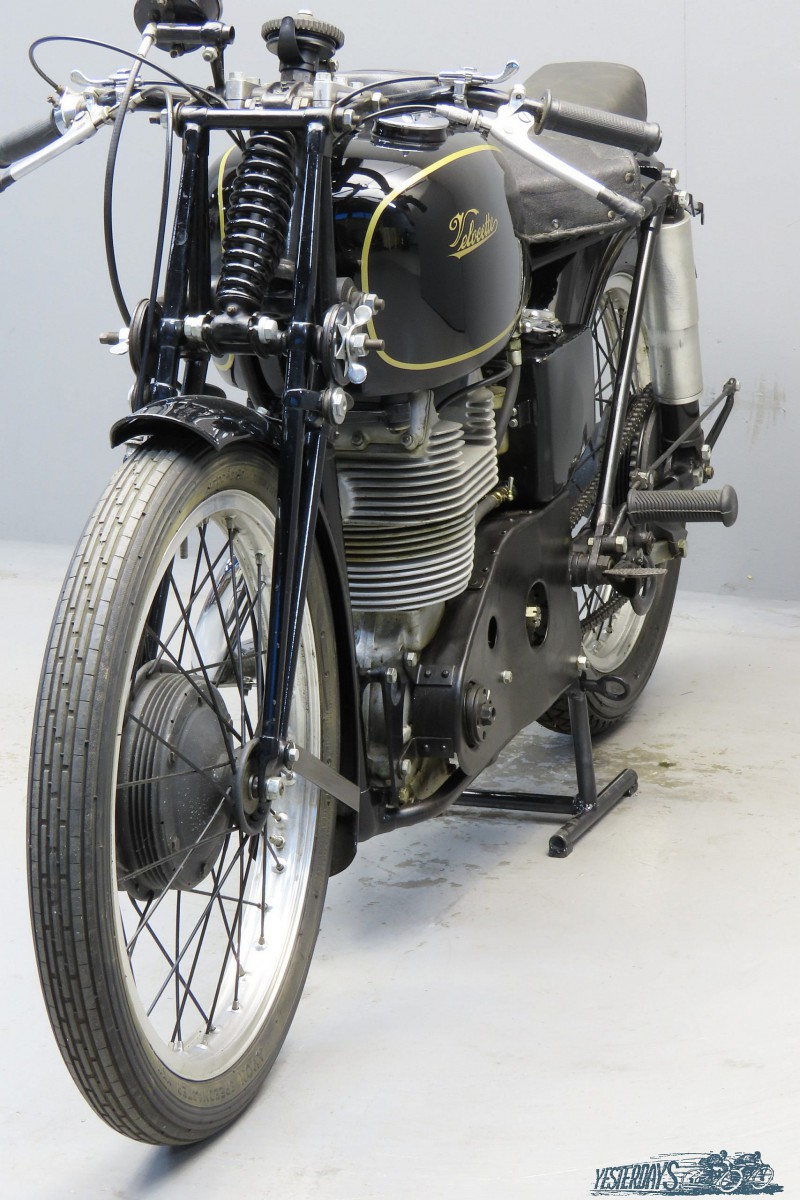 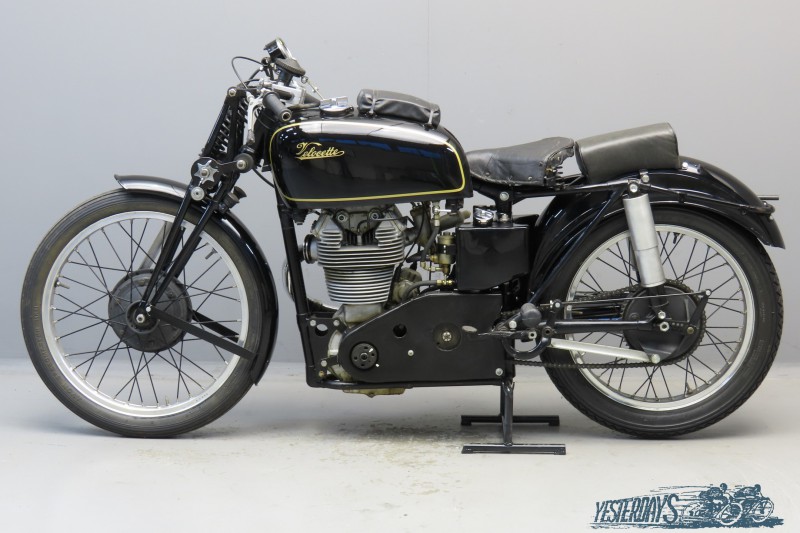 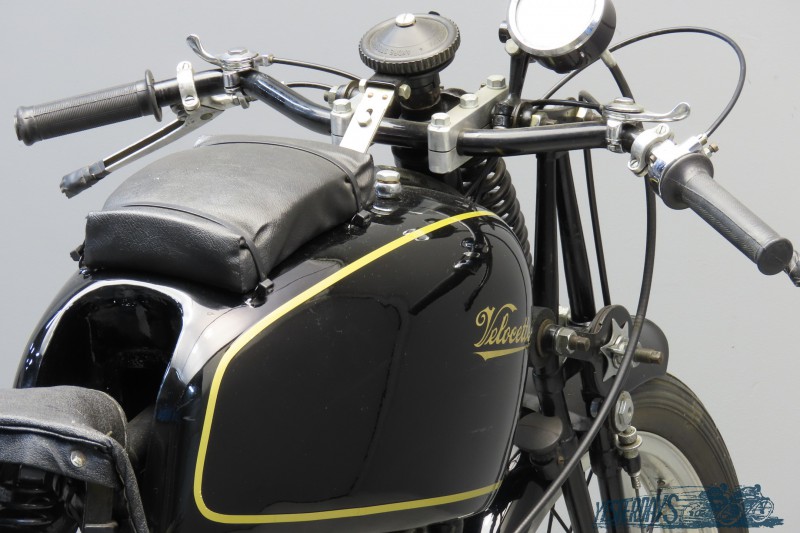 The firm of Veloce Ltd. was formed in 1905 by Johann Goodman. It was a family business that concentrated on sound motorcycle engineering principles. Their first machines were lightweight four strokes; after that a line of top-class 250cc two strokes was brought out. In 1924/ 25 Percy Goodman designed the 350cc overhead camshaft model K, a machine destined to win many TTs and other races, starting with the 1926 Junior TT that was won by Alec Bennett, who finished ten minutes ahead of the second placeman with an average speed of 66.7 mph.
A remarkable feat, since the Velocette business was a small company with at that time only about 40 employees and no racing department; racer building activities often had to be carried out in overtime by the machine building department, consisting of about 6 workers in the twenties. The TT was won again in 1928 and 1929. After the 1928 TT win the KTT was marketed as the first British “over the counter” racer. Thus began the production of a competitive racing motorcycle offered for sale for 25 years up to 1953. A total of 868 KTTs were built.
Footchange was optional from 1929, a Velocette first, as the company claimed. In 1932 the Mk IV was introduced. The Mk IV was fitted as standard with the new positive stop four speed gearbox which had previously been available as an option and a new cylinder head, still cast in iron, was employed, which offered improved combustion characteristics. In most other respects the Mk IV was much as its predecessors with the braced Webb girder forks that were peculiar to the KTT and the majority of the rest of the cycle parts being shared by other machines in the range.
The KTT became the most successful vintage and post-vintage racing machine of all time in private hands. The Goodman design is special in many ways: think of the very slim crankcase with the roller main bearings inside a line drawn from the wall of the cylinder. So no heavy castings, no lengthy crankshaft. Result is a velvet smooth and quiet engine. Steering and handling of these machines are excellent. The Mark VIII was introduced at the 1938 Olympia Show and only some 49 machines were produced and sold during the 1939 seasons, with engine numbering commencing at 801. Power developed was around 30hp@6500rpm.

Factory records show that this matching-numbers Mk VIII was despatched to Muller in Brussels on May 19, 1939.
After the war the Velo was sold to Cees De Wit in The Netherlands, who passed it on to a German enthousiast in 1992.
Subsequently the KTT was completely restored by Günter Warneke in Bremen, one of Germany’s foremost specialists.
It was last used six years ago at the Nürburgring.
The machine is in generally very good condition, she’s starting and running well.