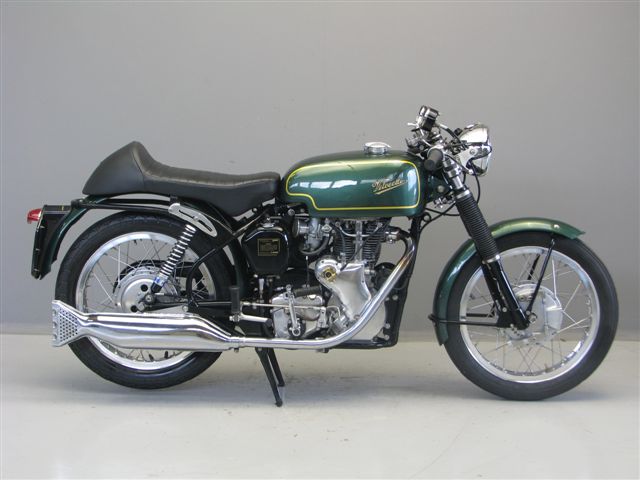 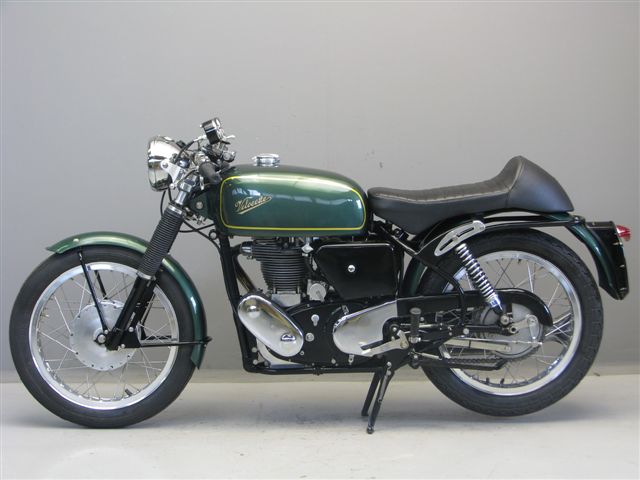 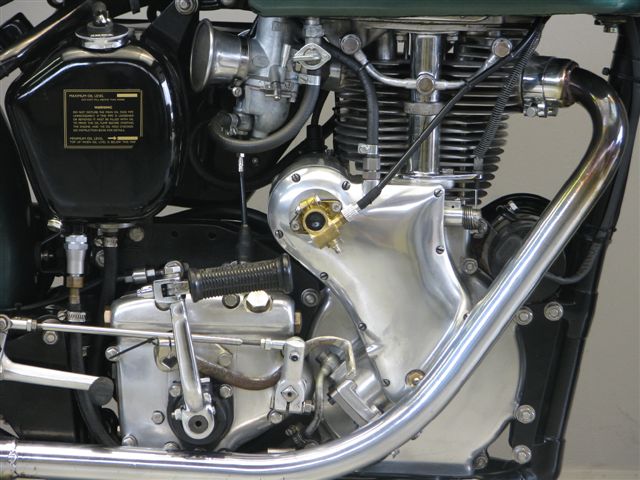 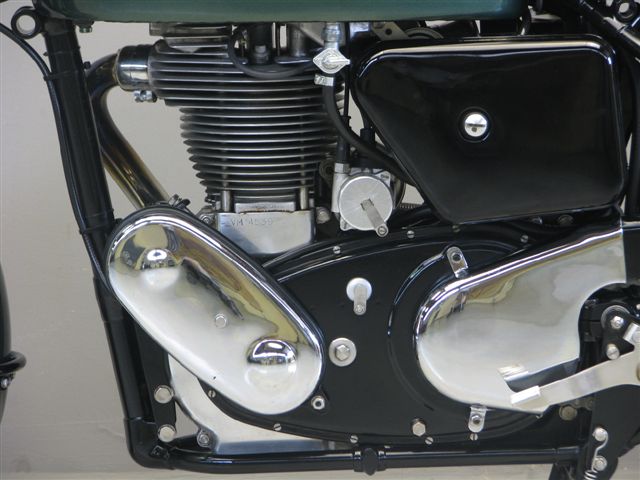 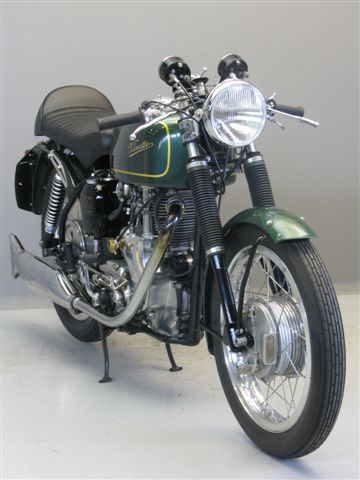 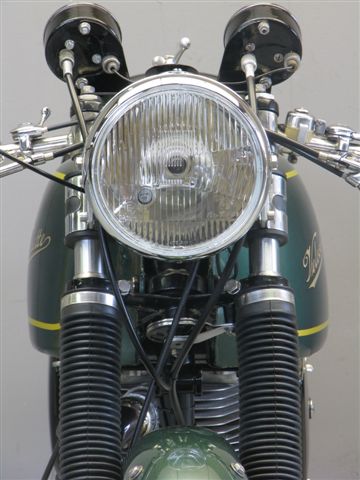 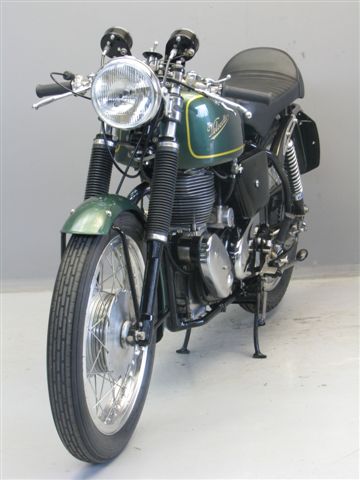 The Velocette Venom was a single cylinder four stroke British motorcycle of 499cc made by Velocette at Hall Green in Birmingham.
A total of 5721 Velocette Venoms were produced between 1955 and 1970.

From 1960 Velocette produced the Venom (and the Viper) in a ‘Clubman’ racing version, fitted with TT Amal carburettors,
a manually controlled BTH racing magneto (in place of the Lucas unit) and a close ratio gearbox, with the compression ratio
raised to 8.75 .
The Venom Clubman dispensed with the unpopular glass fibre enclosure and instead made a feature of highly
polished crankcase and gearbox castings.
Supplied with ‘rearset’ controls, lowered handlebars and a steering damper, the Clubman also had a range of optional accessories including a ‘megaphone’ exhaust silencer, a rev counter and light alloy wheel rims.
Although they could be hard to start (with a whole section in the owners handbook on starting technique) experienced Clubman riders found them easy to maintain and fast, as the Venom Clubman could achieve over 100 mph.

In 1966 the Venom was upgraded to the Mk II,  which had a twin leading shoe front brake and narrowed mudguards which combined with new exhaust design gave it a more modern sports motorcycle look.
On the 18th March 1961 a production Velocette Venom Clubman set the 24-hour world record at a speed of 100.05 mph.
The record attempt took place at the Montlhery speed bowl, a 2.7 km concrete track just outside Paris with a very uneven road surface and poor track lighting.
A team of six French riders were accompanied by motorcycle journalist Bruce Main Smith, who achieved the best lap time of 107 mph despite the poor lighting conditions.
After securing the 12 hour record at more than 104 mph, the team went on to complete the 24 hour endurance record attempt.
Stopping only to change riders and refuel (from a bucket using a funnel) the Venom secured the world record.
It was the first motorcycle of any size to achieve an average speed of over 100 mph for 24 hours and to this date no othermotorcycle of the same capacity has been able to equal this world record.
The publicity was very important for Velocette, as the success revived sales of the Venom which went on to become one of Velocette’s best selling motorcycles.
This  Venom is painstakingly restored to a very high standard, finished in an attractive green metallic finish with gold striping and she runs very well.