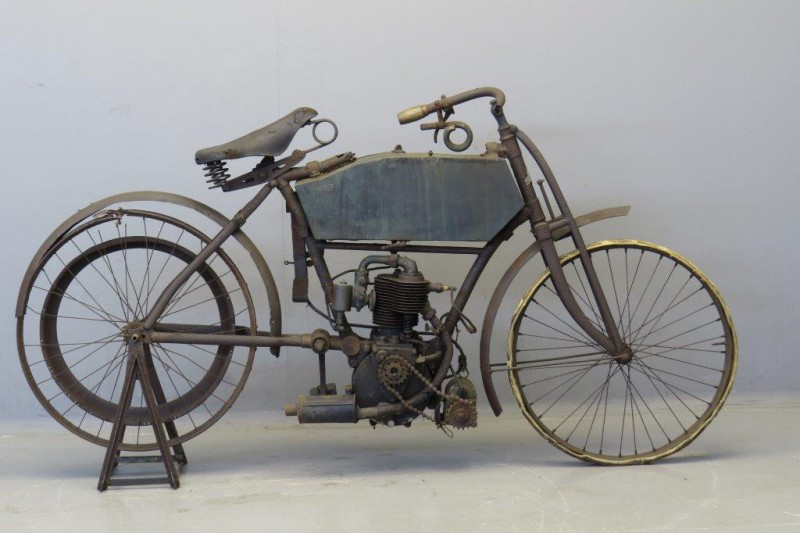 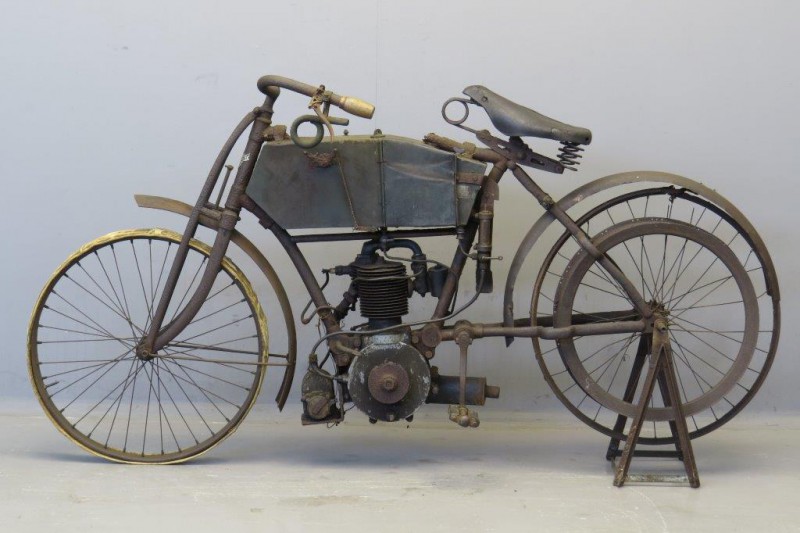 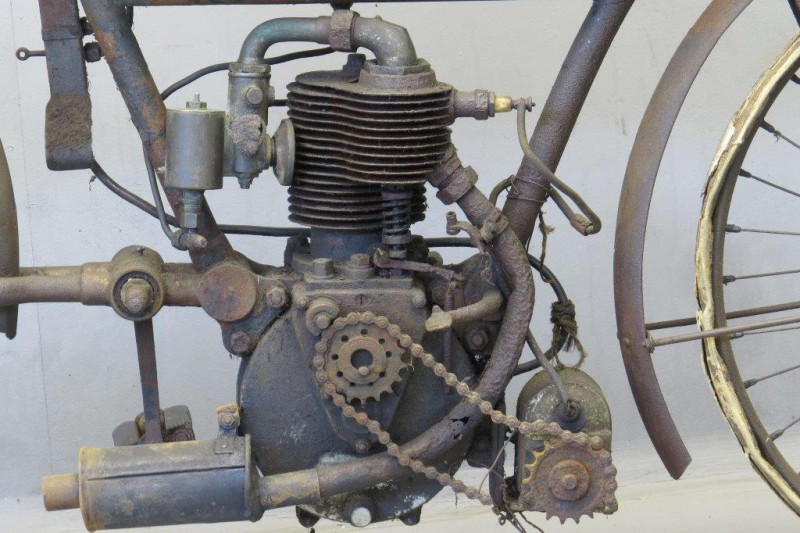 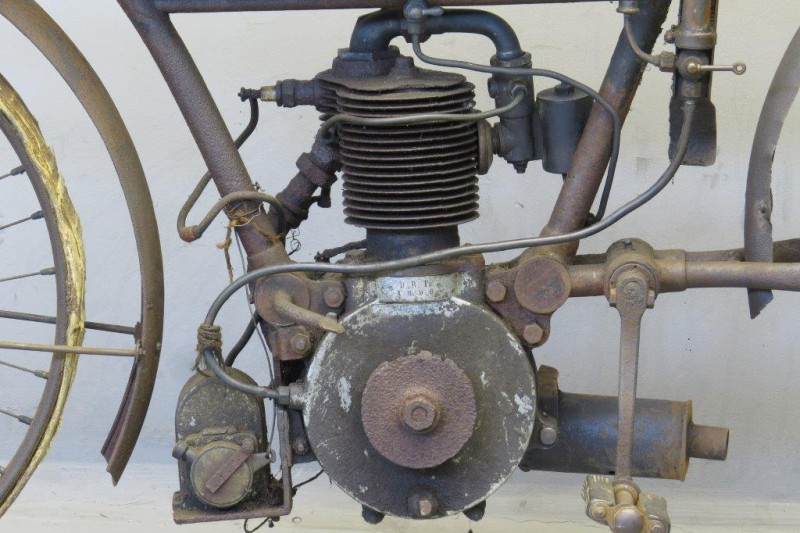 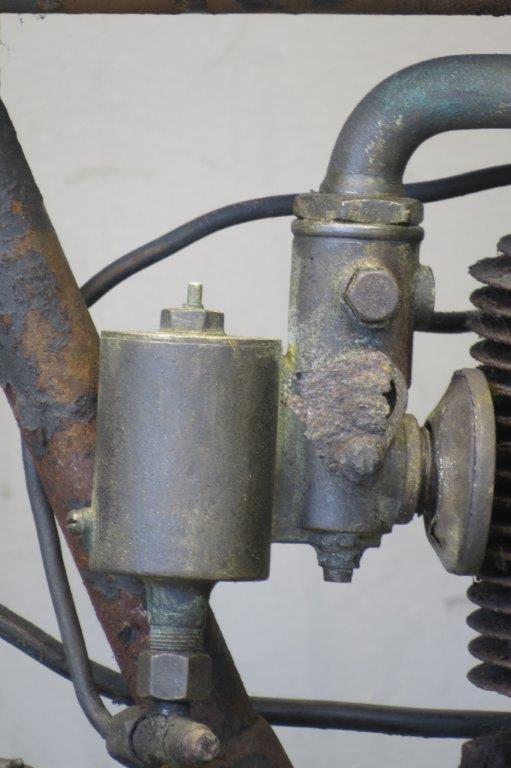 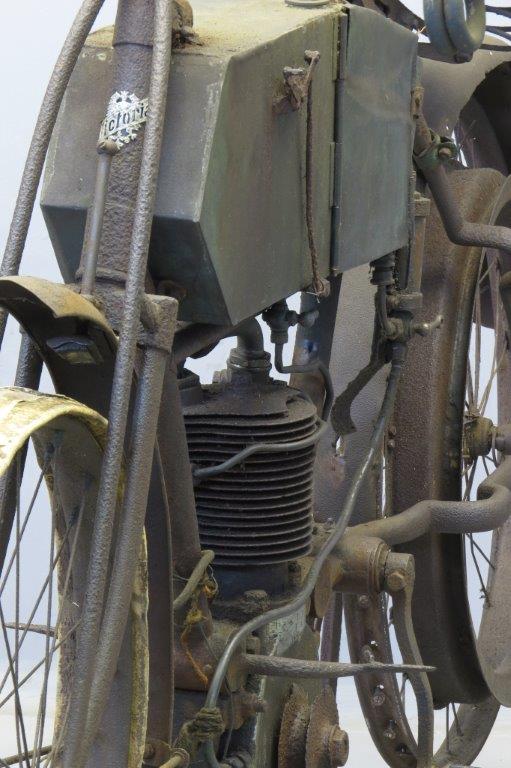 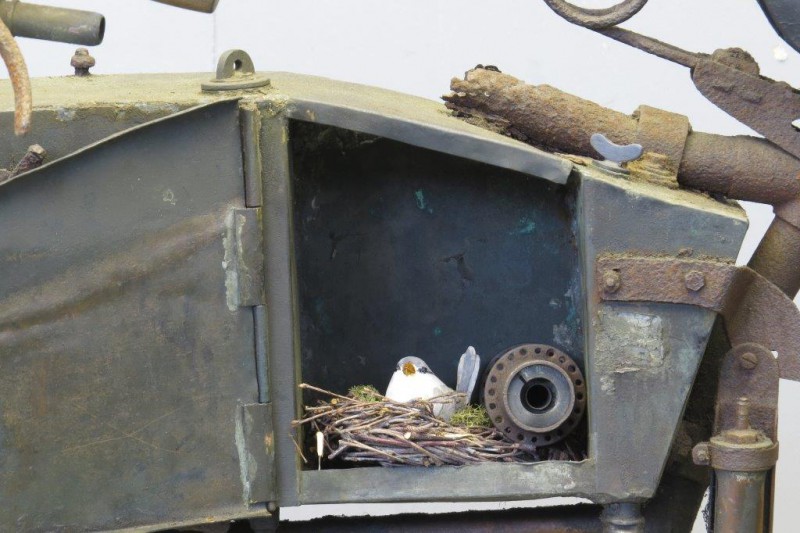 The company started, like most motorcycle manufacturers, with bicycles.
Founders   Max Frankenburger  and Max Ottenstein  formed their company ‘Frankenburger und Ottenstein Nürnberg ’ in 1886 in  Nuremberg.
By 1888 they had manufactured 1000 Victoria bicycles and in 1895  the name became ‘Victoria Fahrradwerke AG,’ abbreviated to ‘Victoria Werke AG’ in 1899.
The first motorcycles  were  produced in 1901.
The ancient town of Nuremberg was a centre of  technology comparable with Coventry.
Once  famous  German motorcycle manufacturers   like   Ardie, Triumph, Hecker, Hercules and  Mars   hailed from that city.
The machine we present here is  thought to be the oldest known surviving Victoria motorcycle.
It is equipped with a 289 cc  Fafnir engine type 6g with bore x stroke of 75 x 80 mm.
This engine turns 1800-2000 rpm and weighs  about 20 kg.
This interesting piece of motorcycle history is a family heirloom and is offered by the grandson of a Belgian gentleman who still  used the machine as daily transport in the nineteen twenties, as proved by official documents that  come with the machine.
At the end of its working life the Victoria was  put to rest  in a chicken shed.
Unfortunately it was placed under a leaking gutter where it stood for 60 odd years.
The machine is offered for display purposes only of course but  still presents the Victoria workmanship  of the early days.
Birdie and its nest are included in the price!