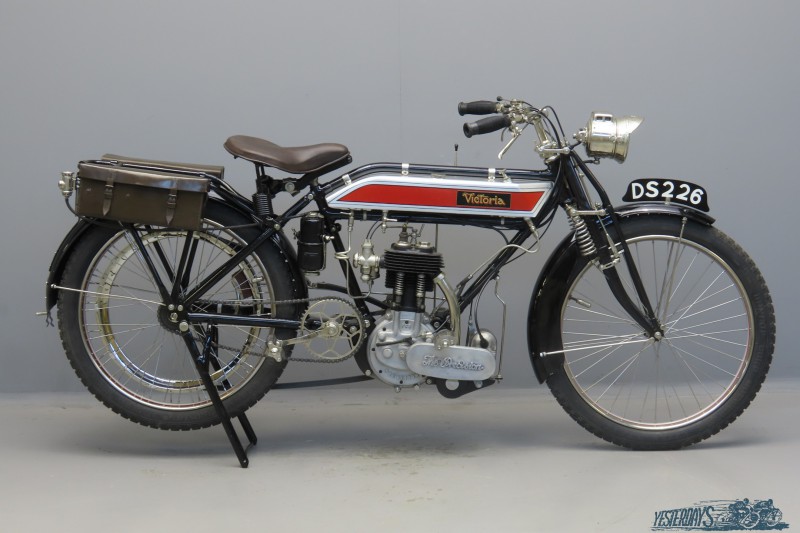 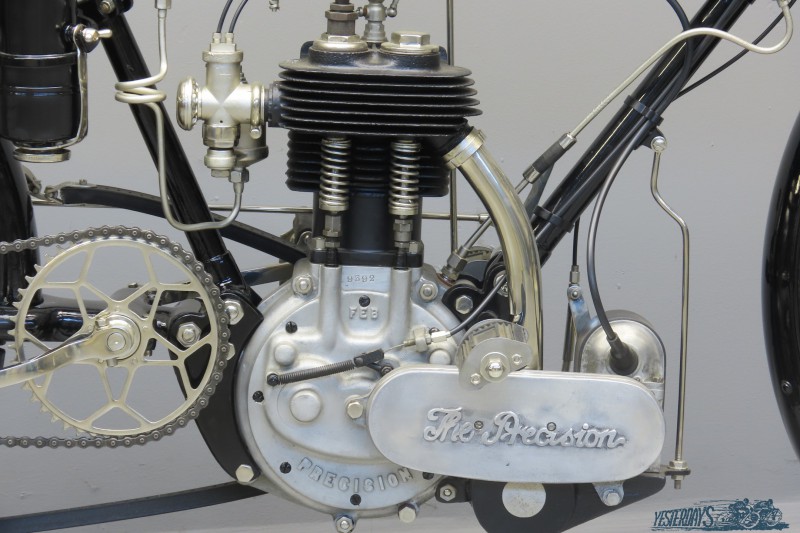 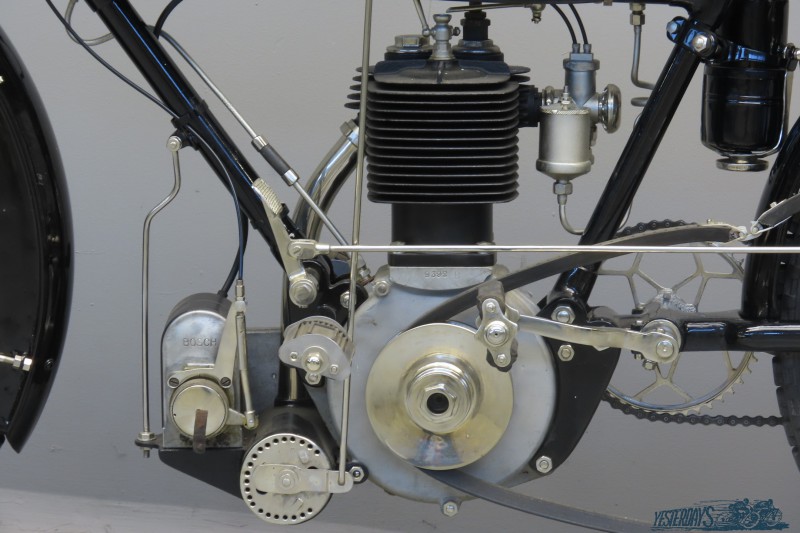 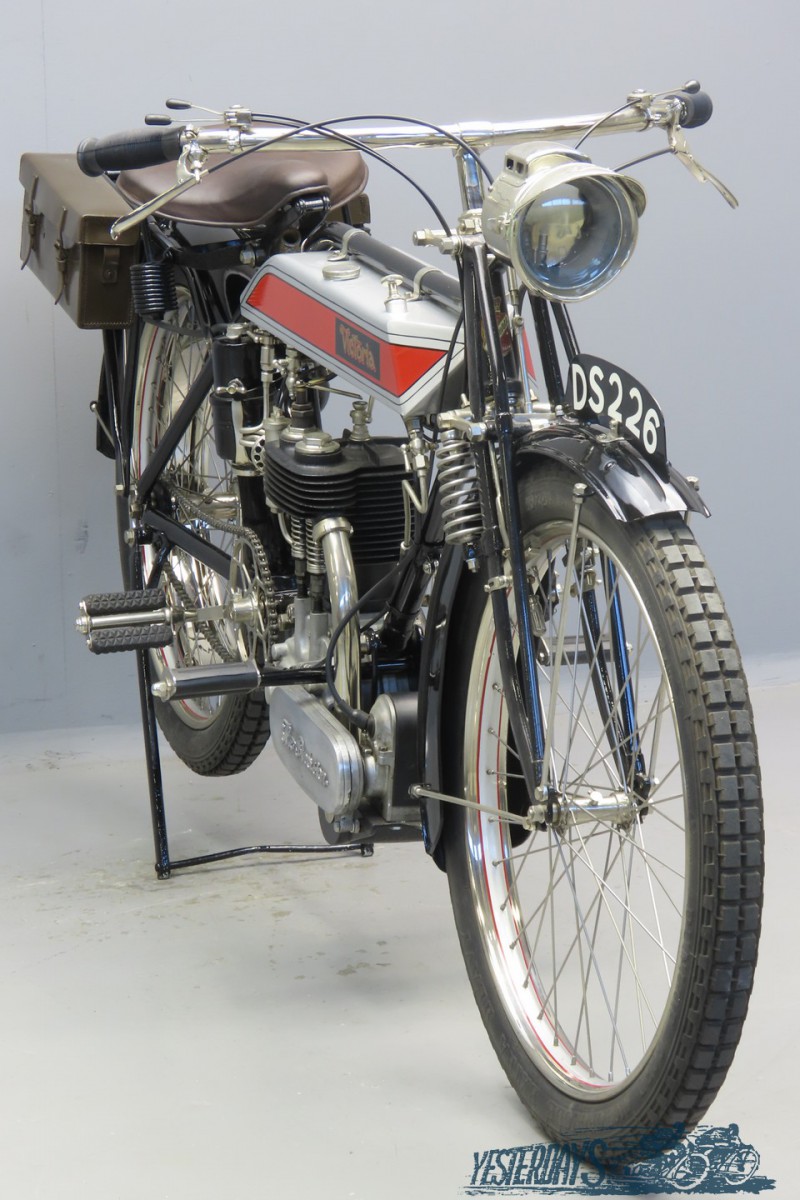 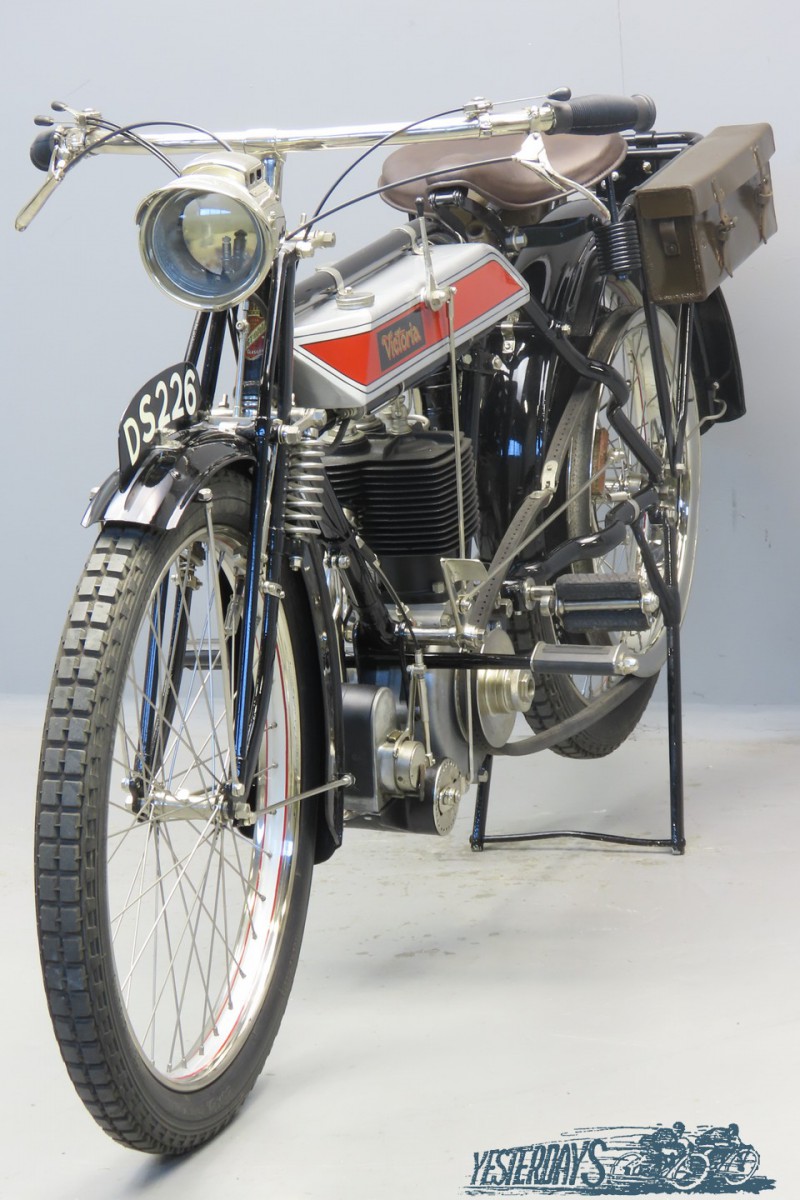 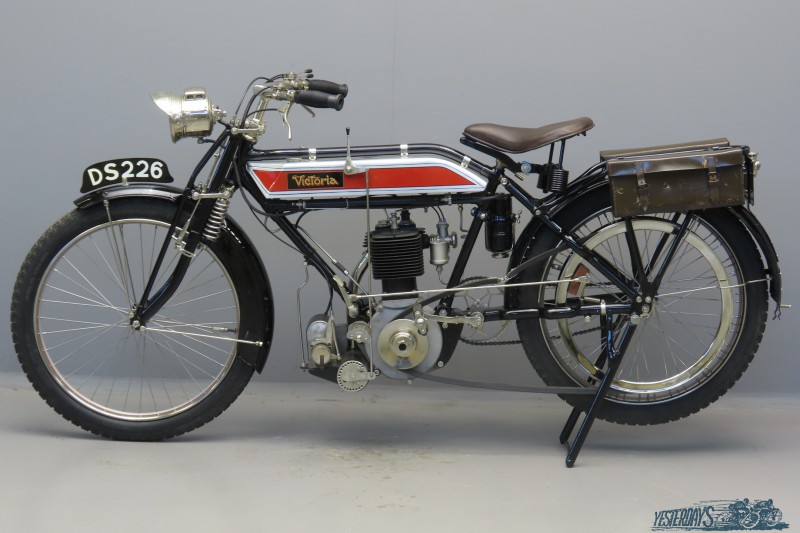 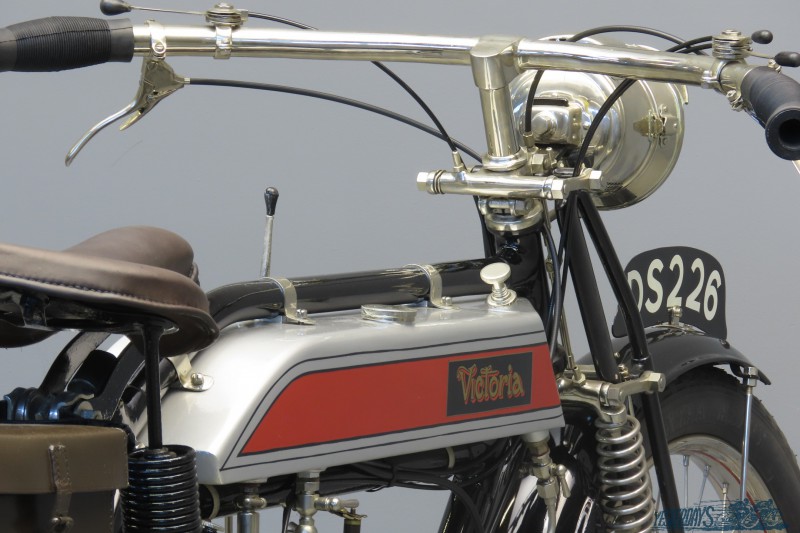 The “New Victoria” Cycle Manufacturing Co. of Scotland was based in Craigpark Street and 367 Alexandra Parade in Dennistoun, and had premises at 71 Cathedral Street and 78-82 Hanover Street in the centre of Glasgow.
They started out making bicycles in the late 1890’s and customers could watch their bicycles being made there.
The firm subsequently changed its name, first to the Victoria Manufacturing Co., and later to The Victoria Motor & Cycle Co., and diversified into the manufacture of motor cycles around 1902. The firm was to become Scotland’s biggest motorcycle manufacturer.
Initially Clément and Zédel engines were used and around 1910 the company turned to F.E. Baker’s Precision power sources.
By the outbreak of war in 1914 Victoria offered a wide range of machines fitted with the well-engineered and popular Precision engines: no less than 9 different models were available ranging from 2HP to 4 ¾ HP.
After the war production continued with mainly Villiers, JAP, and Blackburne engines, until the company’s demise in 1926. Information on the firm and its products is rather scarce.
A good source of information is Robin Taylor’s website www.bawdeswell.net/victoria .
Robin has recorded 12 surviving examples, about half of which are veterans.
One of these veterans is the machine we offer here.
It is powered by a reliable and sturdy 85x88mm Precision engine with the typical squared-off cylinder and has direct drive from the crankshaft to the rear wheel.
The machine has been restored with care and has the usual quality fittings for the veteran period such as Druid front forks, Bosch magneto, Brooks saddle and Amac carburettor.
Accessories include Powell and Hanmer acetylene lighting system and practical leather tool boxes.