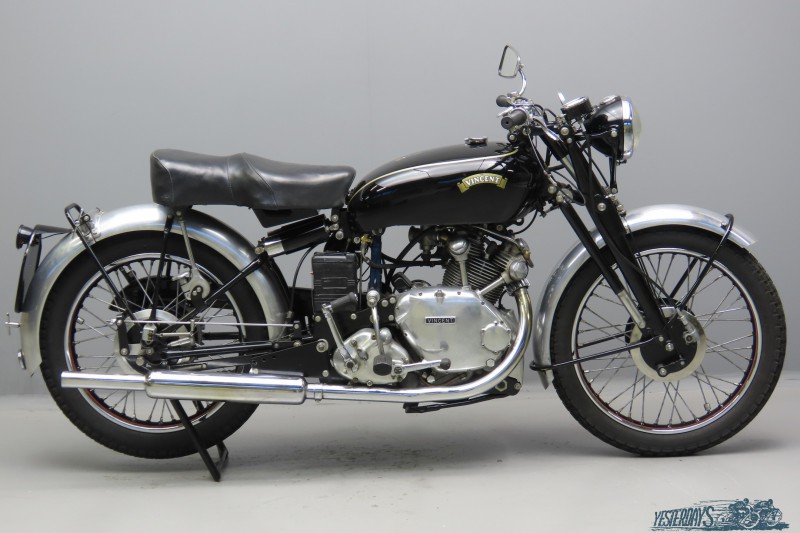 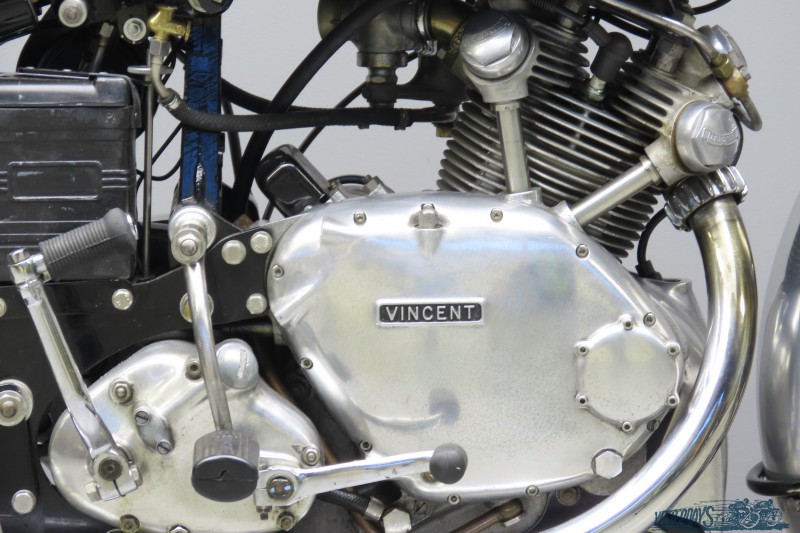 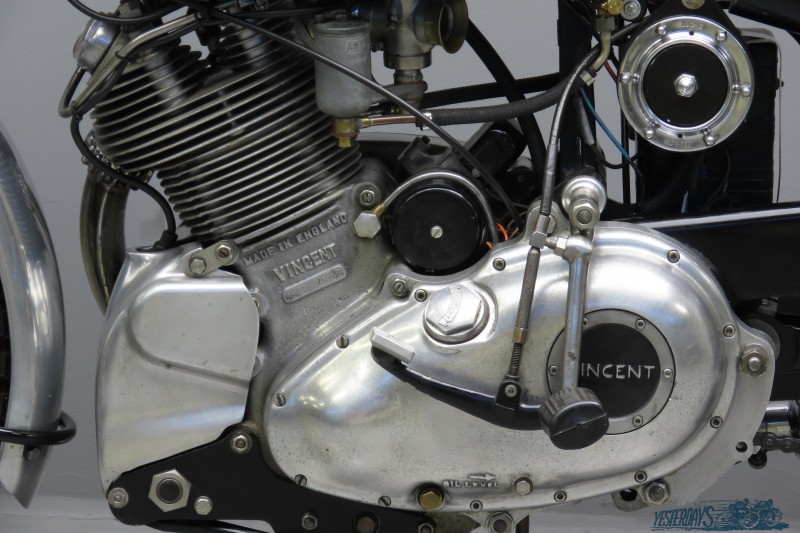 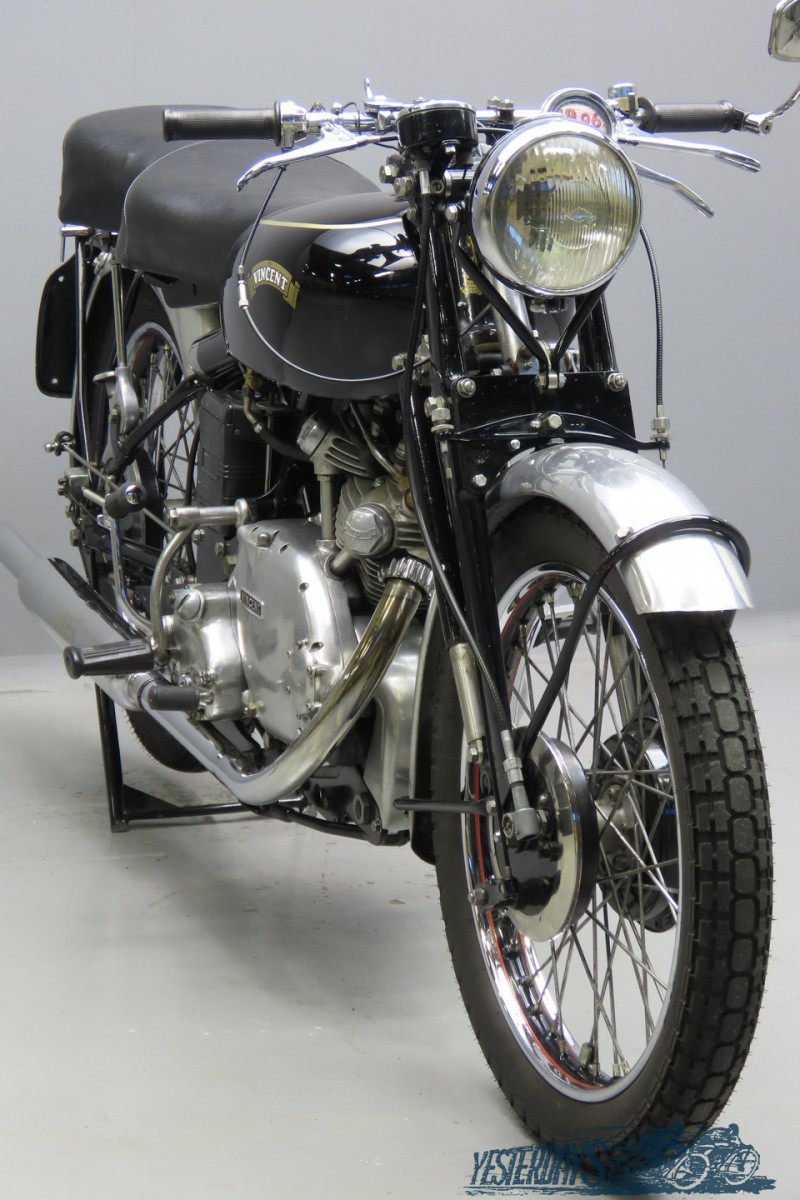 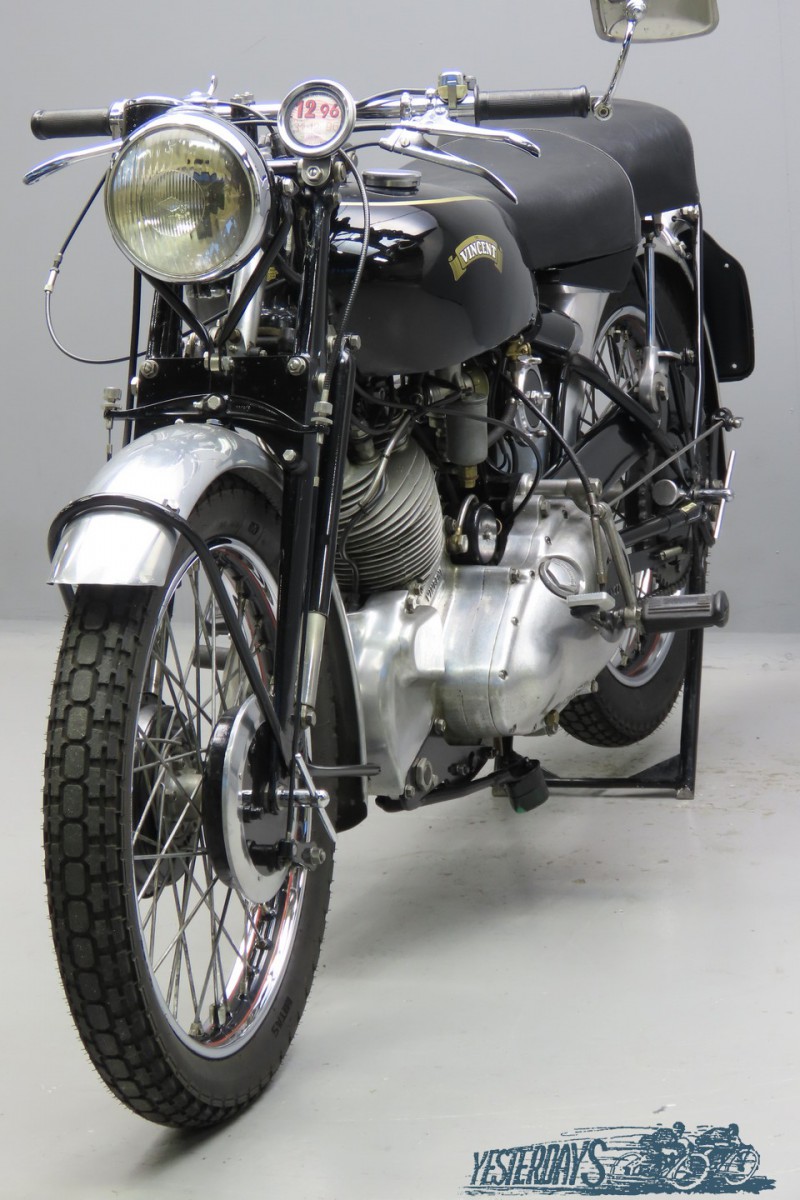 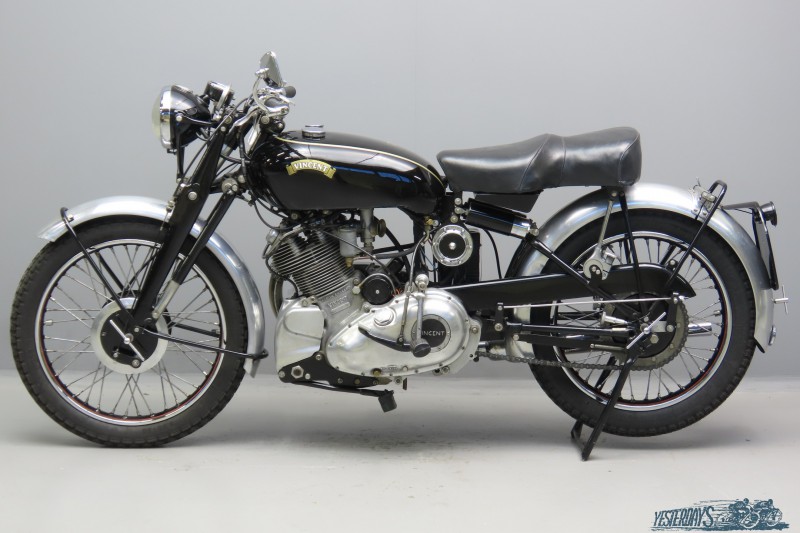 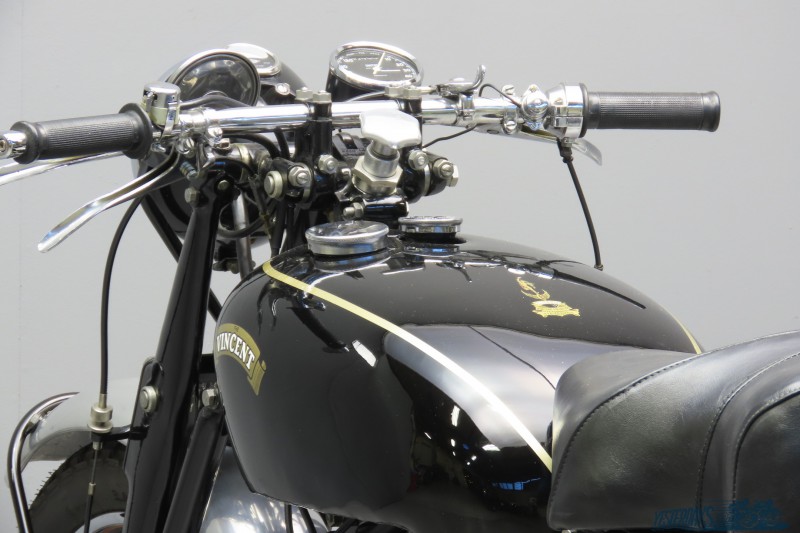 Since his schoolboy days Philip Vincent had been a great admirer of Howard Raymond Davies, who had begun manufacturing HRD machines at Wolverhampton in 1924.
While studying mechanical engineering at Cambridge Vincent built his prototype Vincent Special that already incorporated the strong triangulated and braced sprung rear fork that would remain a feature of all Vincents-to-come.
In 1928 Vincent acquired HRD Motors Ltd. and formed the Stevenage-based Vincent-HRD company; JAP and later on Rudge Python engines were used.
In 1932 Phil Irving joined the company and by the end of 1934 the Vincent/Irving designed 500cc Comet engine was presented. It featured a high camshaft and short pushrods angled at 62 degrees.
The makers guaranteed a 90 mph top speed.
The war stopped motorcycle production for a number of years: in 1949 the series C Comet came out ( there never was a series B).
In 1950 HRD disappeared from the logo; the machines were renamed “The Vincent”. Production of all Vincents finished by the end of 1955.
Its creator was an uncompromising perfectionist who refused to build his machines down to a price; a Comet would cost about 50% more than a Norton ES 2…

Motor Cycling published a road test of the Comet in its issue of January 26, 1950.
Regarding the road holding the tester mentioned: “But it was on de-restricted highways that the machine really came into its own and provided an exhilarating performance that could be enjoyed to the full.
High footrests force a tall rider to adopt a semi-crouching position that is ideal at road speeds in excess of 60 m.p.h. and is one that adds confidence under these conditions.
The rear suspension ironed out road bumps in a most satisfactory fashion and both front and rear wheels adhered firmly to the road in all circumstances.
Confirming the manufacturers’ claim the ”Girdraulic” forks held the front wheel steadily on any line chosen without a trace of waver and it would appear that the performance characteristics of the forks improve as the speed rises.”
This unconventional Sports single is fitted with a 120mph Smiths speedometer.
She has been meticulously restored and is an excellent runner.