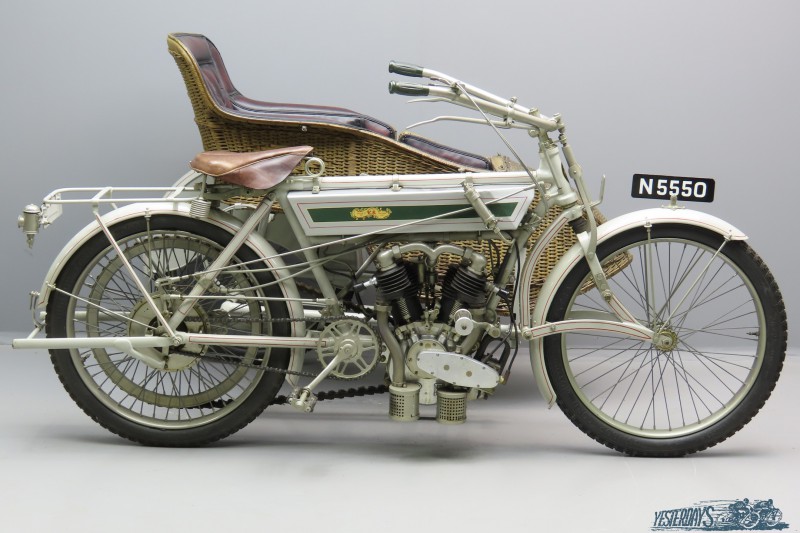 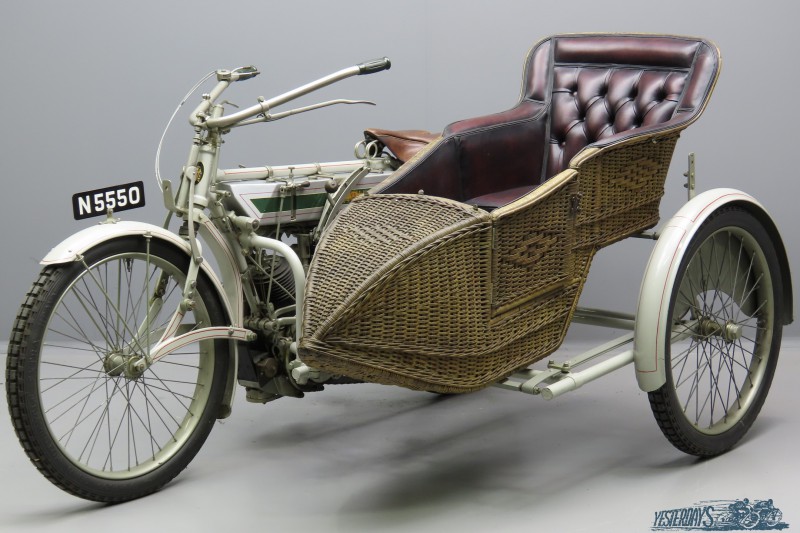 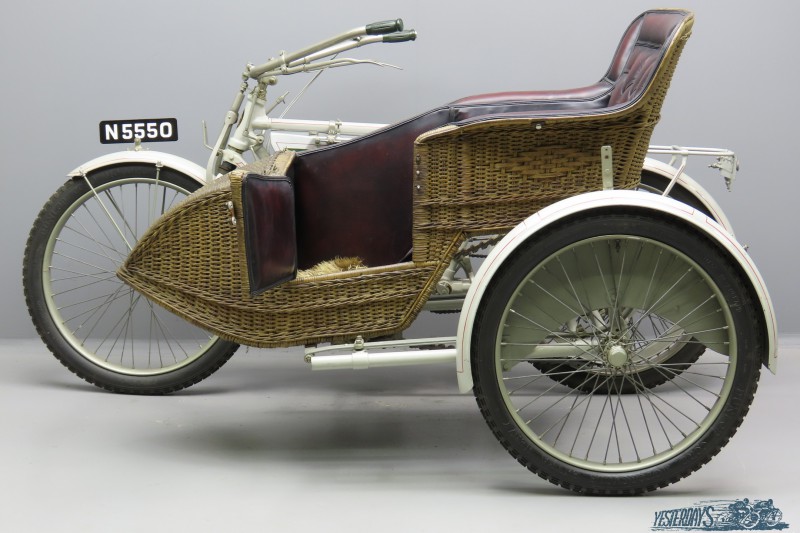 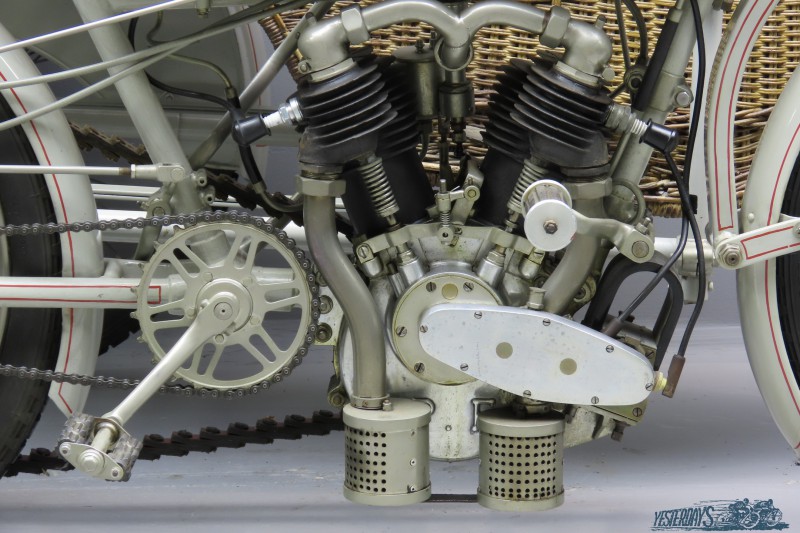 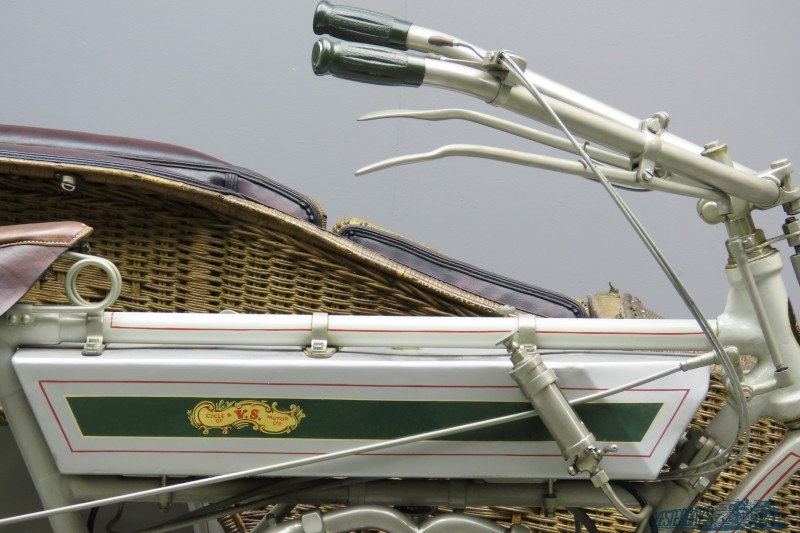 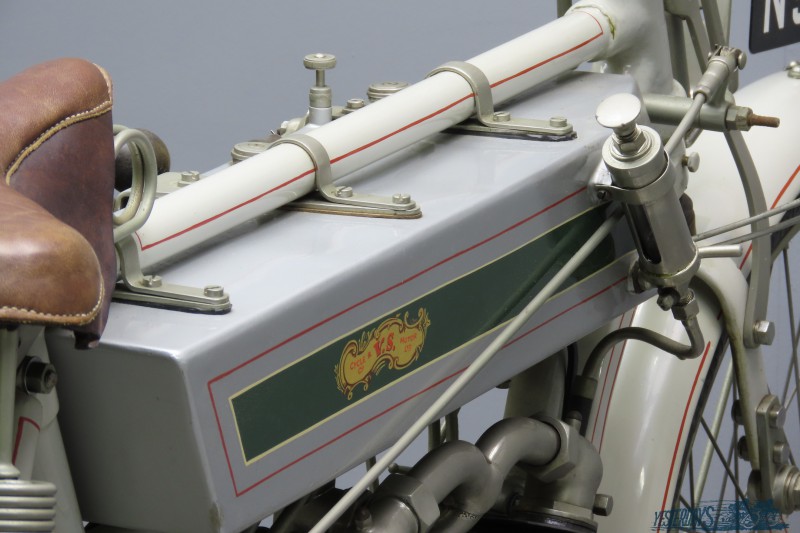 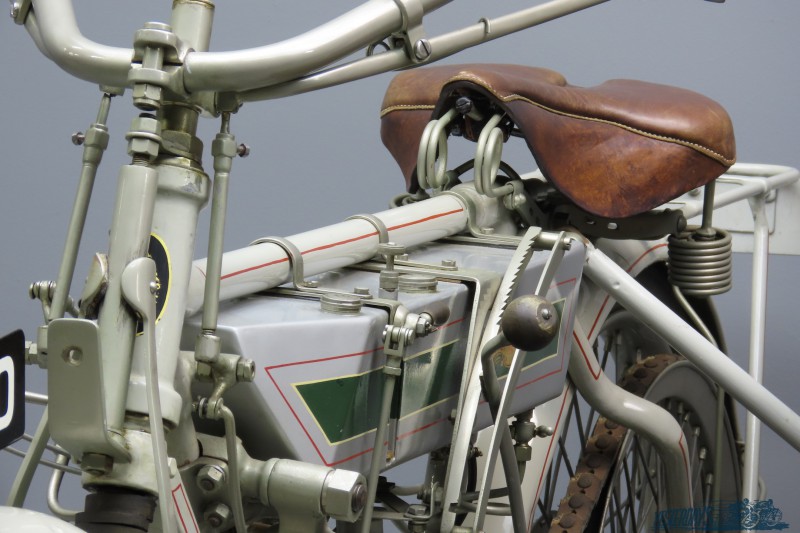 Not to be confused with the British-made Vindec, the Vindec Special was built in Cologne by the Köln-Lindenthaler Metallwerke AG, which also marketed its products – cycles, cars, motorcycles and sewing machines – as ‘Allright’ (Allreit). Vindec Special was distributed in the UK by the South British Trading Company under the guidance of William ‘Billy’ Wells, who was later to handle the import and sales of Indian motorcycles with great success in Britain, Europe and the Colonies.
The Vindec Special was first exhibited at the 1903 Stanley Show in London.
That machine was powered by a Belgian 2¾ hp FN engine, but by 1907 the 5hp Peugeot v-twin engine had been adopted.
The French-made Truffault leading-link front fork was a notable feature, as was the reliable Bosch high-tension magneto.
Thanks to Billy Wells’ competition successes, and favourable press reports by journalists such as Ixion, who described the machine in glowing terms, the Vindec Special earned itself an enviable reputation.
It was in the 1907 Tourist Trophy race on the Isle of Man that the Vindec Special first caught the public’s attention, when Billy Wells rode his Peugeot-engined, 5hp v-twin to a distinguished 2nd place in the Twin-Cylinder class behind Rem Fowler’s similarly-powered Norton.
Another Vindec Special, ridden by J A Dent, finished 4th. In 1909 the make’s name was abbreviated to V.S., to avoid confusion with the Vindec name that Brown Brothers used for their bicycles.
This superb 1909 5hp model is powered by the Peugeot Frères V-Twin engine with atmospheric overhead inlet valves and mechanical exhaust valves. It features Truffault forks, patented by Georges Truffault in 1902.
Fuel is supplied by a Brown & Barlow carburettor and final drive provided by belt.
The machine enjoys the benefit of a two-speed hub gear.
Additional equipment includes a Brooks saddle and a Dependence rear lamp.
The left side handlebar lever controls the valve lifting system, the right hand side lever operates the brake.
On the left side of the engine there’s a foot pedal for additional brake control.
This remarkable outfit is complemented by a wonderful, period, single-seat, wicker sidecar with deep-buttoned maroon leather upholstery.
In all a most magnificent outfit from the Pioneer era .