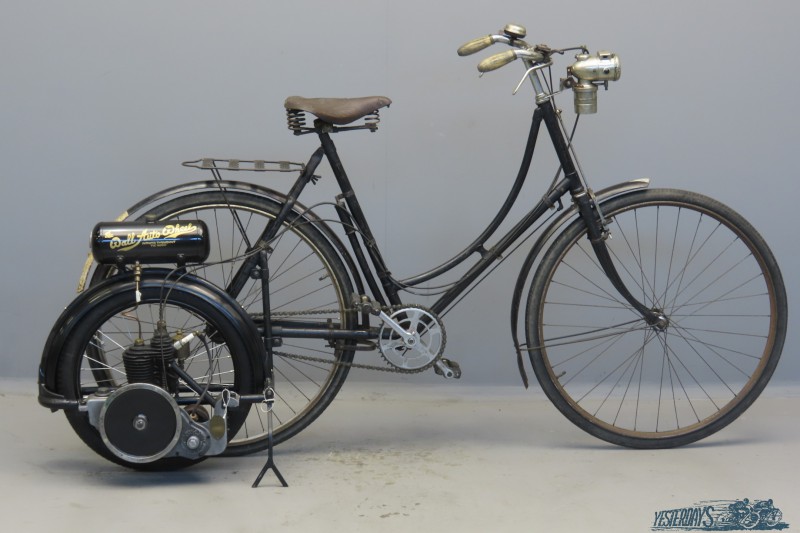 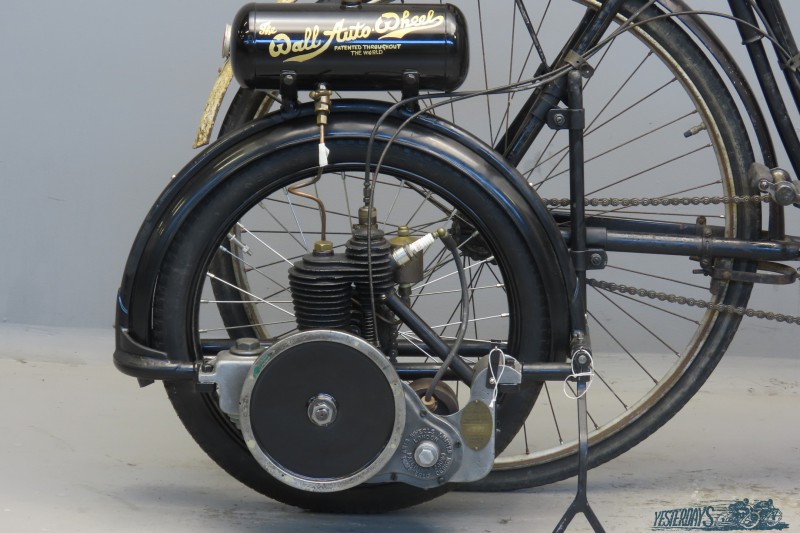 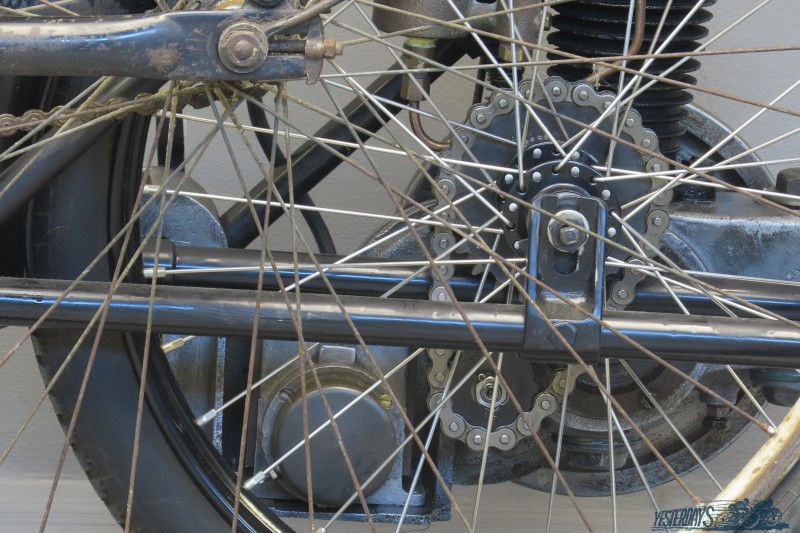 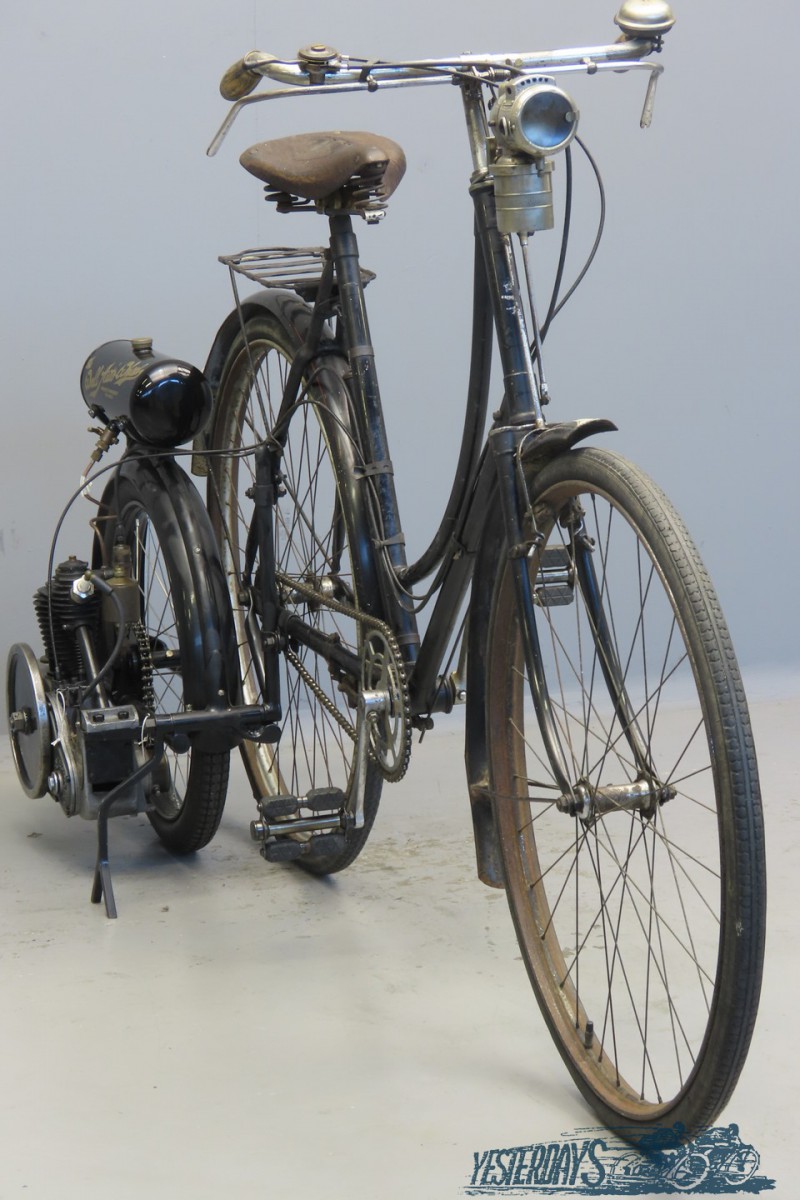 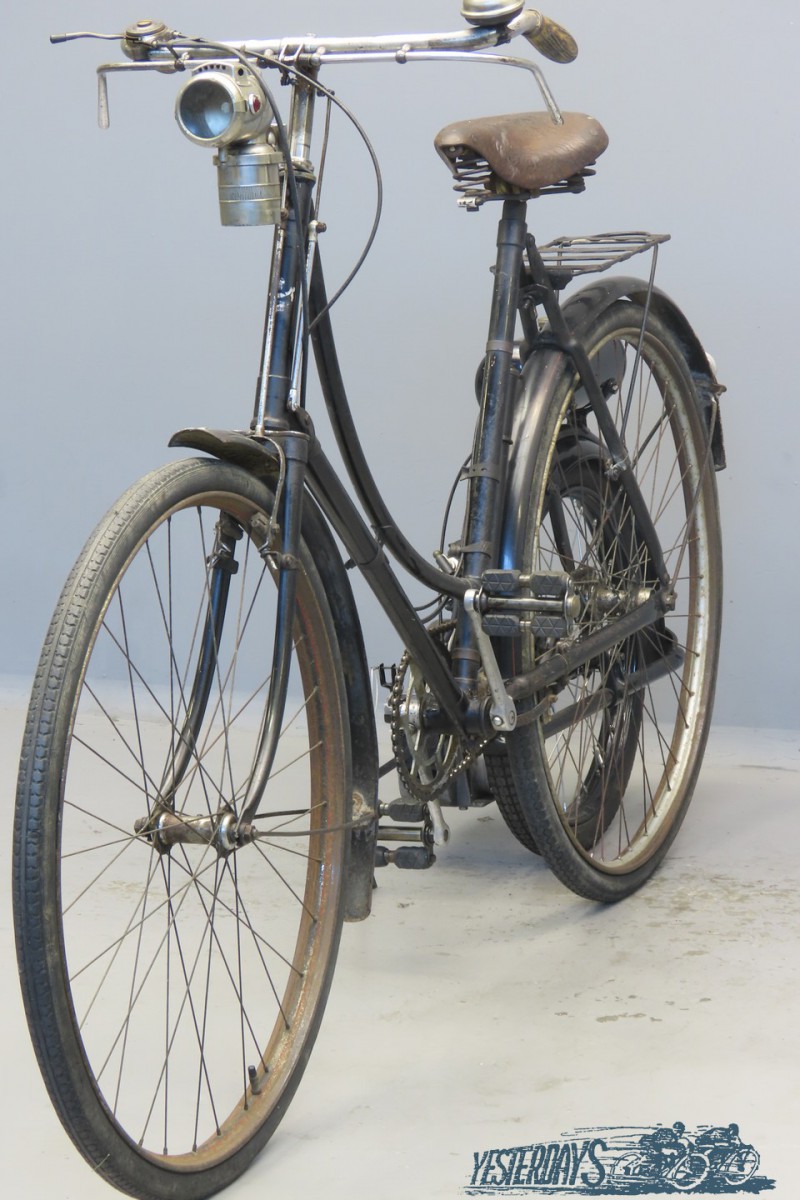 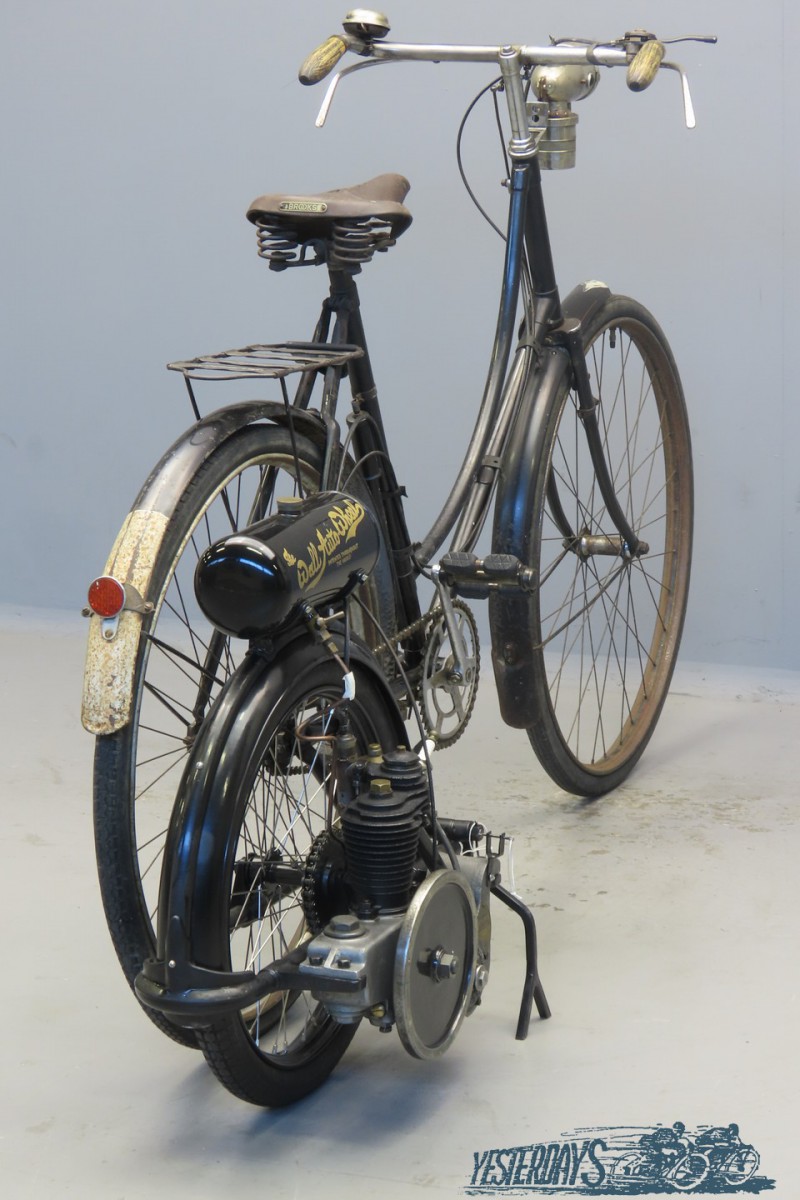 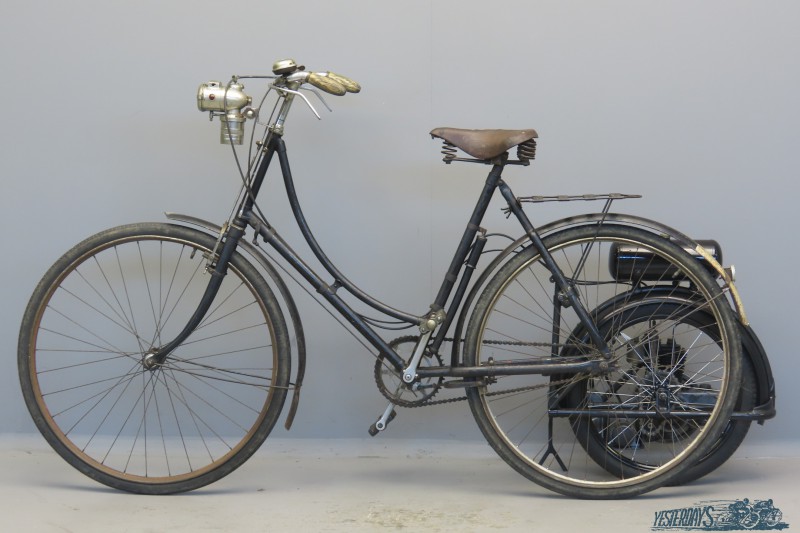 Mr. A. W. Wall produced various types of motorized vehicles in the ROC Motor Works in Birmingham.
The company was financed by the famous writer Sir Arthur Conan Doyle.
Initially Precision-engined motorcycles were built with very long frames that could be equipped with two speed gears of ROC manufacture. Around 1910 a three wheeled vehicle was marketed, the Wall Tricar. About that time Wall ventured in the field of auxiliary engines by bringing out the Autowheel, a drive unit that could be coupled to a bicycle.

The catalogue introduction was promising and almost poetic:

“Good News, drudgery and fatigue are for ever ended! Never more will you feel “fagged out” ten miles from home.
No need now to tramp on foot wearily trundling your cycle uphill.
Never again need you battle breathlessly awheel in the teeth of a gale.
No more overstrain when cycling at high speed.”

The Autowheel became popular and thousands were sold in the years before World War 1.
Word has it that the aluminium engine castings were produced in Belgium.
Some notable differences between 1913 and 1914 models:1913 early units had tubular engine mounts front and rear, induction direct over the inlet valve and no silencer box on the front engine mount.
Later 1913 models had a platform engine mount at the back and tubular at the front.
1914 models have platform mounts front and rear, induction into the side of the cylinder block and an exhaust box in the front engine mount.
This Autowheel is in good condition and has excellent compression.
A new cast iron piston has been fitted and the magneto has been rewound.
The CWS cycle is in authentic, unrestored condition with elegant red lining and is fitted with Brooks saddle, FMC acetylene lamp, bell and tyre pump.
The Co-operative Wholesale Society Limited was a consumers’ co-operative that manufactured many sorts of products to members, including cycles and motorcycles.
This interesting veteran lightweight comes with Pioneer Certificate and copies of catalogue and overhaul instructions.