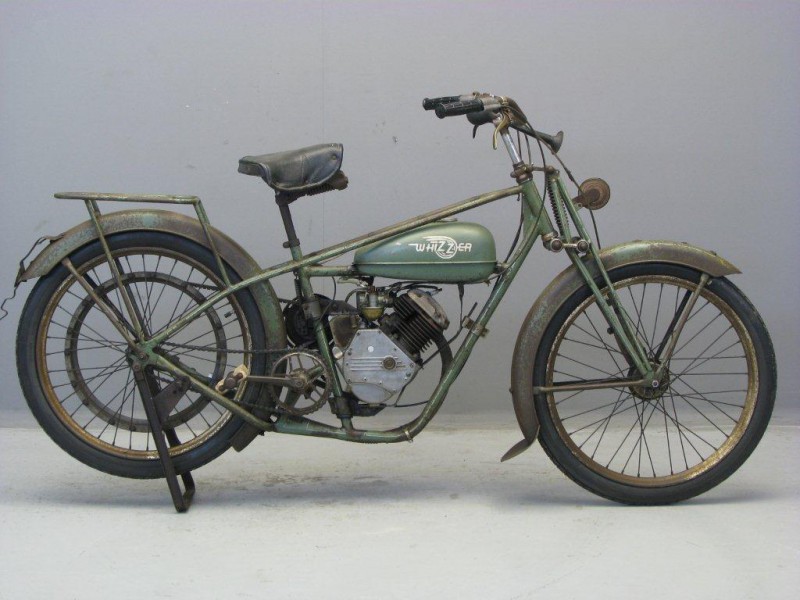 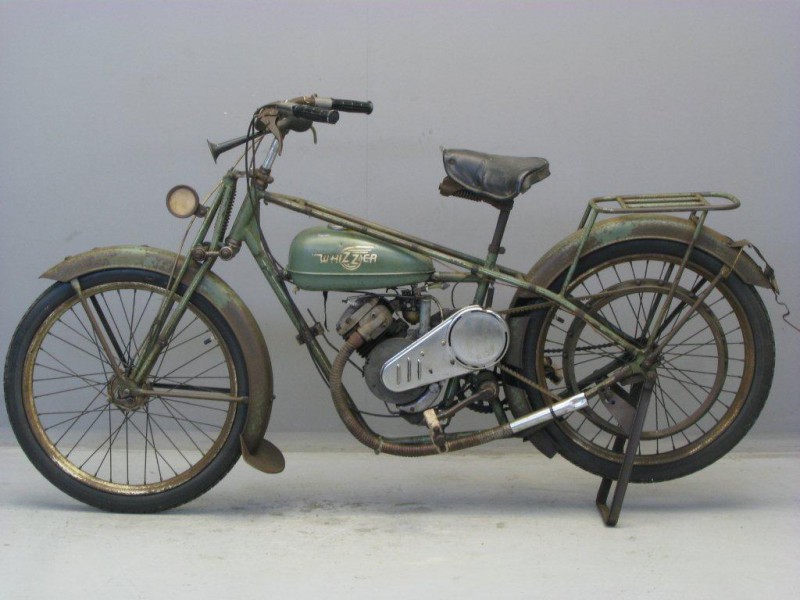 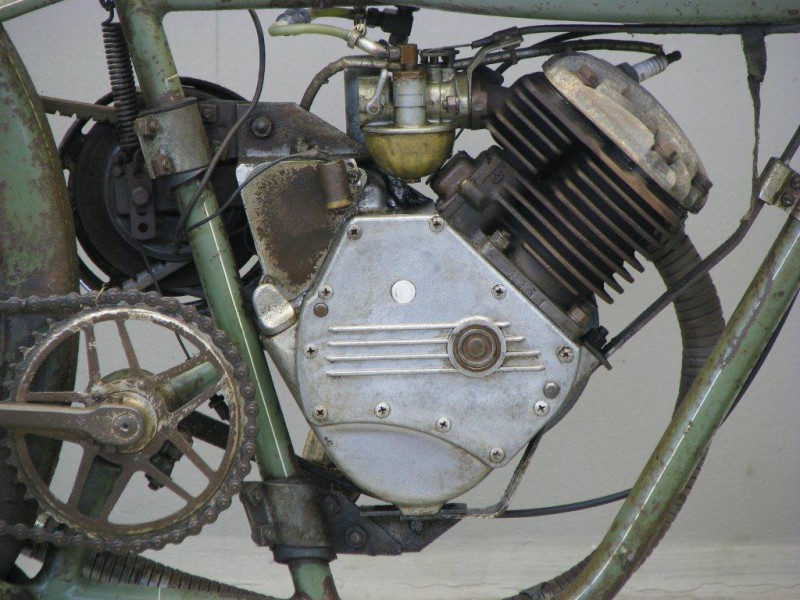 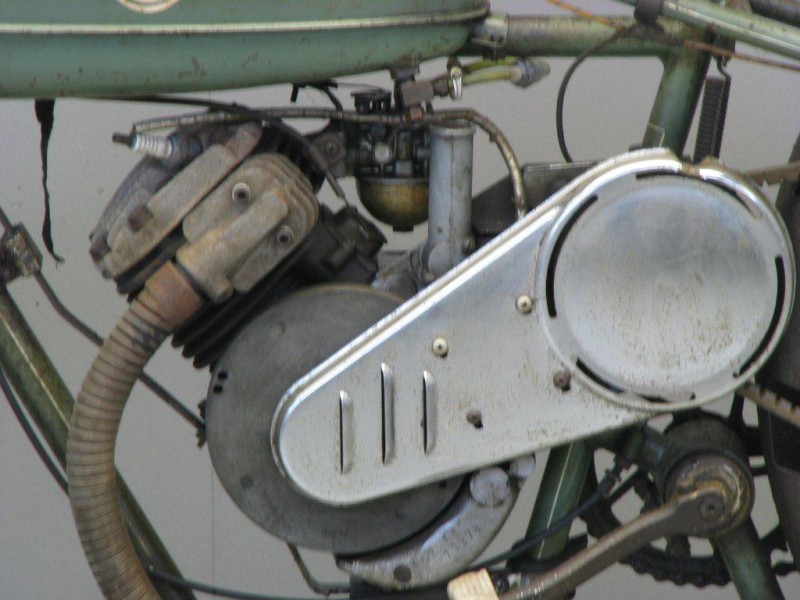 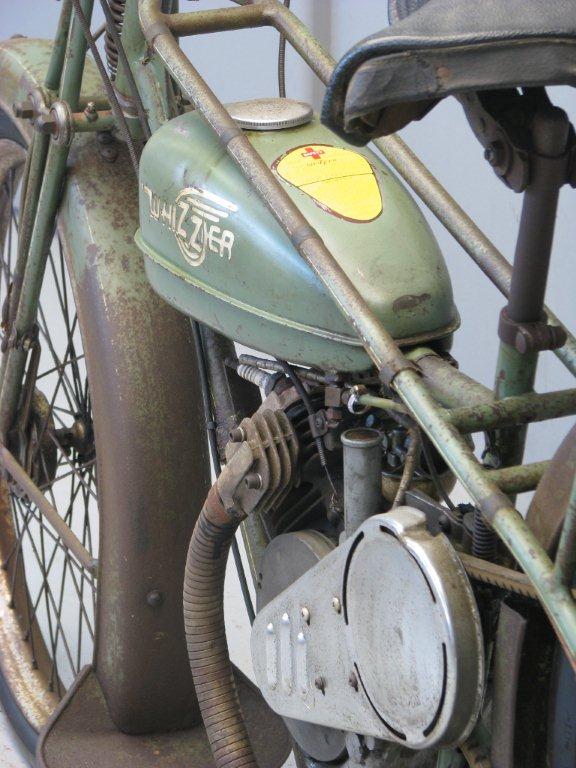 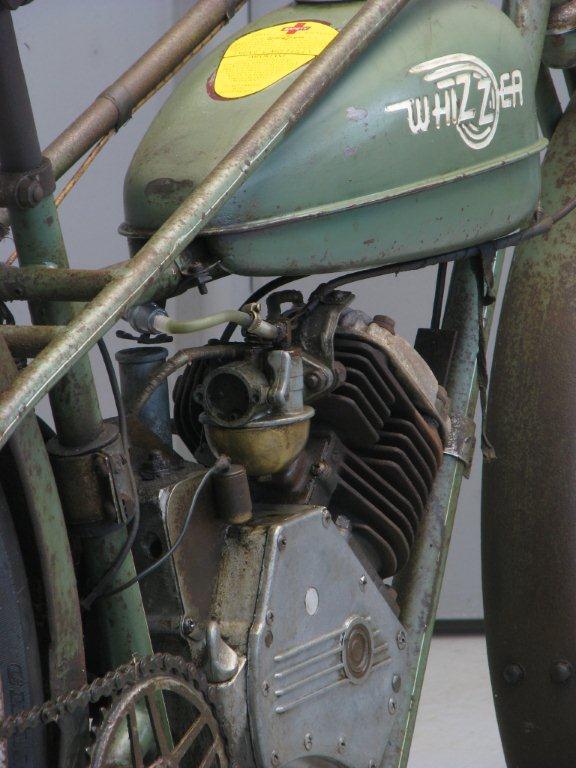 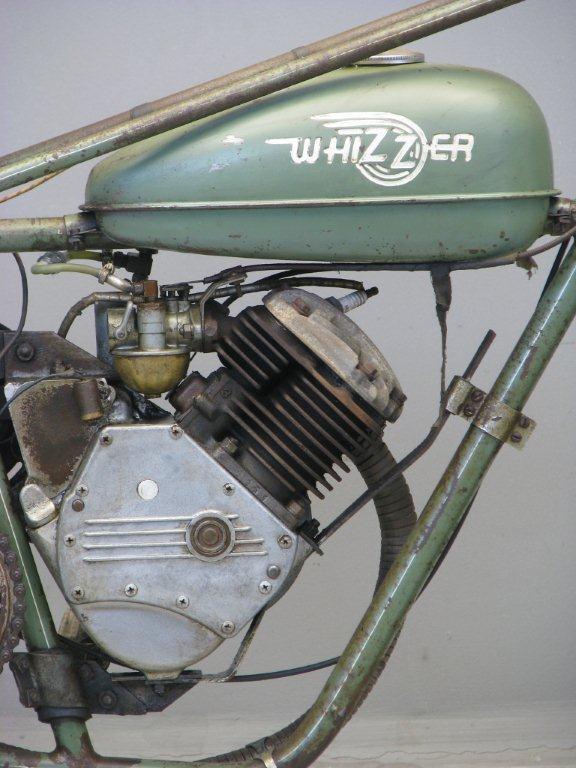 In 1939, the Breene-Taylor Engineering Corporation, a Los Angeles manufacturer of aircraft parts, began building engine kits for bicycles. Drive was transmitted to the rear wheel by means of a belt-driven friction roller beneath the bottom bracket.
The kits were sold to bicycle dealers under the Whizzer name. Owners of contemporary balloon-tire bicycles – usually a Schwinn – could also purchase the engine kits directly.
The package included the 2 ½ horsepower motor, compression release and throttle and clutch controls that were attached to the handlebars.
The Whizzer was immensely popular in its day, particularly with teenagers, but could not compete with more-modern Japanese lightweights and disappeared in the mid-1950s.
Today the Whizzer enjoys cult status and is highly sought after by collectors.
This Luxembourg assembled Whizzer is complete and original in all respects and is in an “oily rag” condition.