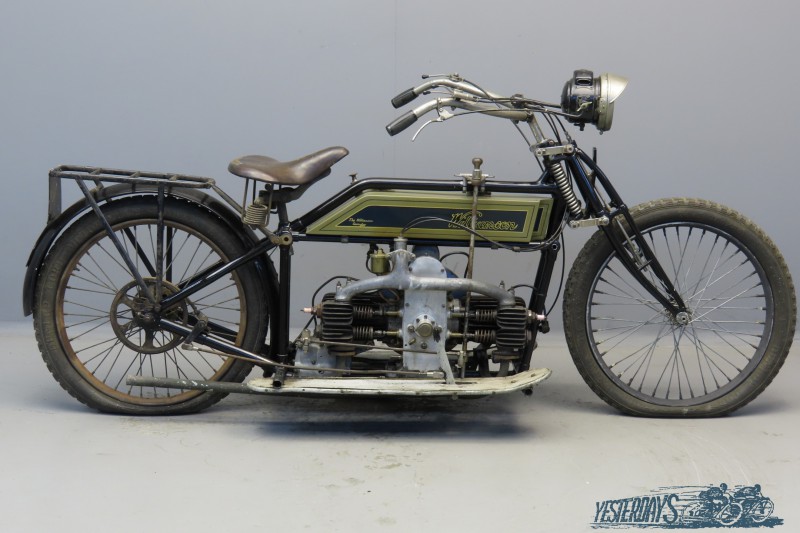 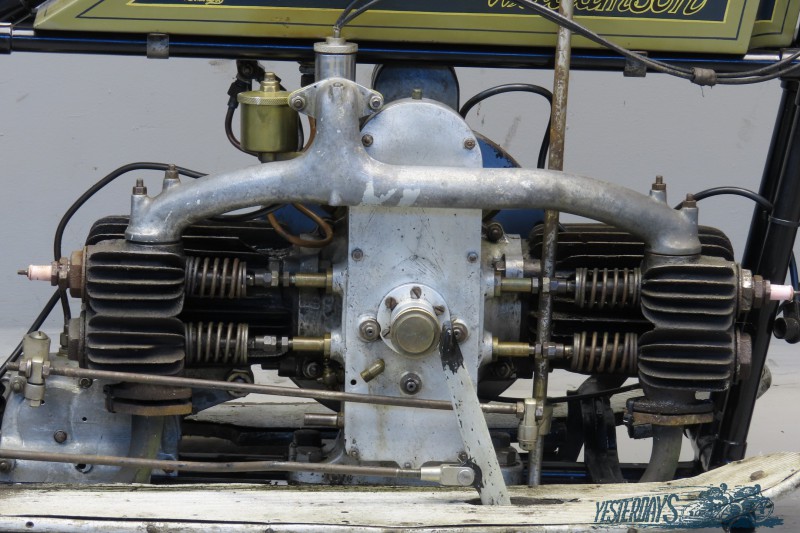 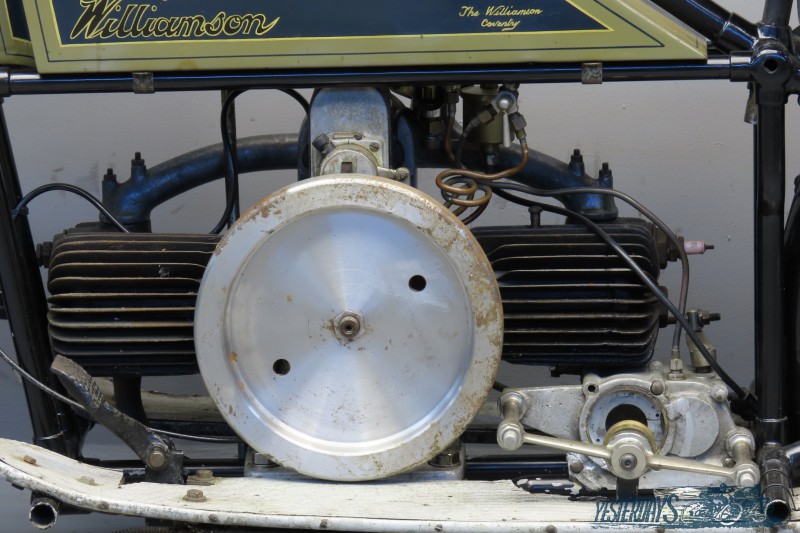 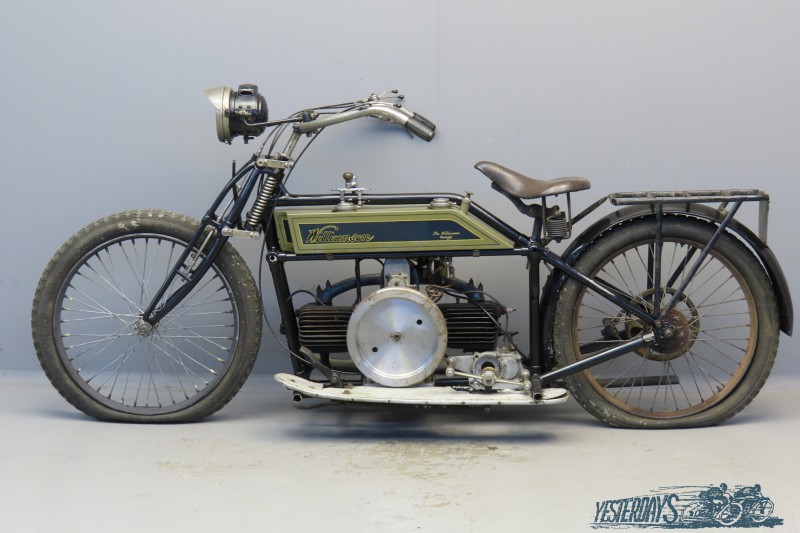 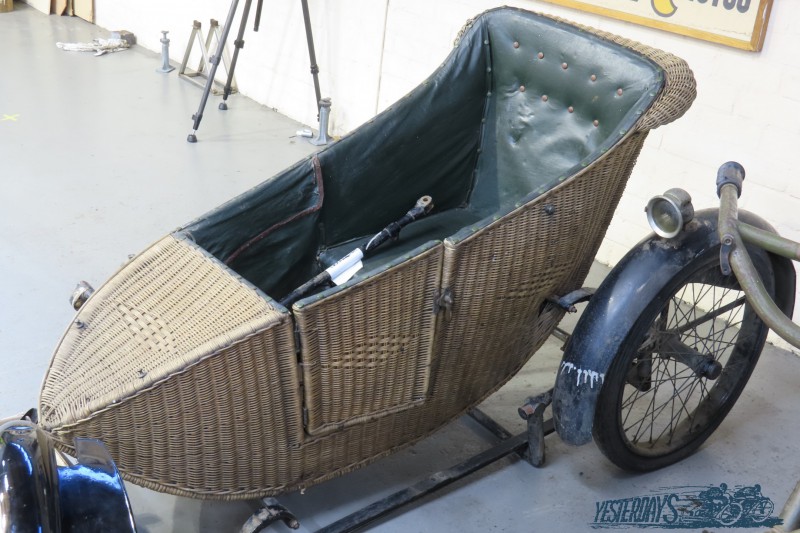 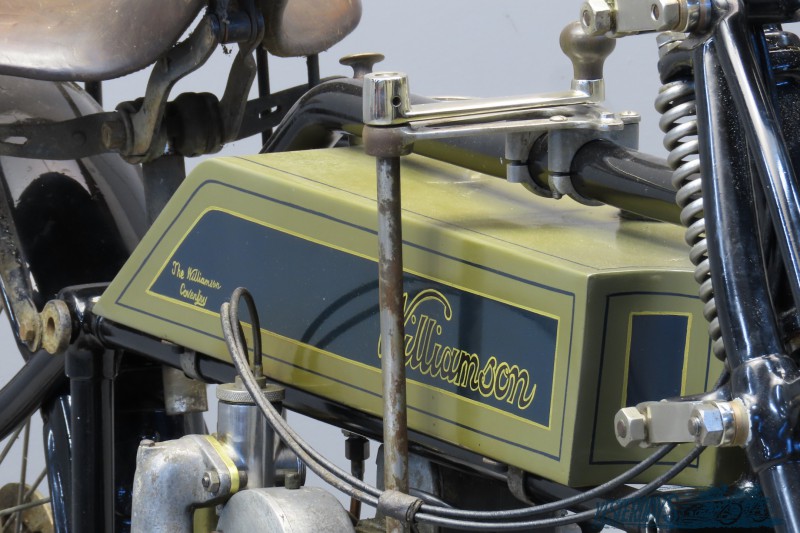 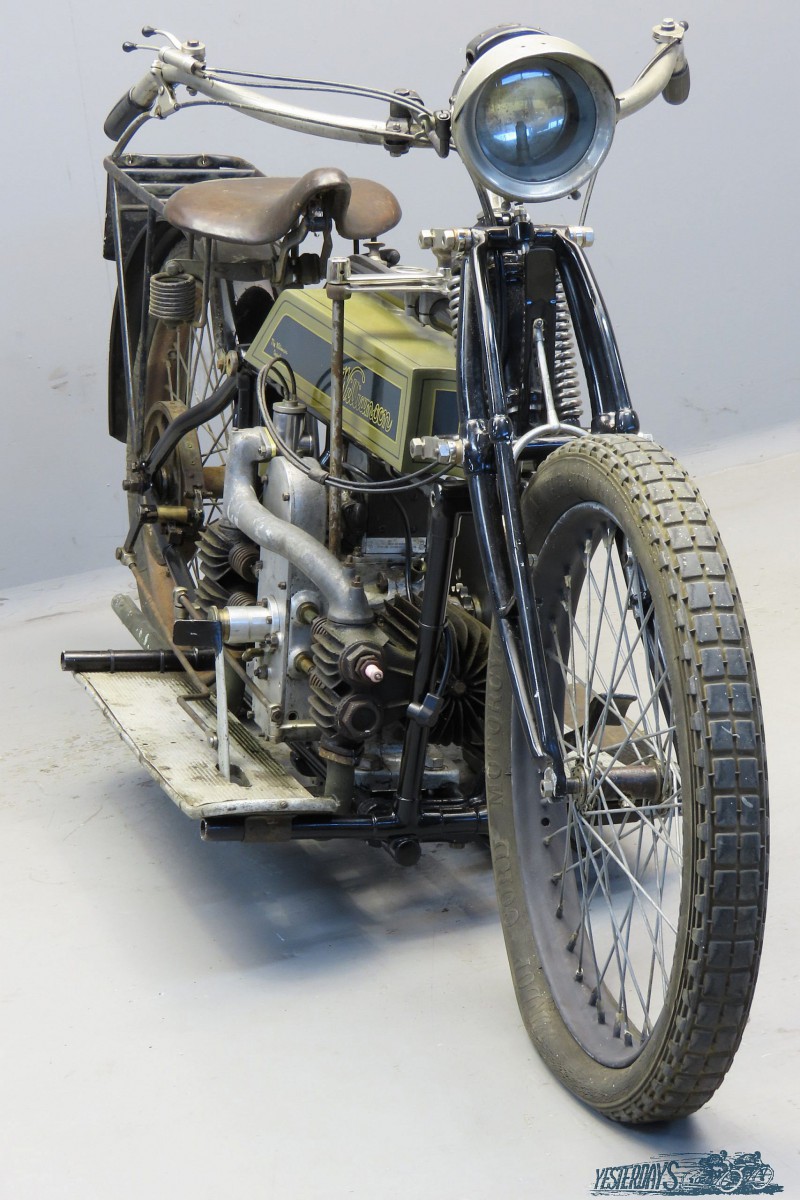 William (“Billy”) Williamson and his brother Harold had been employed by the Rex factory from the early years of the company’s existence. Rex was the biggest and most successful British motorcycle factory in the early years of the 20th century. Billy rose to the post of managing director, Harold was sales manager. In 1911 they left the company after a dispute with the Pilkington brothers who founded Rex in 1902. Harold went to the Singer car works to become sales manager, Billy set up shop as a motorcycle manufacturer; he founded the Williamson Motor Company Ltd that operated from premises in Moore Street, Earlsdon, only yards away from the Rex works. Billy designed a sturdy sidecar machine that was to be powered by a 964 cc Douglas engine that had recently been developed by the Bristol firm. As to its planned application there are different theories: one says it was for stationary purposes: the power plants were delivered to the Marconi Wireless Telegraph Company for use in coastal radio telegraphic stations. This stationary-engine connection makes sense because of the massive construction and initial water cooling of the Williamson power unit and the fact that is has a hand starting crank system that is often seen on such engines. The other theory however is that the engine was developed for use in the Douglas cyclecar that was launched in 1913. William Douglas and the Williamson brothers were cousins and William Douglas might have been one of the financers of the new company which might explain his willingness to supply the engines.
The 8HP engine had bore x stroke dimensions of 85 x 85mm and was available in air cooled or water cooled form. The machine had a two-speed gearbox with cone clutch that was also of Douglas manufacture. Shortly before the war brought the production to a standstill a three-speed gearbox became available as an option. After the war the 8 HP engine wasn’t available anymore and Williamson fitted a JAP V-twin but that was no success and production ended in 1920.
This rare survivor of a little known make was found by Mr John Dickens from Moulton on a farm in Somersetshire in 1952 and subsequently restored. Dickens worked for the British Timken Roller Bearing Company in their Duston machine tool room and rode the machine in the fifties in various vintage runs: the accompanying documentation file contains a photostat copy of the 1913 catalogue and several programmes of veteran rallies in which Dickens, mostly with his wife in the sidecar, took part. One of these was the “Rally de Paris” organised by the Sunbeam Motorcycle Club in May 1955 and the 1958 Pioneer run. There are a few dozen photos on file which show AP 2498 in action in various runs in the 1950s. In 1956 Pioneer Certificate no 257 was issued for the Williamson as shown by a post card from the Registrar, but the accompanying certificate is not part of the documentation. Dickens dismantled the Williamson in the eighties and the frame and forks got a new finish. The rest of the refurbishment wasn’t finished however and the machine remained in pieces till after Mr Dickens’ death. A new owner will have to finish the work that was started in the 1980s but we are confident the Williamson- that comes with wicker sidecar with good upholstery – is quite complete.