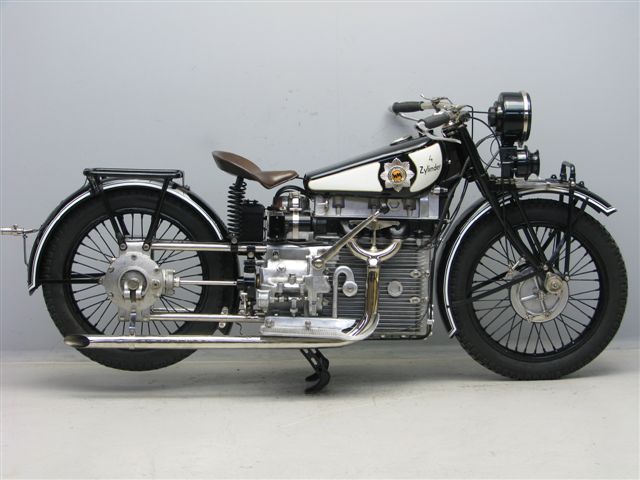 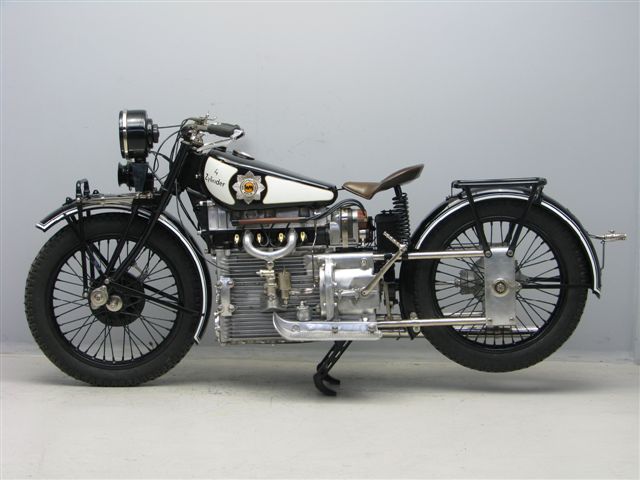 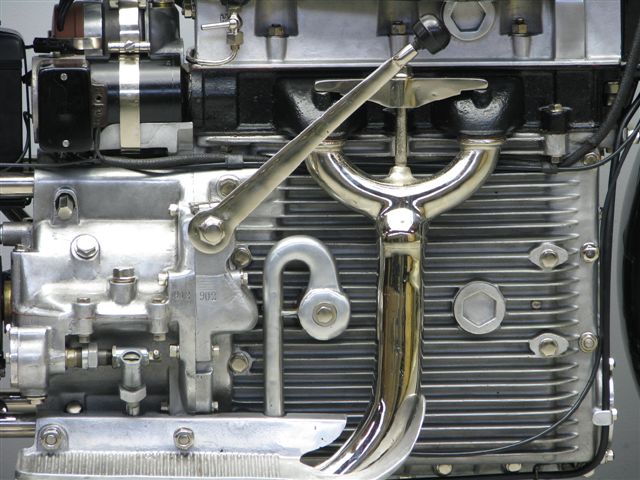 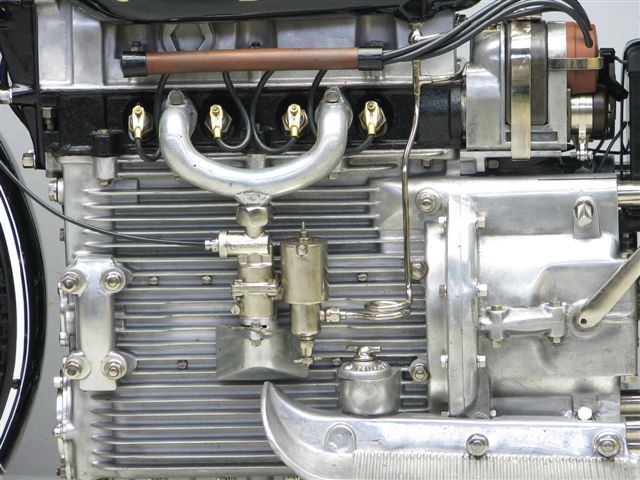 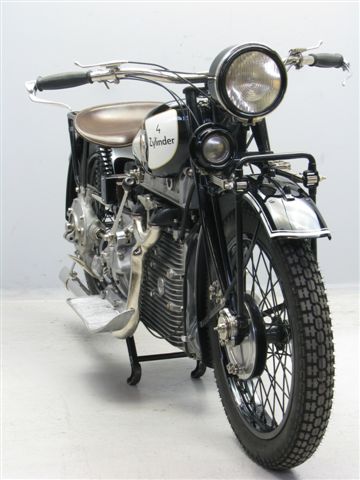 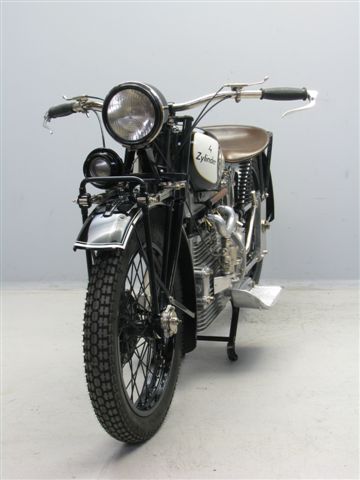 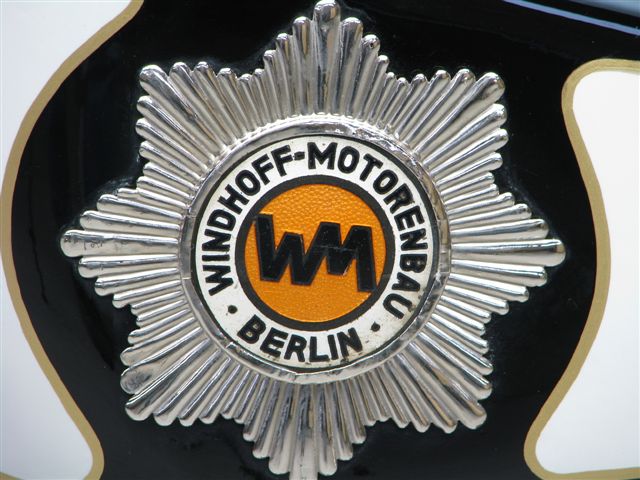 • One of the most innovative 4 Cylinder designs created
• Deemed the most unique, progressive and beautiful motorcycle ever made
• Complete and total restoration undertaken in 2007/8

Although both expensive and exclusive, four-cylinder motorcycles were not unknown in pre-war days – Henderson, Indian, Ariel and Nimbus being among the most successful – but few were as technologically advanced – or as imposing – as the German Windhoff. Introduced at the Berlin Show in 1927, the Windhoff Four must have seemed an unlikely departure for a firm hitherto associated mainly with two-stroke lightweights.
Hans Windhoff’s company was already established as a manufacturer of radiators for the automobile and aviation industries when it introduced its first motorcycle in 1924.
The first Windhoffs were powered by an advanced Bekamo water-cooled two-stroke engine that incorporated a pumping cylinder, an arrangement used successfully by DKW throughout the 1930s. This efficient and powerful engine went into a straight-tube frame, somewhat reminiscent of a contemporary Francis-Barnett, and the range expanded to include models of 500cc and bigger.

Then came the sensational Four designed by Ing.
Dauben, an automobile engineer who would later go on to work for Mercedes-Benz.
Arguably the most advanced motorcycle design yet seen, the Windhoff Four bristled with innovation, for not only was its overhead-camshaft engine oil cooled, it also functioned as the motorcycle’s frame.
The crankcase and cylinder block were combined in a monumental alloy casting, to which the steering head was directly bolted, while four straight tubes supported the rear wheel.
The latter was driven by shaft while the front was mounted in a leaf-sprung, trailing-link fork. Smoothly styled, with all its oil lines internal, Dauben’s engine was an over-square design of 63x60mm bore/stroke that produced its maximum output of 22bhp at 4,000rpm.
The unit was renowned for its smoothness and flexibility, enabling the Windhoff to be ridden at speeds as low as 6mph without snatch.

Such a complex motorcycle was necessarily expensive – the Windhoff was more costly than BMW’s top-of-the-range 750cc twin – and at a time of economic depression was never likely to sell well. Taking a leaf out of his rival’s book, Hans Windhoff introduced a BMW-like 996cc flat twin but that too was a casualty of those economically straightened times.
Admitting defeat, Windhoff turned his back on the exotic and returned to making two-stroke lightweights, but this time using Villiers engines built under license.
|Sadly, this venture too was unsuccessful and Windhoff gave up motorcycle manufacture entirely in 1933.

This rare surviving Windhoff Four’s second owner, a relative of the first and a medical doctor working in a small village near Stuttgart, Germany, re-registered the machine in 1959 intending to restore it.
However, due to illness the project was never proceeded with and the motorcycle was disposed of.
Benefiting from a complete mechanical and cosmetic overhaul carried out during 2007/08, the machine has 1959 German registration documents.
Although ultimately a failure, Hans Windhoff’s ambitious attempt to establish himself as a major motorcycle manufacturer resulted in one of the most remarkable motorcycles of the inter-war period.
The wonderful example we offer thus represents a possibly once-in-a-lifetime opportunity to acquire what, according to Erwin Tragatch, is the most unique, progressive and beautiful motorcycle ever made.