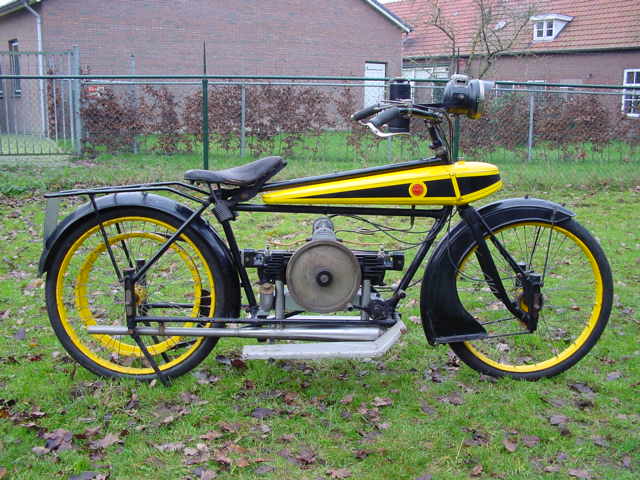 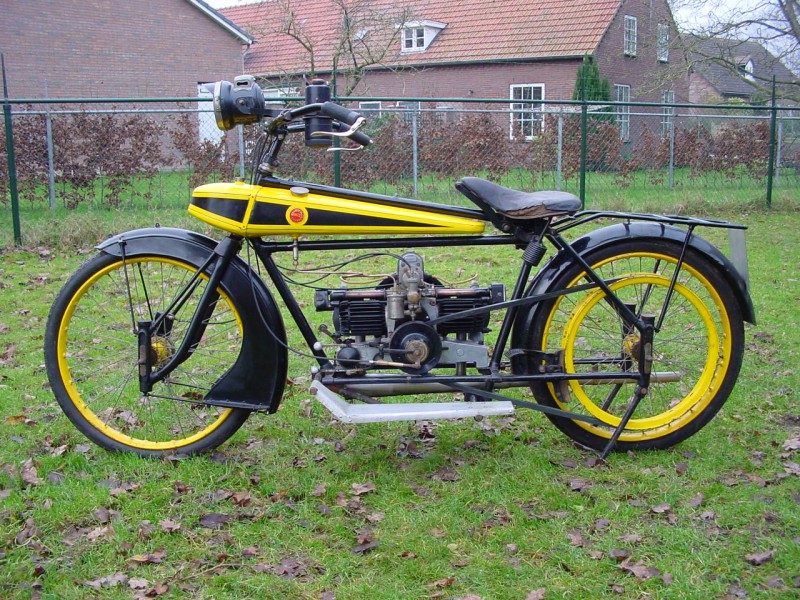 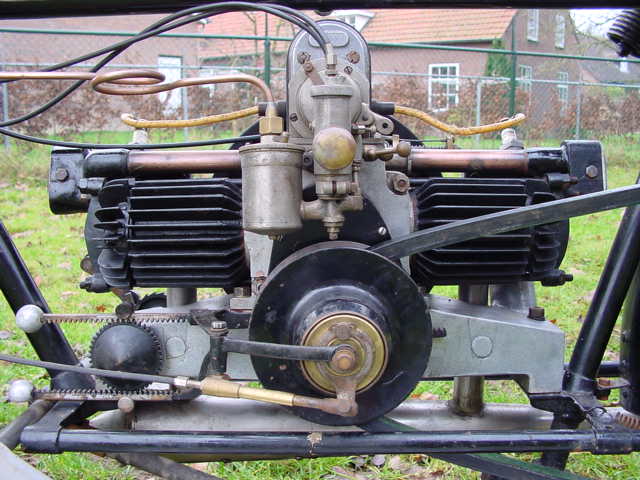 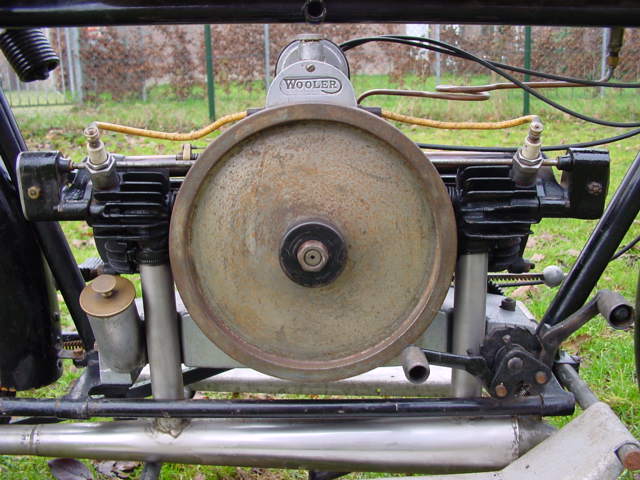 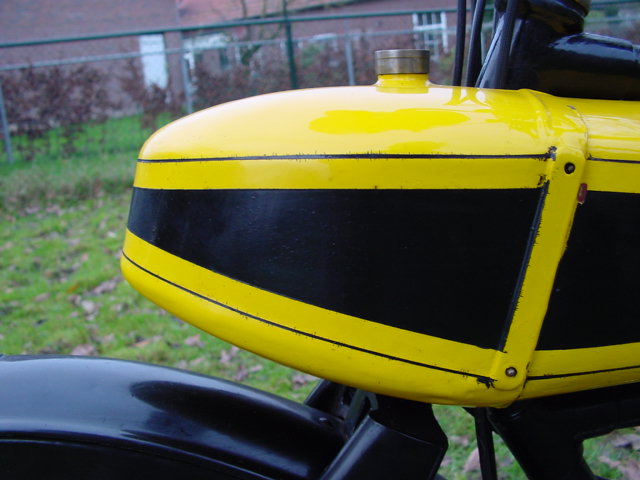 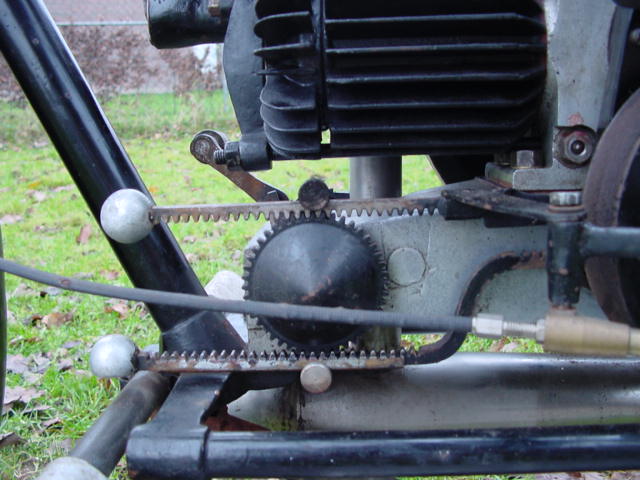 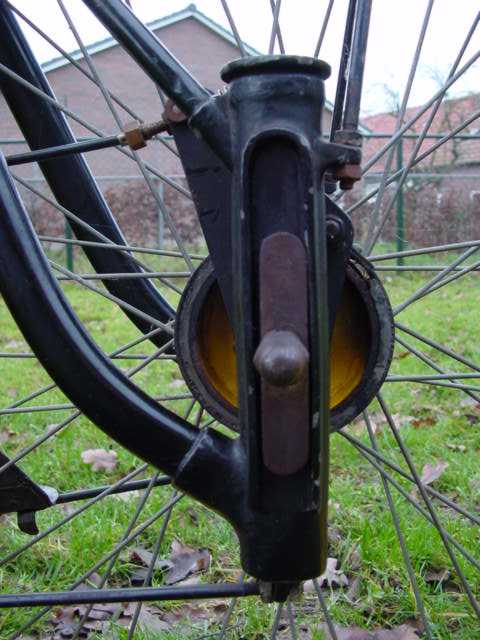 John Wooler was a designer with  many brilliant ideas and all his creations were unconventional.
His first product,  first presented at the 1911 Olympia Show, was a two stroke flat single with double ended piston and his last creation was nothing less than a transverse flat four, development of which began during the second world war.
This advanced design was shown in prototype form at the 1954 Earls Court Motorcycle Show, but it never really reached the production stage, probably due to high tooling costs.
During the first war John Wooler had prepared a redesigned version of his original design: it was now equipped  with a flat twin  four stroke engine with IOE valve configuration, and was available to the public in April 1919.
The fascinating thing with this motorcycle is that wherever you look, you find unconventional and often very advanced engineering solutions.
To name a few:  plunger suspension at both wheels, detachable spare petrol tank in front of steering head, cradle frame entirely built up from straight tubes, expanding pulley gearing system giving  9 preset ratios including  a neutral for traffic riding.
The oil is contained in a bolted-on sump  below the crankcase and is picked up by a chain that delivers the oil to the crankcase.
No old fashioned things like hand pumps on a Wooler! Another smart detail: a Wooler toolkit has only one spanner in it, because there are only two specific hexagon sizes on the machine.
And that Flying banana nickname? Well, just look at the shape and colour scheme of the petrol tank….