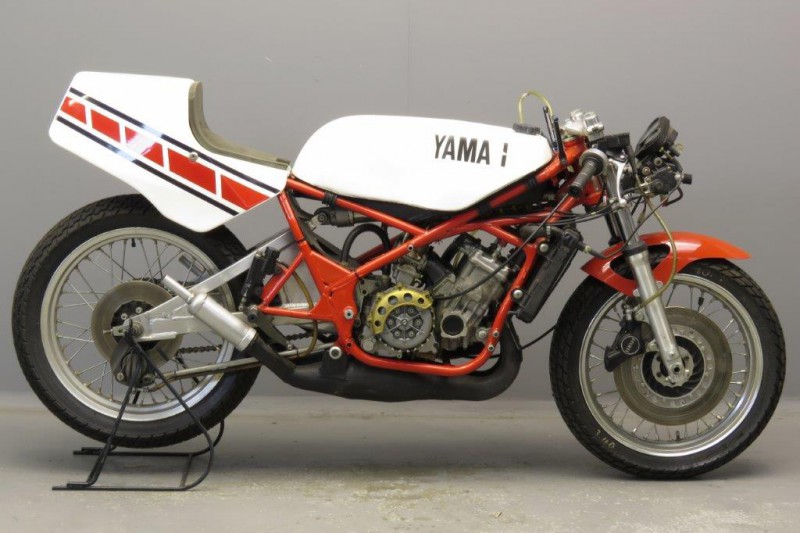 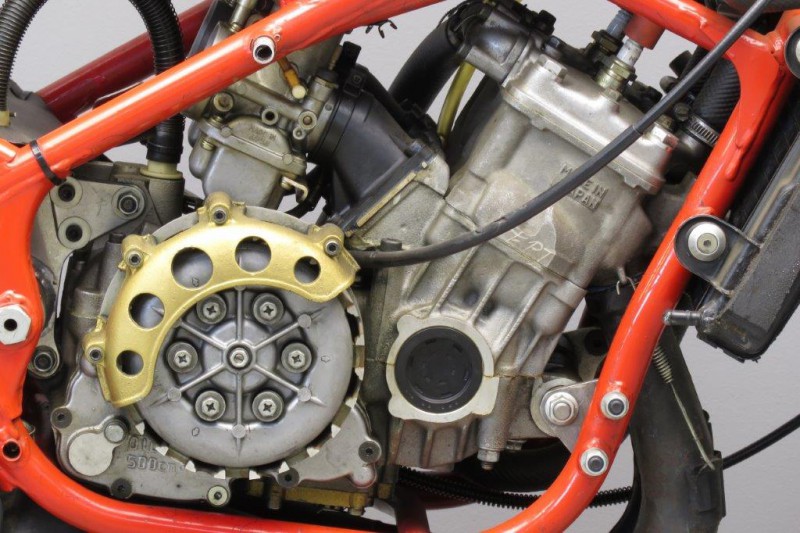 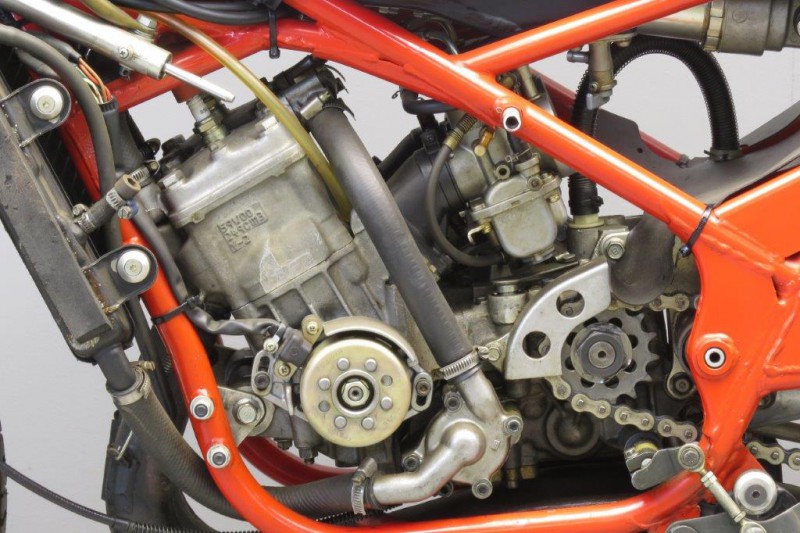 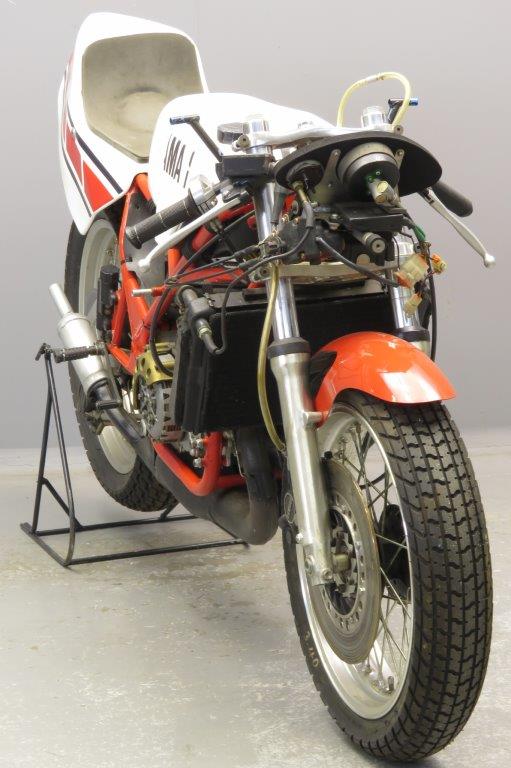 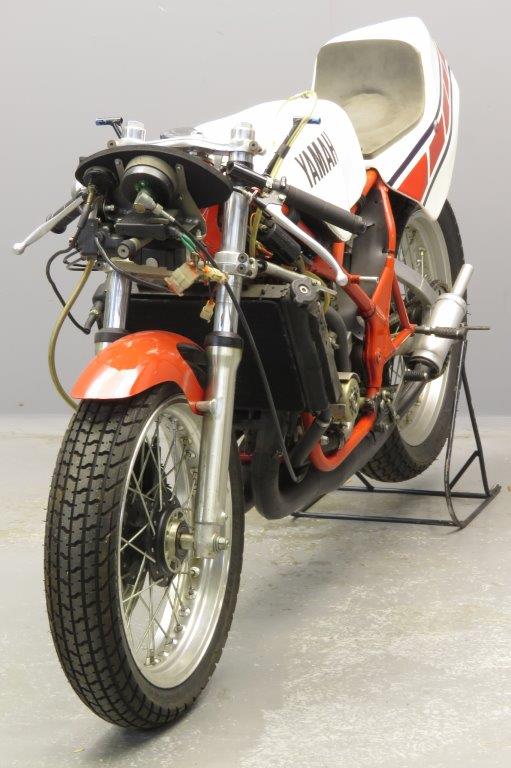 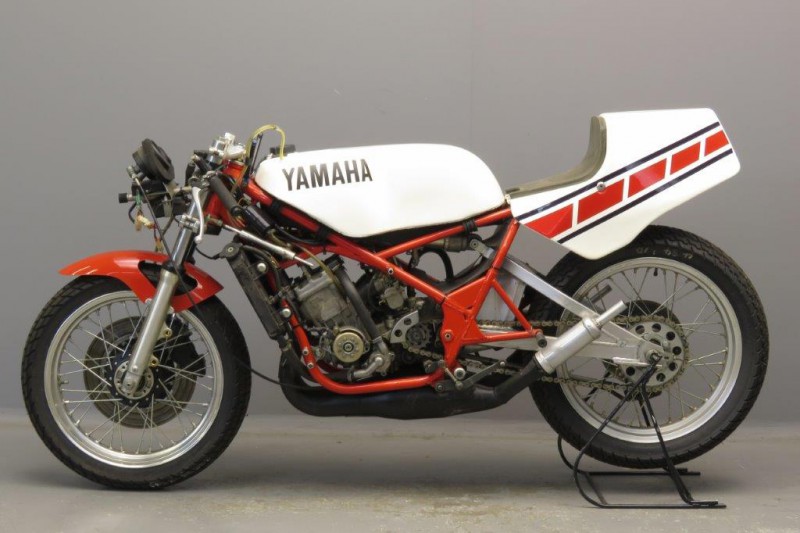 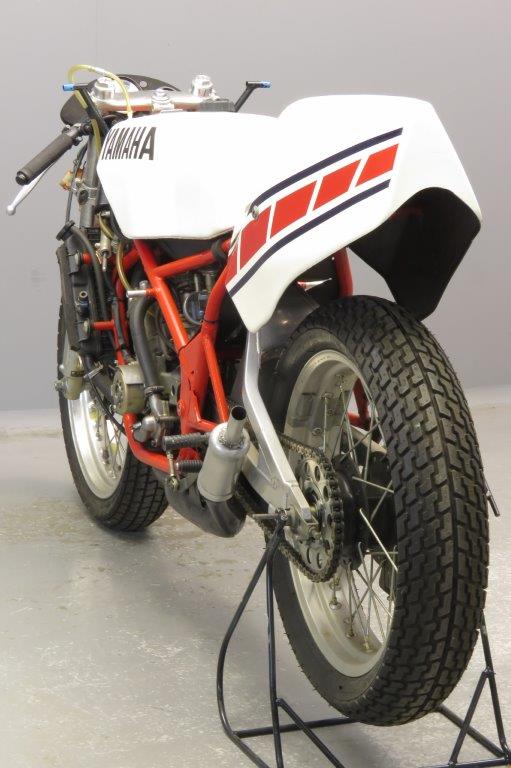 Last of the steel framed TZ’s and the first with reed valves – as such, this model represents an interesting turning point in the history of the TZ250 grand prix two stroke range.
Yamaha only made a few 1985 models, as people were hanging on for the much anticipated aluminium framed bike of 1986, so this is a rare bike.
The original import document and invoice show that it was imported in The Netherlands in January 1985 and cost a bit more than 35,000 guilders, quite a fortune indeed: you could get 4 brandnew Yamaha XV 750 SE custom bikes fort that price.
The TZ was bought by famous Dutch racer Rob Bron, who at the time had finished his active racing career and had set up shop as a tuning and racing specialist.
Rob had had his best year in 1971 when he finished in third place in the 500cc world championship behind Giacomo Agostini and Keith Turner.
That year at the race in Assen he finished second in the 500 cc class behind Agostini.
This TZ has been raced in The Netherlands and has been part of a static collection for many years. She will need a full checkup before being recommissioned.