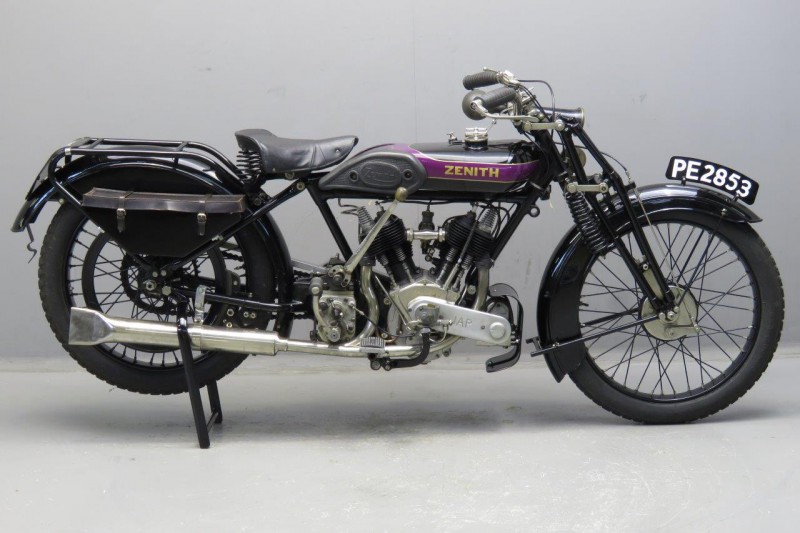 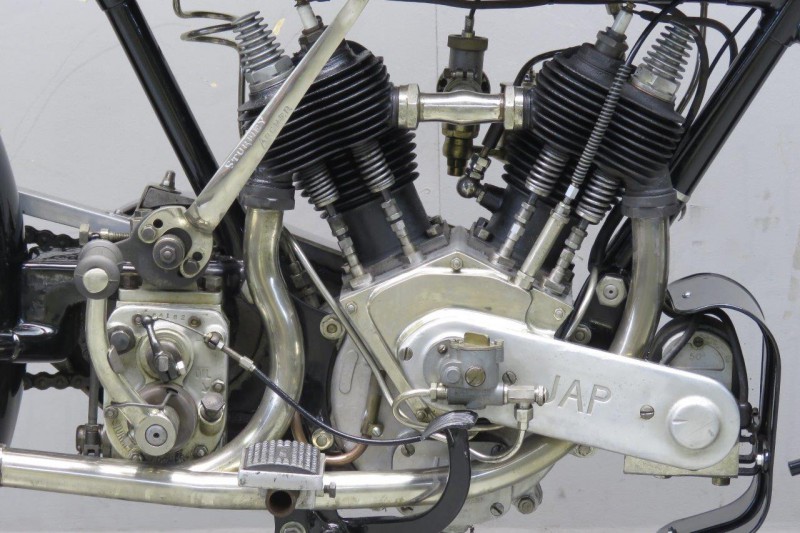 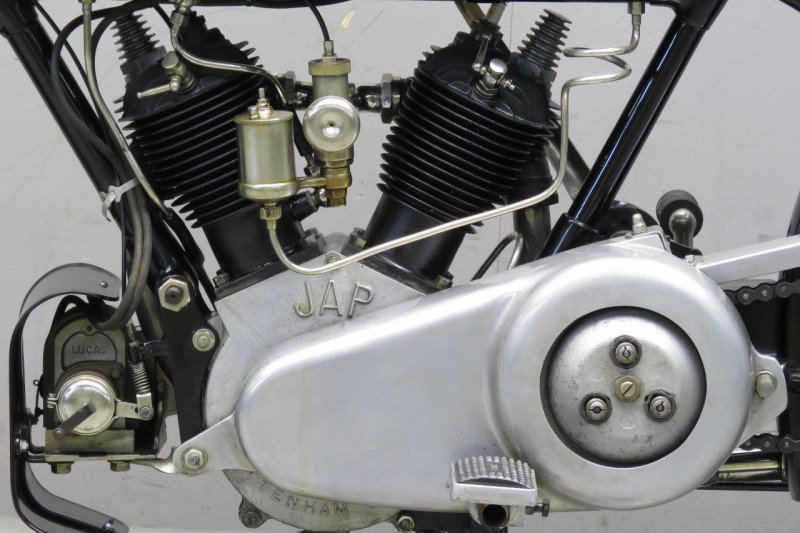 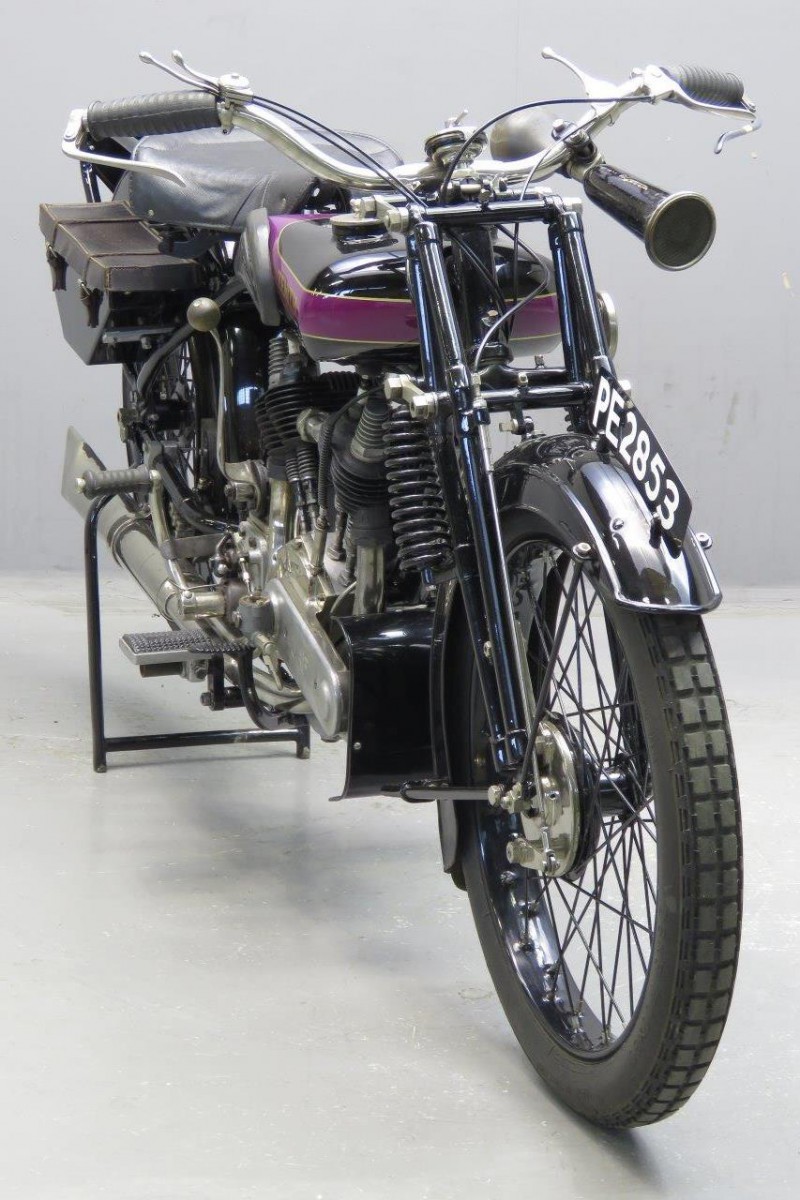 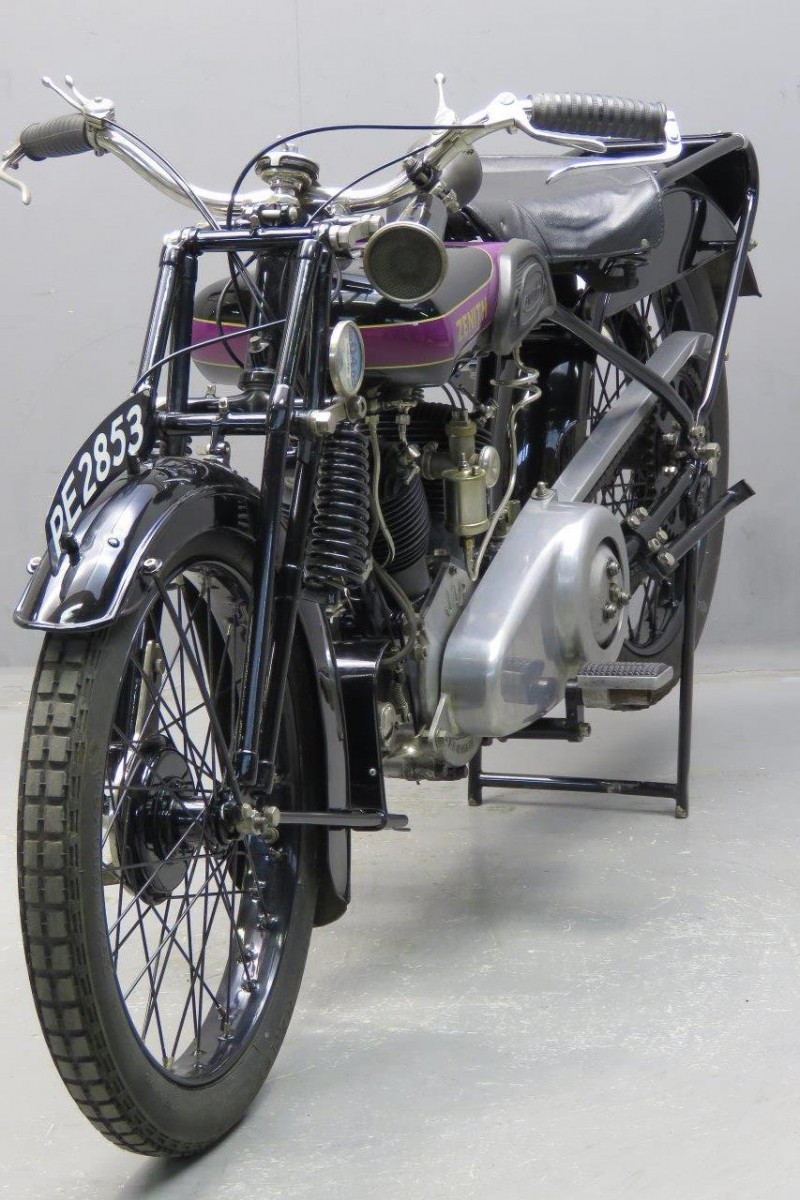 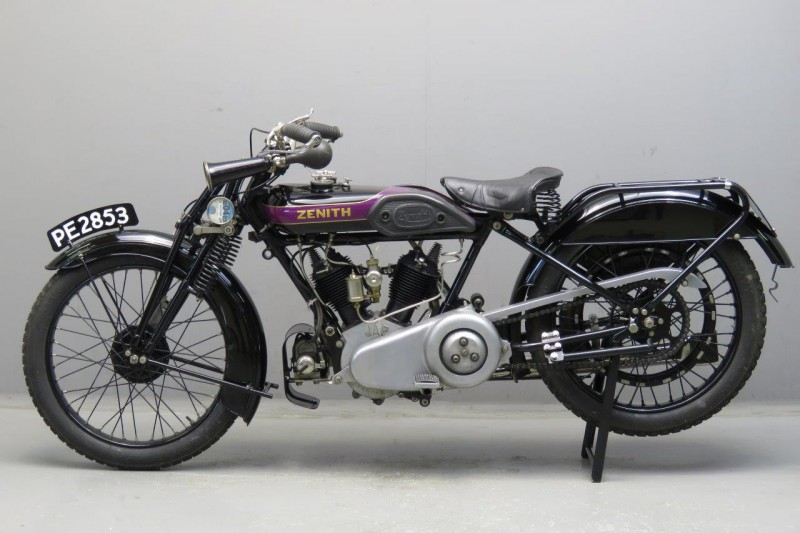 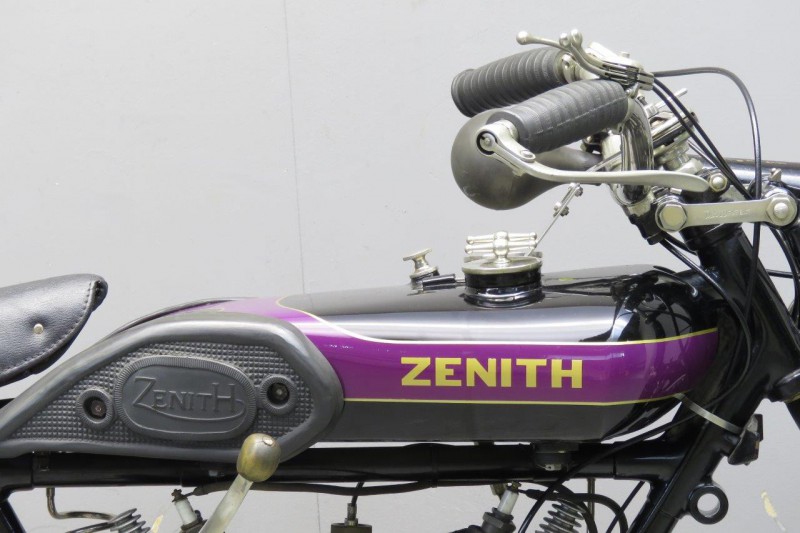 Zenith machines were manufactured from 1904 till 1950, in a variety of factories in or around London. From the early days proprietary engines were used, such as Fafnir, Green-Precision, JAP, Bradshaw and Villiers. The latter engines were used in most models from the thirties.
In pre WW1 days Zenith machines gained many successes; driving force was chief Engineer Freddy Barnes, who was responsible for the famous “Gradua” gear.
In the twenties production had to be economized and  the expensive Gradua system gave way to a more conventional Sturmey Archer 3 speed gearbox.
Zenith stayed in the forefront with their racing  and record breaking activities: in 1924 the company gained 3 British championships, 141 Awards at Brooklands and  national championships of Austria and Germany to name a few.
The 1925 range consisted of six singles in capacities  from 344 to 548 cc, all equipped with JAP engines with the exception of the 548 cc machine that got its driving force from  a Blackburne product.
The top of the range consisted of  V-twins in 680 an 976 cc capacities.
This fine double-purpose sports tourer is fitted with  Amac  carburettor and Lucas bulb horn and  magneto.
It’s a well cared for older restoration.