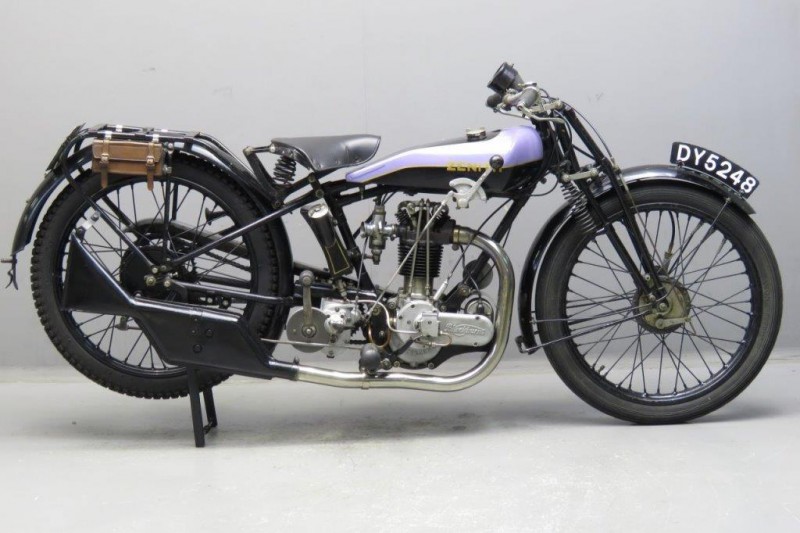 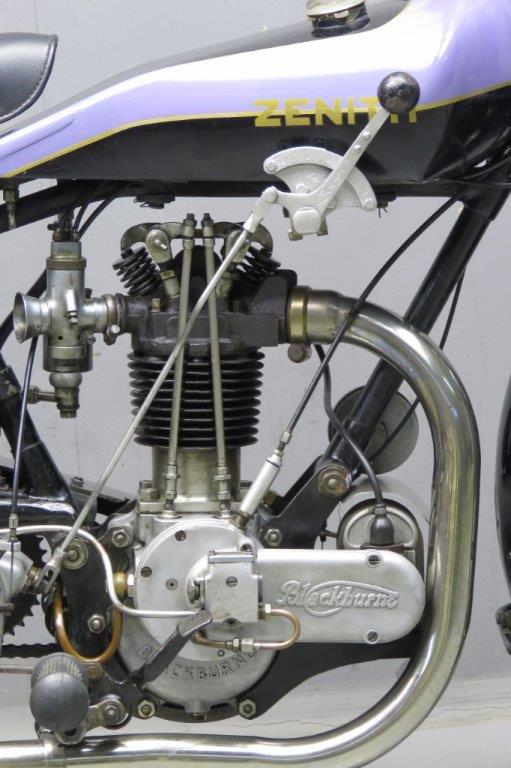 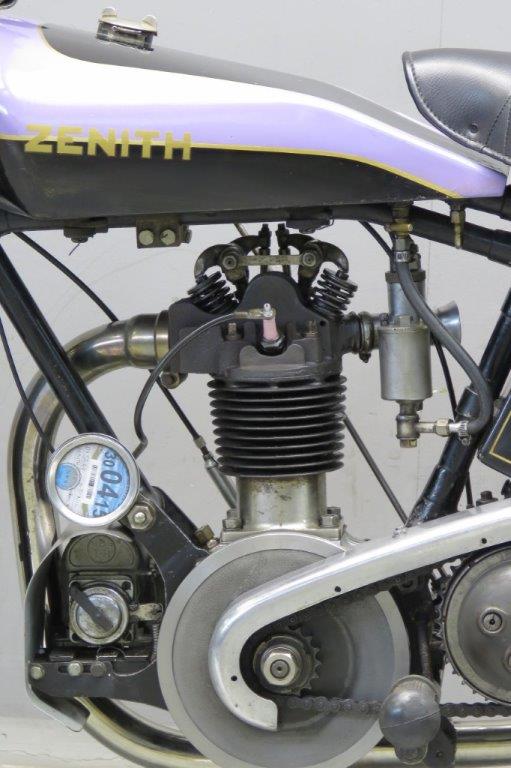 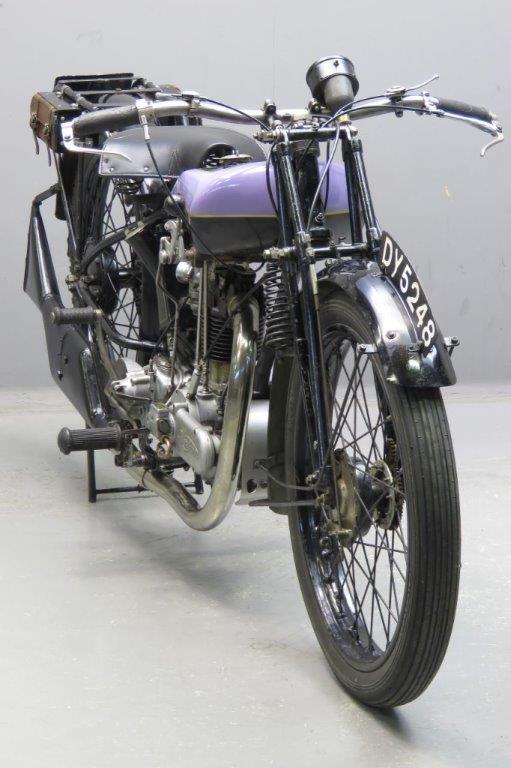 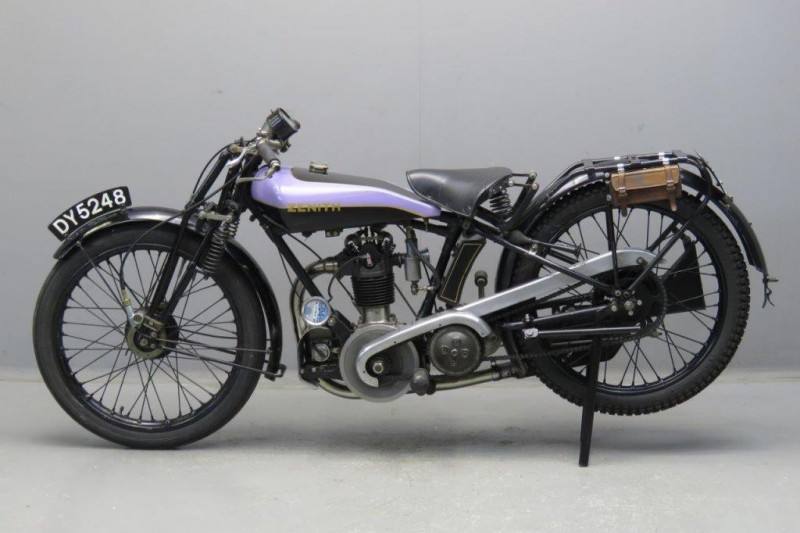 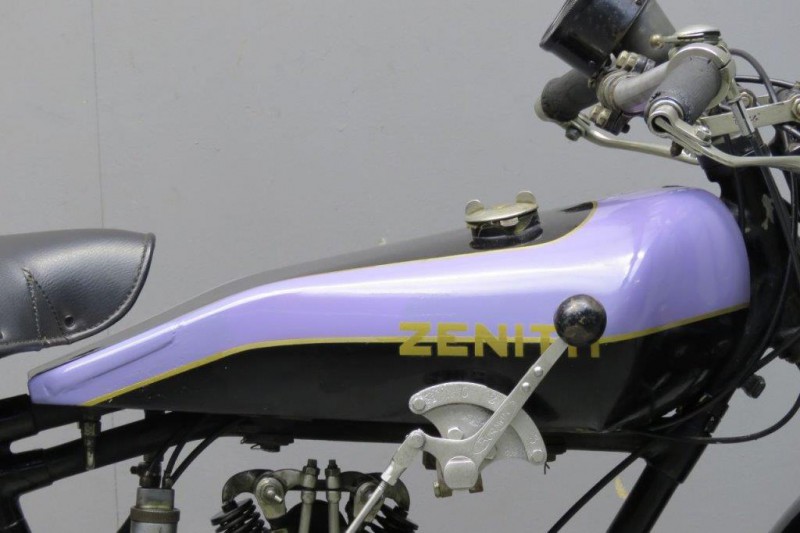 Zenith machines  were  manufactured from 1904 till 1950, in a variety of factories in or around London.
From the early days proprietary engines were used, such as Fafnir, Green-Precision, JAP, Bradshaw, Blackburne  and Villiers.
The latter engines were used in most models from the thirties.
Already in pre WW1 days Zenith machines gained many successes; driving force was chief Engineer Freddy Barnes, who was responsible for the famous “Gradua” gear.
In the twenties production had to be economized and the expensive Gradua system gave way to a more conventional Sturmey Archer  or Burman 3 speed gearbox.
Zenith stayed in the forefront with their racing and record breaking activities: in 1928 a Zenith-J.A.P. established a world record of 124.62 MPH at Arpajon in France.
The 350 was described by the company as a  semi-sports mount and was available  with JAP engine   as  Model 19 B in single port version and Model  20 A in two-port guise.
The Blackburne-engined  model was designated Model 19C.
This lively  vintage mount has been restored a number of years ago and is fitted with Leckie spring-top saddle and Smiths speedometer.