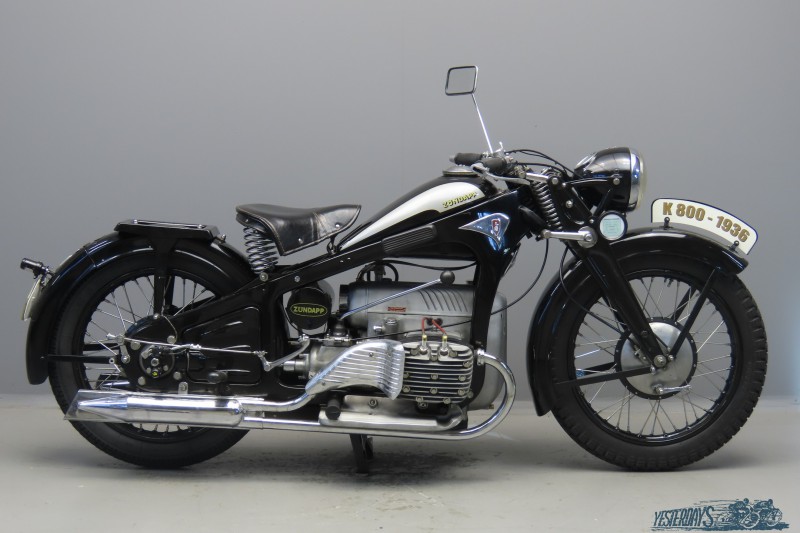 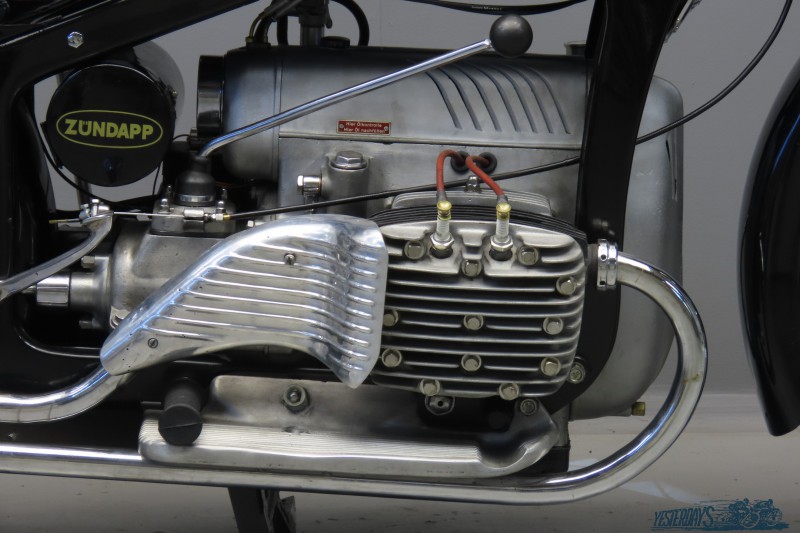 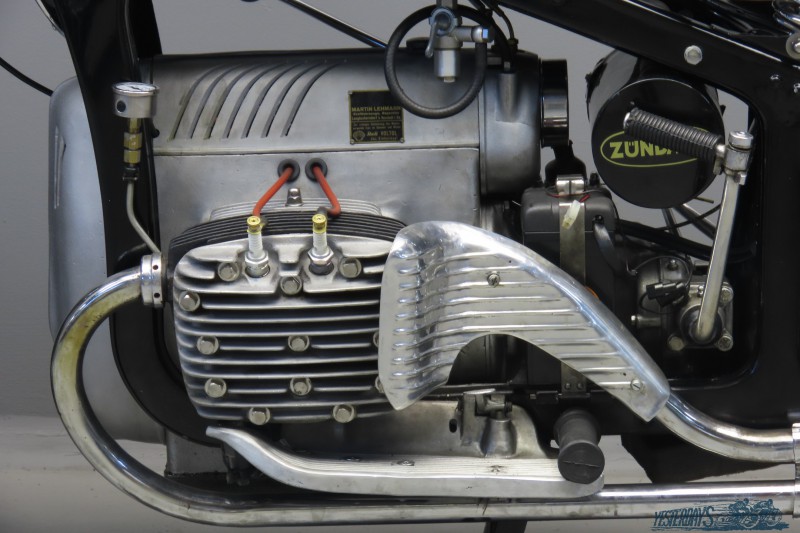 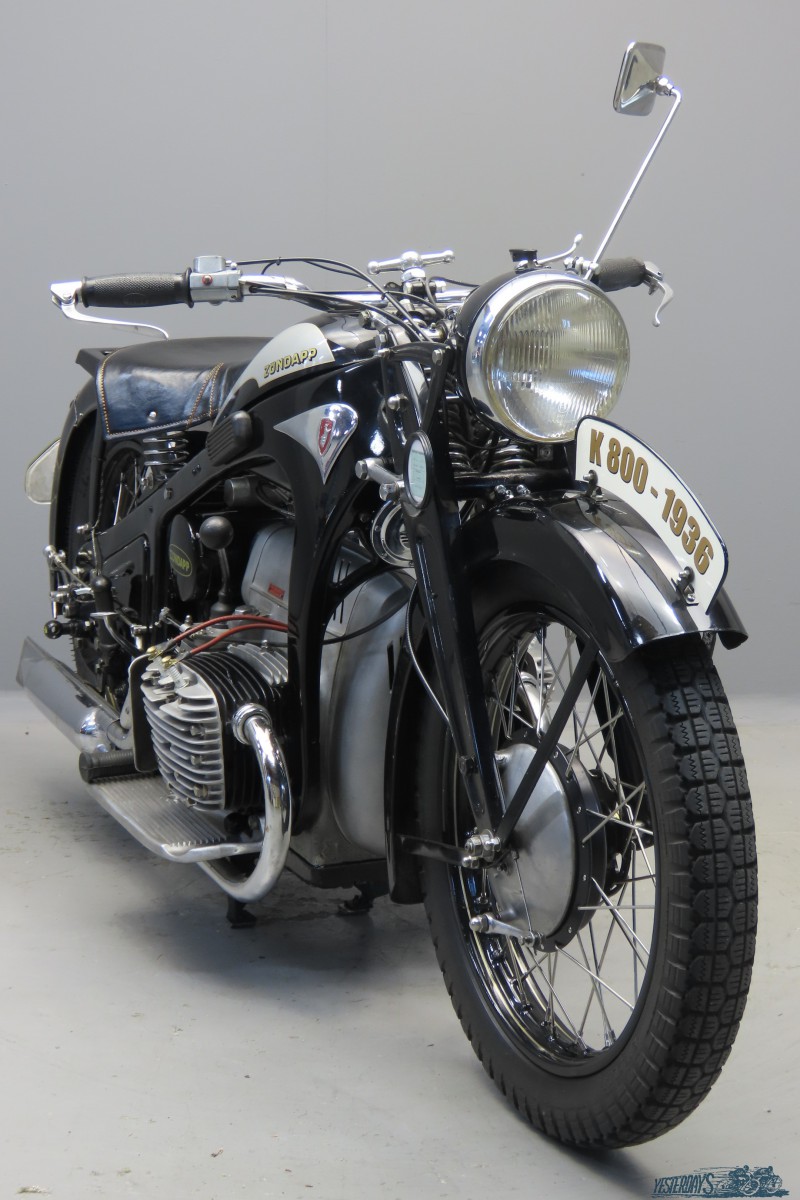 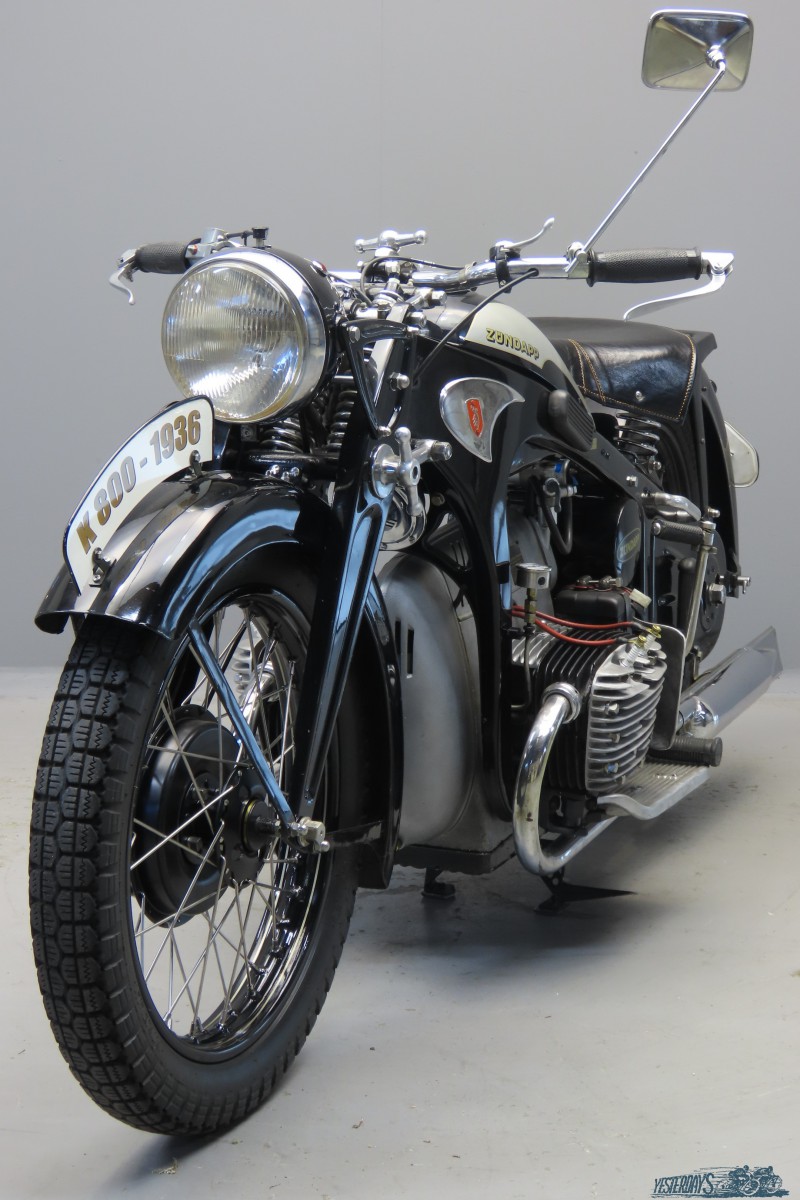 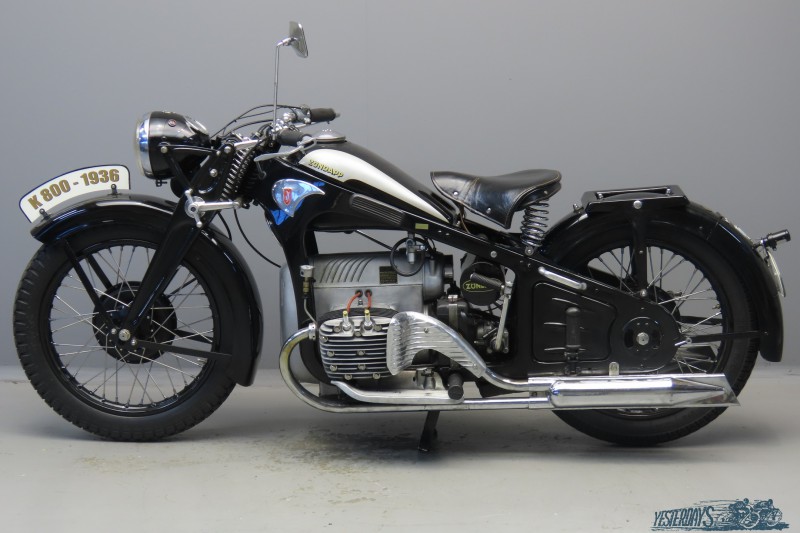 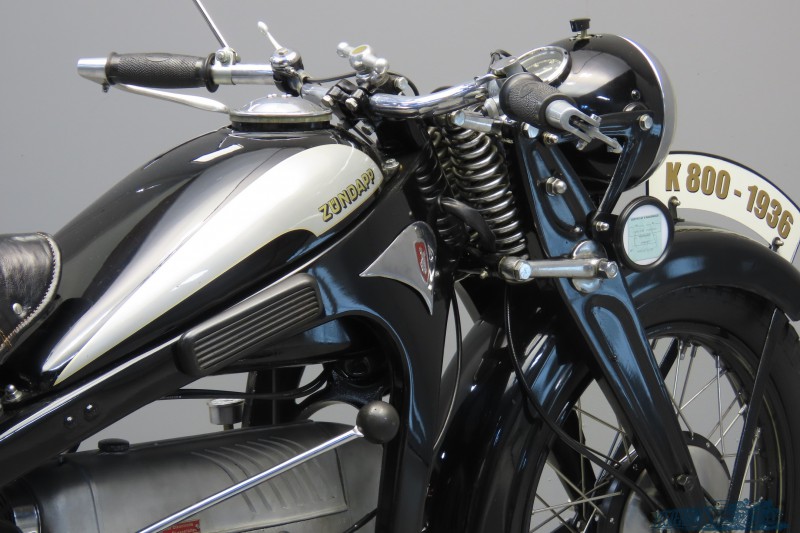 Zündapp 1936 K800 798cc transverse side valve four cylinder frame# 196811 engine # 194663
The company was founded at the height of WWI to manufacture fuses for artillery guns; hence the company name Zünder- und Apparatebau GMBH. A new role was found post-war as a producer of motorcycles under the direction of the new owner, Dr Fritz Neumeyer, building its first machine, a Levis-powered two-stroke, in 1921. The firm began making its own engines in 1924 and sold more than 10,000 machines that year. At the Berlin Motor Show in 1933 the company introduced the first of the horizontally opposed, four-stroke twins that it is best remembered for. These formed part of an extensive and diverse range of models, all but the smallest two-stroke being designated by the letter ‘K’ (for kardan, meaning ‘shaft’). Among the models premiered were the K400 (398cc) and K500 (496cc) side valve twins, both of which employed designer Richard Küchen’s unconventional all-chain four-speed ‘gearbox’ and shaft final drive. Introduced at the same time was another Küchen design: a horizontally opposed four made in 598cc (K600) and 798cc (K800) capacities. The robust frame and girder forks were made of pressed steel, an advanced feature at the time. They were eminently suited to withstanding the stresses and strains imposed by travel on 1930s roads. The new Zündapp range was an enormous success and in September 1933 the firm produced its 100,000th machine, quite an achievement after little more than a decade as a motorcycle manufacturer. The larger Zündapps saw service in substantial numbers with private riders as well as the German Army.
The K800 has an opposed 798cc four cylinder engine with bore x stroke of 62x66mm producing 22hp and driving the shaft driven rear wheel via a 4-speed hand-change gearbox. The gears were duplex chain driven, a feature for which the company claimed it smoothened out the transmission shocks and made for less gearbox noise. The headlamp contains a 120 km Veigel speedometer. An interesting and practical feature is the hinged left hand side footboard that acts as a side stand. An aftermarket oil pressure gauge assures the rider all is well in the lubrication department. The design of the K800 is unmistakably beautiful, the profile of the motorcycle looks like a work of modern art and the aesthetically appealing engine design makes it stand out among the opposed cylinder power plants of the era.This rare Zündapp K800 has been restored to a high standard and runs like clockwork.